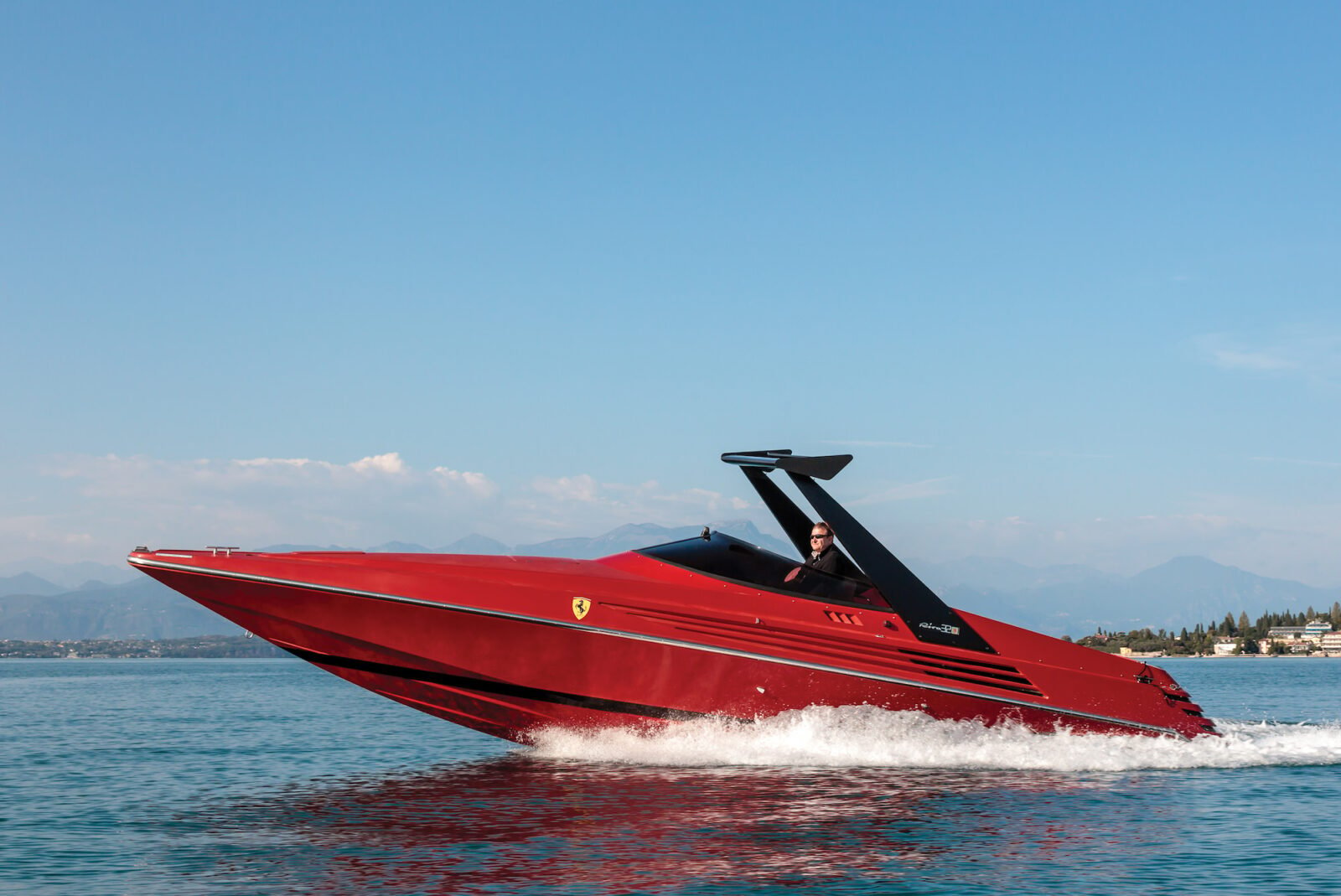 The Riva Ferrari 32 was developed as a joint project between two of Italy’s finest vehicle manufacturers – Riva and Ferrari. Just 30 examples were ever built, and due to their rarity and dual-name heritage they only very rarely come up for sale.

The development of the Riva Ferrari 32 was headed by Gino Gervasoni (Chairman of Canter Riva) and Enzo Ferrari. Enzo had his cutting edge Ferrari computer aided design (CAD) engineers working in collaboration with the far more traditional Riva engineers.

The men incorporated design elements of the traditional Riva offerings with the more modern aspects of Ferrari cars, like the Testarossa-style air intakes along the sides and the Formula One-style wing mounted above the driver.

The captain and co-captain seats both have bases that flip down so the boat can be driven while sitting or standing, and each seat has its own drink tray. The instrumentation is all Riva/VDO and the boat has a modest cuddy cabin in the bow, with ample berthing for 2 people on short trips, with an overhead hatch, a concealed marine toilet, and a number of stowage spaces for clothing and equipment.

Below decks a A Clarion AM/FM/CD with a dash mounted remote control, provides music through Polyplaner 80W speakers. You probably wouldn’t want to spend too many nights sleeping in the cuddy, but for a weekend in a Greek bay it could be almost perfect – so long as there is a restaurant on shore with plenty of wine on hand.

This example is chassis #28 fitted with engines #4758 and #4759, it’s a 1990 model and as with all the Riva Ferrari 32s, it’s fitted with twin 390hp V8 Vulcano 400 engines capable of 54 knots (62mph). This is probably a vessel you’d buy for use in Monaco or maybe even Venice if you’re ambitious, it’s due to be auctioned via RM Sotheby’s on the 14th of May and if you’d like to read more or register to bid you can click here. 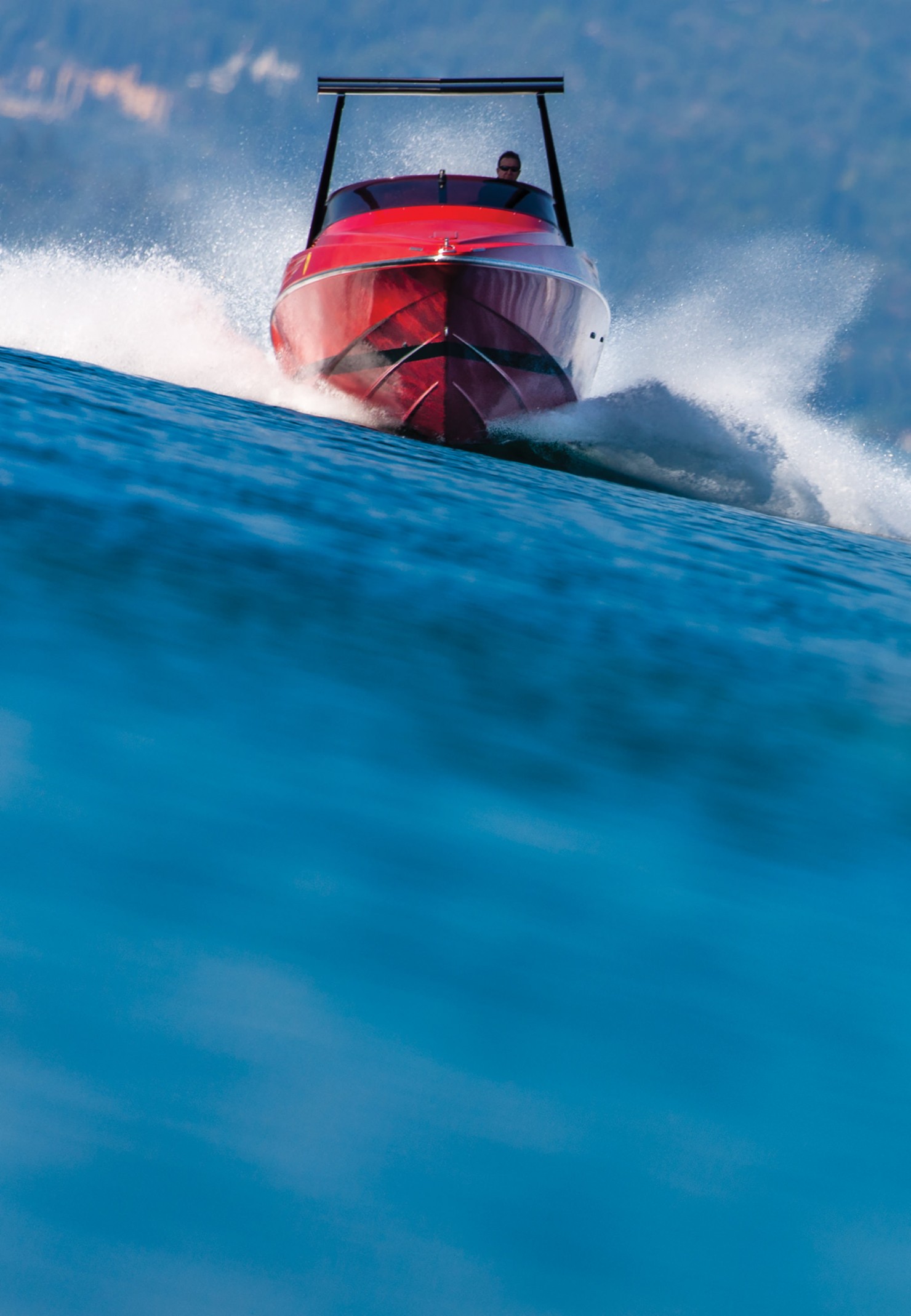 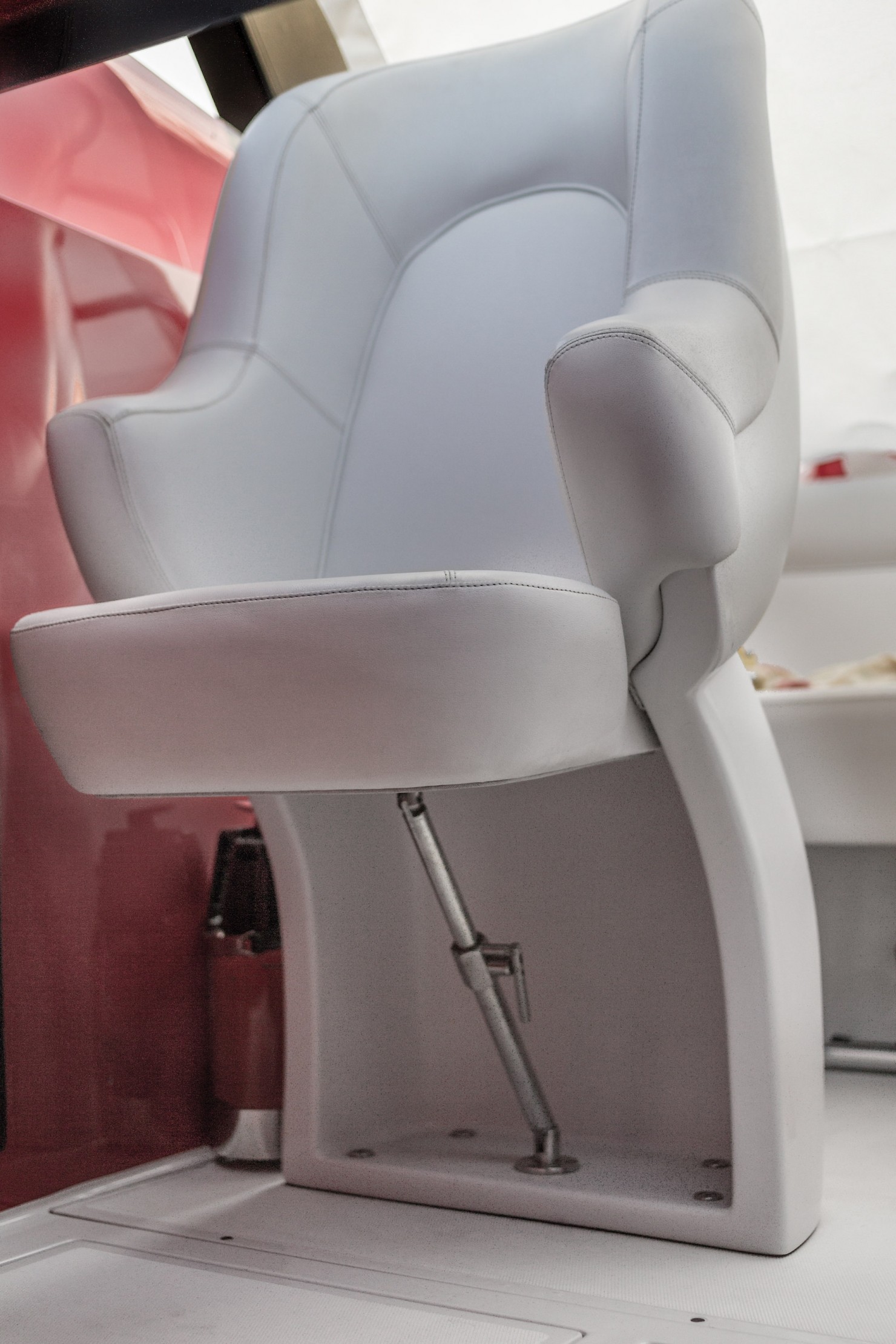 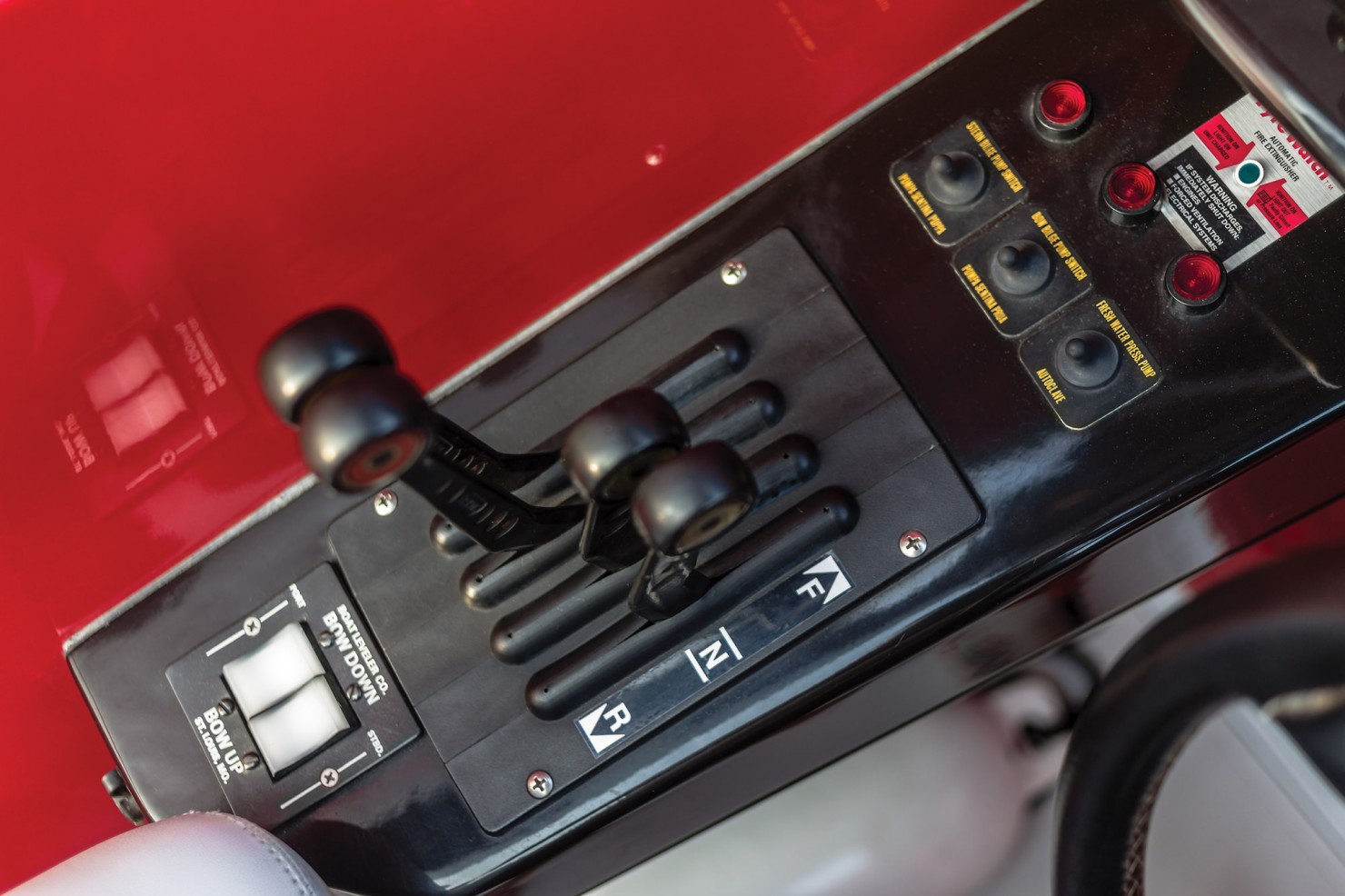 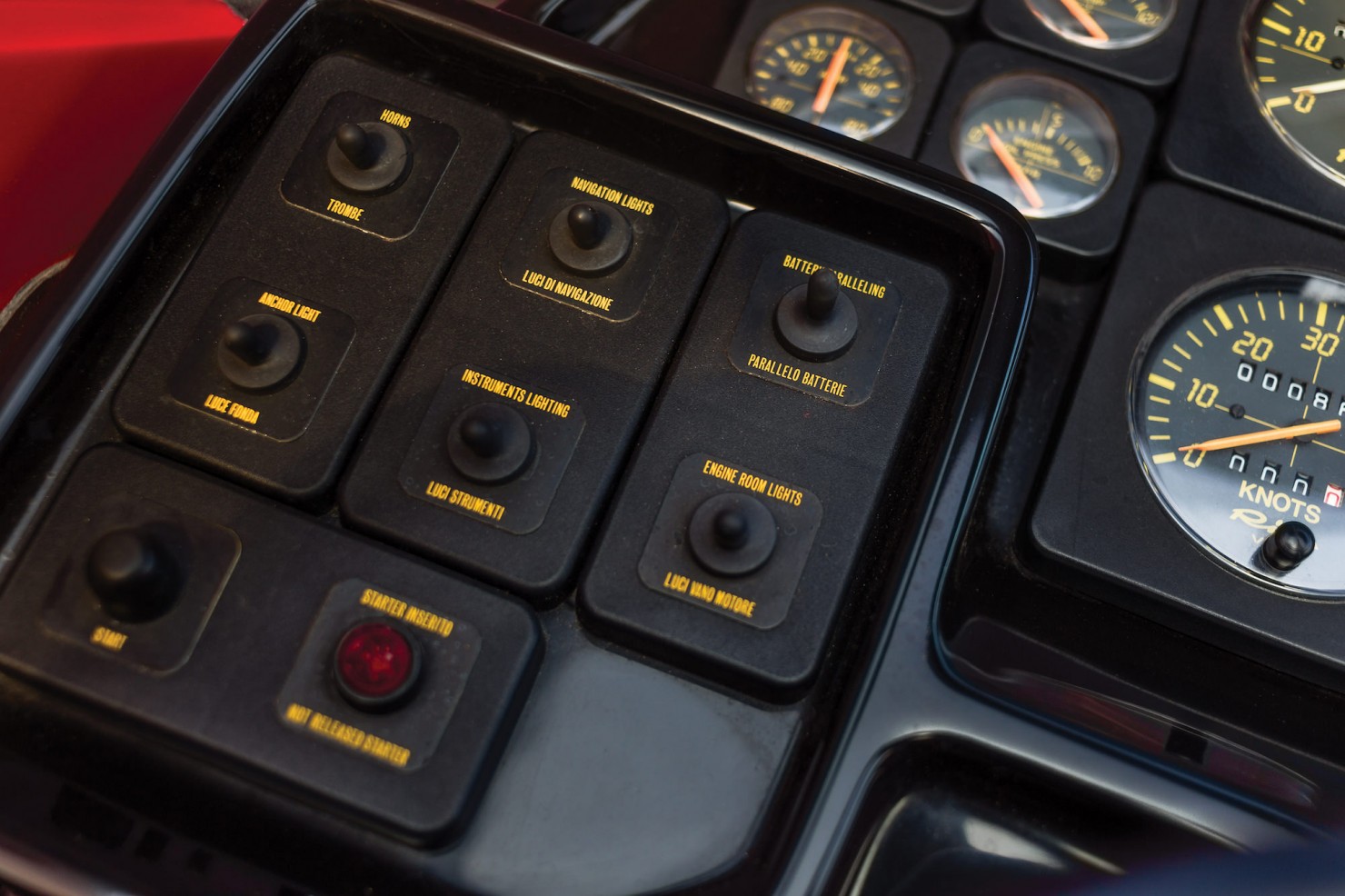 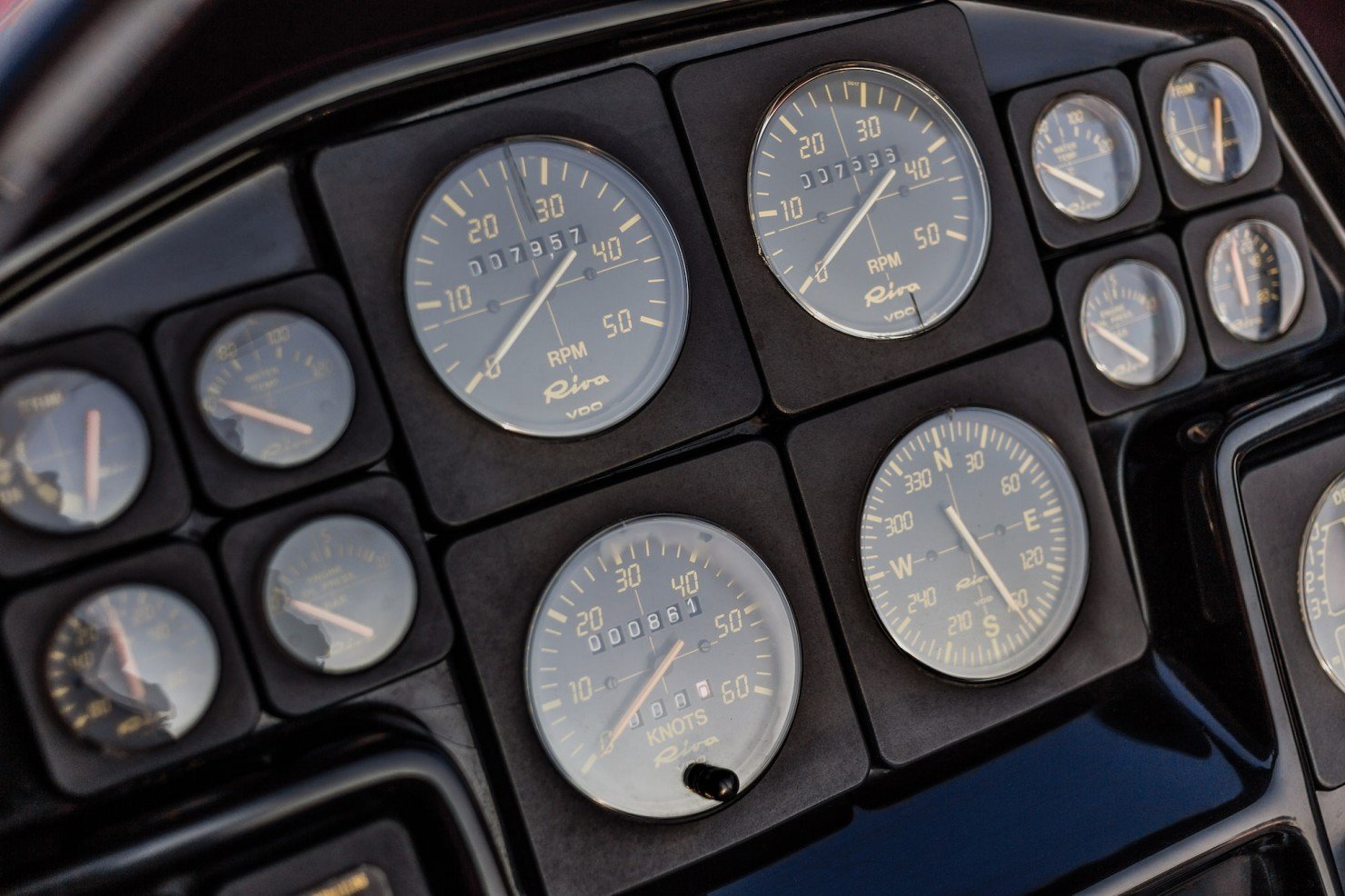 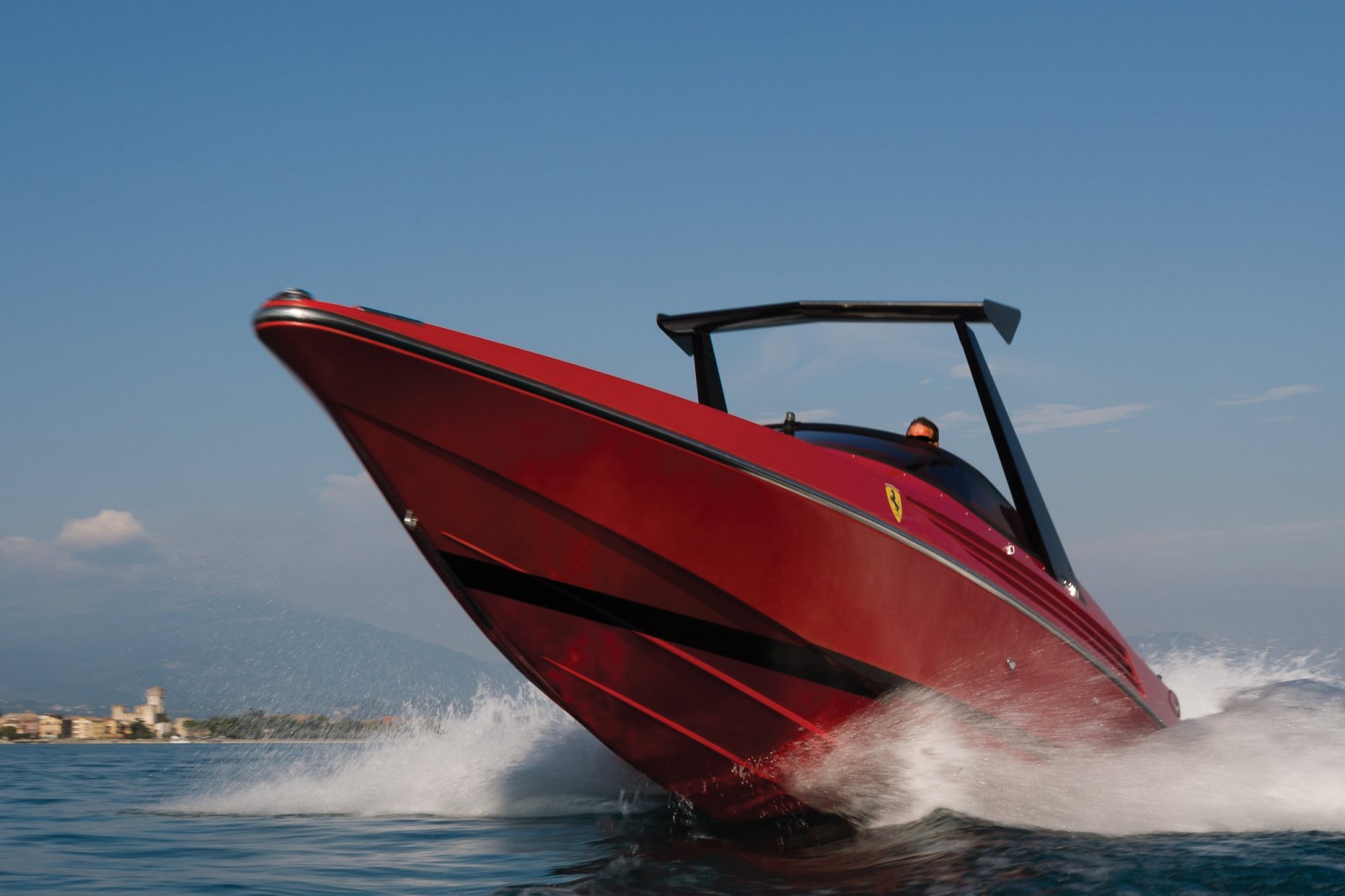 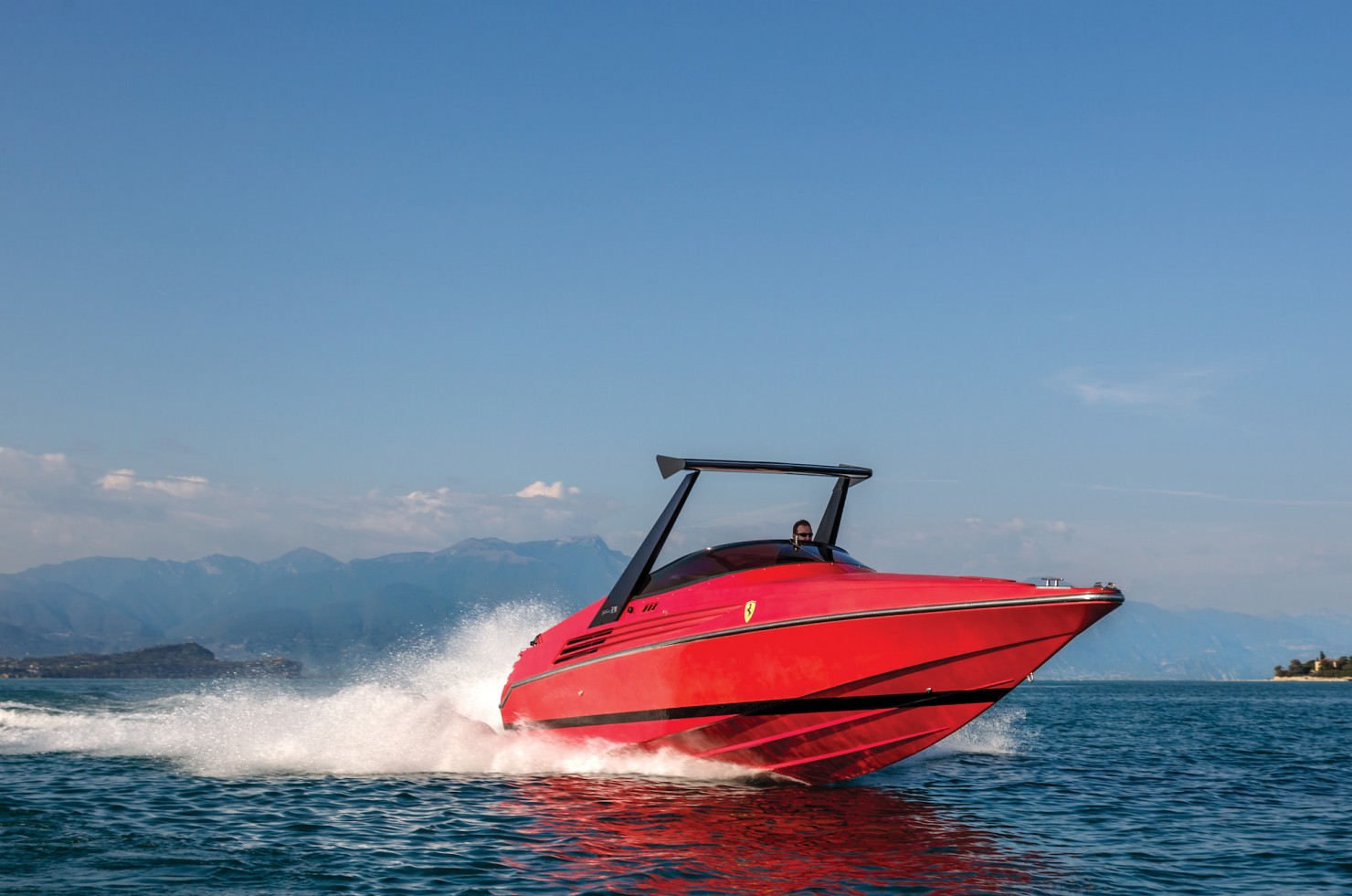 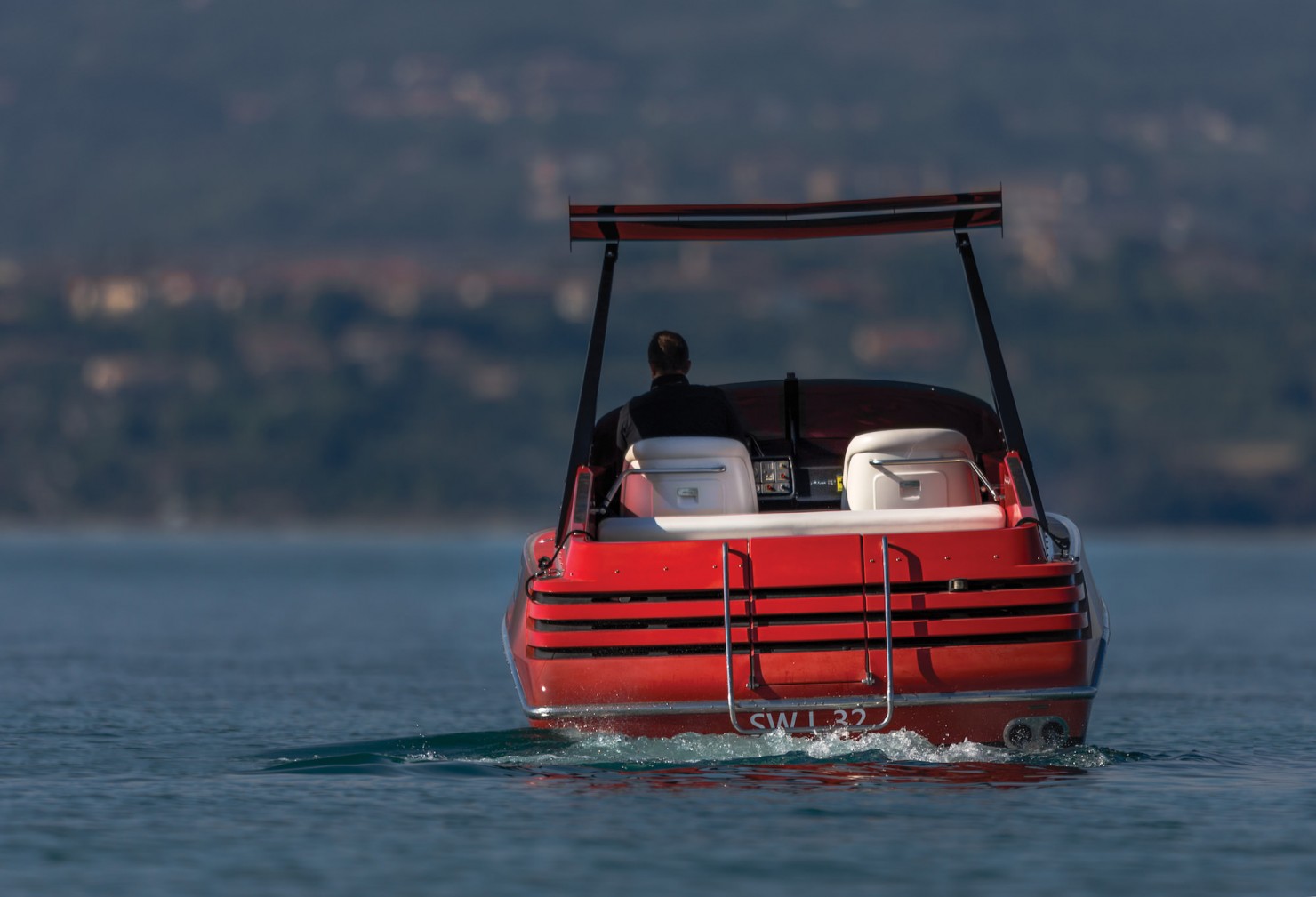 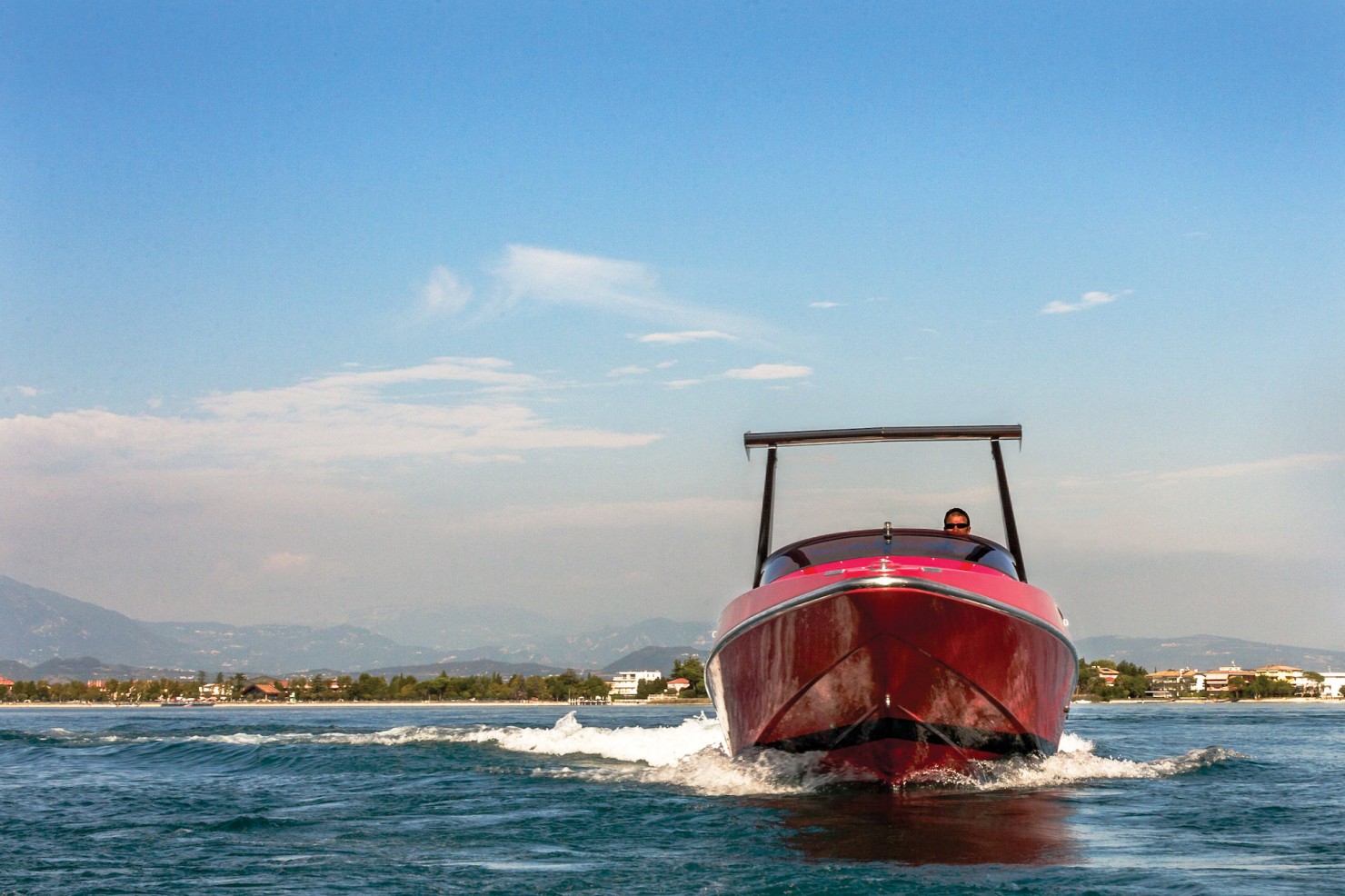 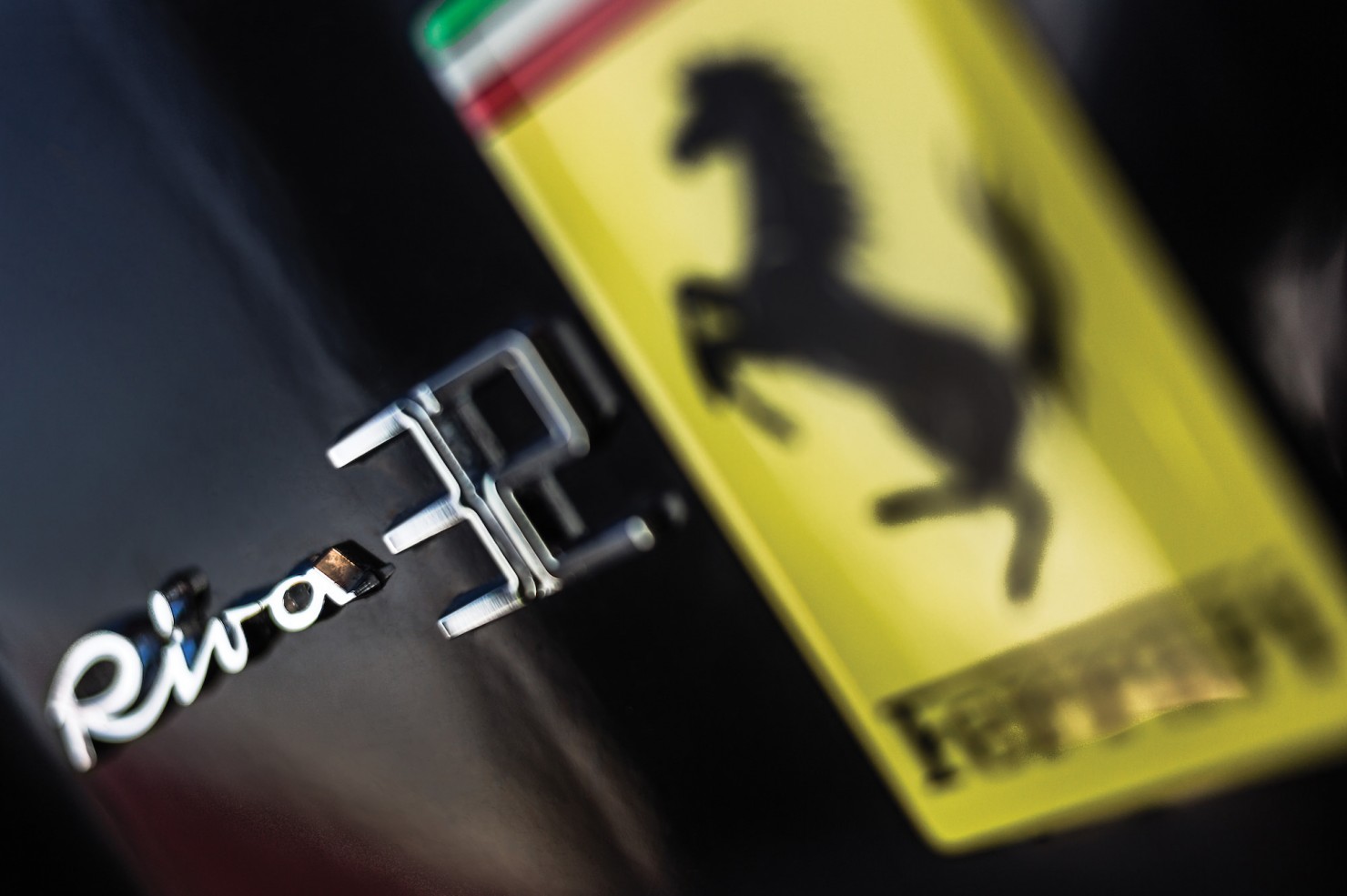 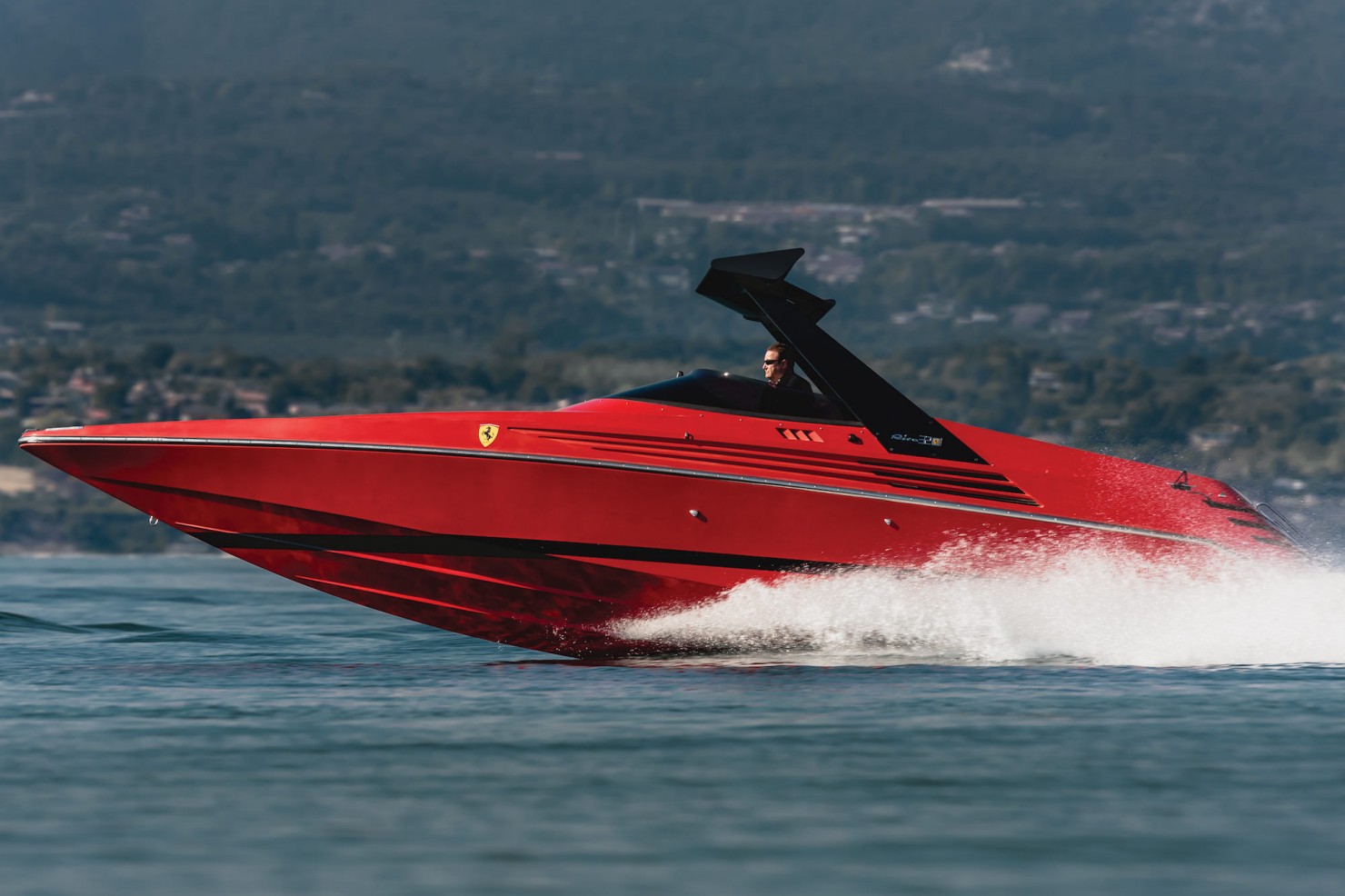 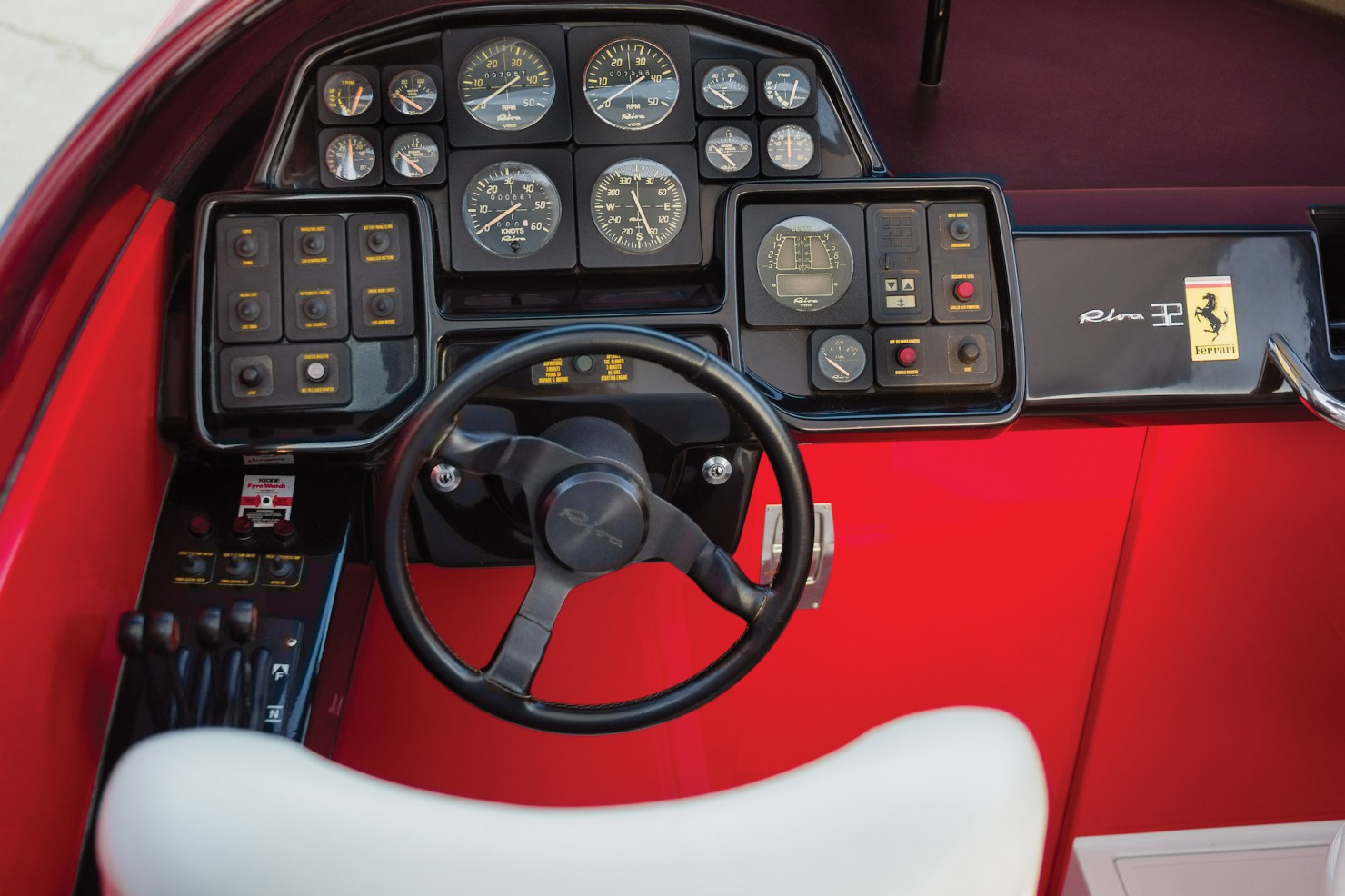 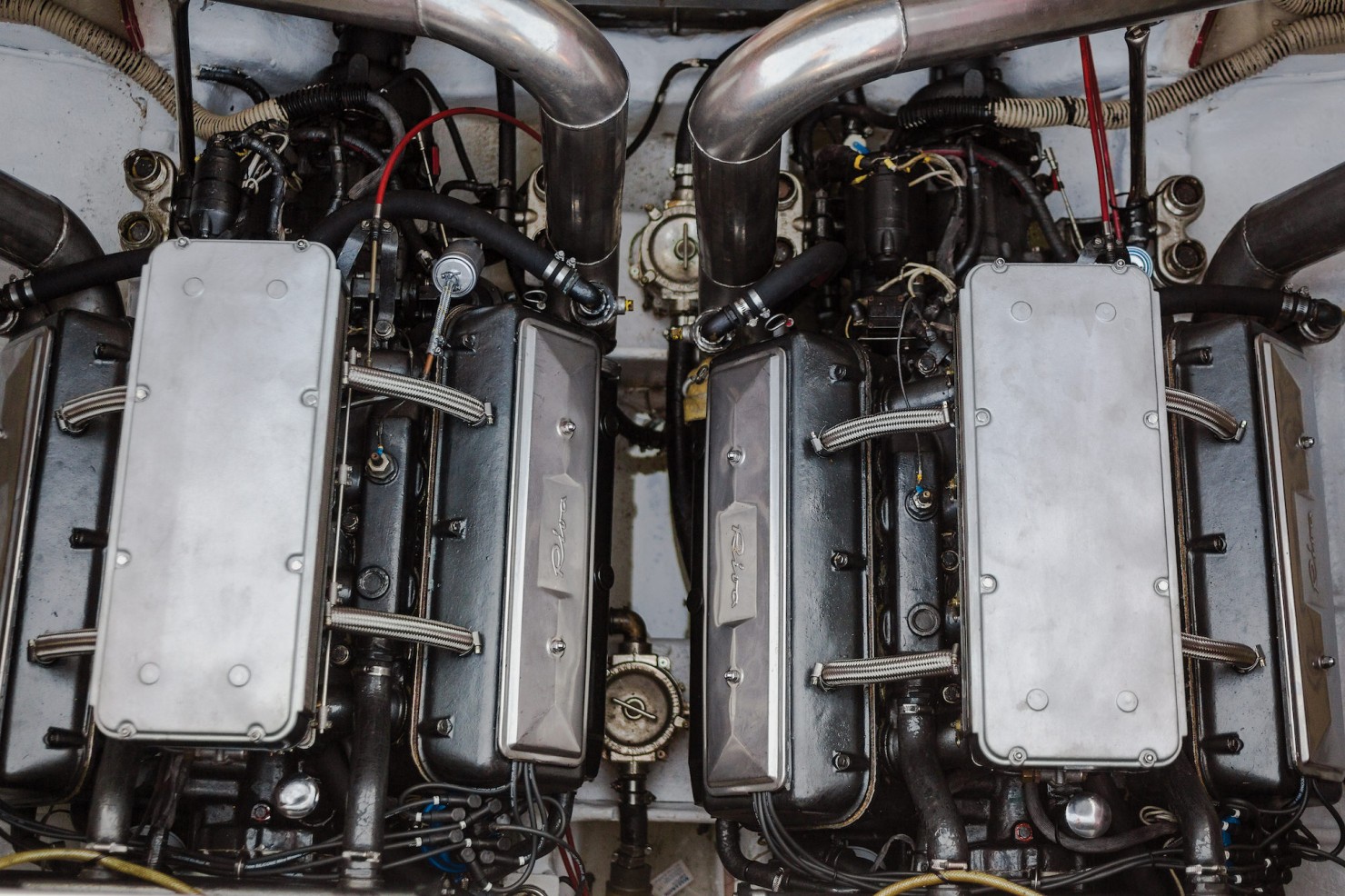 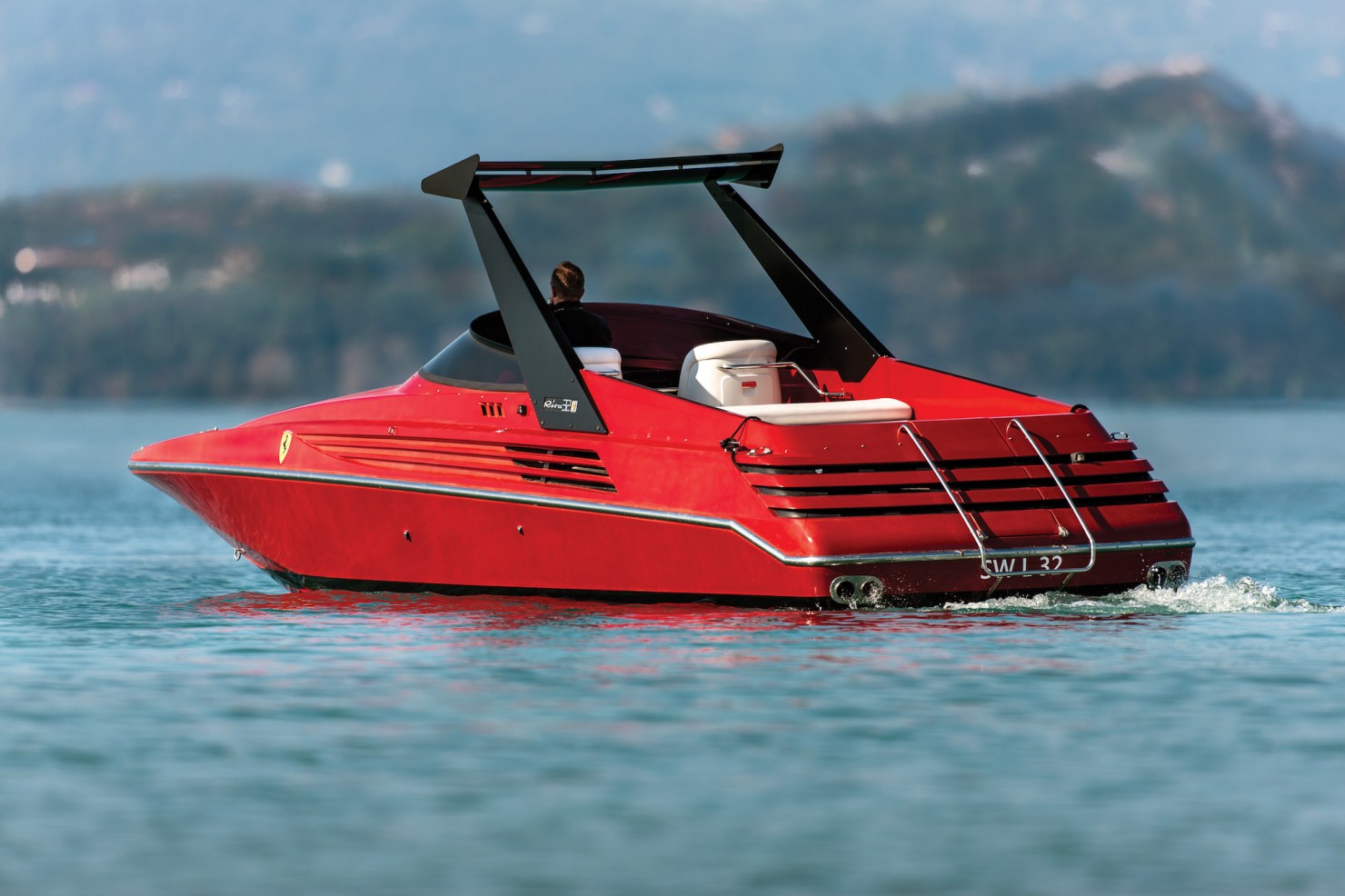 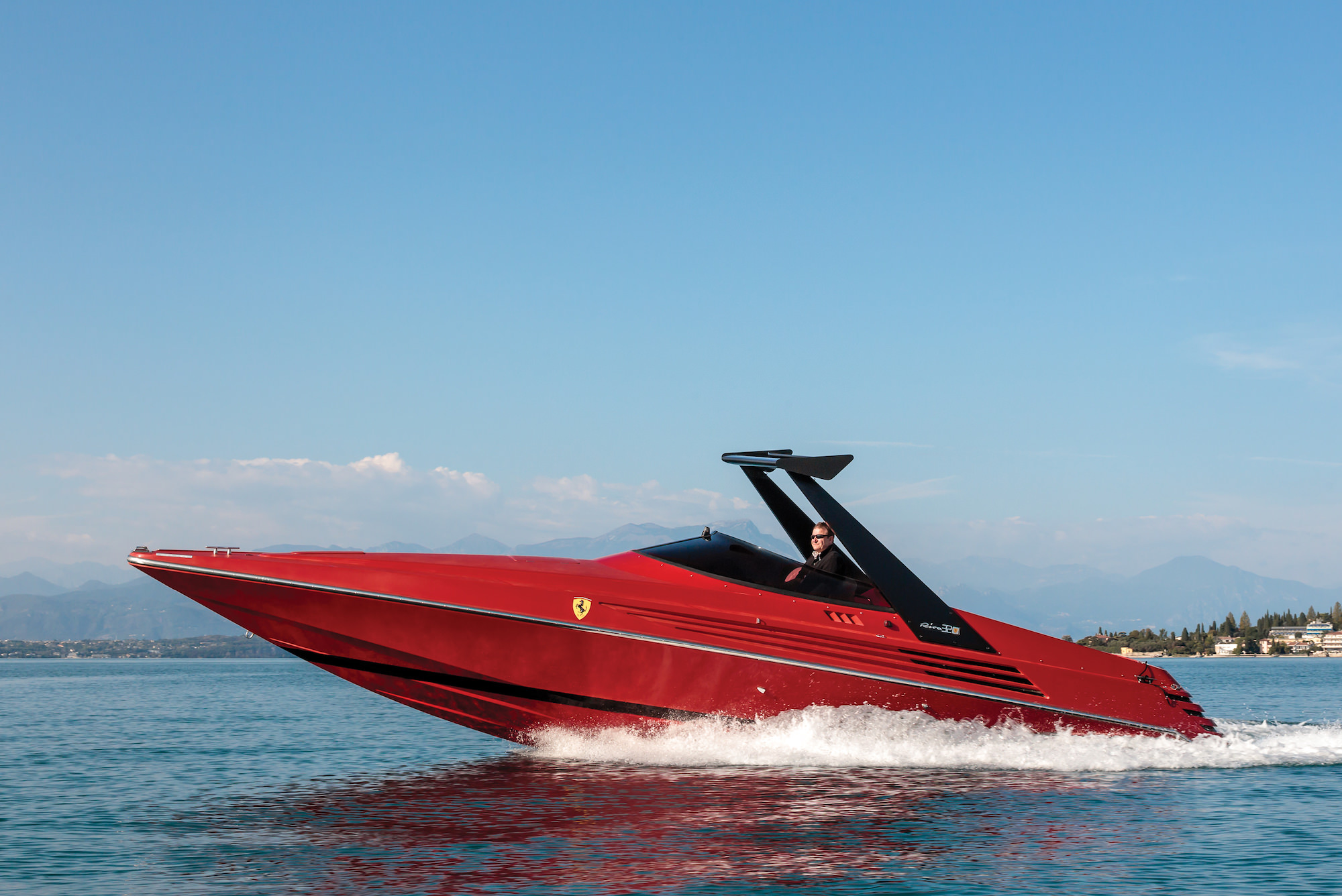