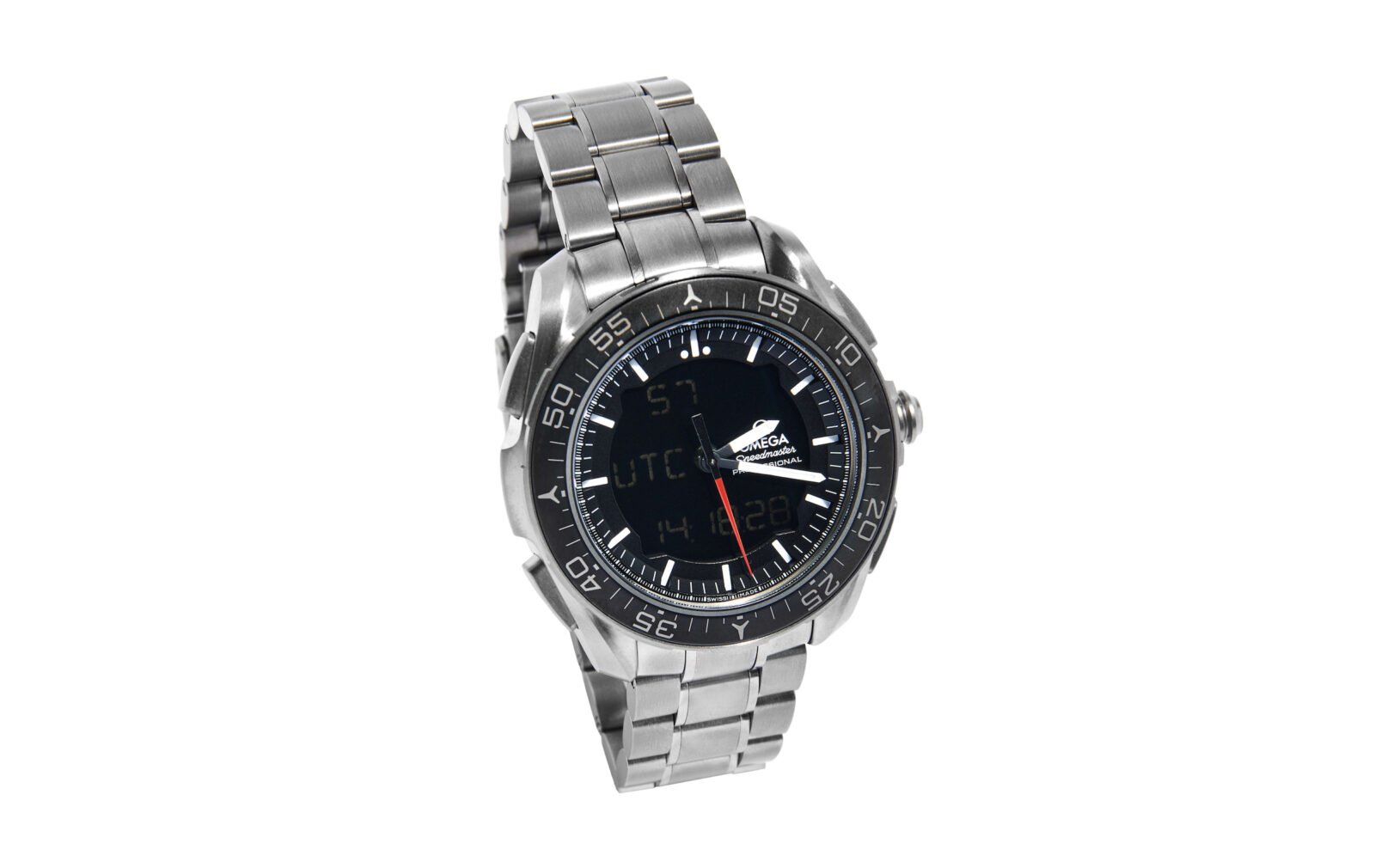 This Speedmaster Skywalker X-33 flew to the International Space Station aboard the Japanese space freighter HTV-6 which launched on the 9th of December 2016 on the wrist of ESA astronaut Thomas Pesquet’s as part of his Proxima mission.

It returned to Earth in the SpaceX Dragon CRS-11, on the 3rd of July 2017 shortly after the return of Pesquet. In total, the watch spent 206 days in space including 202 aboard the ISS.

The Speedmaster Skywalker X-33 was developed by Omega and the European Space Agency specifically for space flight, it’s powered by the Omega 5619 movement which has a thermo-compensated integrated circuit. 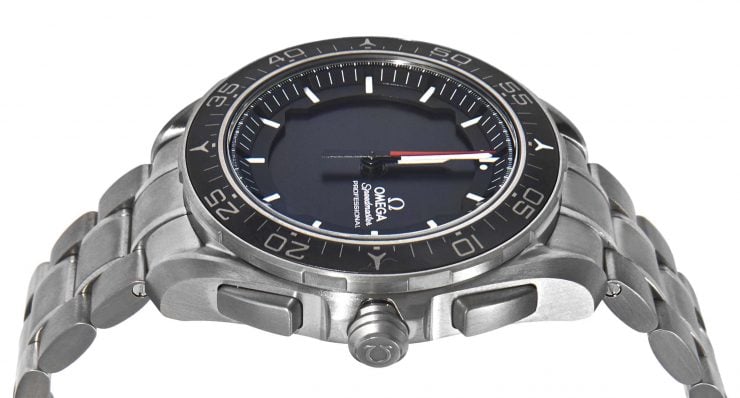 This quartz chronograph movement was developed under an ESA patent licence based on an invention by ESA astronaut Jean-François Clervoy, and the Speedmaster Skywalker X-33 has been approved by the ESA for inclusion in all of its missions.

The case, case back, and strap are all made of titanium, the watch features a ceramic bi-directional rotating bezel, and it has a scratch‑resistant sapphire crystal with anti‑reflective treatment on both sides. The analog hands and LCD windows display three different time zones, a chronograph, a timer, MET (Mission Elapsed Time), PET (Phase Elapsed Time), three alarms, and a perpetual calendar. The watch has 24 months of battery life and it’s water resistant to 3 Bar.

This watch was sold by Artcurial at their Sale Space Rarities Auction on the 12th of April, the bidding started at €10,000 and it eventually reached €52,000 by the time the hammer fell, if you’d like to you can click here to read the listing. 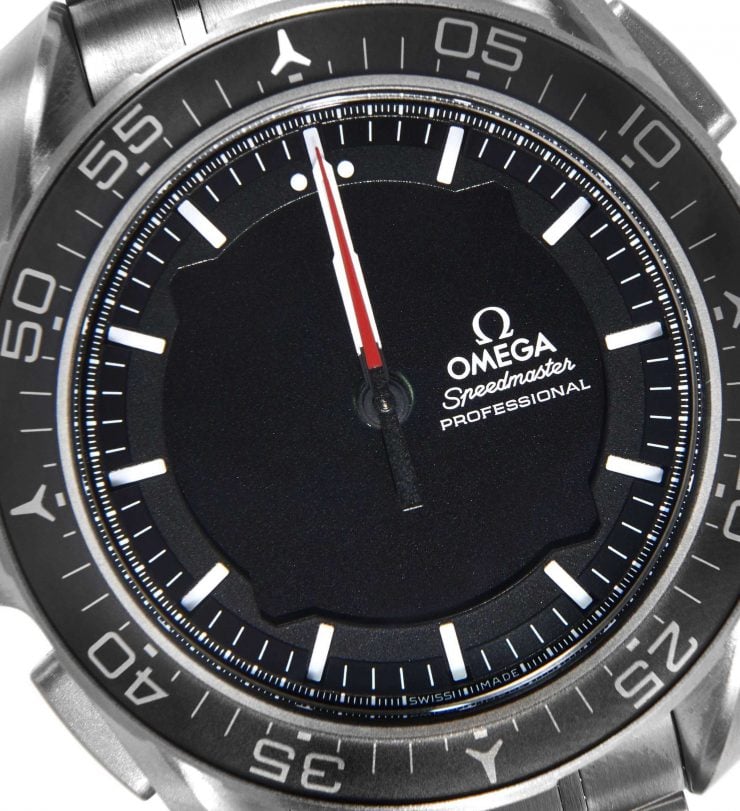 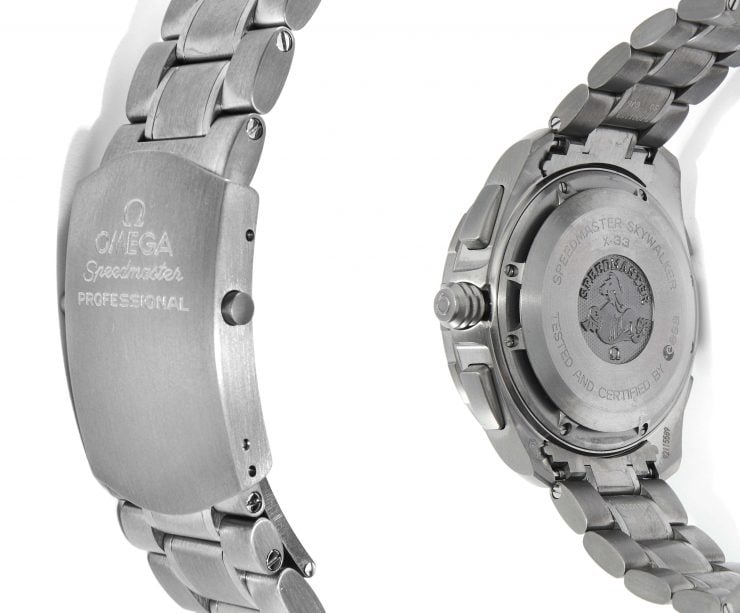 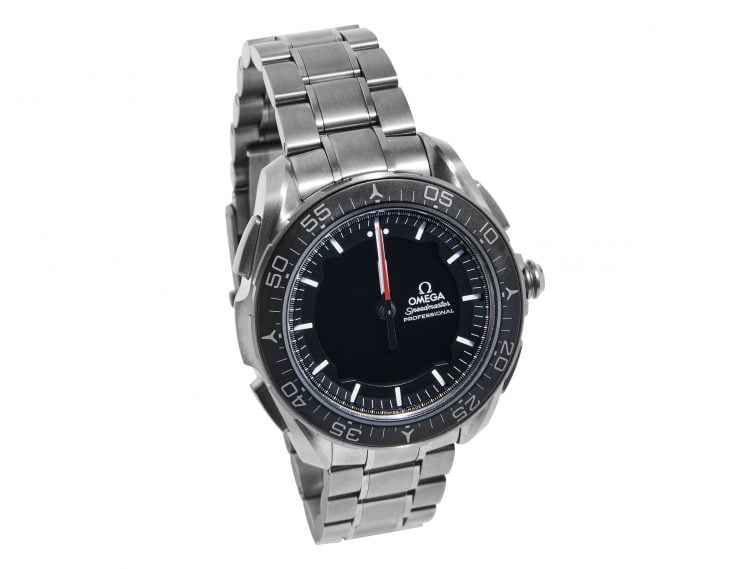 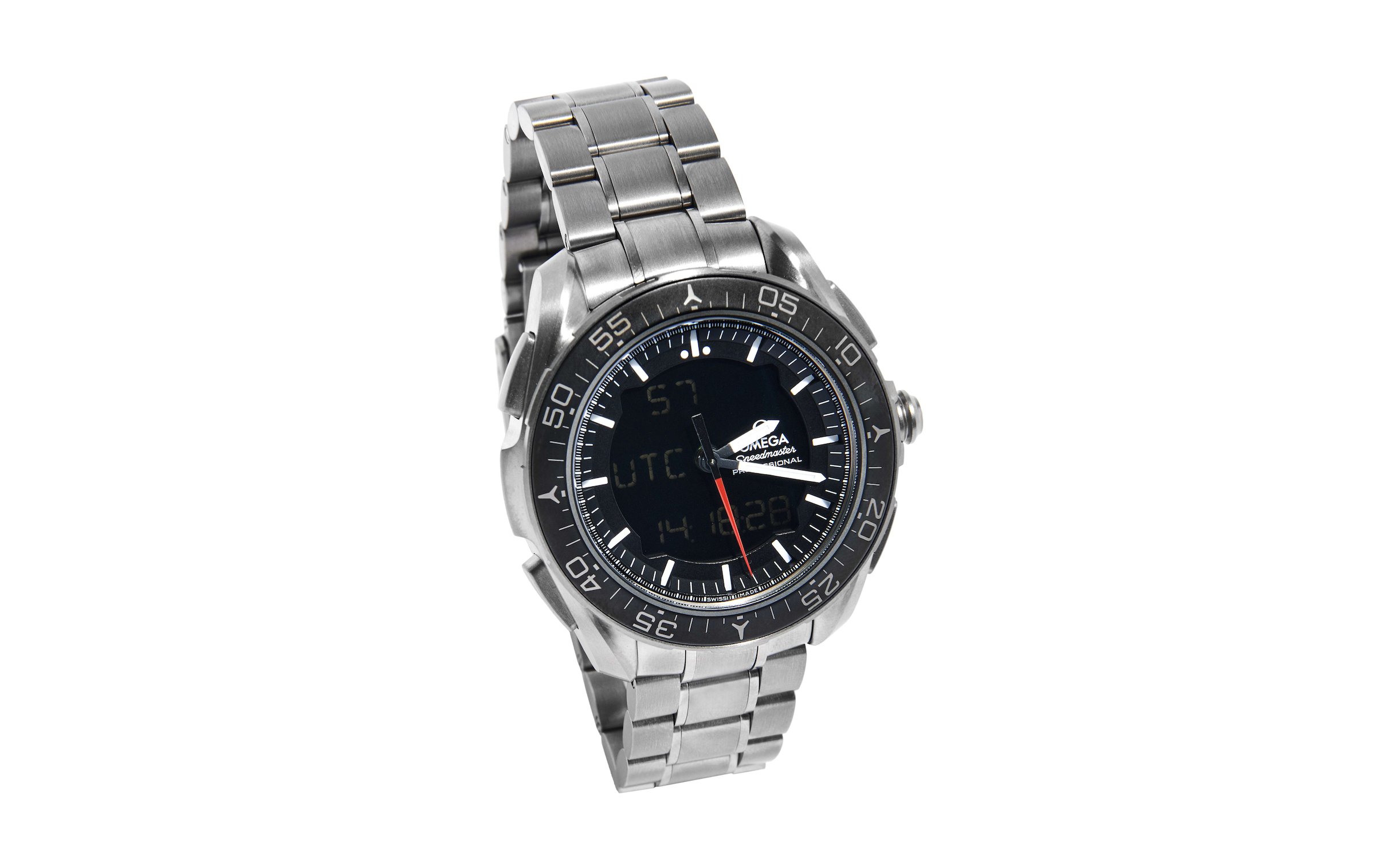