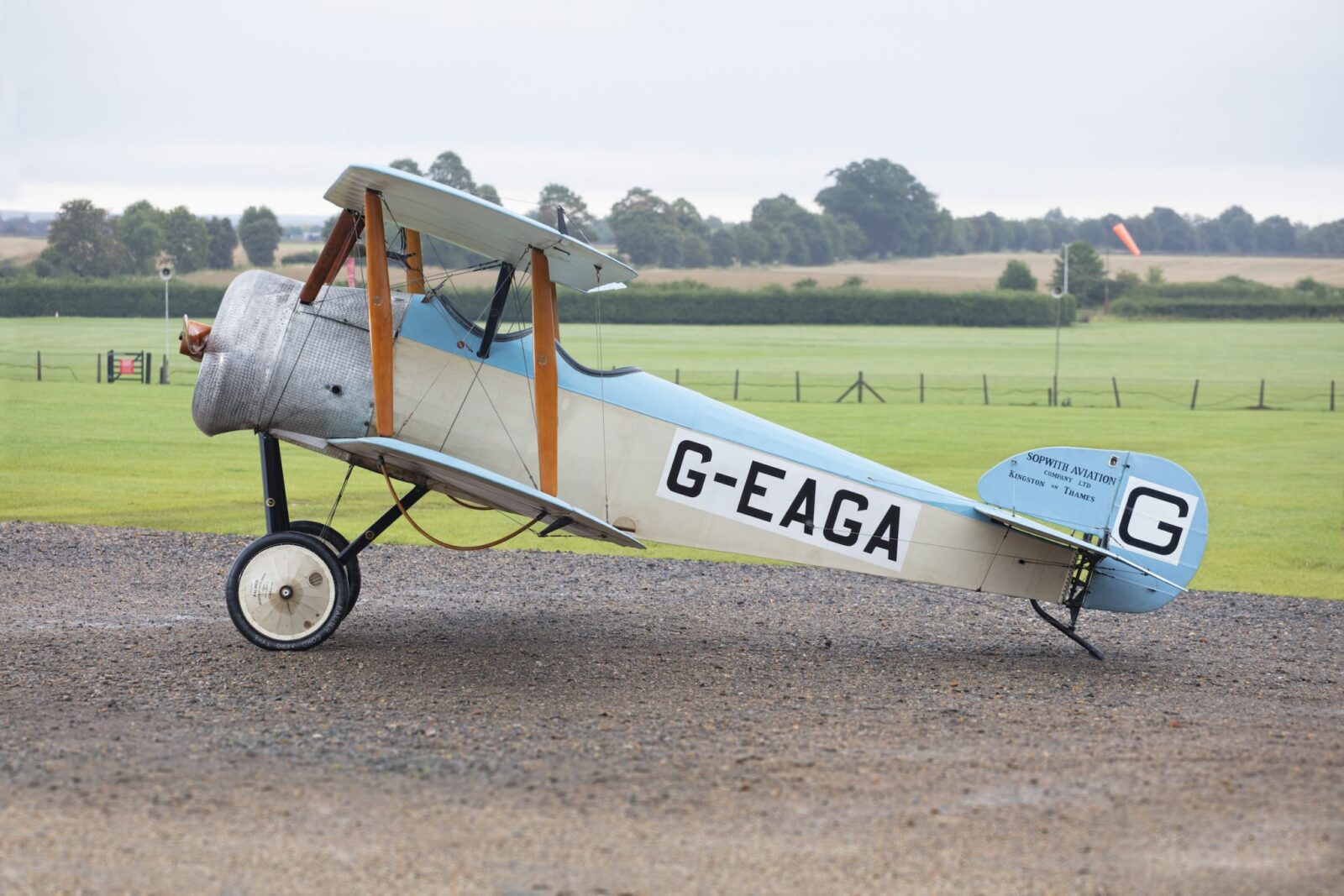 The story of the Sopwith Dove cannot be told without first talking about the Sopwith Pup – the Dove being the far less common two-seat variant of the WWI fighter plane.

The Sopwith Aviation Company never particularly liked the name Pup, it was a nickname given to their single-seat fighter plane by pilots who viewed it as a pup compared to the larger Sopwith 1½ Strutter. Officially the Pup was called the Sopwith Scout, but eventually even the most ardent Sopwith big wigs acquiesced, and began using animal names for all their aircraft – namely the Sopwith Camel, Dolphin, Dove, Snipe et al.

Pilot liked to joke that by the end of the war, Sopwith had created the world’s first flying zoo.

The Pup was introduced in 1916 as a larger development of the Sopwith Sparrow, it was an advanced fighter plane in its day and made use of ailerons in place of wing warping, and an 80 hp Le Rhône 9C rotary engine.

The fuselage od the Pup is a fabric covered wooden structure, with staggered equal span wings, and a .303 Vickers machine gun using a Sopwith-Kauper synchronizer to avoid turning the prop into a shower of fast moving splinters. 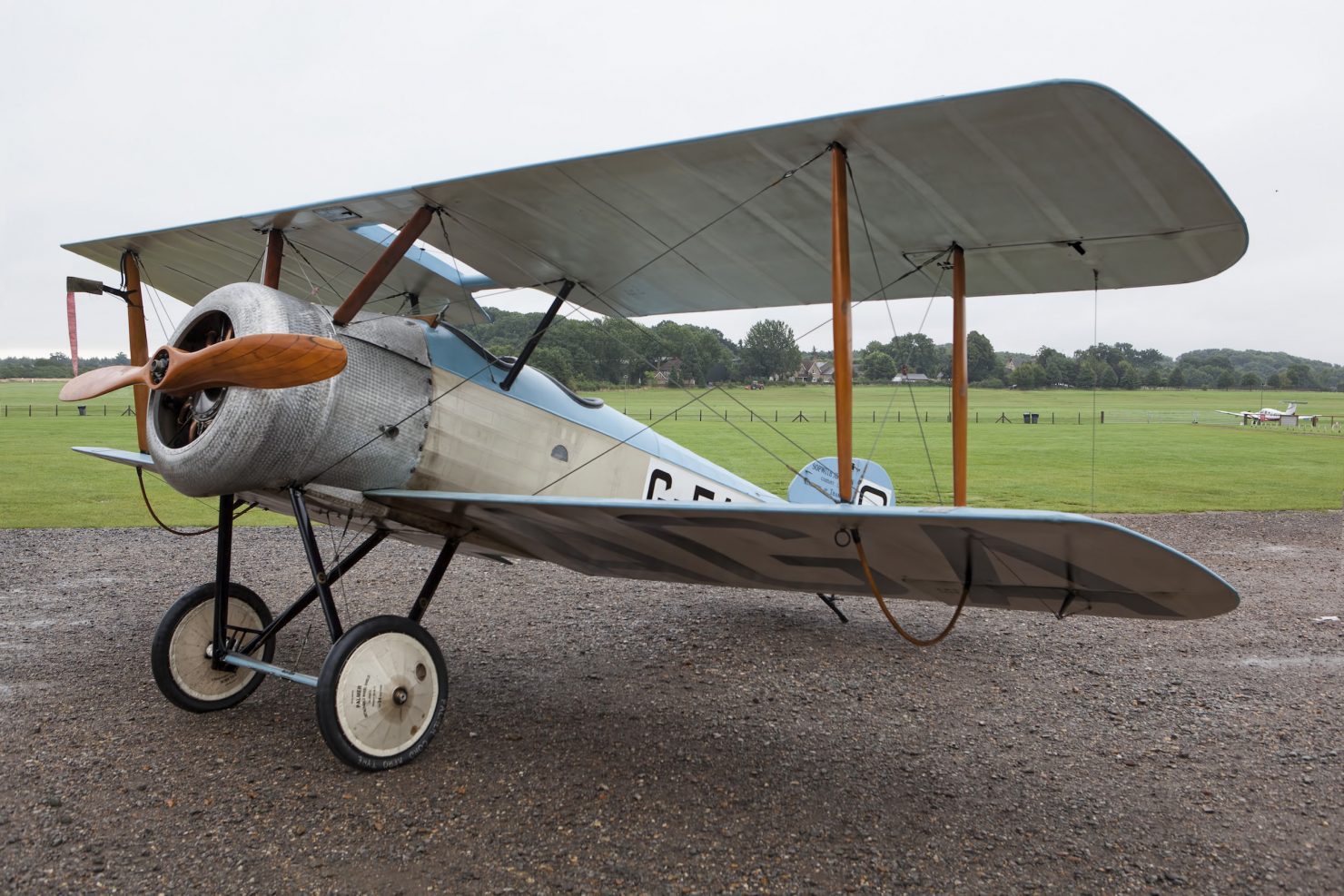 Above the battle fields of WWI, the Sopwith Pup immediately proved to be highly capable against the Albatros, Fokker, and Halberstadt fighters it was meeting in the skies above the trenches.

The infamous Red Baron, Manfred von Richthofen, said “We saw at once that the enemy aeroplane was superior to ours” after meeting the Pup in battle for the first time. The biggest advantage the Pup had was its maneuverability, it could turn twice in the turn radius of some of its rivals, and despite its horsepower deficit it shot down significant numbers of Deutsche Luftstreitkräfte aircraft.

The pace of aircraft development was lightning fast during the First World War, and the Germans wasted no time matching and exceeding the performance of the Pup. By 1917 the newer Luftstreitkräfte fighters were in the air and Sopwith responded with the Camel, the Pup was then largely used for training new pilots and home defense duties. 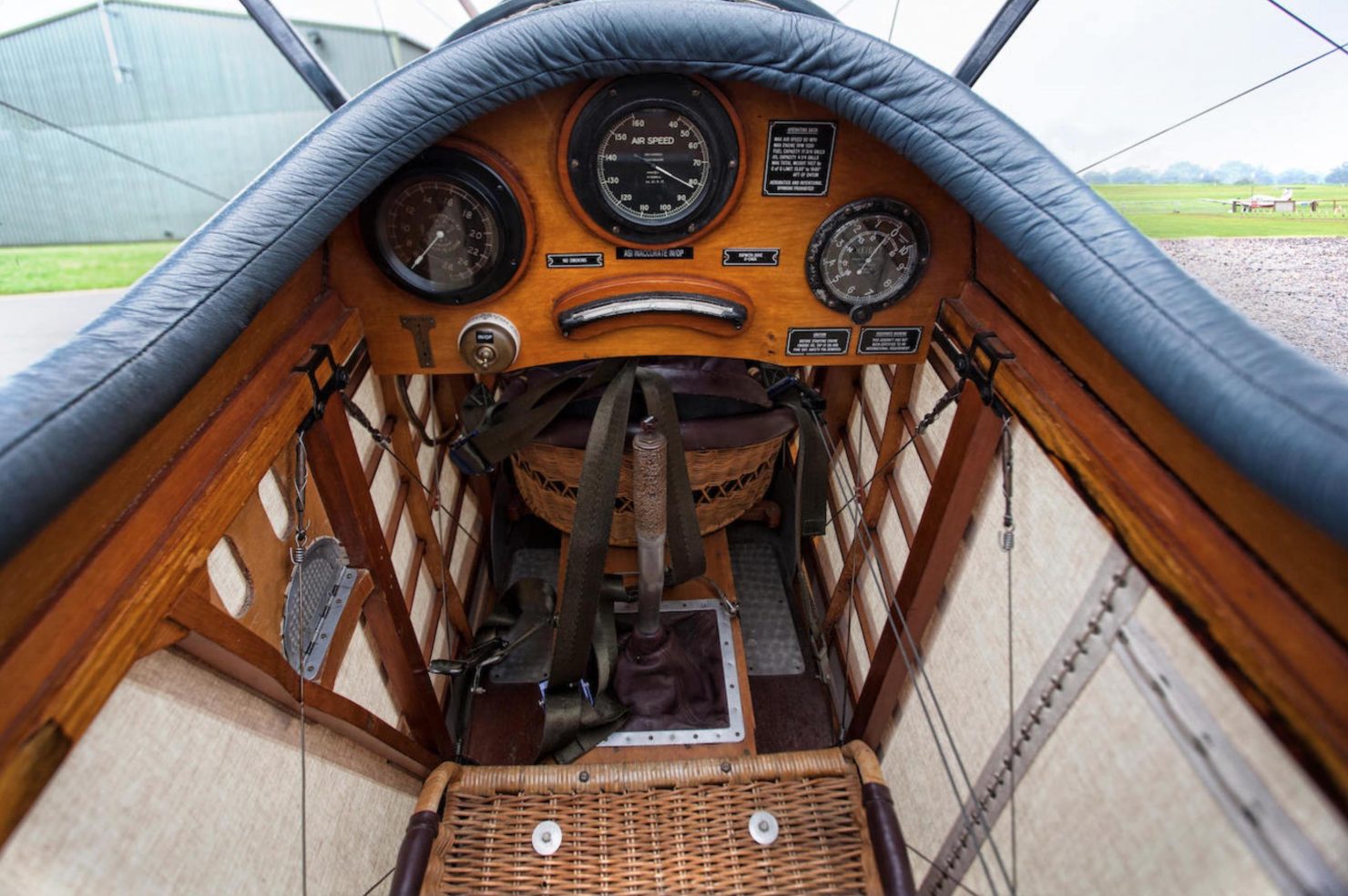 The the post-WWI period Sopwith shifted production to appeal more to the civilian market, creating a two-seat version of the popular and highly regarded Pup.

Named the “Dove” the kind-of-new biplane first flew in 1919, a period Sopwith advertisement read – “The Sopwith Dove is a sporting and utility aeroplane, based, in point of design and general arrangement upon the famous Sopwith Pup. With its fast climb, high-speed, quick manoeuvrability and wide speed range it is an ideal safety-first pleasure aircraft.”

Sadly the Dove didn’t find a significant number of buyers at home, though there were some solid sales figures in overseas markets like Australia and Sweden. When you think about it it’s astonishing that civilians could buy a two-seater variant of a fighter plane – the equivalent of picking yourself up a shiny new F-22 Raptor today, albeit with the armaments removed.

This particular Dove was built by Skysport Engineering in 1990 to original specifications with a close eye on detail. Due to the fact that it’s ~70 years younger than the original Doves and has only 12 airframe hours it requires less in the way of inspections and maintenance, and it’s safe to fly even for those with a PPL.

It’s currently maintained and flown by the Shuttleworth Collection, they fly it in regular air displays, and its private owner can take to the sky whenever he likes – without needing to worry about of maintenance and hangar space. This agreement is extendible should the new owner wish to take advantage of it.

With an estimated value of between £250,000 and £300,000 the Dove will be sold by Bonhams at the Goodwood Revival on the 9th of September. If you’d like to read more about it or register to bid you can click here to see the listing. 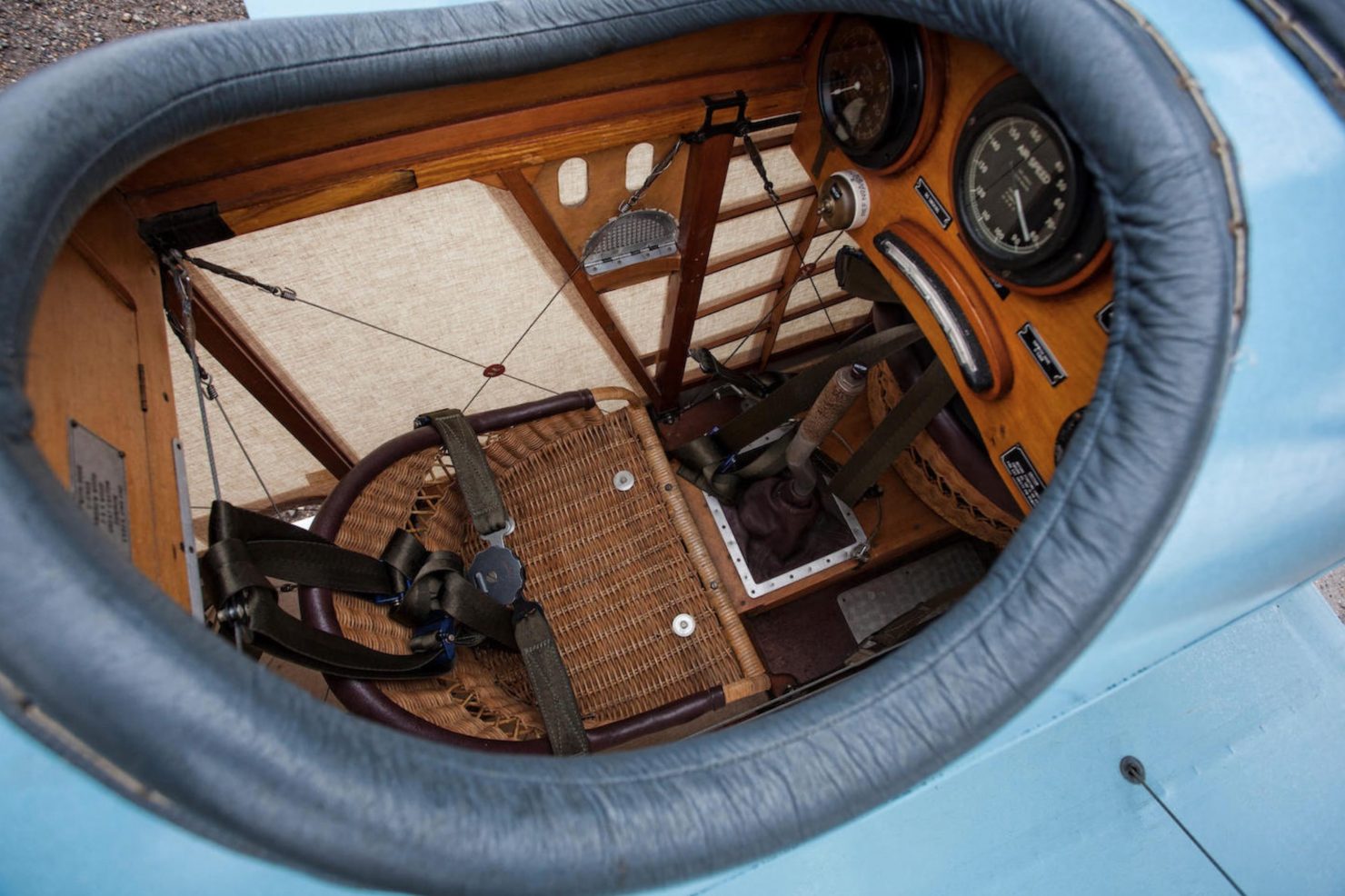 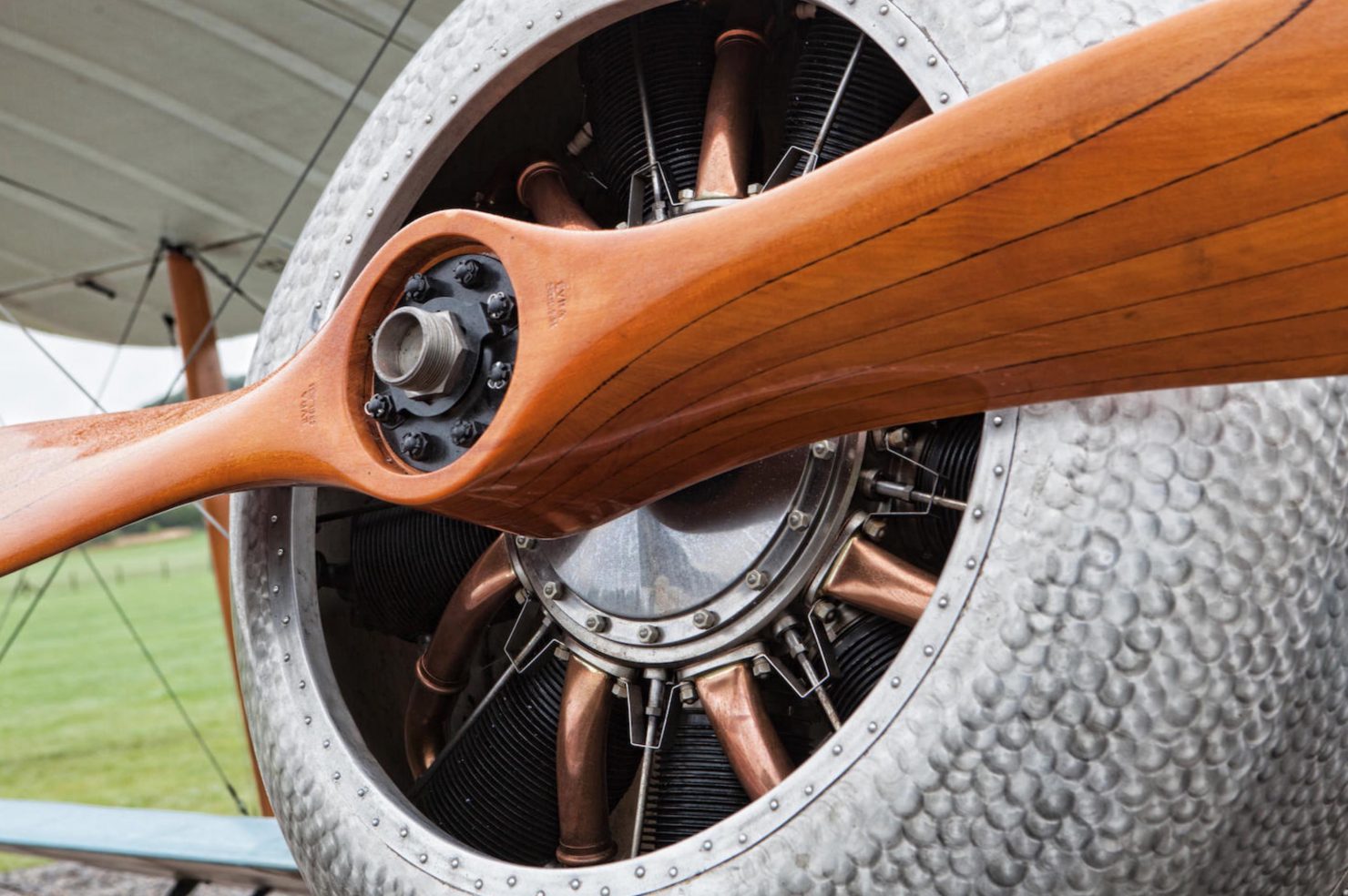 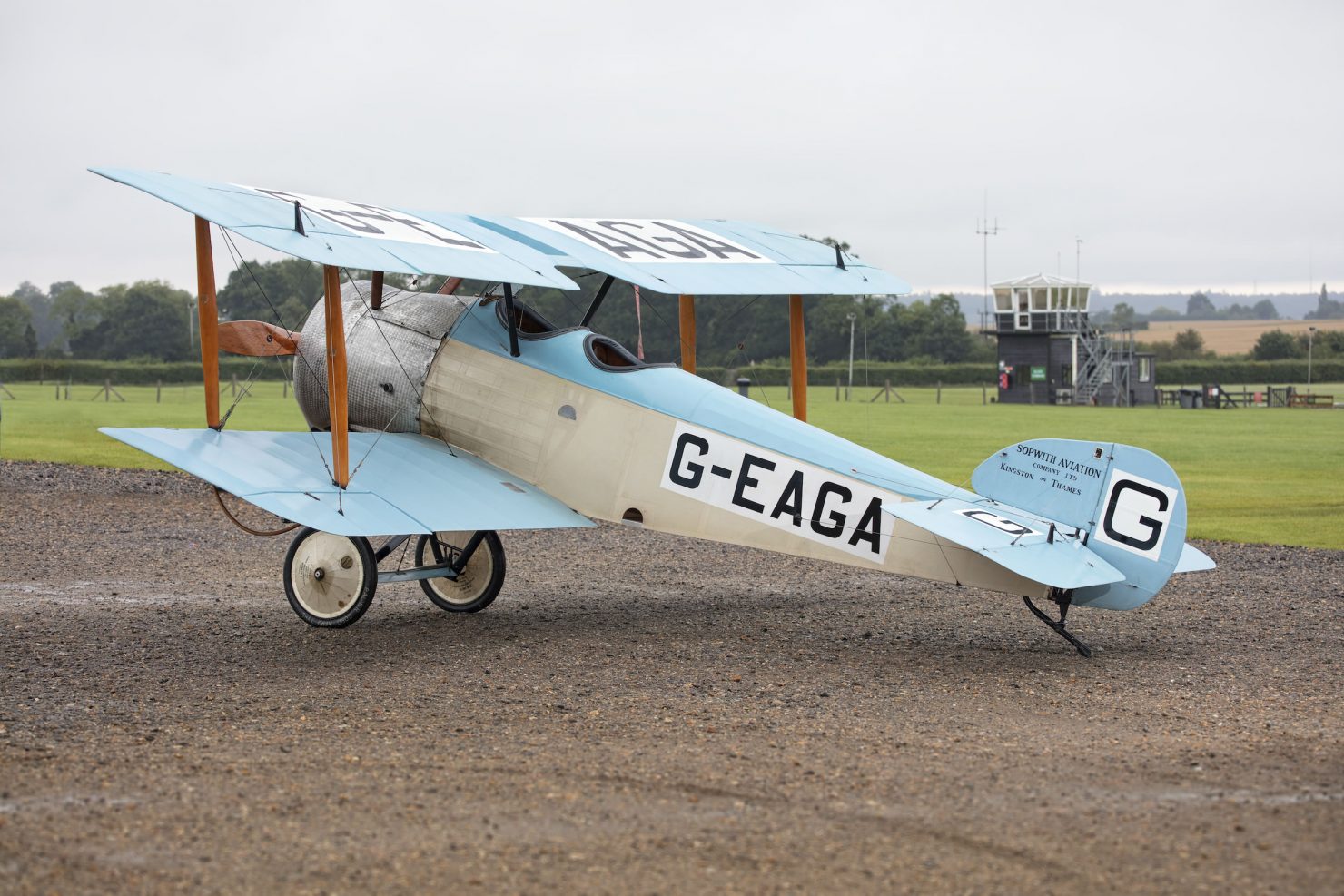 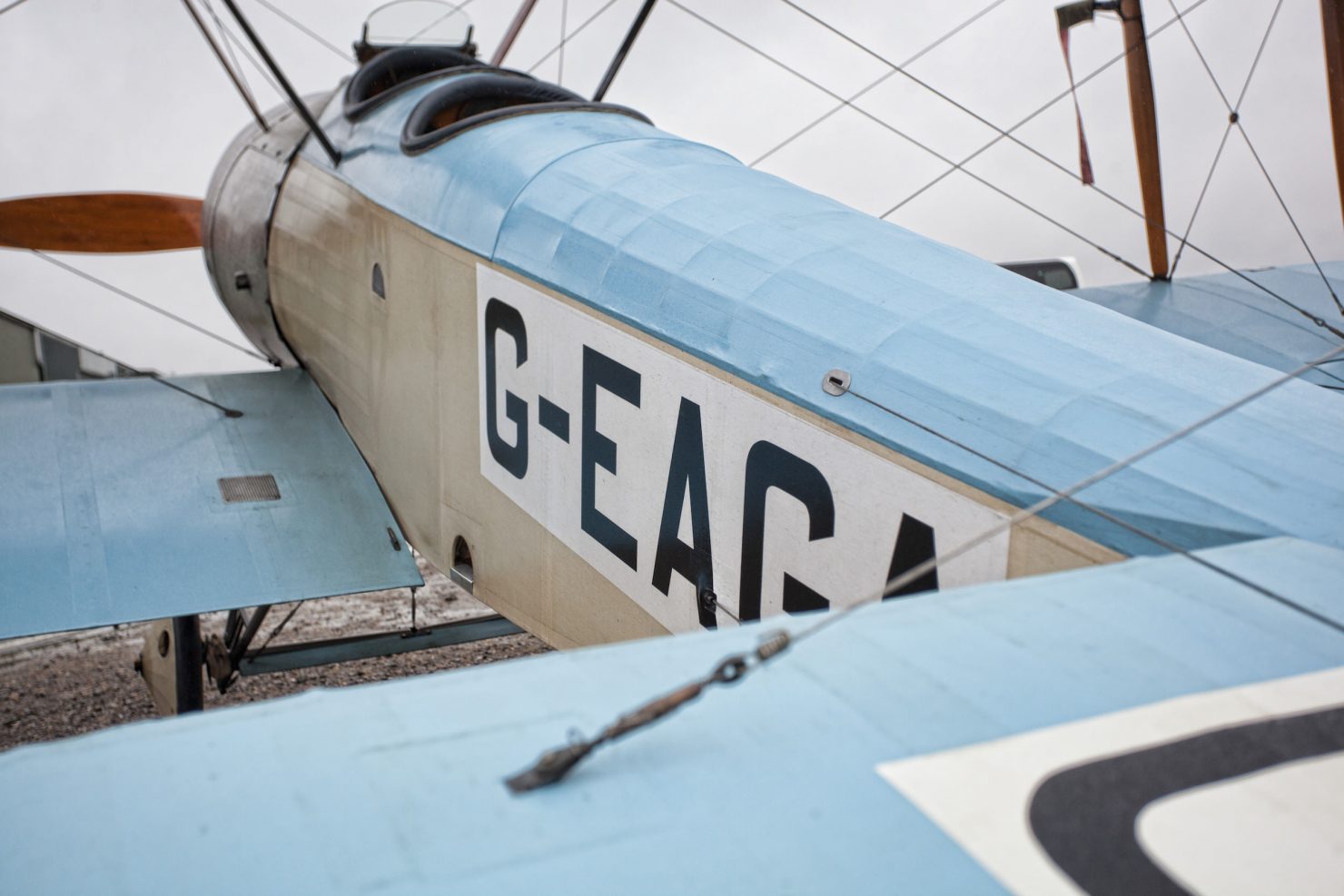 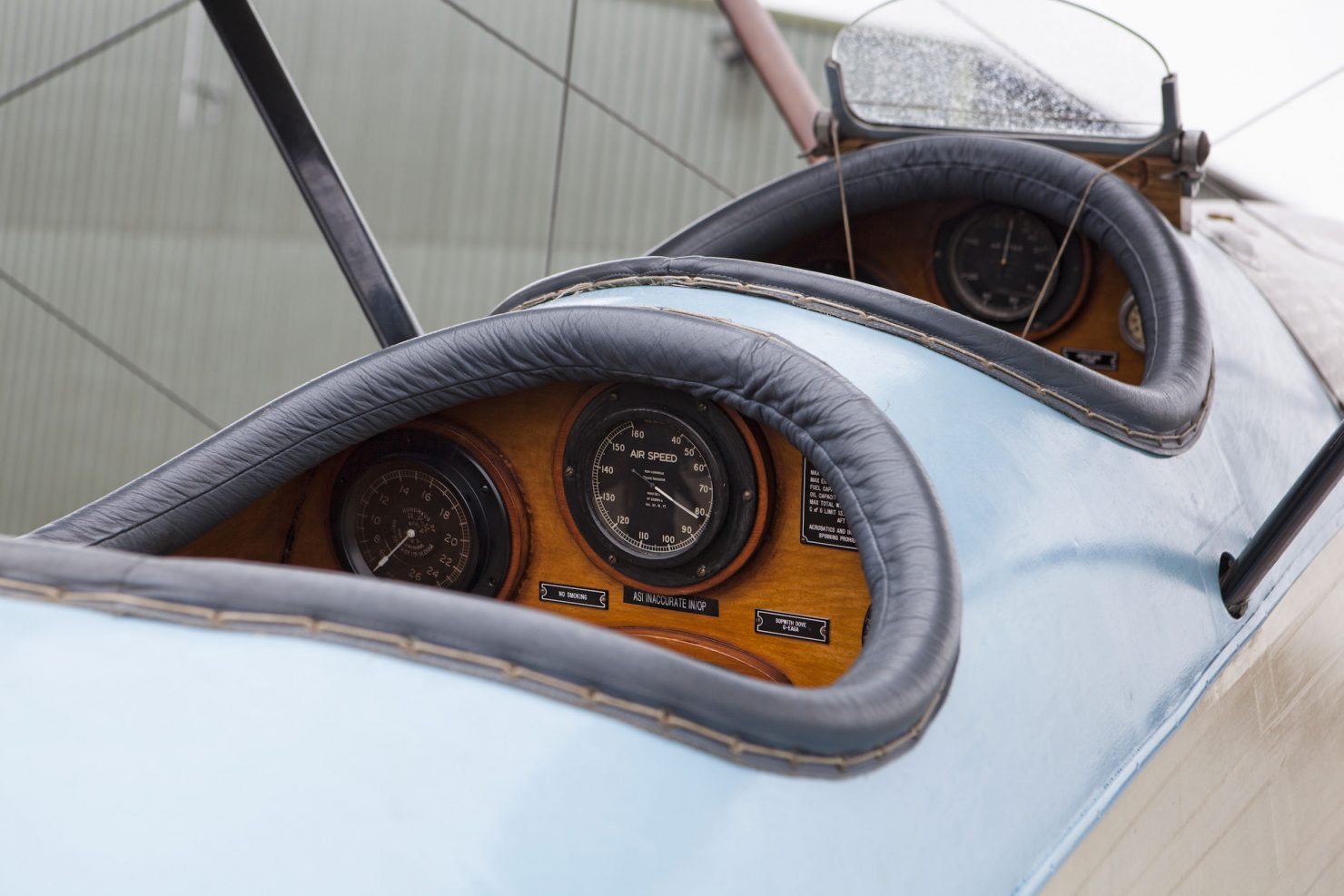 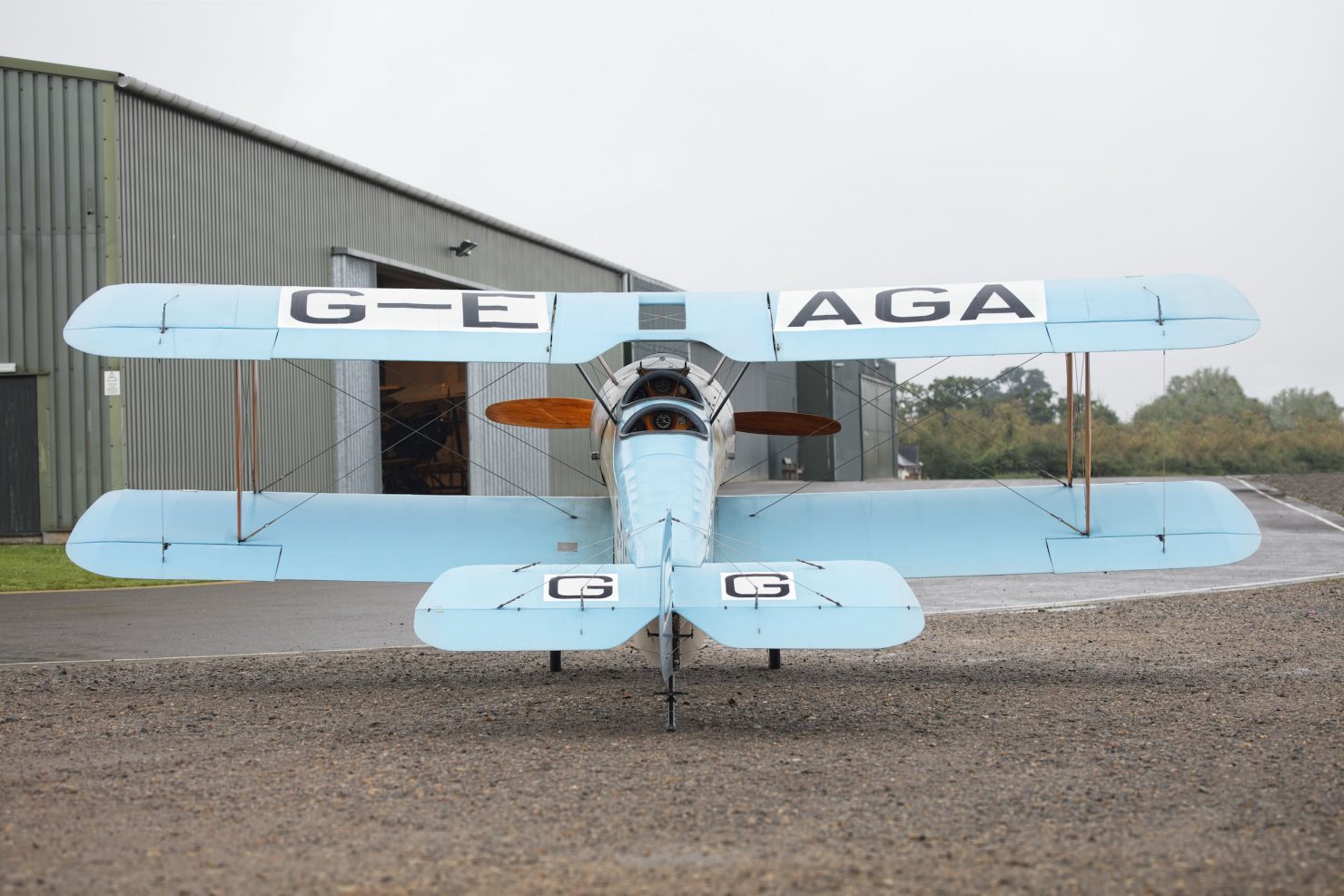 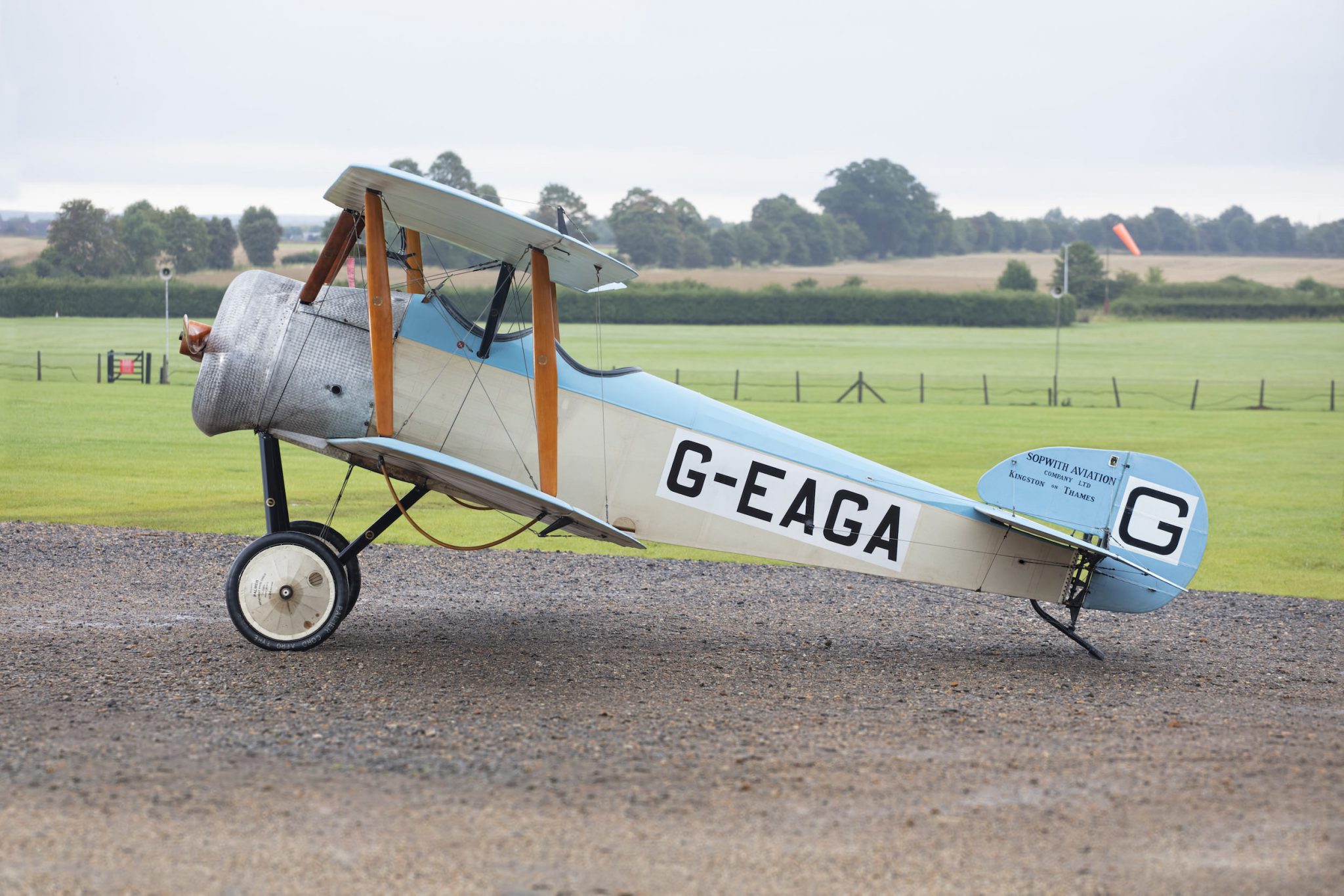