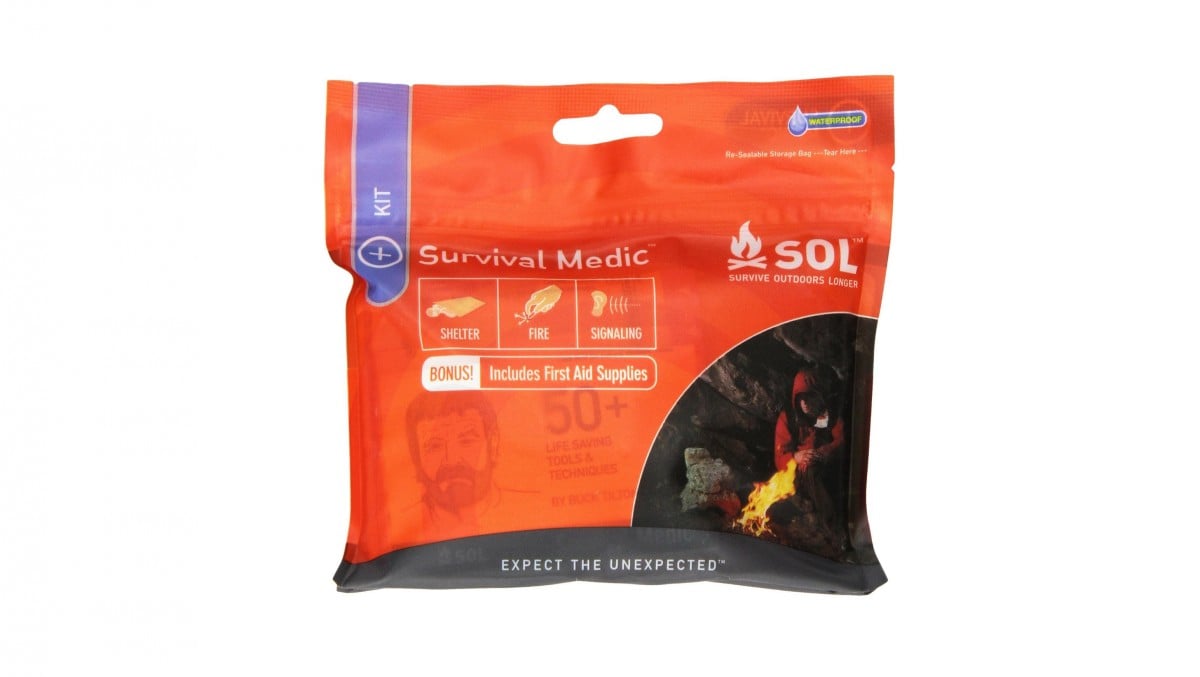 Although they aren’t very rock n’ roll, medical kits are an essential carry item during almost all summer activities – especially if you have kids or clumsy friends. The kit you see here is the SOL Survival Medic Kit, it’s designed as a hybrid survival/medical kit and it measures in at just 6″ x 5″ x 1″ – making it the perfect size for backpacks, motorcycle panniers and car trunks.

It contains a survival blanket, a fire striker, tinder, a 100dB whistle, a button compass, 26″ of duct tape, a survival booklet, an antiseptic towelette, Ibuprofen, antibiotic ointment, 3 bandages and a safety pin. 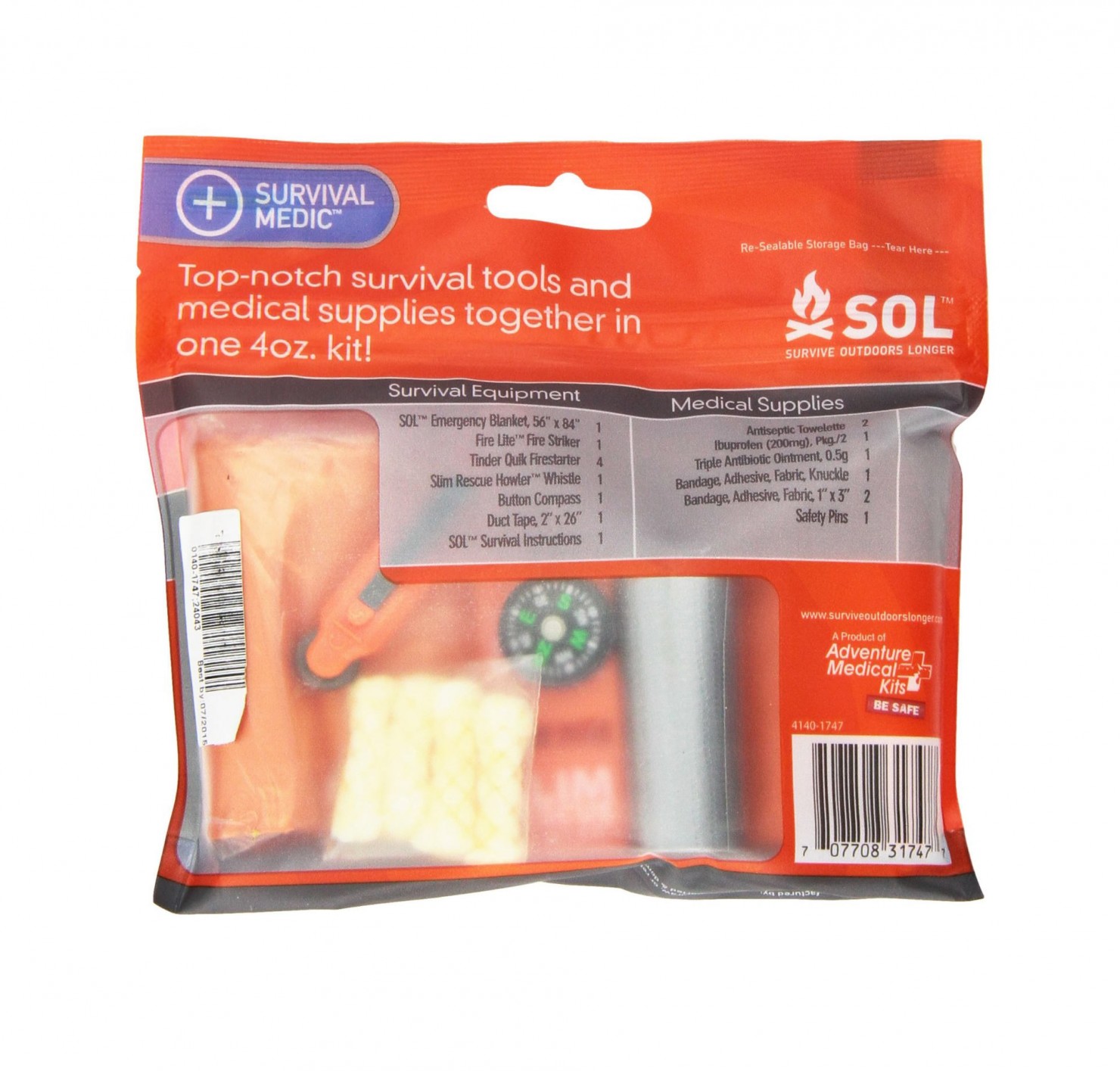