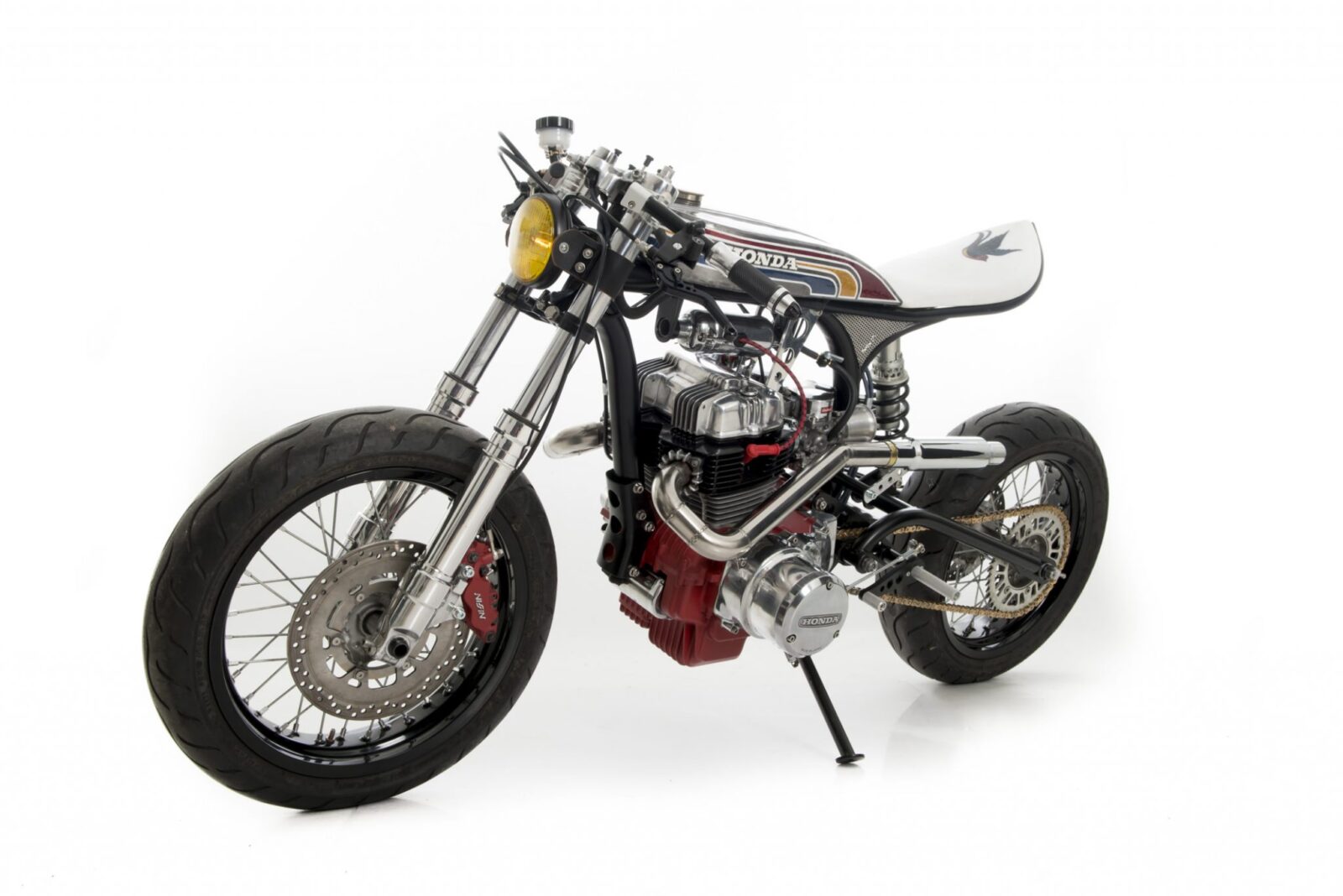 This rather unusual looking Honda CBN400 is the work of Ed Turner Motorcycles, a French custom motorcycle garage run by a friendly chap by the name of Karl. The name “Ed Turner” is a play on the phrase “head turner” and not, as I’d first assumed, the name of the garage’s proprietor.

CB400 is a name that’s been appended to at least 6 different Honda models over the years, the CBN400 was never officially sold in the USA and reliable information on it is relatively scarce. It was fitted with a 395cc SOHC, 3-valve parallel twin which was mated to a 5-speed transmission – all of the CB400s were designed to fit in above the smaller displacement bikes and below the likes of the range-topping CB750.

This mid-range appeal led to the bikes being quite popular and seeing solid sales figures, the famous Honda-reliability kept them on the road for years after many of their contemporaries breathed their last. This bullet-proof engineering makes them ideal candidates for customisation – so in a way it’s surprising that we haven’t seen more of them.

The Honda CBN400 you see here has been reimagined into a cafe-racer-super-moto hybrid and despite the fact that its looks will divide opinions, I really like it. Karl added polished CBR forks and 17” supermoto wheels, he cropped the rear subframe, removed the original twin shocks and converted it to mono, the swing arm was extended, the wiring harness was minimised and that eye-catching low-profile fuel tank was bolted into place.

The completed bike looks like it’d be a hell of a lot of fun to ride, I’m sure it’ll attract the usual anoraks with their comments about seat comfort, practicality and exhaust noise – but I’ve found it’s best to ignore these arm-chair-mechanics. They just don’t know how to have fun. 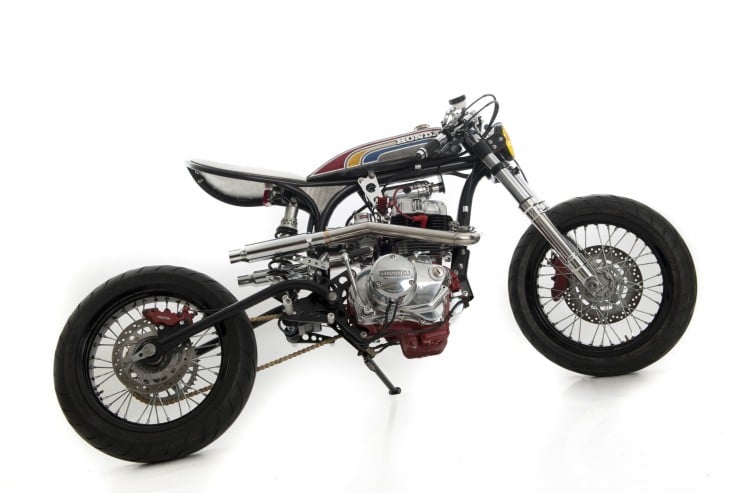 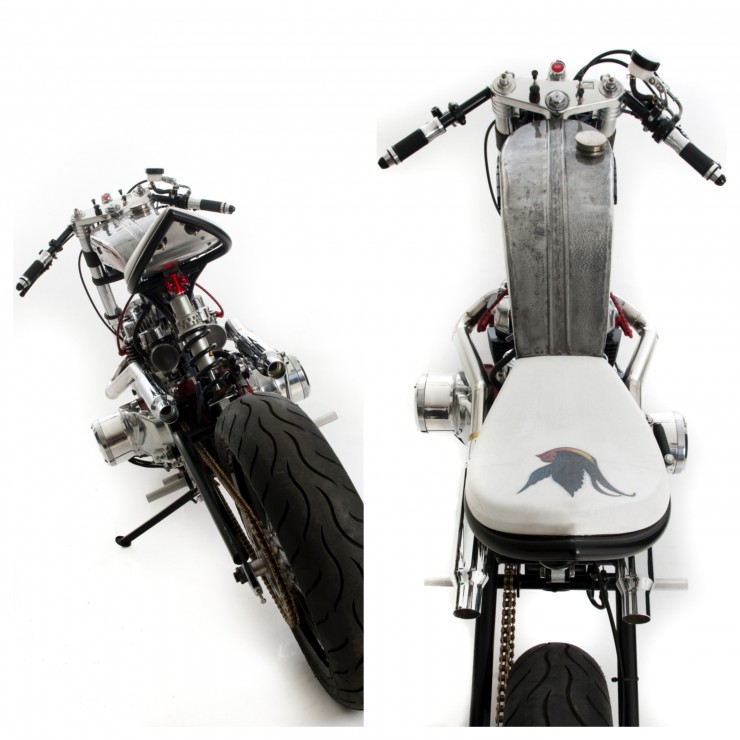 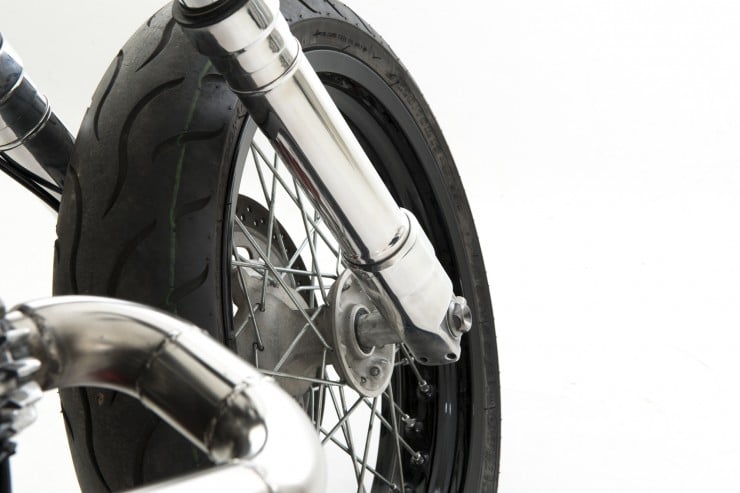 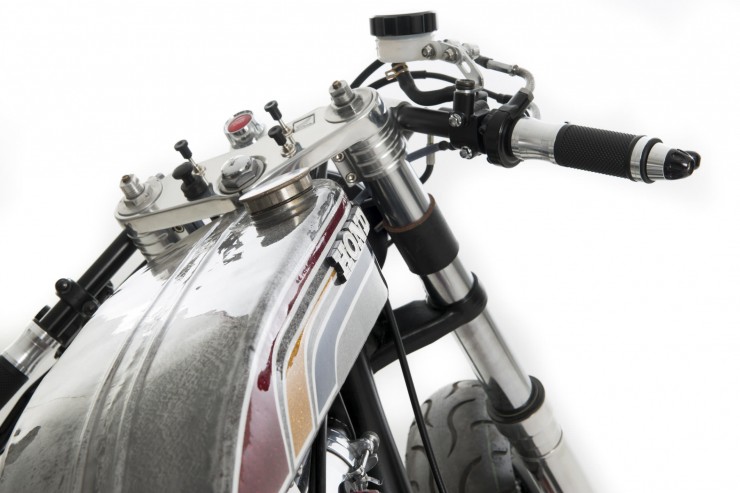 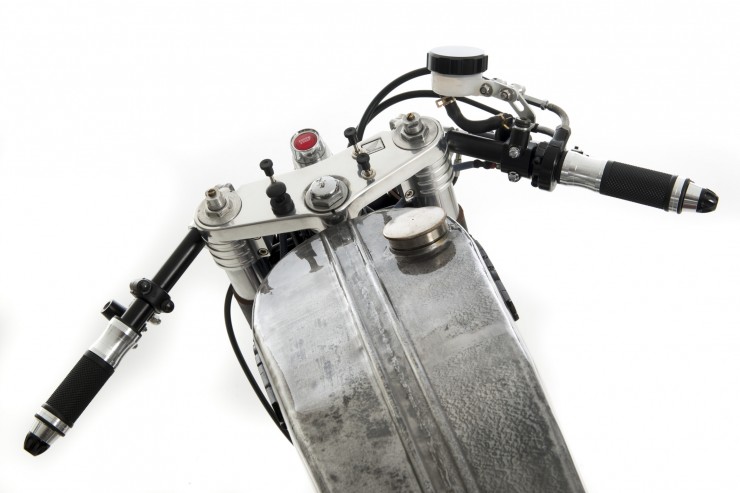 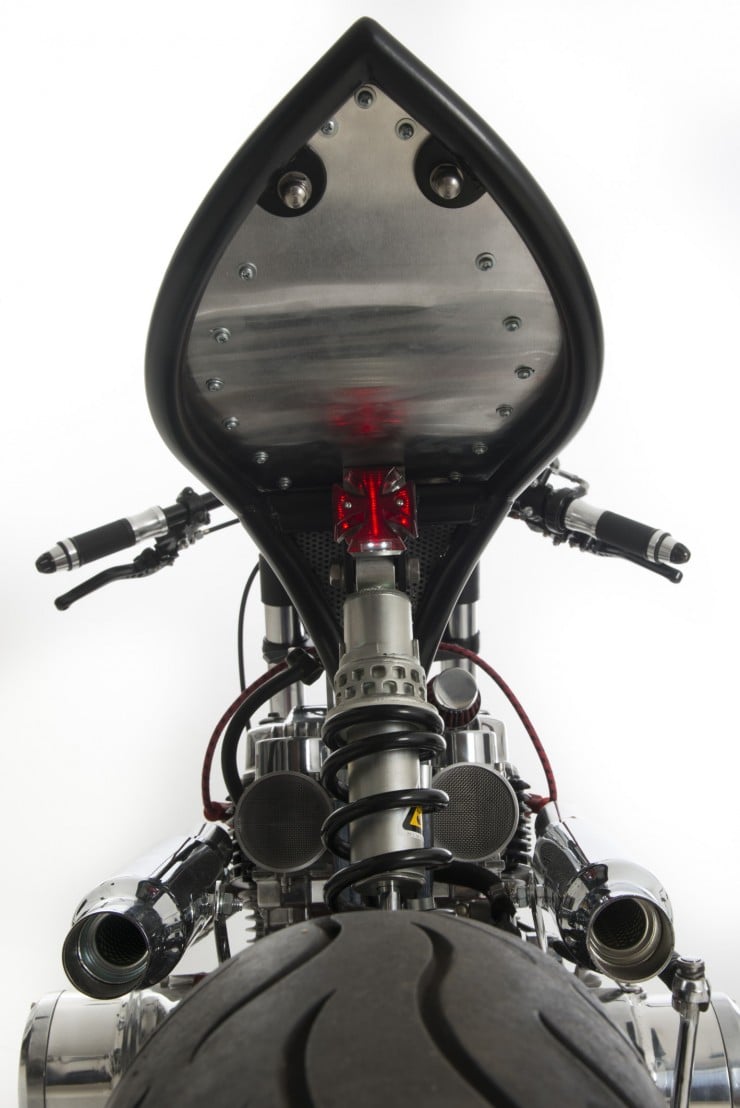 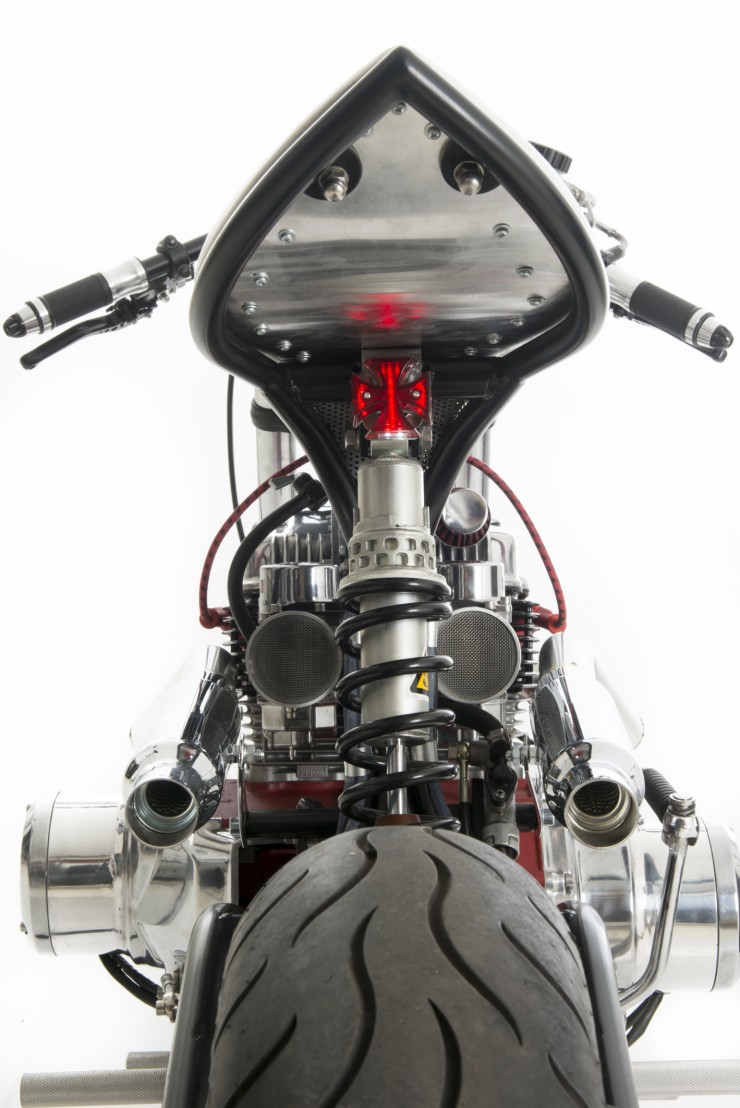 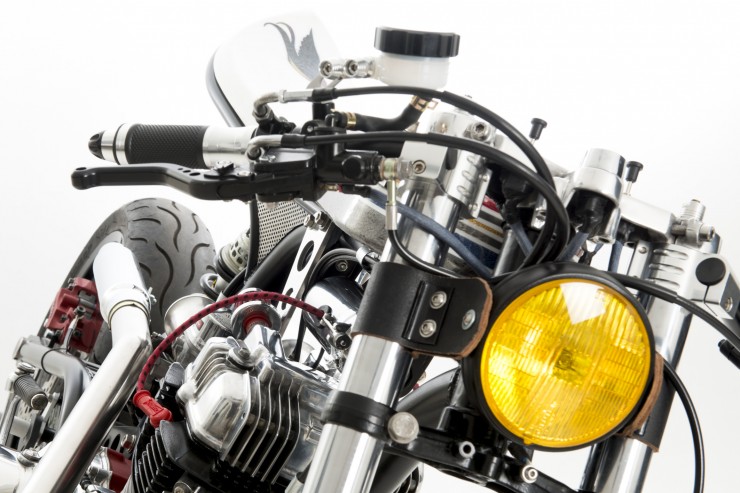 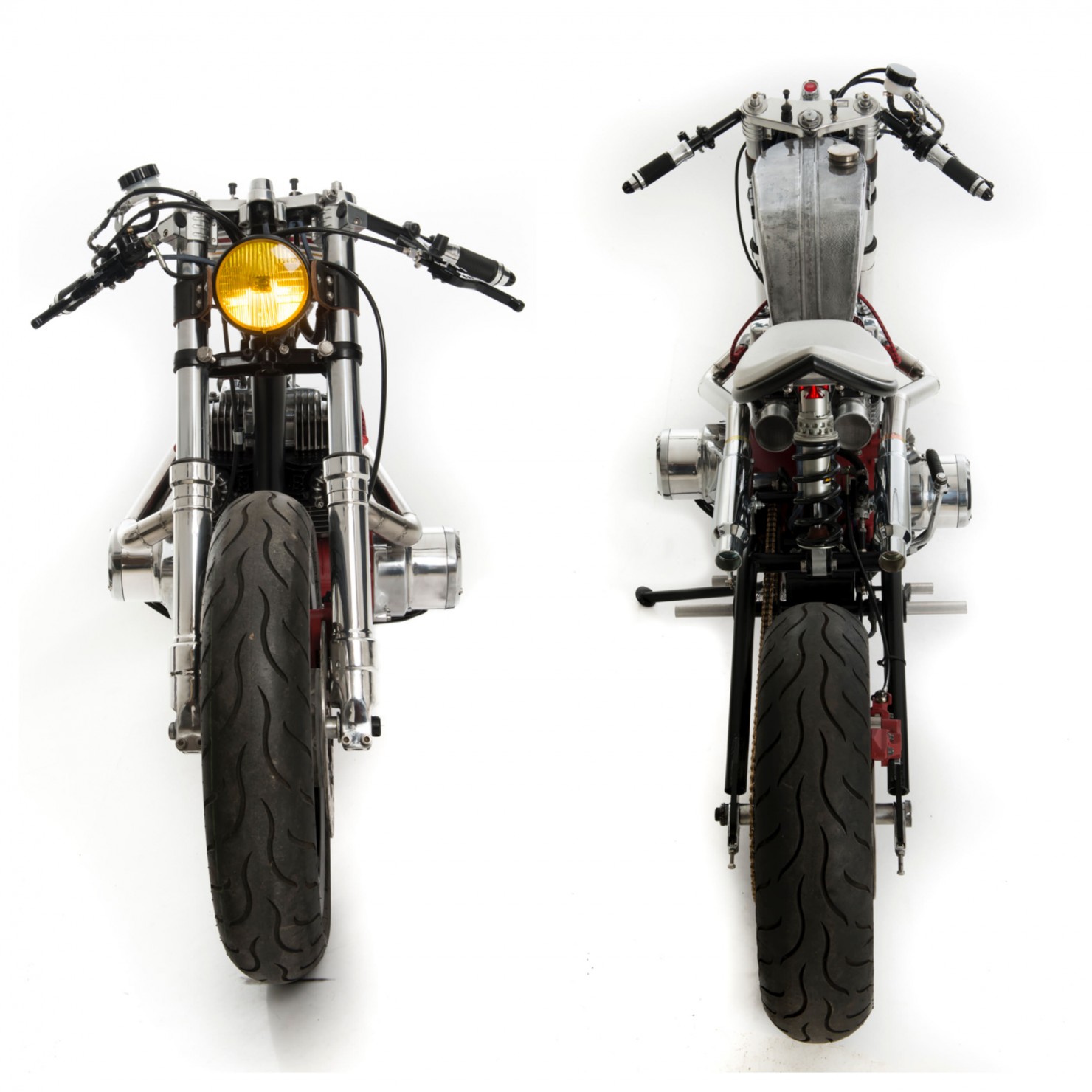 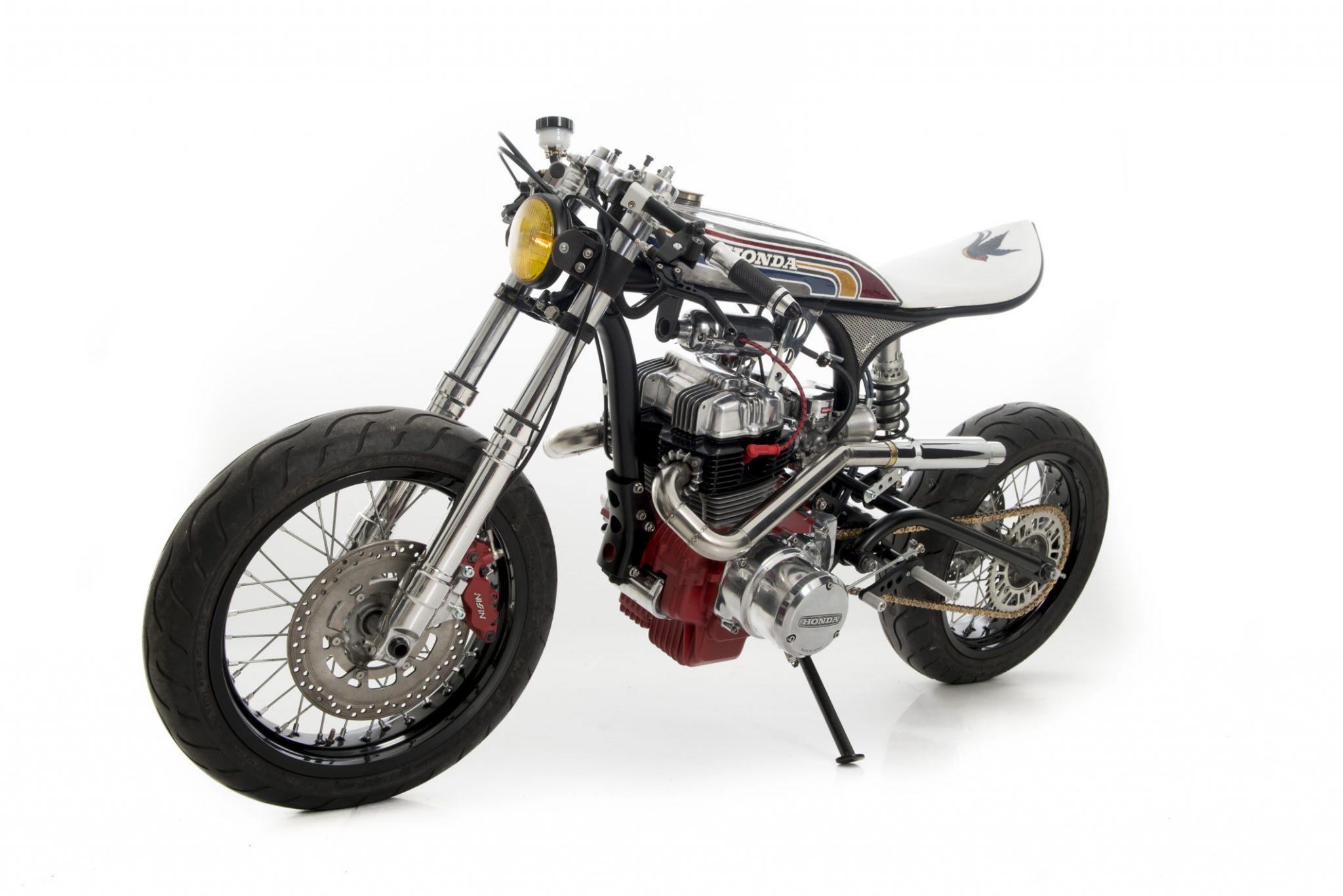