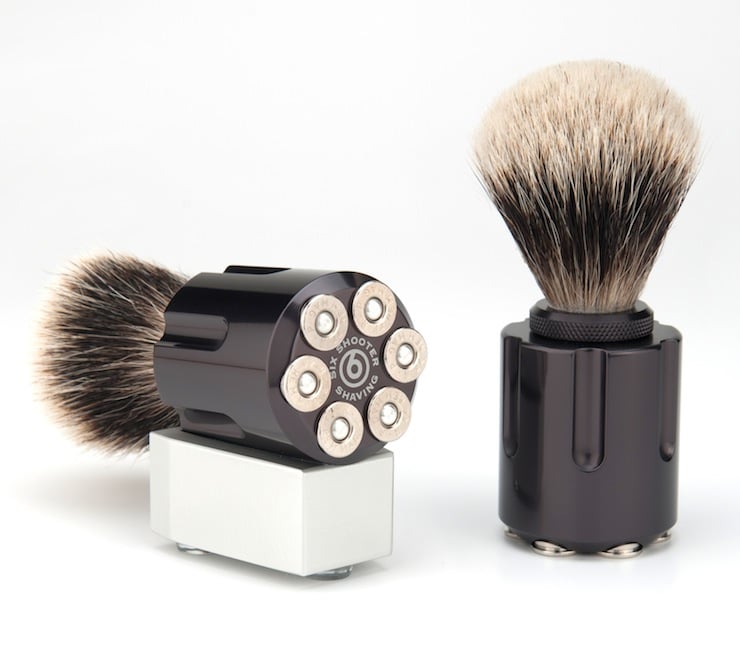 The Six Shooter Shaving Brush is one of the few bathroom items all men should have parked next to their toothpaste. The brush is made from high-grade badger hair, the handle is anodised aluminium and each of the bullet casings is made from pure nickel.