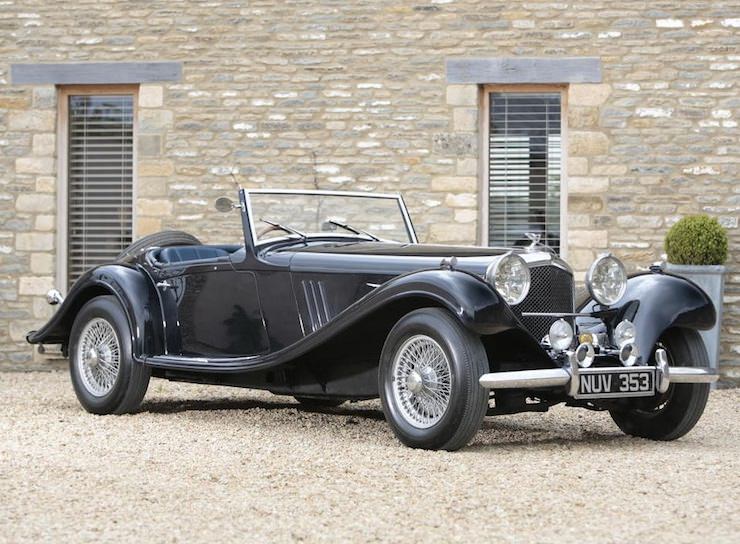 This 1953 Bentley R-Type Special Roadster is one of those cars that seems to be far less expensive than you might expect, with an estimated value of £50,000 to £60,000 it’s certainly not cheap, but it’s less pricey that a mass-produced 2-door Jaguar F-Type V8.

The main reason for this relative cheapness is that this car is a custom of sorts, it started its life in 1953 as a standard Bentley R-Type, a car that was very long, very heavy and about as sporting as a park bench. The late Alan Archer looked at the Bentley R-Type and saw another car hiding beneath its skin so in 1994 he purchased one and his team at Archer Engineering in Leeds set to work creating his one-off Bentley custom.

The work began by removing the body and shortening the chassis by 9 inches, the engine and transmission were then brought back 16 inches and lowered by 4 inches to improve handling. The cruciform bracing was then removed, the chassis members boxed-in, and the rigid scuttle and rear bulkheads were incorporated. 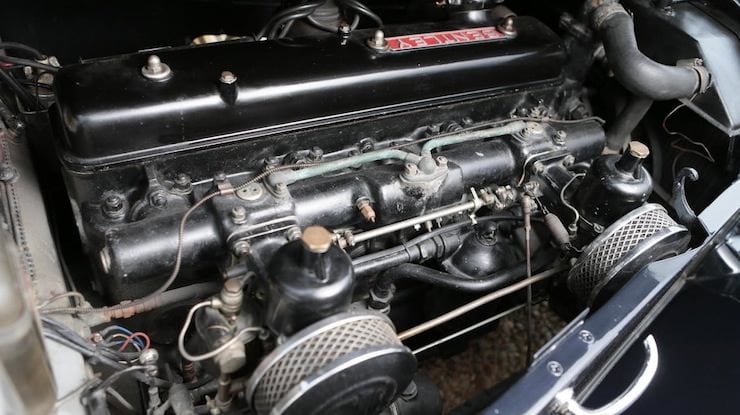 Alan had built and flown his own fibreglass aircraft in the years before this car was created, his experience with the lightweight material led to him choosing to have the original steel body panels replaced and customised – both to significantly lower weight and to change the exterior look of the car.

The original Bentley steel hood was retained along with the original internal door handles and mechanisms – Specialist coach-trimmers A. S. Pickering Ltd of Bradford created the leather interior and convertible roof, the latter folds neatly away behind a body panel. The other noteworthy features include wire wheels, chromed trumpet horns, Marchal headlamps and original Bentley bumper bars, the rears have been reshaped to accommodate the spare tire.

The finished car is a work of art by any yardstick and is coming up for sale just in time to enjoy English B-roads throughout the summer. If you’d like to bid on the Bentley R-Type Special Roadster you’ll need to make your way to the Oxford Collectors’ Motor Cars Auction on the 15th of June 2013. 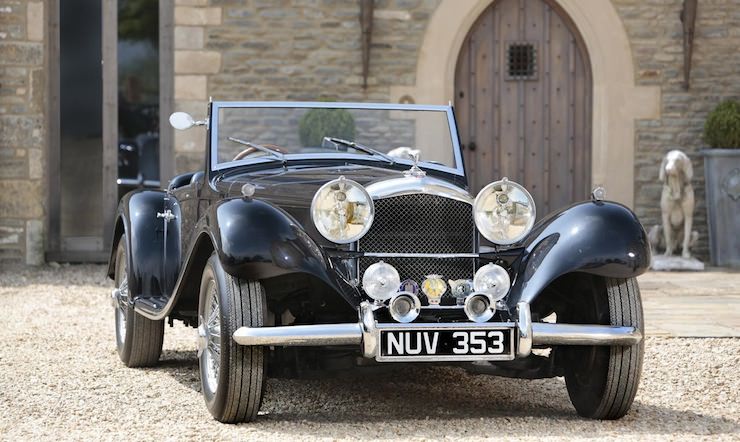 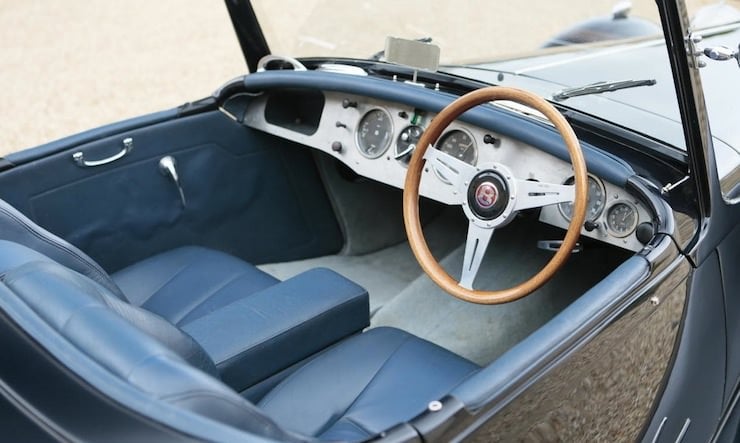 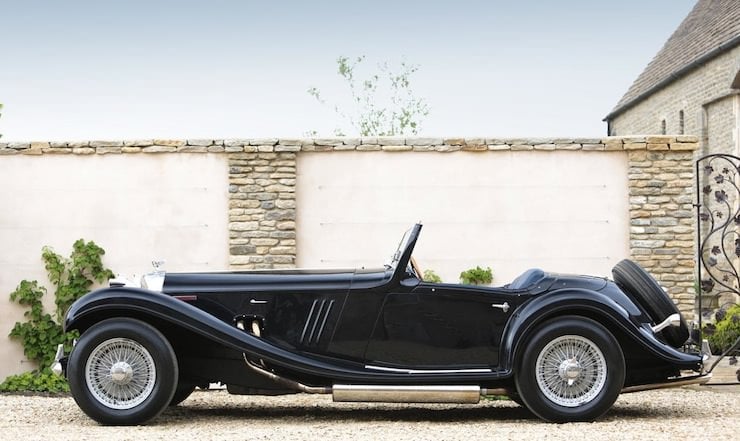 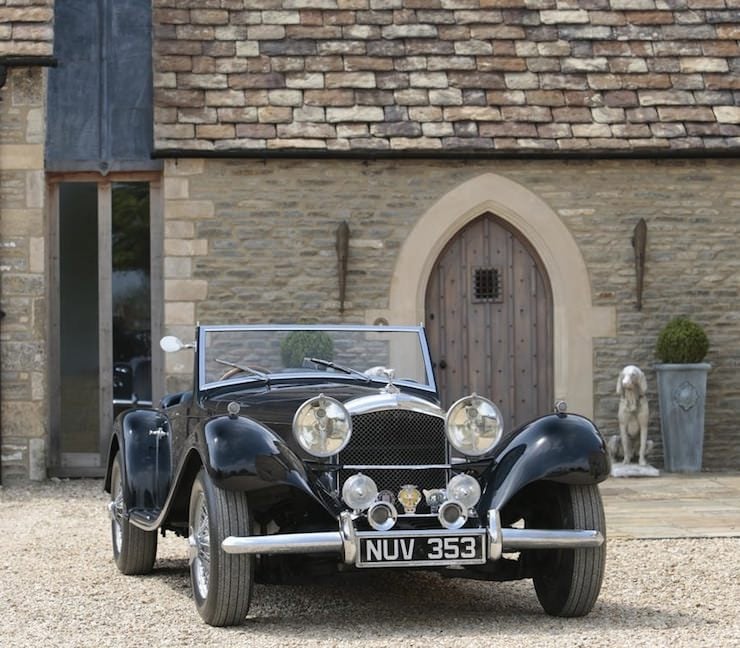 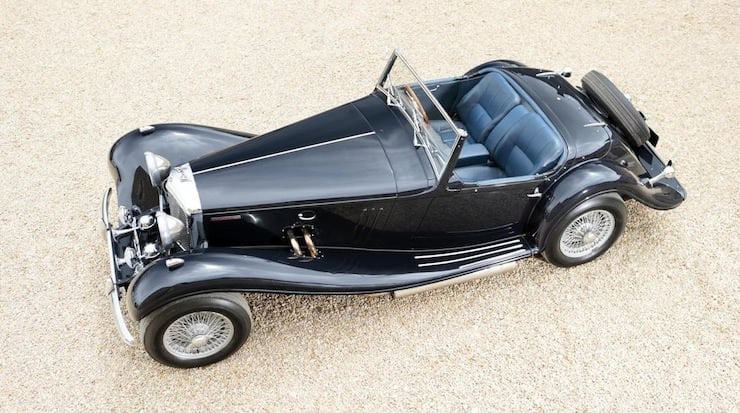 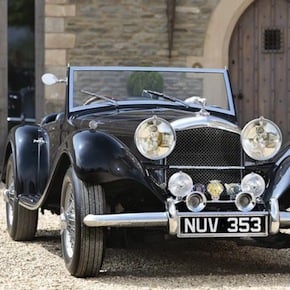