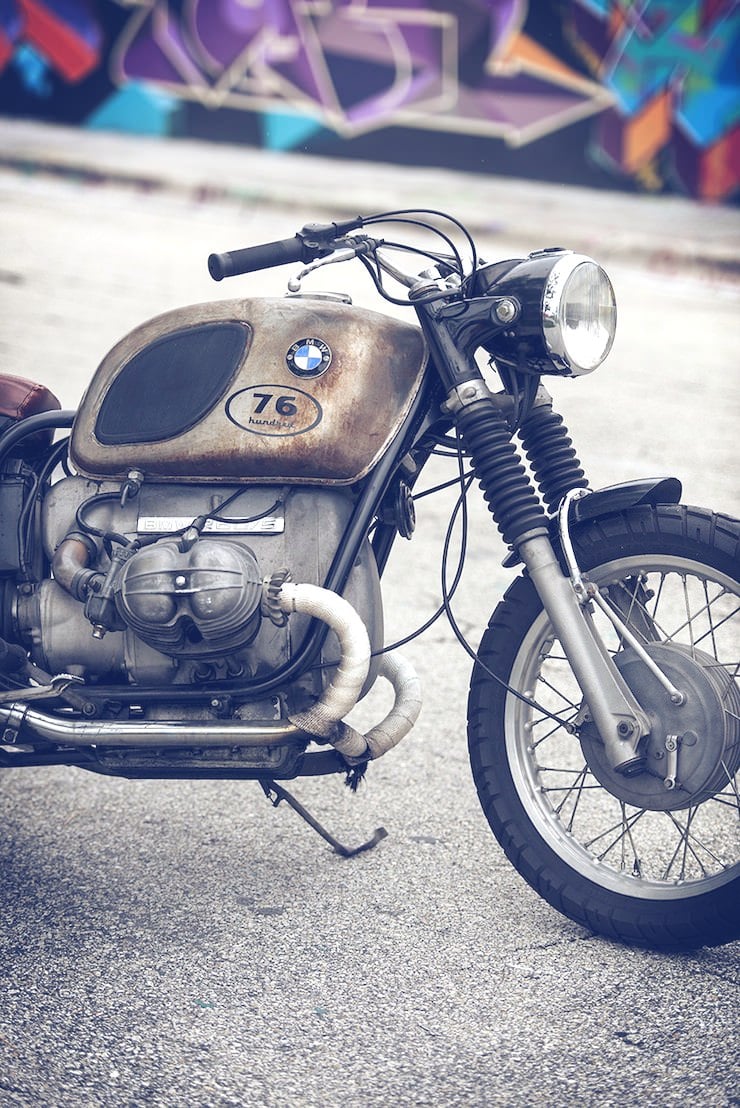 Plastics were used in fenders and other areas helping to bring the weight down significantly and the new Bosch 12 volt electrical systems with electrical starters brought the bikes into the modern age. The 1971 R60/5 was fitted with the internationally respected 599cc, 40hp boxer twin – it was capable of reaching 100mph in stock form – only 9mph slower that its 749cc older brother. 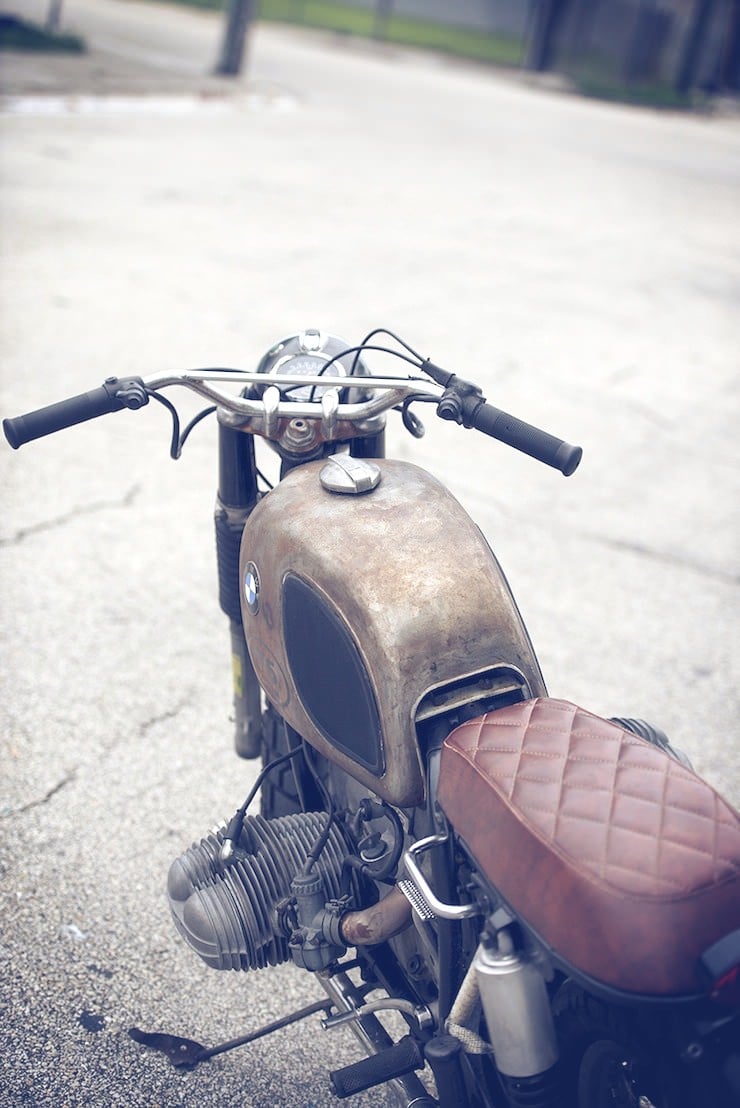 This particular ’71 BMW R60/5 is a Miami resident that just rolled out of the shop of 76hundred Custom Vintage Motorcycles, it’s been left with its original fuel tank – which I like, and has seen the addition of a new leather seat, a new taillight and fender assembly and a slew of other, smaller tweaks.

The finished bike has an appealing patina, some people despise bikes that aren’t shiny but personally – I like a bike that shows a little character. Old BMWs like this will go just about anywhere and have reliability that’ll challenge many far newer motorcycles, making it an excellent choice as a summer bike for Florida’s notoriously warm and wet climate.

If you’d like to see more from the guys who built this bike, click 76hundred Custom Vintage Motorcycles to see their other two wheeled creations. 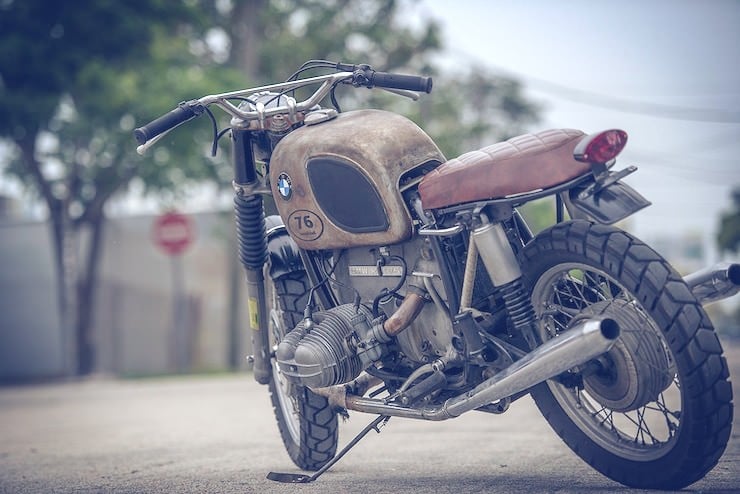 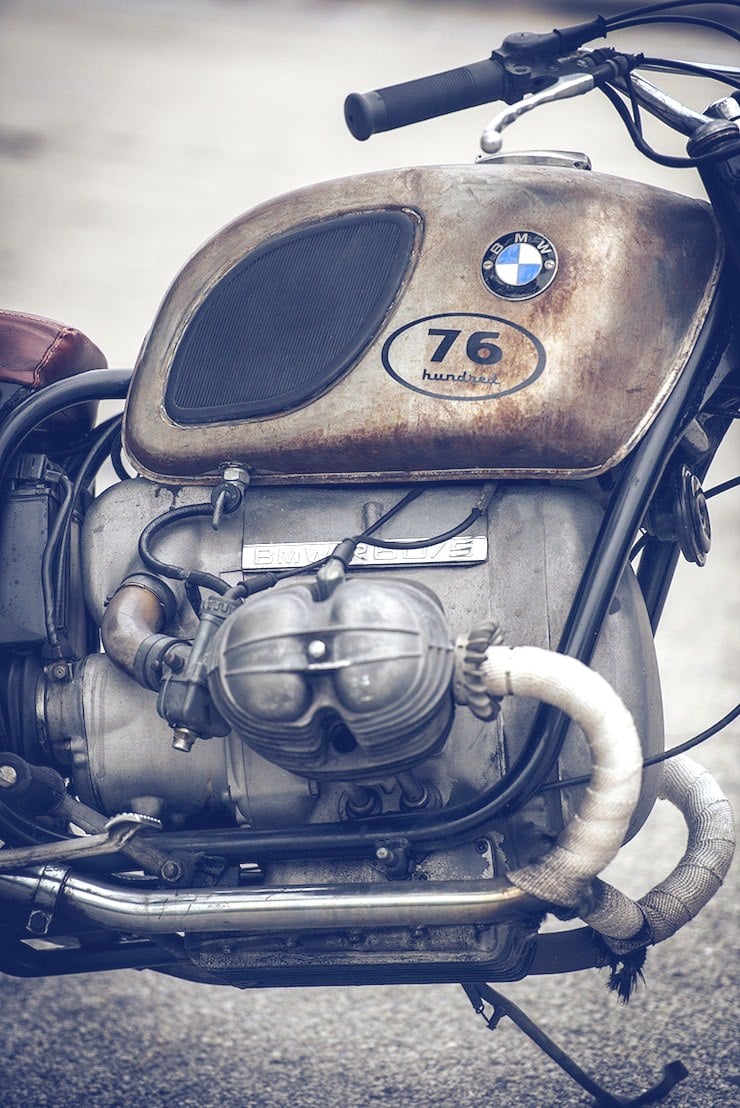 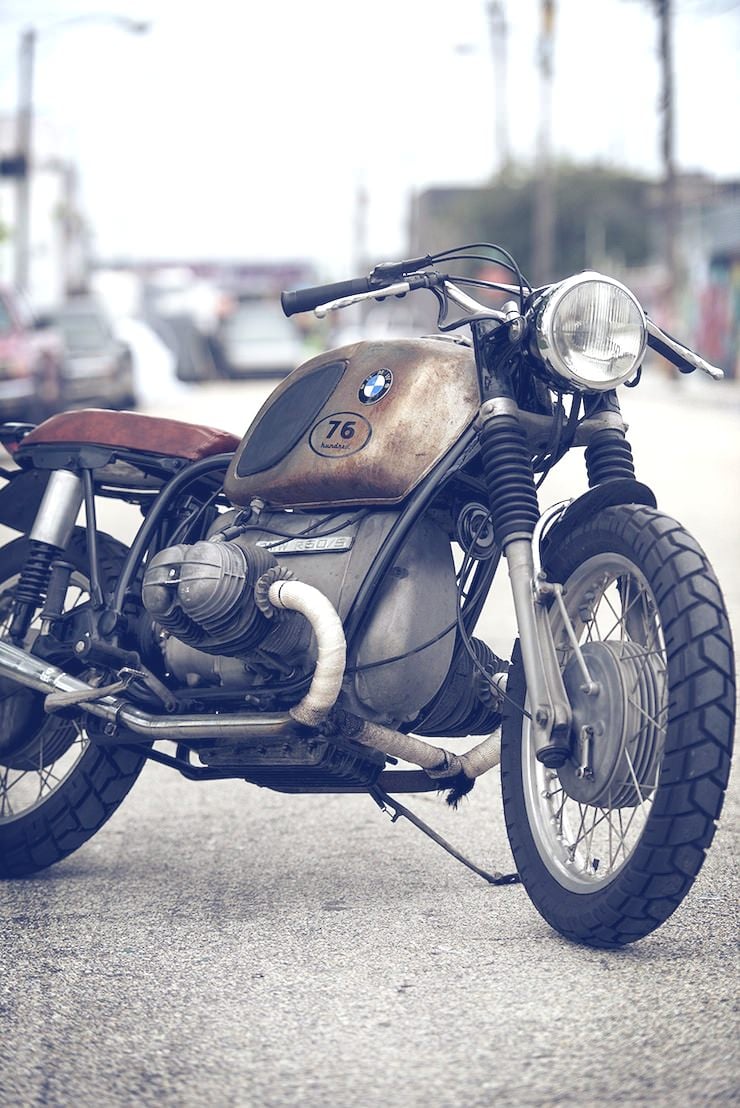 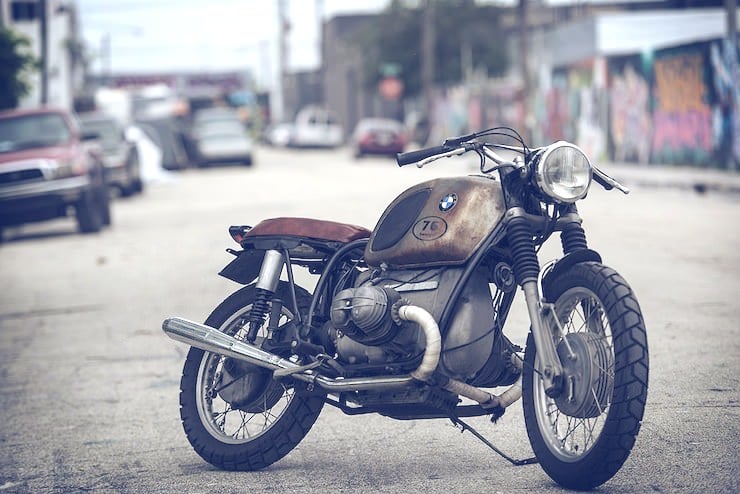 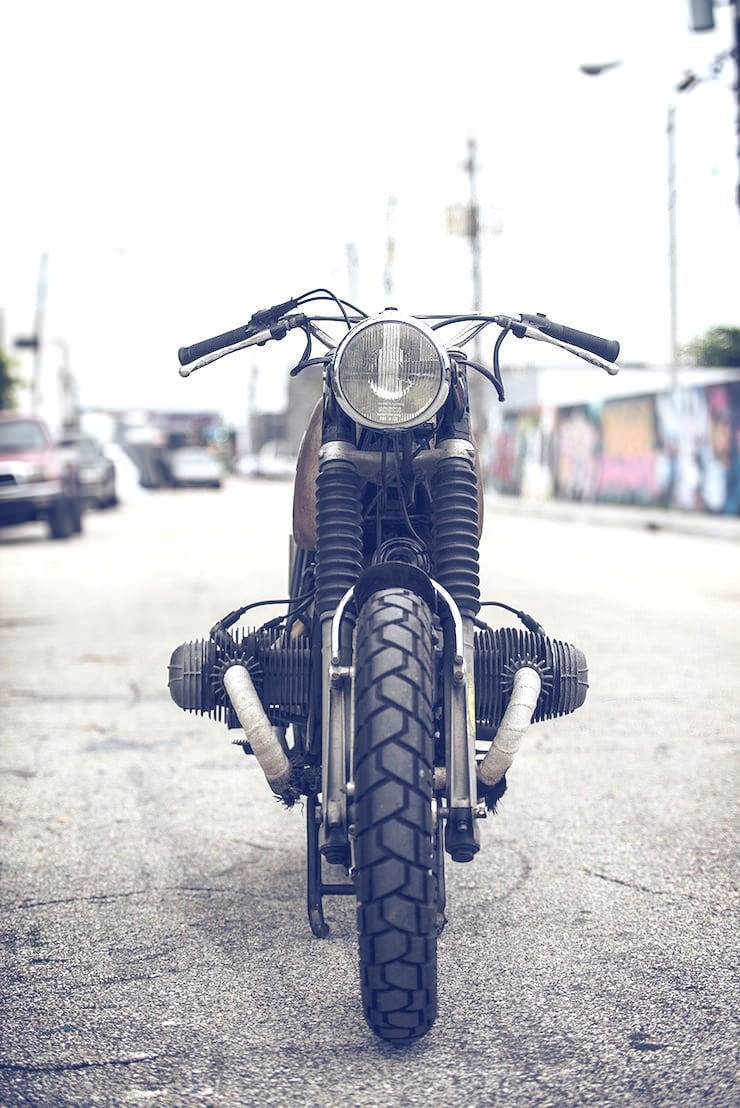 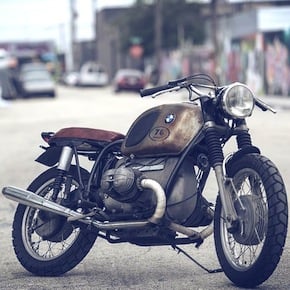