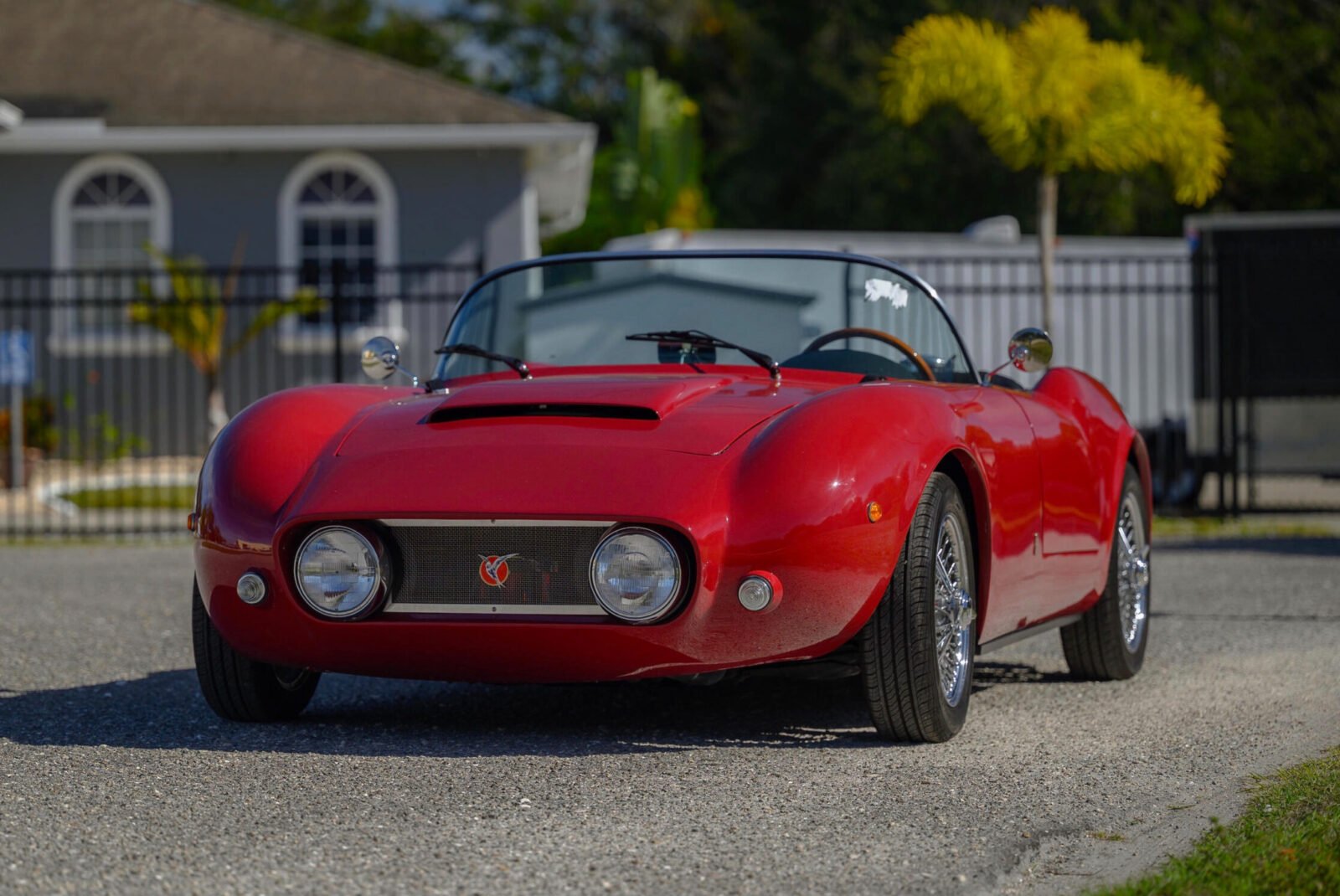 This is the Simpson Design Swift Roadster, it’s a classically-styled sports car with a 0-60 mph time of under 4.0 seconds, it rides on modern suspension and disc brakes, and it gets excellent fuel economy – almost 50 mpg in fact.

Despite its European looks the car was actually developed by a Texan named Jim. His full name is Jim Simpson and he’s been working in car design since the 1970s – including a two year apprenticeship with Ferrari.

Jim Simpson And The Lost Art Of Coachbuilding

The art of coachbuilding has been largely lost due to the rise in popularity of unibody construction in our automobiles. Though far superior for most applications due to increased strength and reduced weight, the unibody has all but killed off the earlier body-on-frame method of building cars. 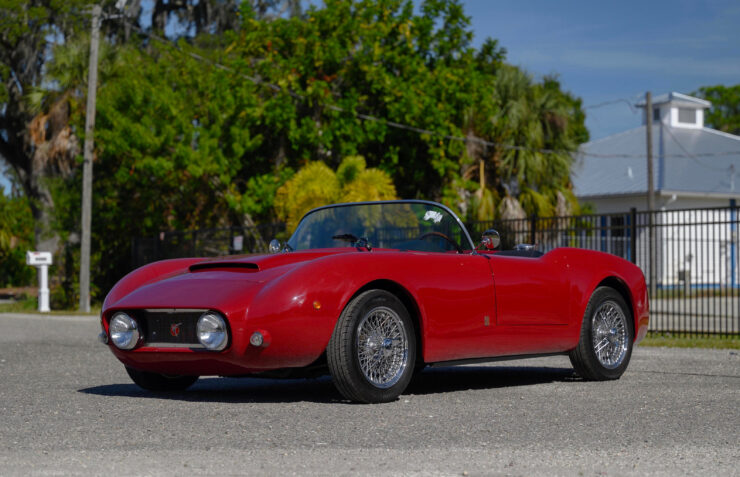 The design of the Swift was inspired by the Michelotti designed 1957 Lotus XI, it has a chassis and body designed by Jim Simpson and it offers excellent performance, even by modern standards.

Coachbuilding companies used to dominate automobile design back in the early days of the 20th century. People would often buy a powered rolling chassis from a manufacturer before sending it off to have a body built for it to their own specifications.

Some well-heeled buyers even had two bodies for their cars – a convertible for the summer and a hardtop for the winter that offered better weather protection.

While almost all of the original coachbuilding companies have now faded into history, there are still people out there creating unique bodies for cars, and one of them is a friendly man from Texas named Jim Simpson.

Simpson started out sketching cars before being offered a place with GM, in his earlier years he would do apprenticeships in Europe including a two year stretch with Ferrari.

Over the years he started designing and building his own cars, in fact his concept car Blue Ray 3 was chosen to represent Nardi at their 60th anniversary at the Concorso Italiano. 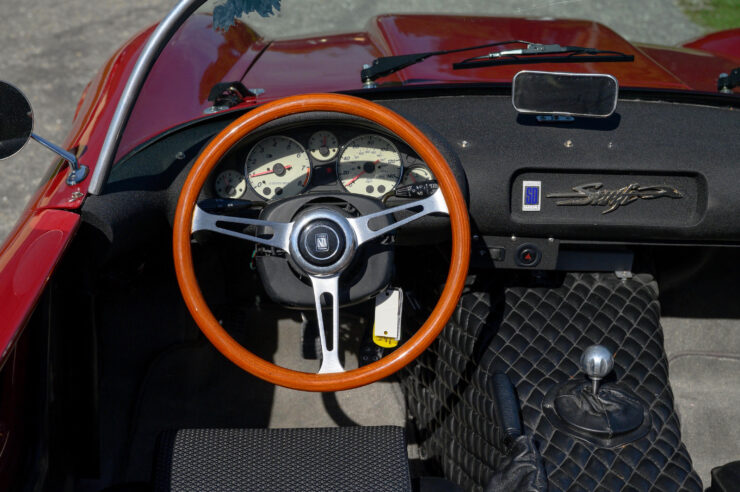 The interior of the car is beautifully appointed, with a Mardi wood-rimmed steering wheel, diamond quilted upholstery, and a nicely designed dashboard.

The Simpson Design Swift Roadster is one of Jim’s more recent projects. He first developed a scale model, this was then turned into a 3D model which was turned into a wooden body buck. This buck was used to develop a full fiberglass mould, and the first body was made.

Jim developed a steel chassis for the car as well as a full fiberglass body, he decided to make use of many parts from a donor Mazda Miata in order to give the car modern suspension, braking, performance, and reliability.

The interior of the car is beautifully appointed, with a custom dashboard, 1950s period-correct seats, a wood rimmed steering wheel, and a diamond stitch quilted transmission tunnel. The completed car sits on knock-off wire wheels and a modern set of tires.

The Swift you see here is due to cross the auction block with Bonhams on the 27th of January, the price estimate is $65,000 – $85,000 USD and you can click here of you’d like to read more about it or register to bid. 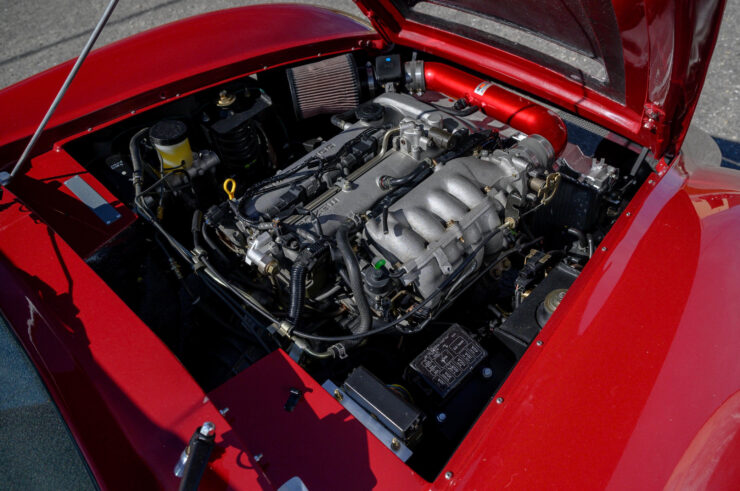 With 142 bhp at 7,000 rpm the Mazda Miata engine is mated to its original 5-speed transmission, offering a sub-4.0 second 0-60 mph time thanks to the low weight of the Swift. 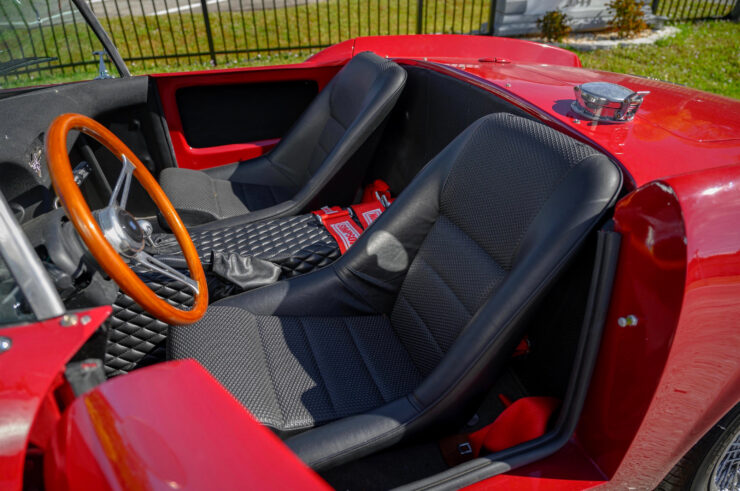 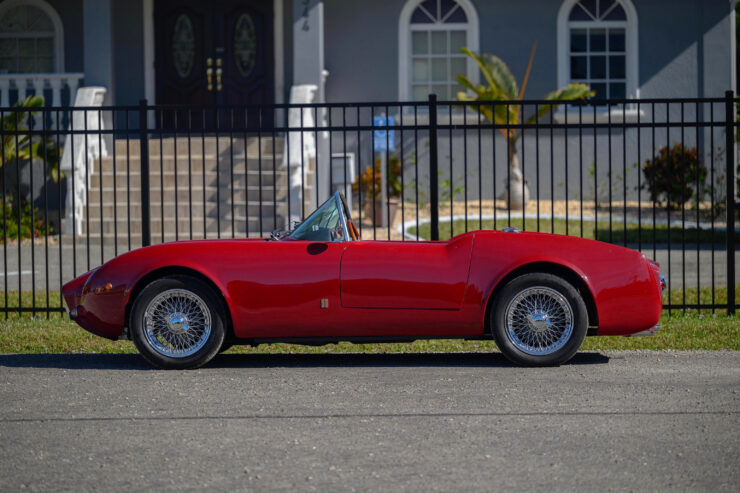 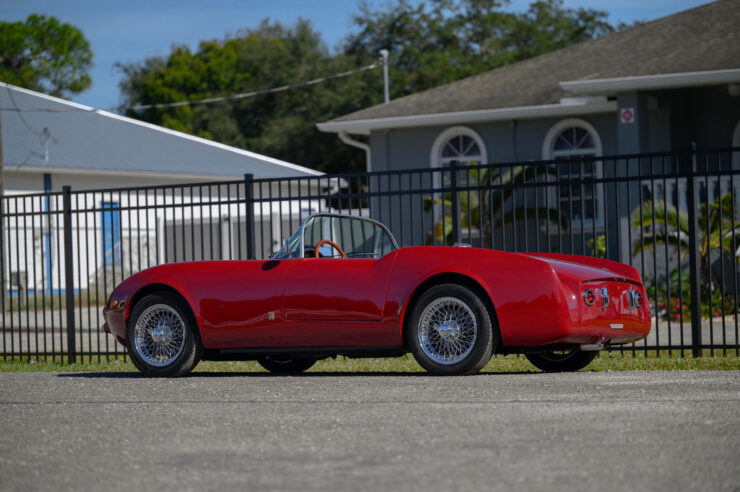 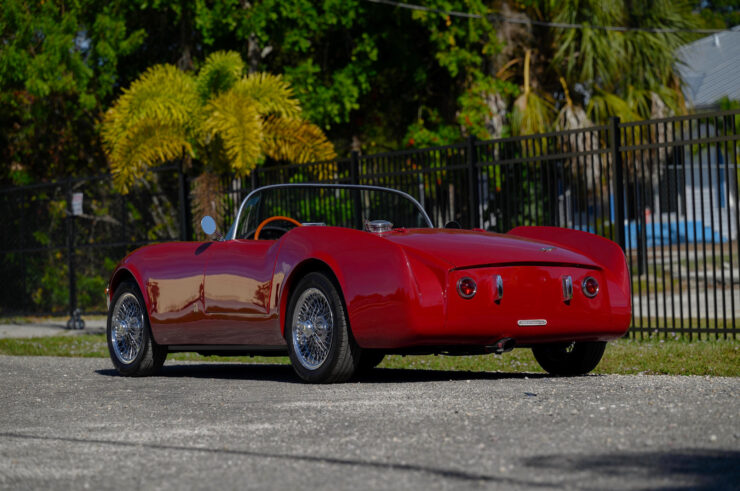 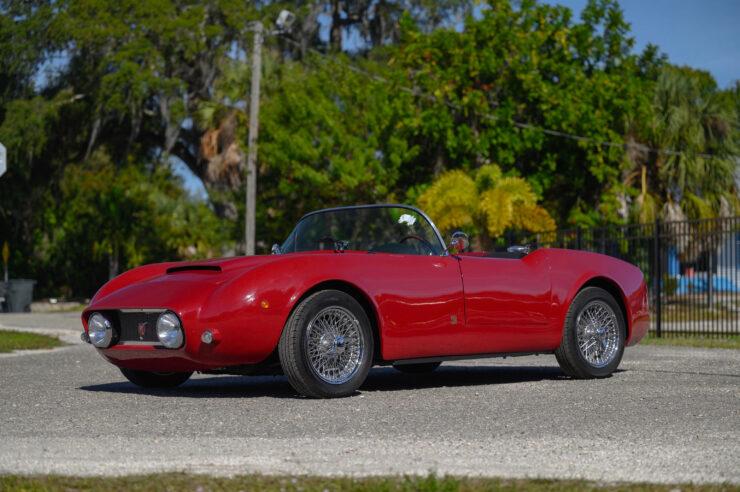 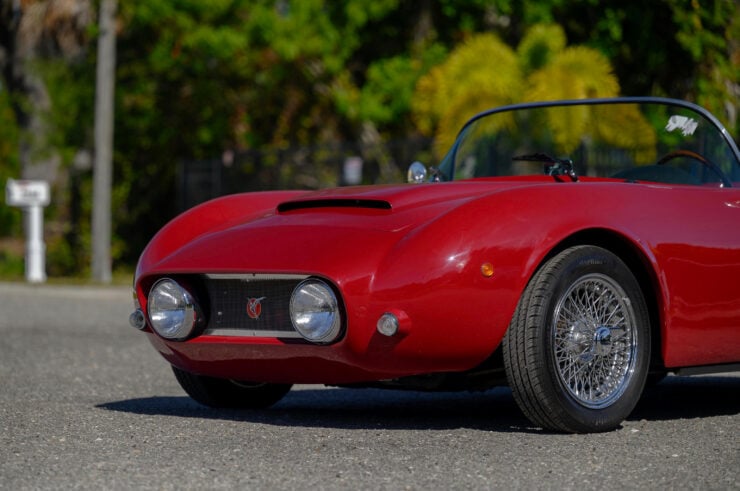 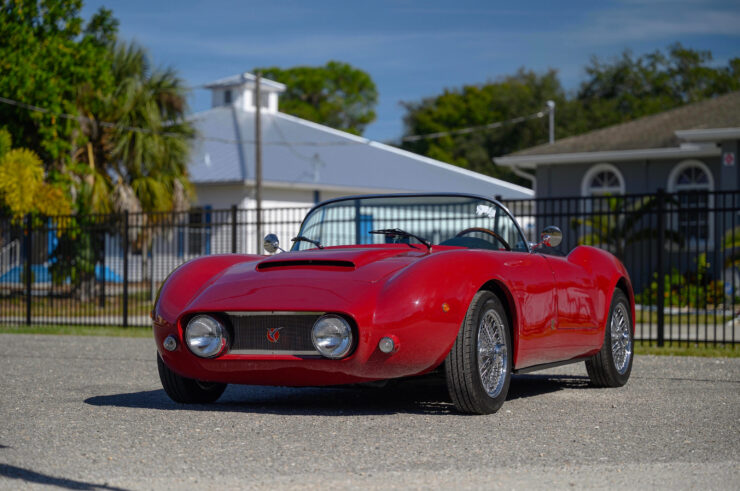 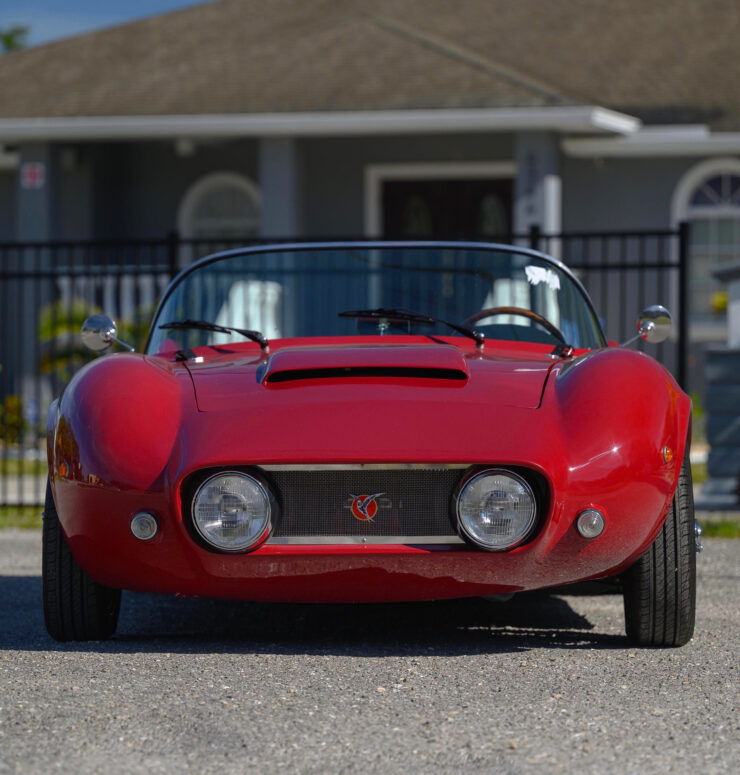 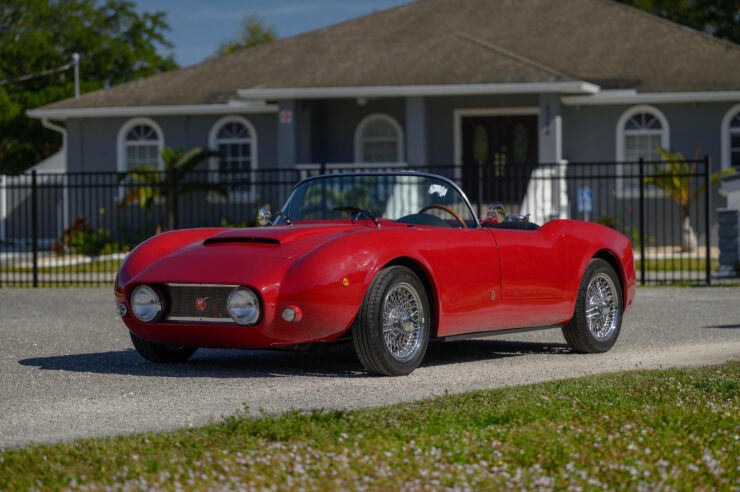 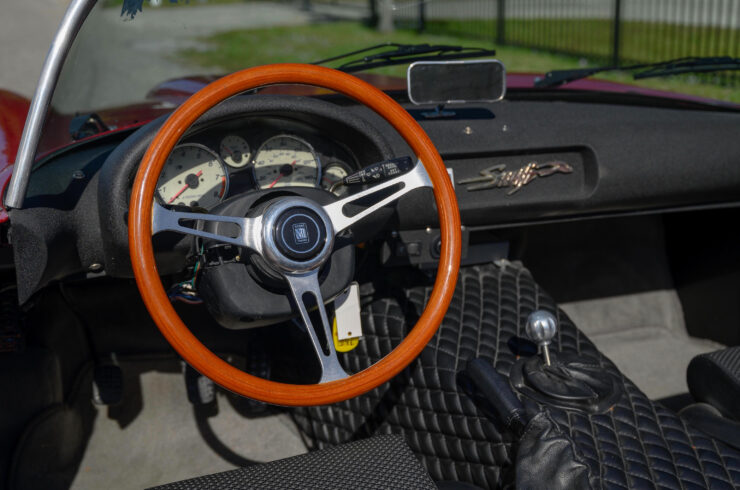 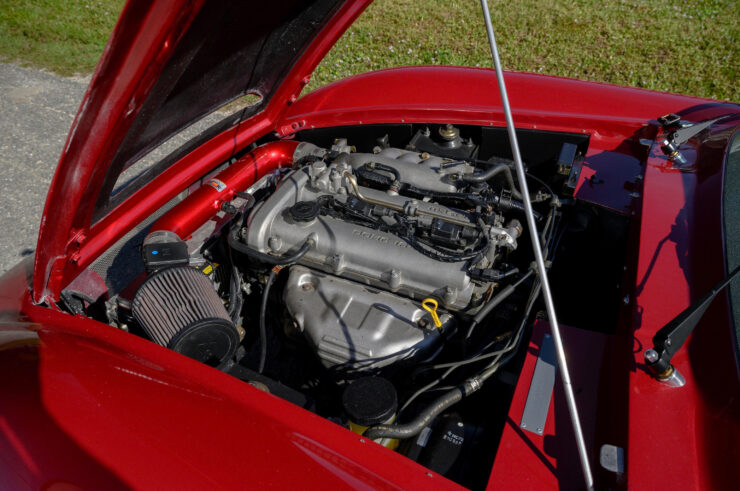