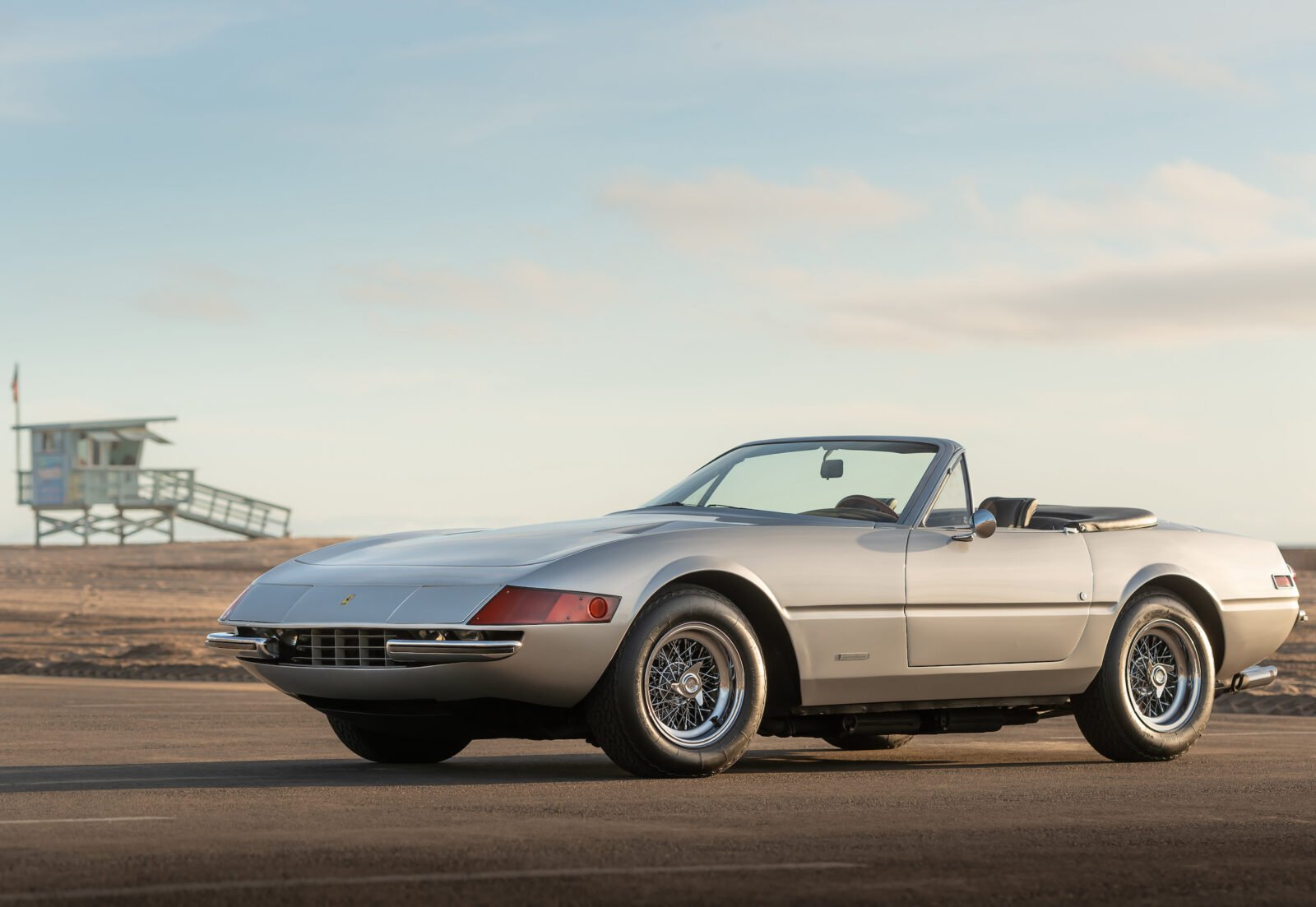 Later in its life the car was involved in a cross-border ownership dispute between Mexico and the United States that included nefarious characters linked to the then-president of Mexico, José López Portillo.

Daytona – The Car Built To Beat The Miura

When Lamborghini unveiled their new mid-engined Miura at the 1966 Geneva Motor Show it sent shockwaves around the world. It has (controversially) been called the world’s first supercar and much to the chagrin of Ferrari, it was faster than any road car they had in production at the time. 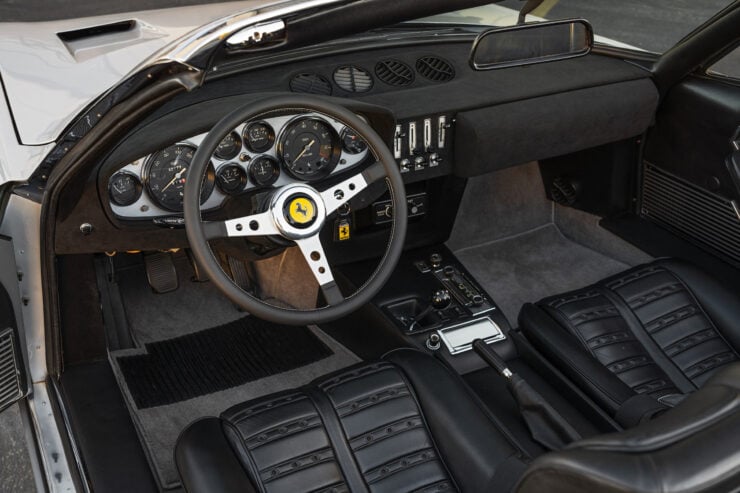 The beautifully appointed interior is instantly recognizable as the work of Ferrari, even before you see that distinctive Prancing Horse on the steering wheel.

The program to develop the Ferrari 365 GTB/4 was kicked into high gear as a result, the final production car would be unveiled in 1968. Interestingly it still used a front mounted engine rather than the mid-mounted transverse engine of the Miura, but critically the Ferrari would be faster – by just 3 mph.

A Daytona was chosen by Dan Gurney and Brock Yates as their entry into the first ever Cannonball Baker Sea-To-Shining-Sea Memorial Trophy Dash in 1971. The two men won with an average speed of 80.1 mph and a total elapsed time of 35 hours and 54 minutes between New York City and Los Angeles.

The general public still know the Daytona best for its frequent on-screen appearances in the first two seasons of the original Miami Vice TV series. The two cars used during filming were actually replicas with fiberglass bodies based on C3 Corvette chassis.

Ferrari eventually sued, the faux Daytona was destroyed by a Stinger missile in the episode “When Irish Eyes Are Crying,” it was replaced for series three by an authentic Ferrari Testarossa donated by the Italian automaker. 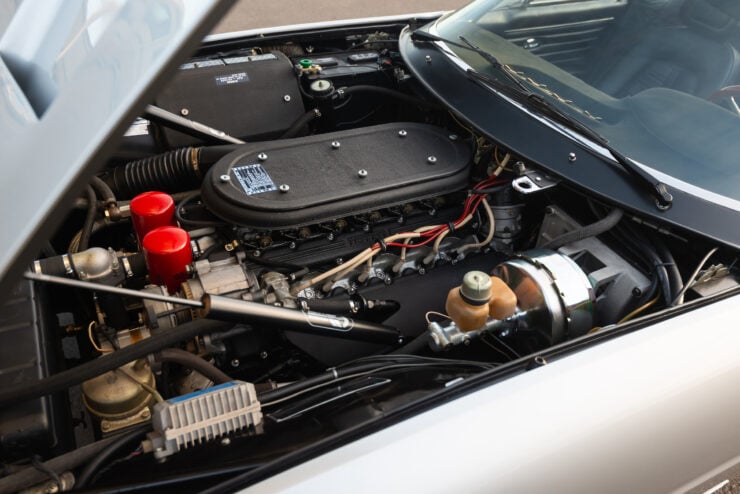 The car you see here is a particularly notable Daytona, not least for the fact that it’s one of just 122 spiders (convertibles) that were built by Ferrari.

Over 1,400 Daytonas would be built in total though the vast majority were the berlinetta hardtop coupes – many of these were later converted into convertibles however they’re not considered as desirable as a factory-original spider.

This car was bought new by H.J. Hoff who displayed it in the paddock at Road America during a Trans-Am race in Elkhart Lake, Wisconsin. In 1975 he would sell the car onto an already well-known film director named Sydney Pollack. 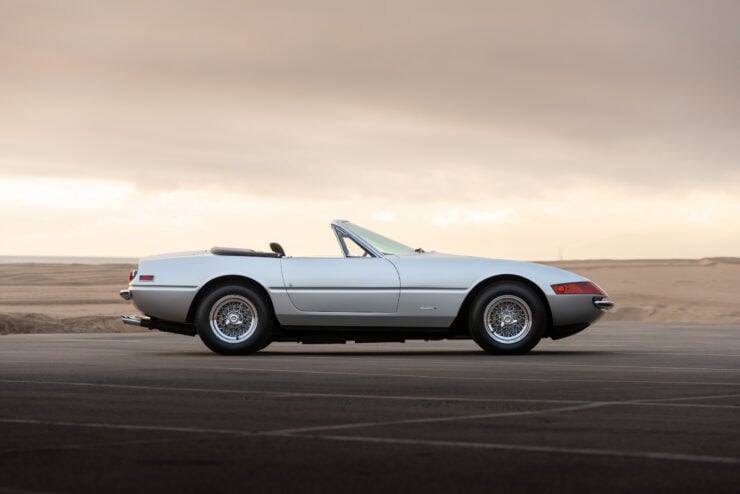 Though it was originally designed by Pininfarina’s Leonardo Fioravanti as a coupe, the convertible (spider) version released in 1971 looks like it was always designed to have a drop top.

The car was later bought by Alberto Amezcua of Mexico City who lost the car in 1981 when he was forced to sign over the title due to strong-arm tactics by a powerful local pawn shop owner with ties to the Mexican president José López Portillo.

In 1999 a new owner bought the car and commissioned a show-quality restoration by Vantage Motor Works. The car is now being offered for sale by RM Sotheby’s by its current owner, it has just 40,150 miles on the odometer, and it comes with the correct tool roll and owner’s manuals. 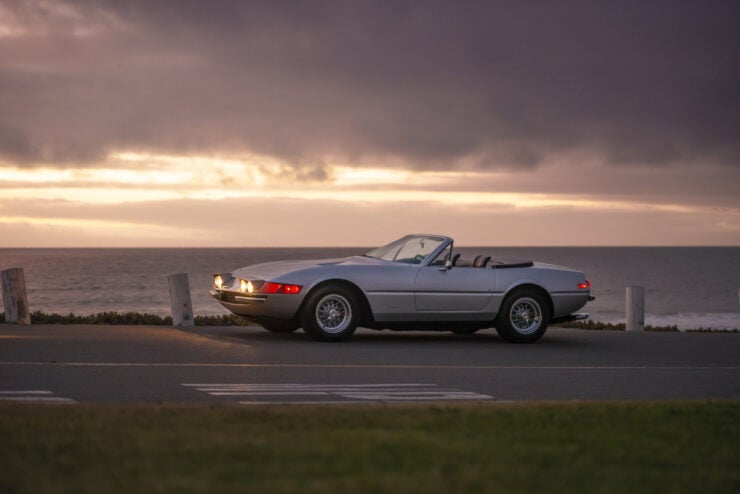 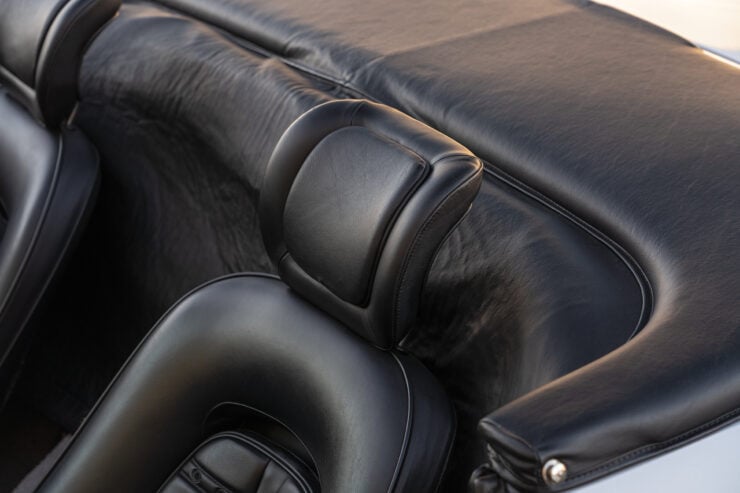 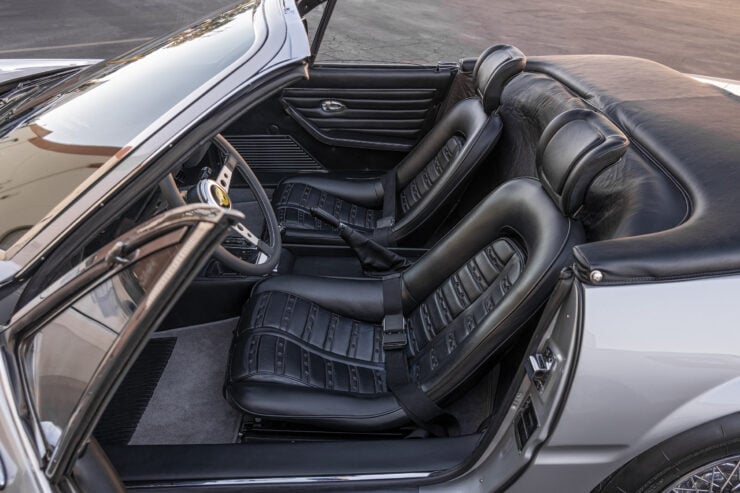 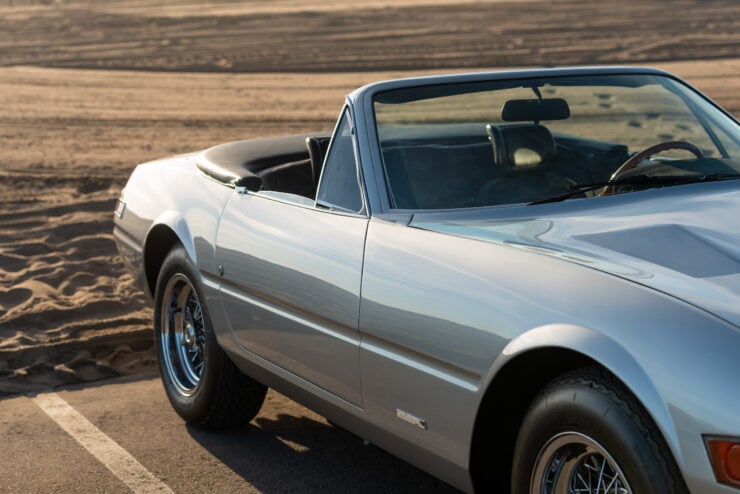 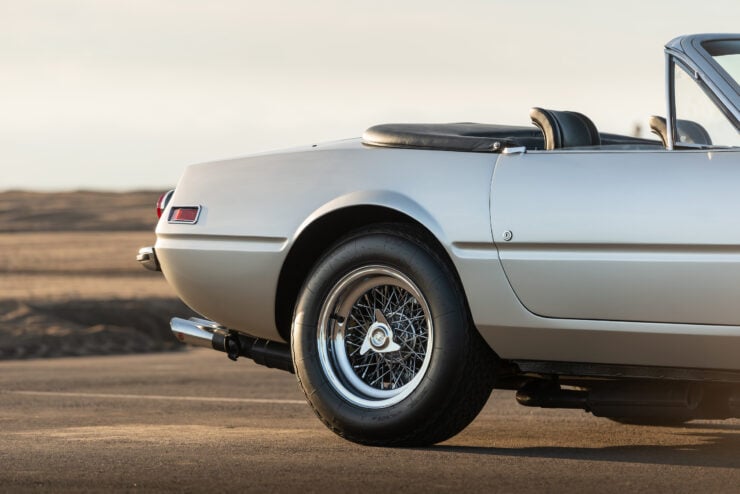 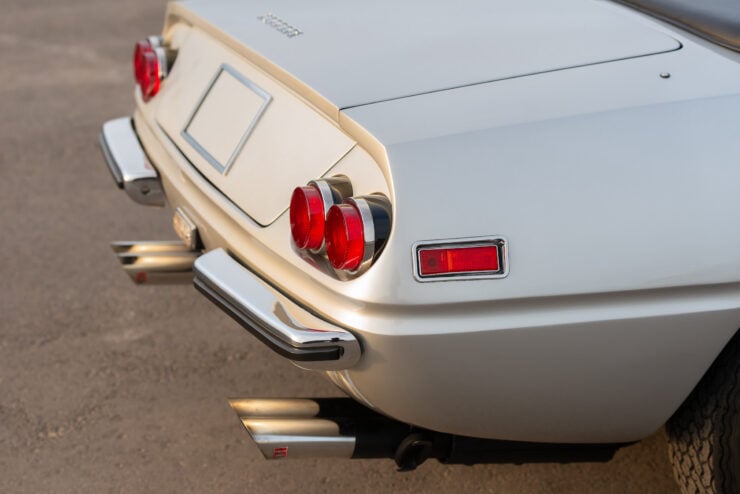 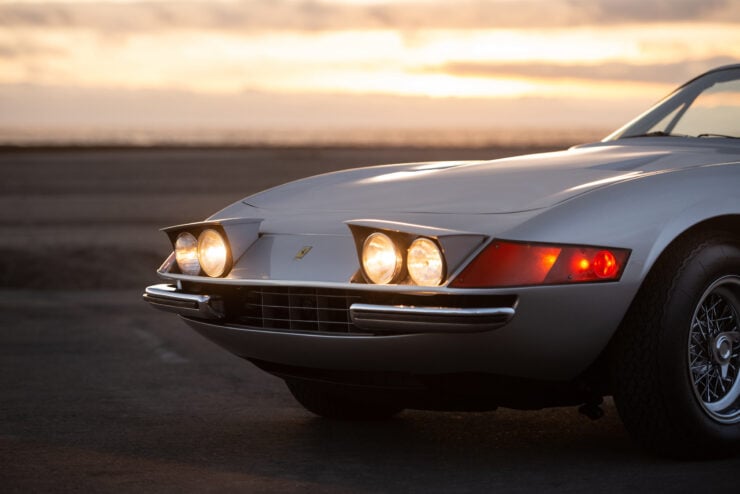 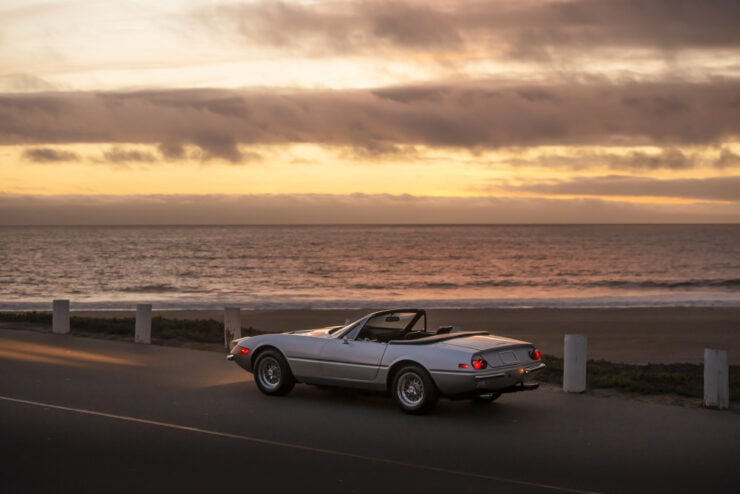 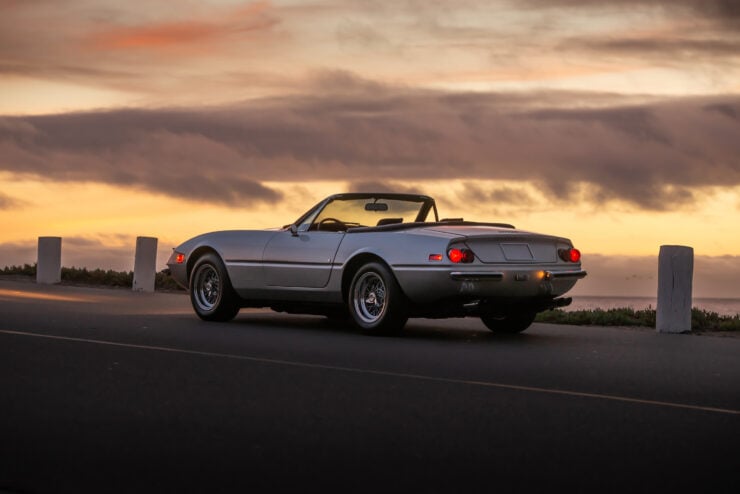 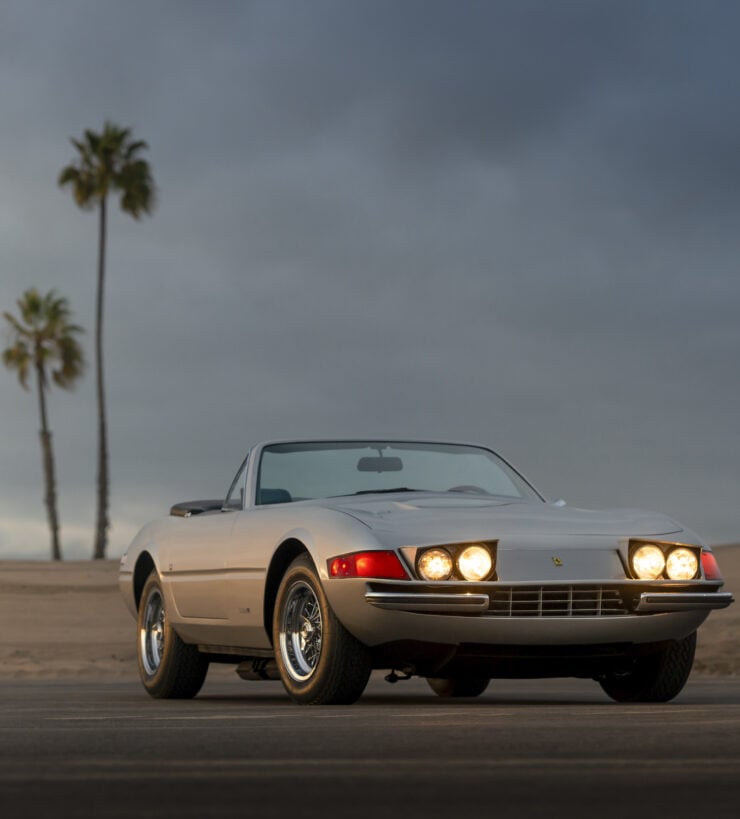