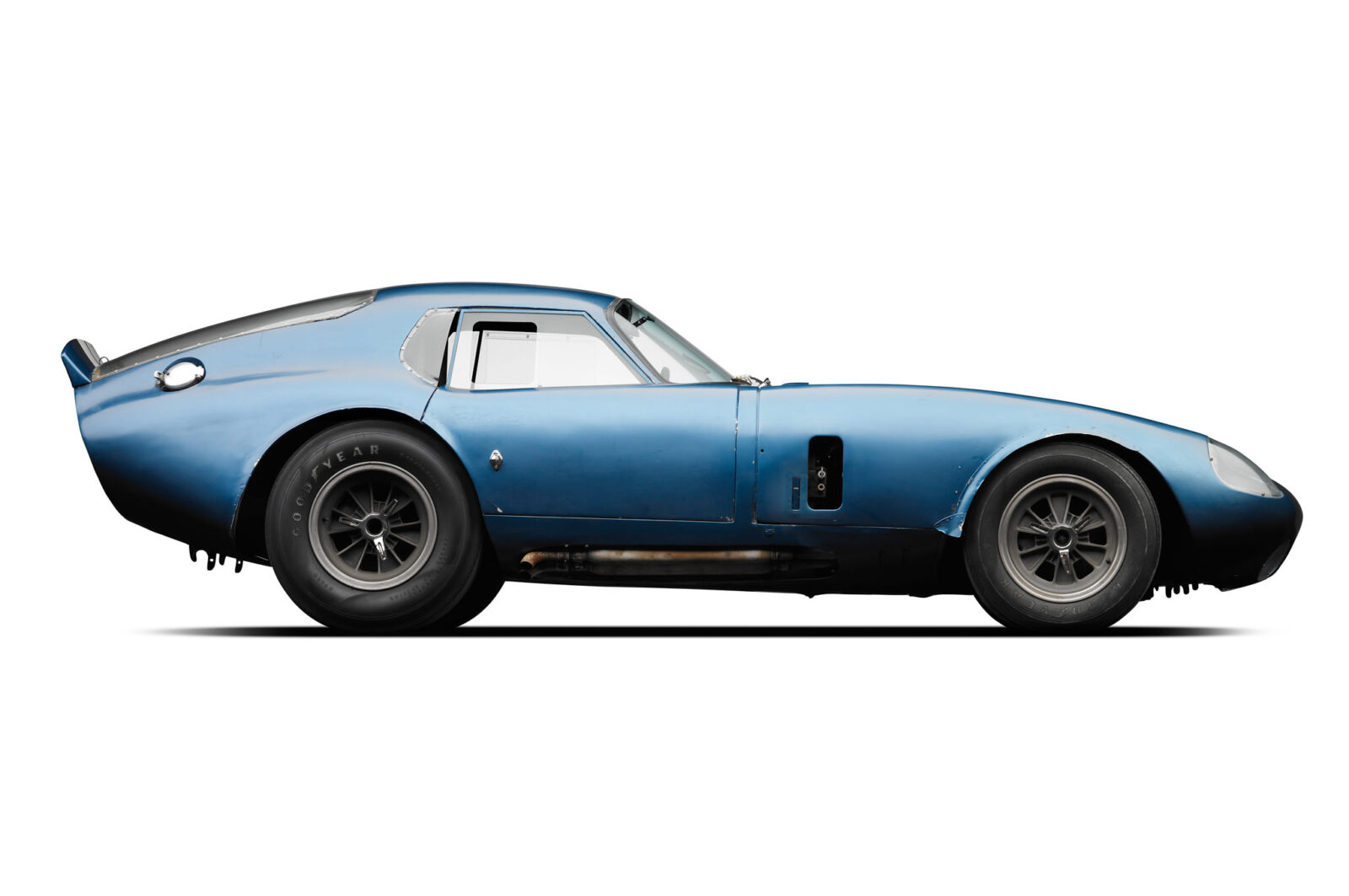 Personally, I think the Shelby Daytona is one of the most beautiful cars of all time. Its incredible history and rarity add to its appeal but from a purely aesthetic perspective, this is an automobile that belongs in an art museum.

The Shelby Daytona, sometimes referred to as the Shelby Daytona Cobra Coupe, was Carroll Shelby’s first proper swing at Enzo Ferrari. The convertible Shelby Cobra produced too much drag at speeds over 150mph to be a real challenge to the sleek Ferrari 250 GTO, Carroll tasked Pete Brock to build at entirely new body on the frame of a Shelby Cobra, which he designed using plywood, cardboard and gaffer tape.

Once the shape was settled Brock hand-beat aluminium panels into shape, all of the original 6 cars have slightly rough bodies due to the way they were made but despite this, they managed to break the 190mph mark during shakedown testing.

At the 1964 Le Mans the Shelby Daytona went onto win the GT class – soundly beating the Ferraris. The car would go on to win a slew of other races and eventually take the FIA World Sportscar Championship in 1965, later in the same year one of the cars would go to Bonneville and break 23 land speed records.

The most authentic modern Shelby Daytona is the Superformance Daytona Coupe– It’s eligible for entry into the Shelby American Automobile Club owners registry and uses a genuine Shelby CSX9000 chassis with a body designed by Pete Brock himself. They aren’t cheap, but they are capable of wiping the floor with almost any modern car you throw at them.

The wallpaper below is 2048px wide and 1360px high, to download it all you need to do is drag and drop it to your desktop, or right click it and select ” Save Image As…”