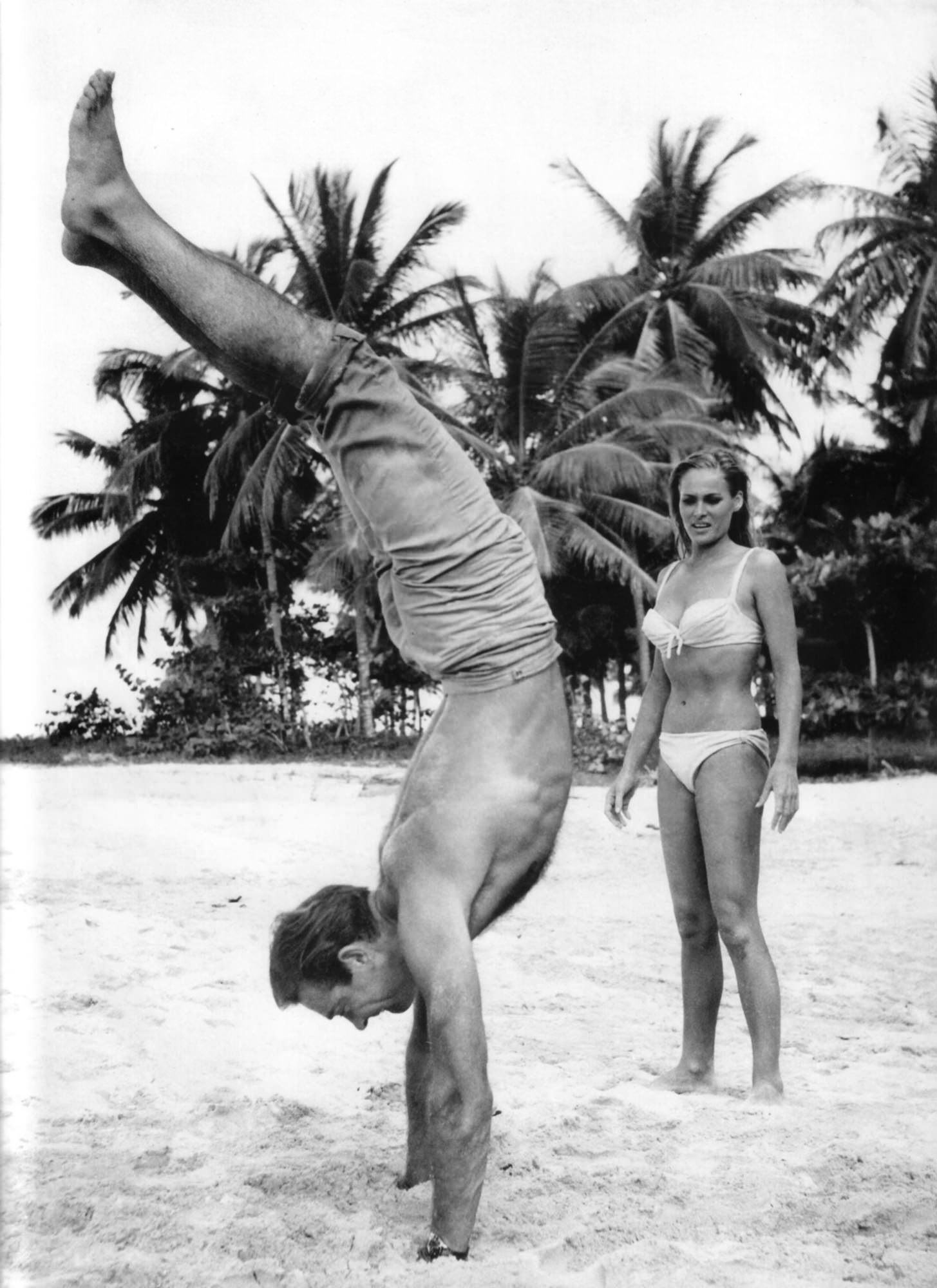 After the popularity of last weeks post featuring an upside down Ursula Andress and an impressed looking Sean Connery we thought it was fitting to share this picture, this time with Connery upside down and Andress looking on with a slightly worried look on her face.