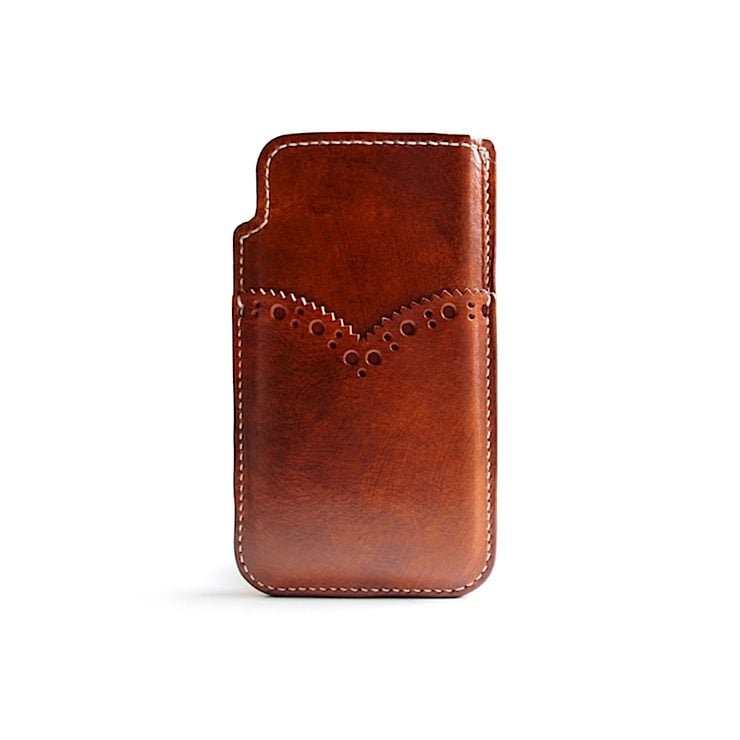 The only way to own an iPhone and not smash it to bits every time you drop it, which we all do rather often, is to put it in some sort of case. You then face the problem of finding a case that isn’t hideous and won’t make your phone look like a 3rd rate Chinese knock-off.

The design team at Eatsleeplay have created an elegant solution to this problem with their latest iPhone sleeve, it’s made from hand-dyed leather and has a cool little Brogue-styled pocket slot on the back for storing credit cards, cash, business cards or, if you’re a rapper, hoe-digits.