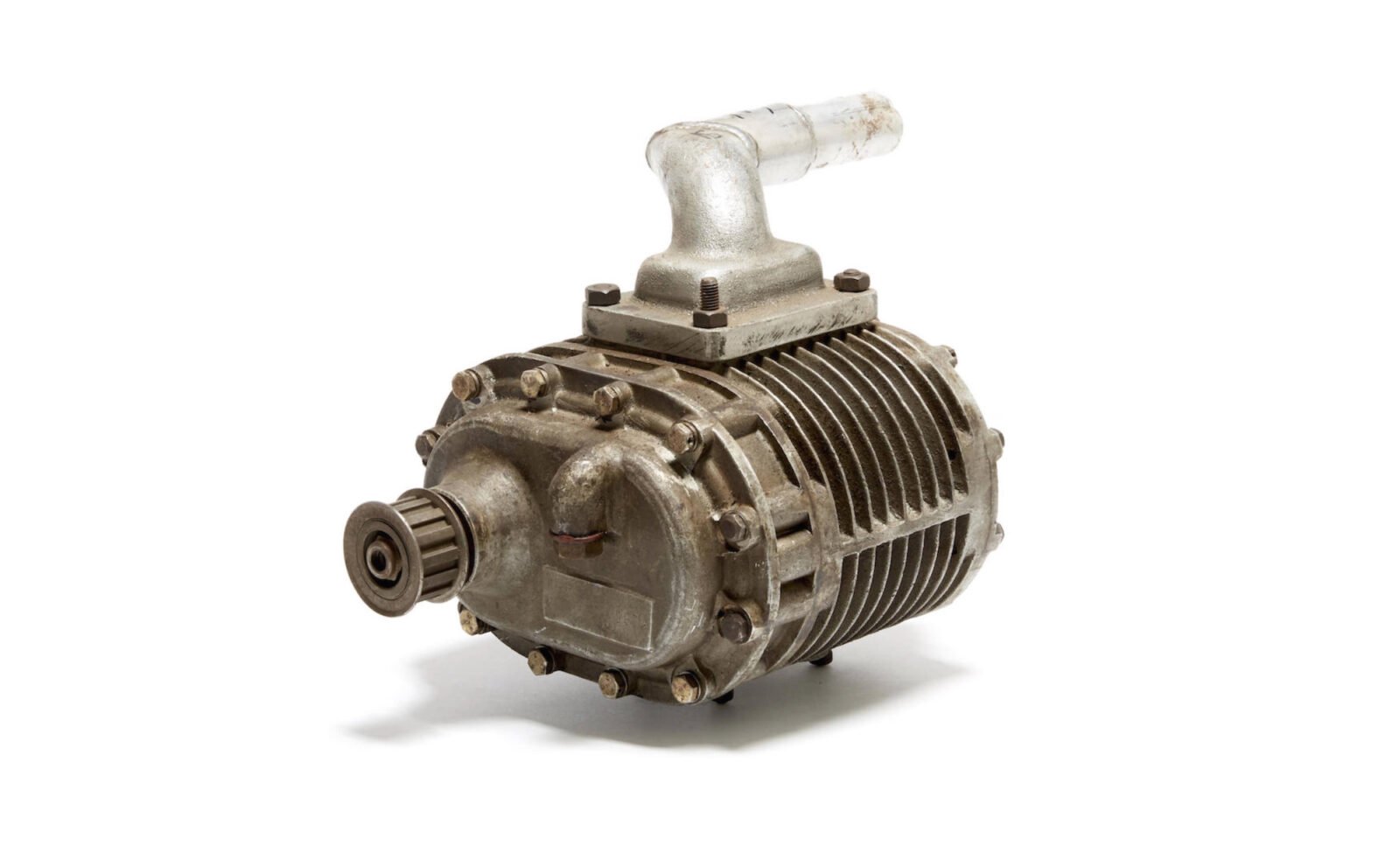 SCoT Superchargers were a favourite of the salt lake racers of the ’50s and ’60s, they could be easily fitted to a flathead V8 for a significant boost in power. SCoT stands for Superchargers of Turin, the kits provided by the company saw widespread use in motorsport applications in North America, Europe and further afield in New Zealand and Australia.

Of course anything that makes a car faster is going to be popular with those seeking to make their road cars faster too, and the majority of kits built by SCoT are thought to have been fitted to road cars. The supercharger you see here is an all-original model that’s due to be sold at the Bonhams Preserving the Automobile Auction on the 5th of October 2015. 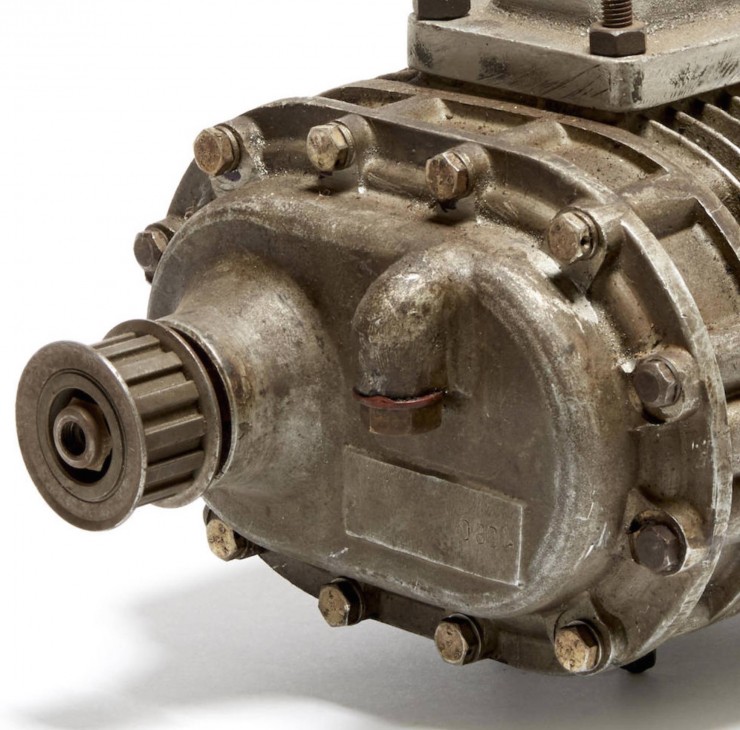