This fascinating Saturn V cutaway drawing is by far the most detailed I’ve ever come across. It’s an original, official Boeing engineering breakdown by Don Sprague and includes everything you ever wanted to know about the Saturn V’s internal workings – right down to millimetre accurate measurements for all major components.

Click the image below to load the full-sized version. 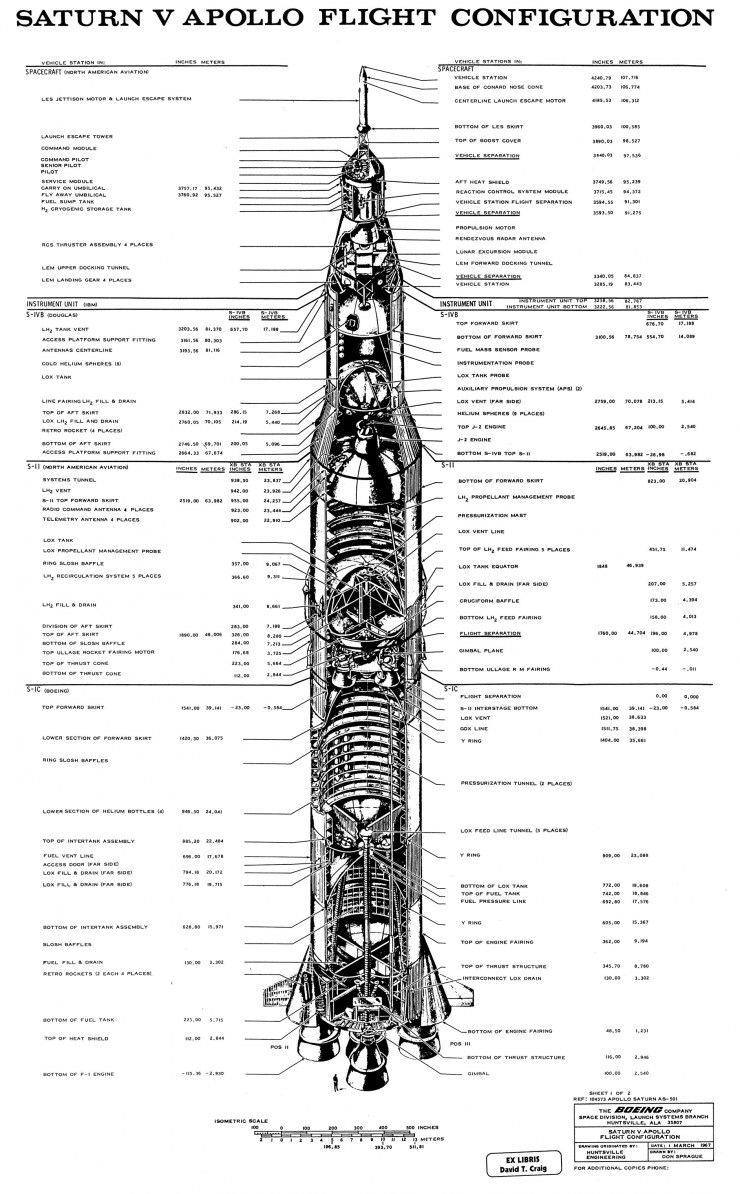 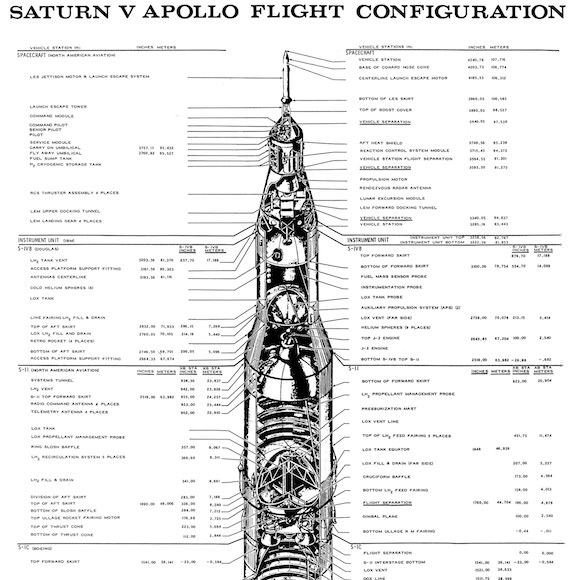