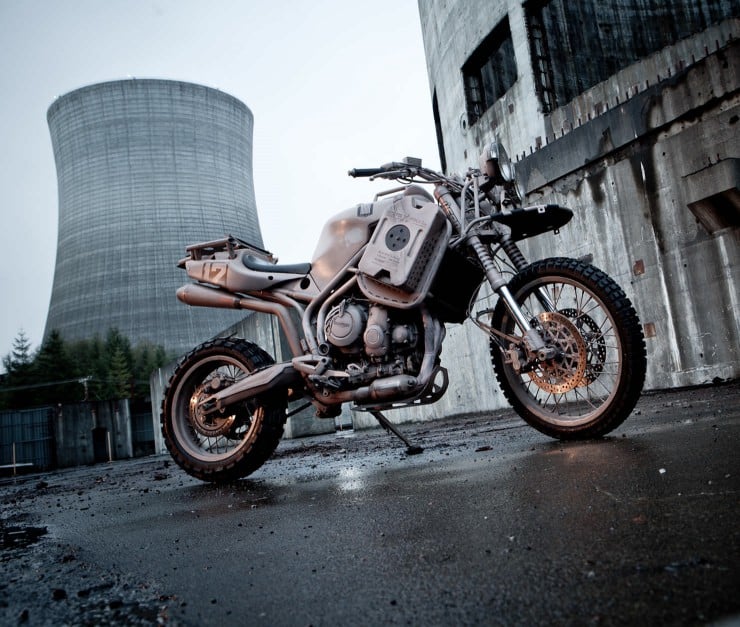 This Triumph Tiger 800XC custom was built by Icon 1000 as a joint, collaborative project between the two companies last year that was conceived as a concept design of what an ideal, post-apocalyptic motorcycle would look like.

The team at Icon started with a stock 2011 Triumph Tiger 800XC, already an excellent off-road tourer, and began the project by removing the body work and welding on a steel plate under the sump. Additional steel tubing was then welded to the frame to further protect the engine from stones, debris and zombie teeth.

A new, handmade fuel tank was fabricated to fit the 800XC and increase its range, jerry cans were then mounted front and back to ensure that the rider would be able to make 1000 mile recon runs if needed, without running out of gas. New, stiffer Öhlins suspension was then added to give the bike a sure-footed feel across varied terrain and new Continental TKC80 tires were added at both ends for improved grip. 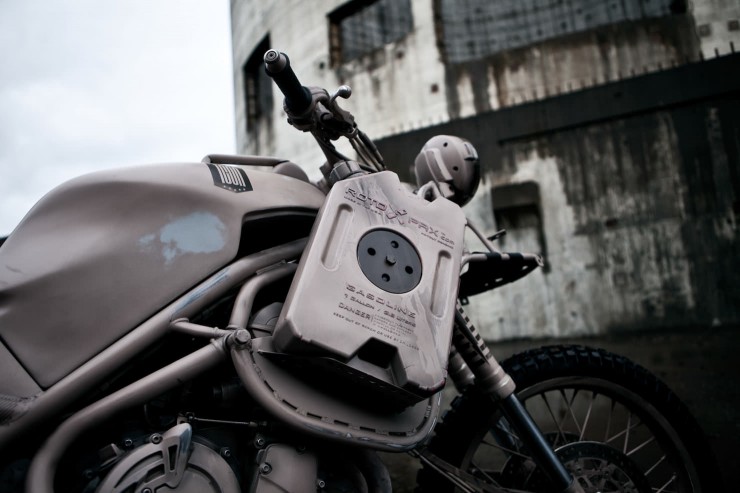 To ensure that the rider will be able to see where he or she is going in the nuclear winter hellscape, a twin PIAA® HID light set-up was added to the front and coupled to a Ballistic® lithium battery for improved longevity and reduced weight.

Icon 1000 named the bike the “Dromedarii” after the camel-riding auxiliary military mercenaries recruited in the desert provinces of the Roman Empire. The Dromedarii became legendary in the late Roman Empire to the point that even horses developed a fear of the smell of camels.

Read more about the Dromedarii here. 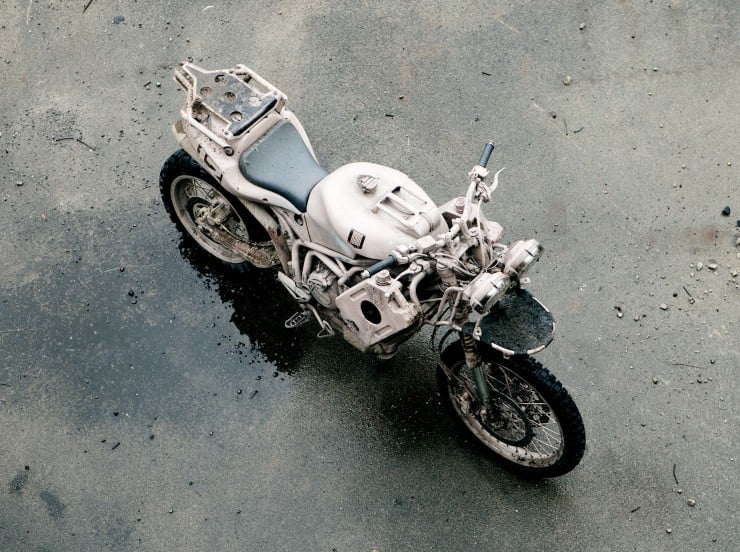 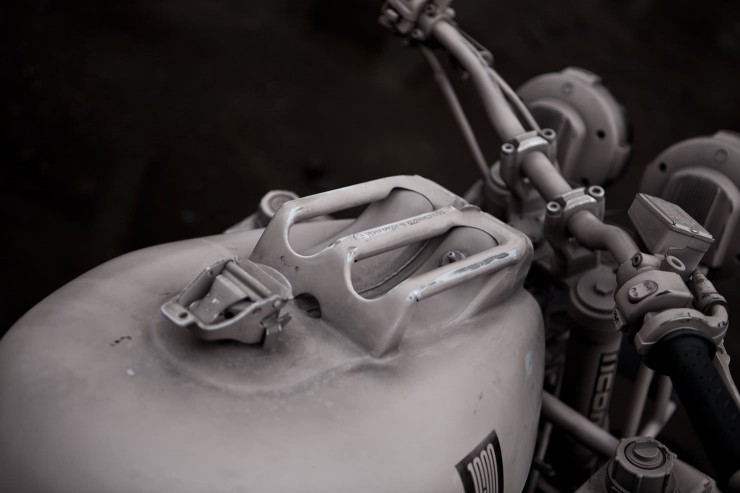 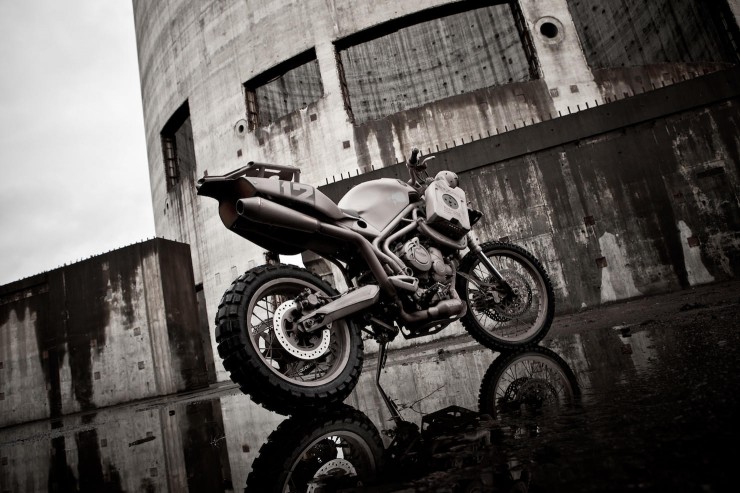 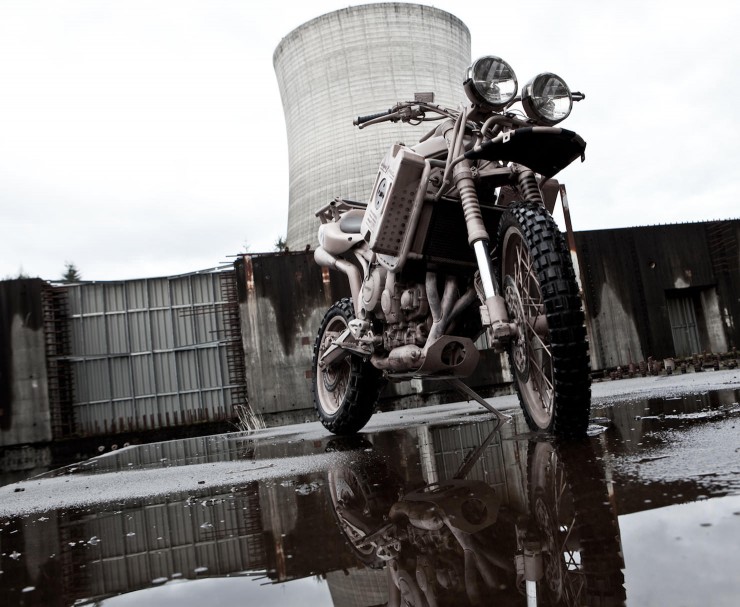 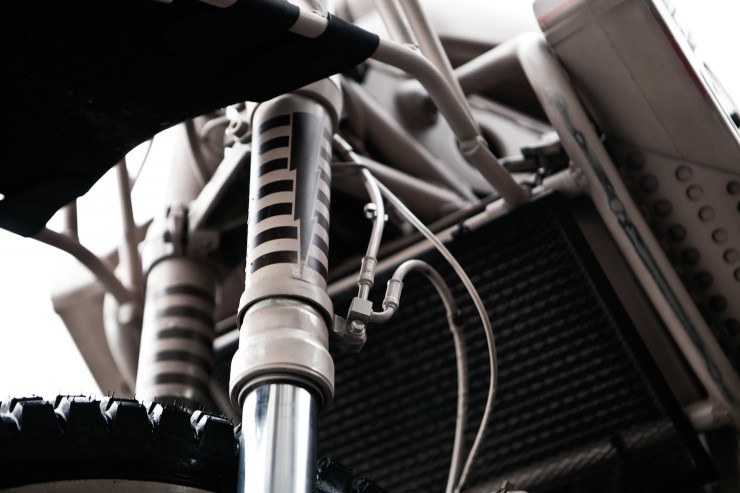 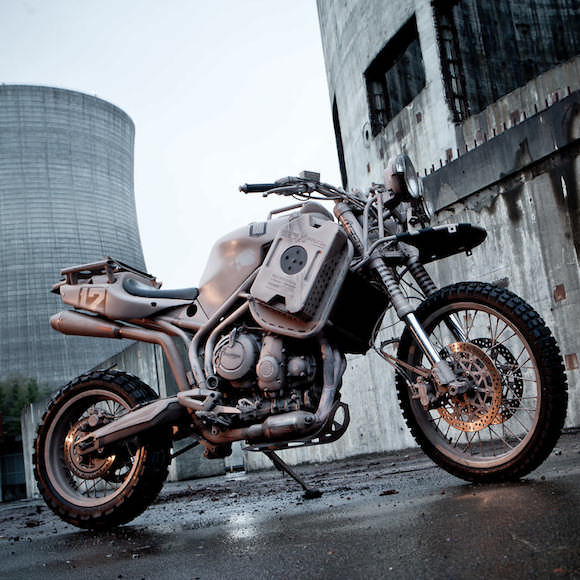