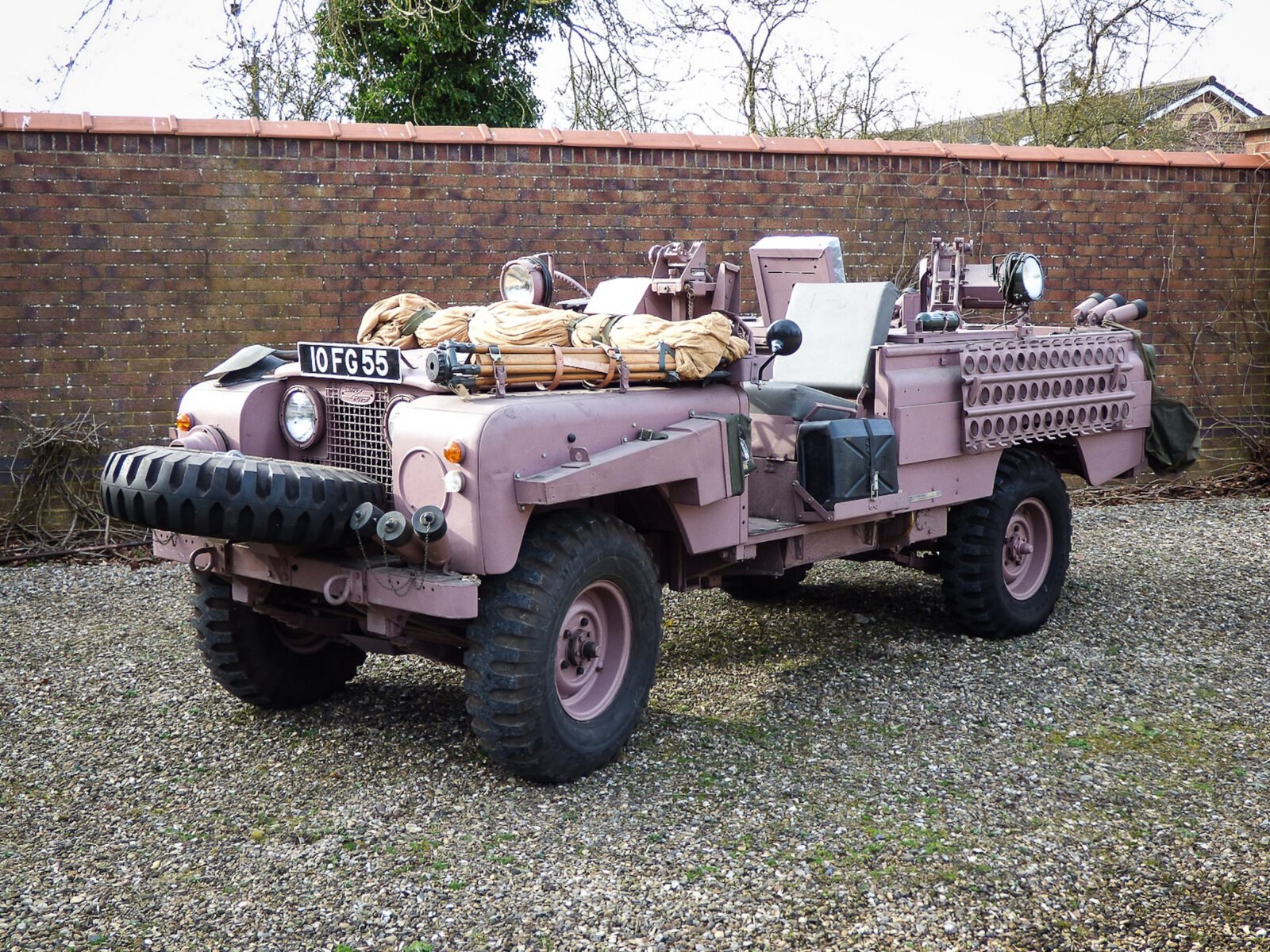 The Pink Panther, often referred to as the “Pinkie”, is a heavily customised Land Rover Series 2A built for British Special Air Service desert warfare operations in the Middle East.

The SAS are globally renowned as being one of the single toughest and most effective special forces units in the world, so building them a 4×4 exclusively for desert use was no small undertaking. 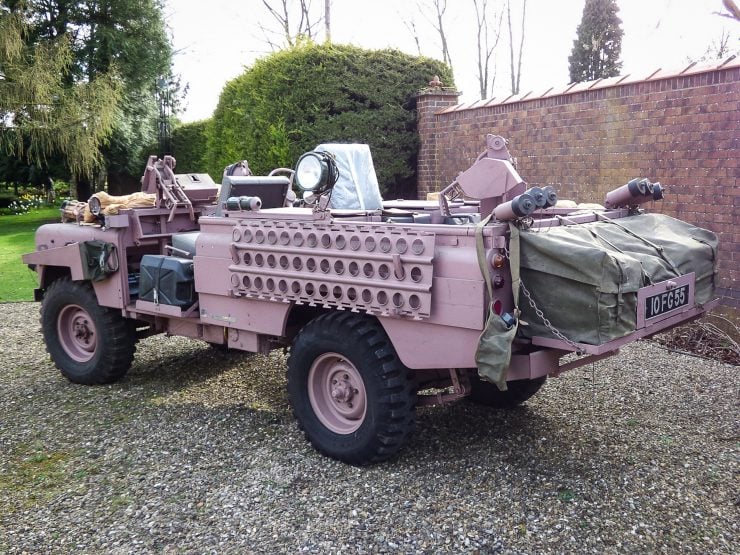 The choice of pink may seem strange but it was discovered that it was the most effective color for camouflaging vehicles in the desert – particularly in the dawn and dusk parts of the day.

The story goes that an aircraft had been painted pink in order to make it highly visible, it crashed and proved impossible to find in the desert sands. It was later discovered entirely by accident.

The first SAS vehicles had been American Jeeps during the Second World War, they’d be used for sabotage and reconnaissance missions behind enemy lines and they’d proven to be highly capable. 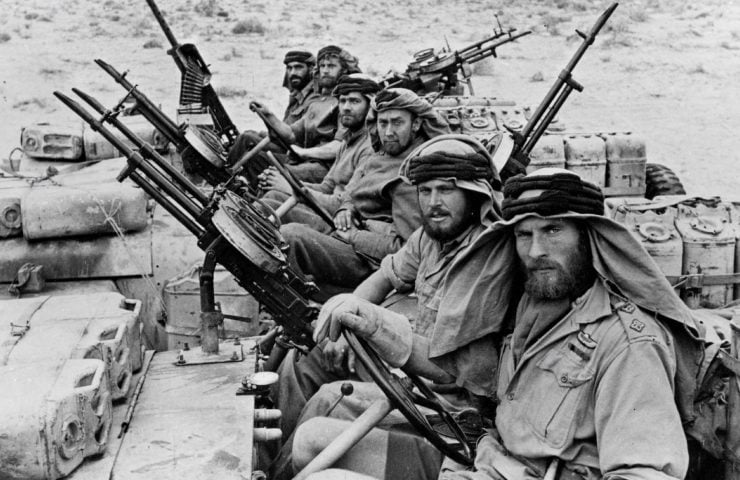 Above Image: Men of the Long Range Desert Group returning from a patrol behind enemy lines during WWII in North Africa – circa 1942

The Land Rover Series 2A Pink Panther – The Pinkie

These factory-stock 109s were sent to Marshalls of Cambridge for conversion to SAS specification.

The basic outline of this desert preparation included the following: four fuel tanks with a combined capacity of 100 gallons, a heavy duty chassis, heavy duty suspension, sand tires, differential guards front and back, and a spare tire was mounted to the front.

Both doors and the windscreen were removed, as was the roof. Rifle boxes were added along with shovels, jerry cans, and sand ladders. For military purposes the vehicles were equipped with a general-purpose machine gun (GPMG), an anti-tank weapon, rifles, grenade holders, smoke canisters front and rear, navigation equipment, and spotlights front and back.

The pinkies came from Marshalls painted bronze green, but for SAS desert service they were painted in light pink, typically including the wheels and even the tires. It’s hard to know what the enemy combatants in the desert must have thought because they’re all dead, but it must have been a sight to behold seeing a bright pink car come roaring over the sand dunes full of decidedly well-trained SAS operatives.

Most of the original 72 Pink Panthers didn’t survive their military service, and those that did (approximately 20) are now amongst the most famous and highly-sought after Land Rovers in the world.

Many replicas have been made, but when an authentic Pinkie comes up for public sale word of it spreads like wildfire across the Land Rover world, and the classic car world to a degree.

The Land Rover you see here is an original 1968 Series 2A Pink Panther, it’s been part of the collection at PA Blanchard & Co since 1986 and it’s now for sale for the first time in over 30 years.

The vehicle comes with a copy parts book and handbook along with a complete equipment schedule and illustrated spare parts for the body. Much of the original equipment remains with the vehicle and perhaps most importantly it’s wearing its correct original paint color.

The asking price is £64,995 and if you’d like to read more or register to bid you can click here to visit the listing. 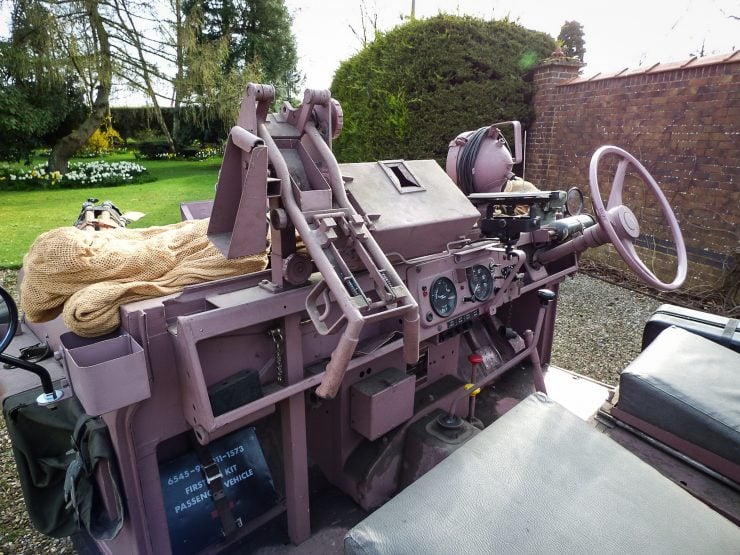 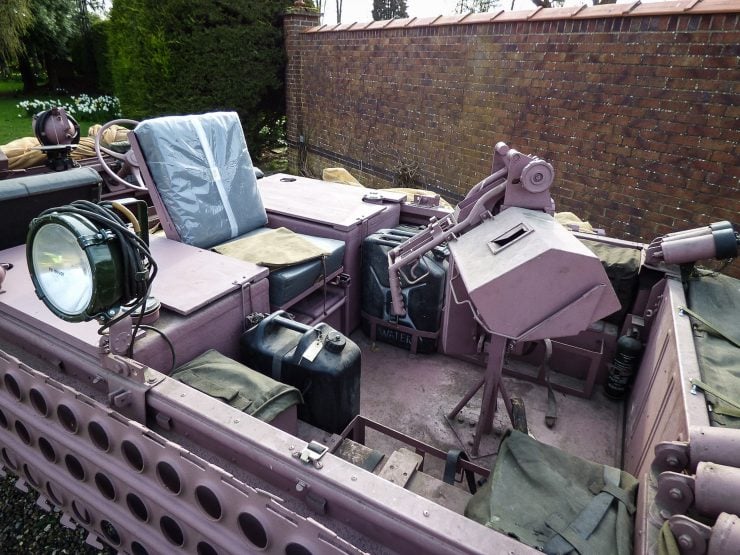 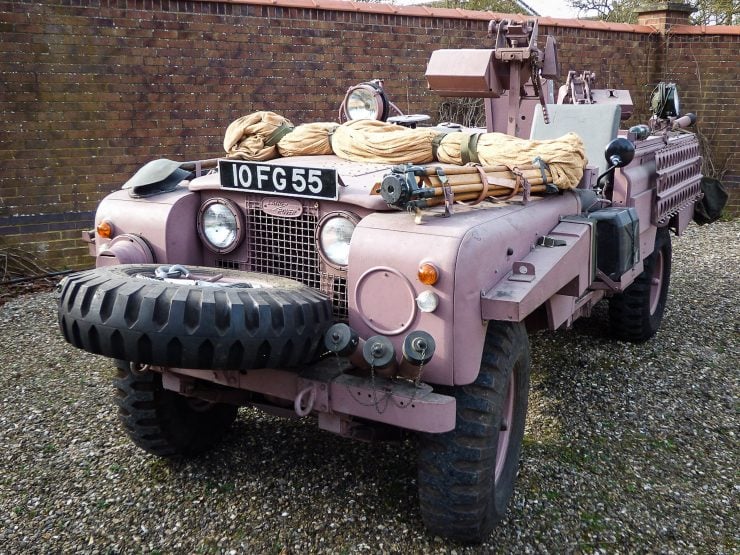 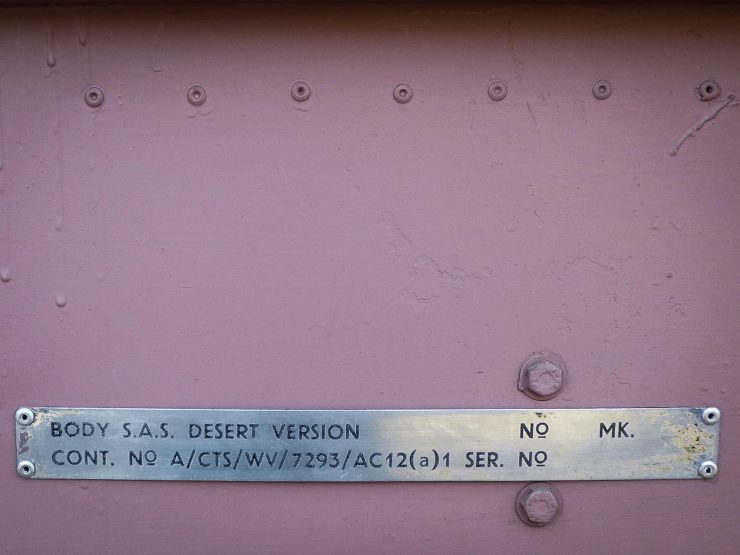 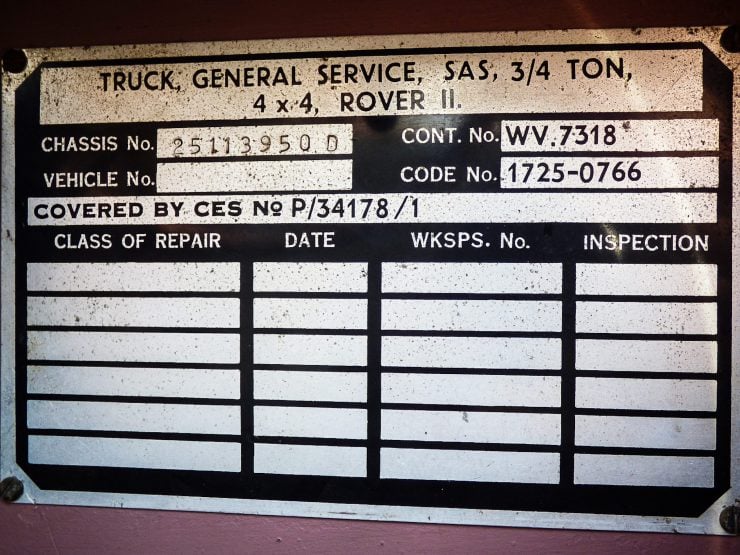 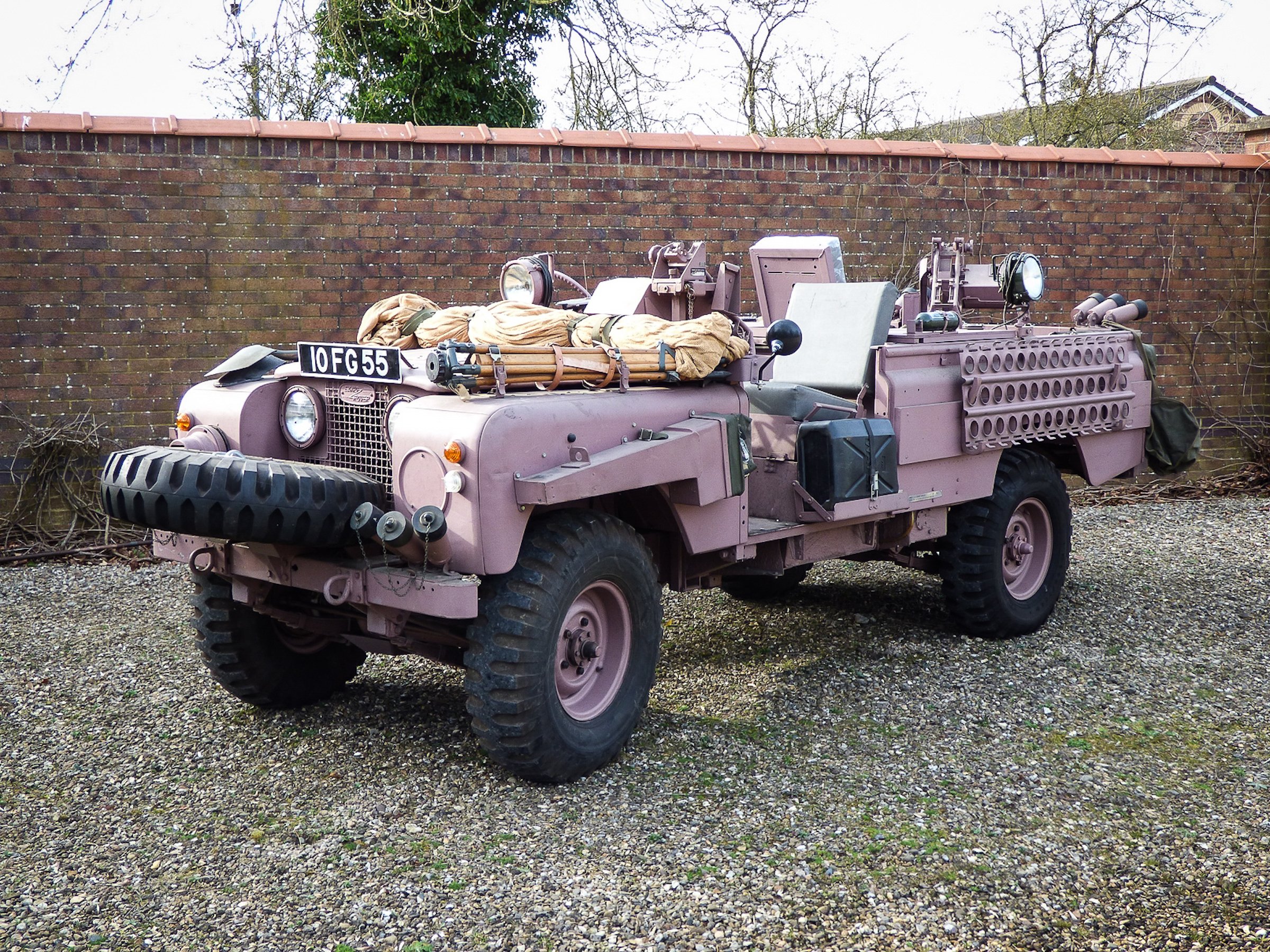