This is the Saito FG-73R5 five-cylinder radial engine, it’s a brand new air-cooled unit built in Japan that includes a centrally located carburettor, the engine can work in any orientation, and it has an 2S Li-Po-compatible electronic ignition.

Saito is a Japanese company that’s been building some of the best engines for models and remote controlled vehicles since the late 1950s. Their current product line includes both steam and internal combustion engines, with the latter varying from single and horizontally opposed twins right they way up to three and five-cylinder radial engines.

With a capacity of 73cc the FG-73R5 is well suited to larger-scale remote controlled warbirds, some of the very largest multi-engine models will have two or four engines in total. The FG-73R5 five-cylinder radial was designed to be both reliable and easy to start, it runs on gasoline mixed with Red Line or Power Model synthetic oil at a mix ratio of 16:1 – 20:1. 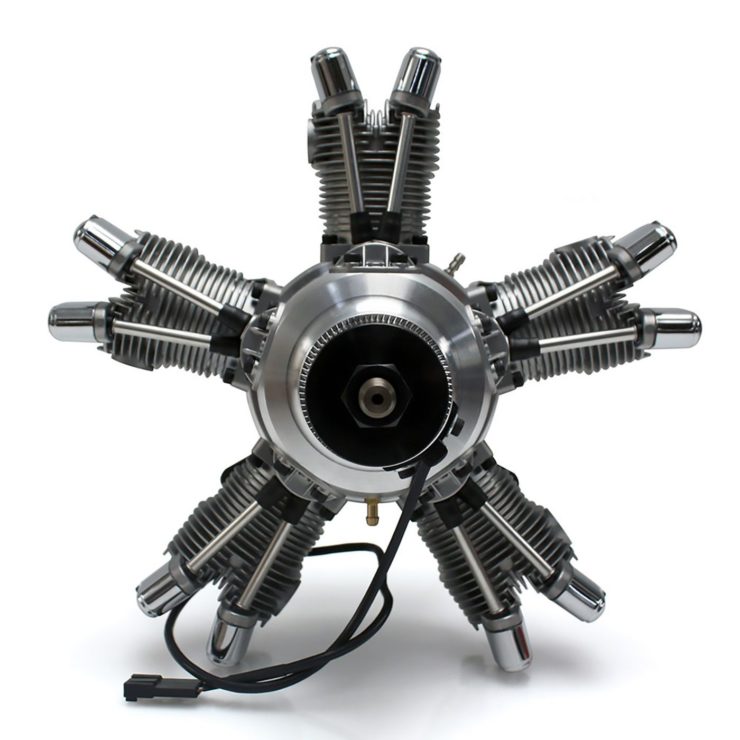 Radial engines have an unmistakable sound, often recognisable before the aircraft itself even comes into view. They were used extensively in the early to mid-20th century, typically in aircraft but they were also fitted to tanks and some other ground vehicles.

Almost all examples of the Saito FG-73R5 are fitted to model aircraft, however with a capacity of 73cc it could theoretically be fitted to a small scooter or go kart. It would take some serious fabrication and engineering. There have been examples of radial engines being used in motorcycles in the past, although it has to be said its far from the most practical engine design for a two-wheeled vehicle.

Each Saito FG-73R5 costs $1,999 USD, they come fully assembled and ready for use. To see a list of large-scale model aircraft (some of which use radials) you can click here, but be warned, this can be a very expensive rabbit hole to go down. 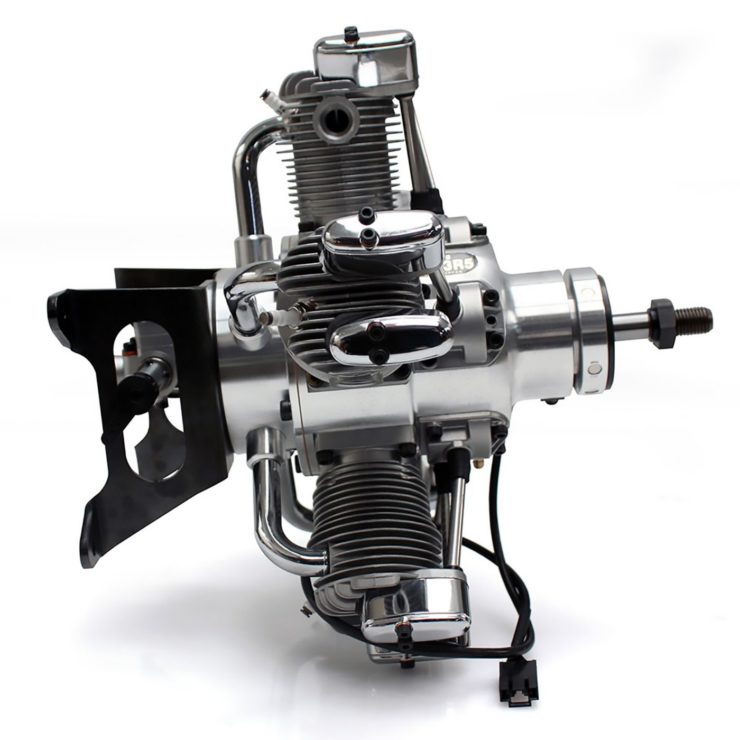 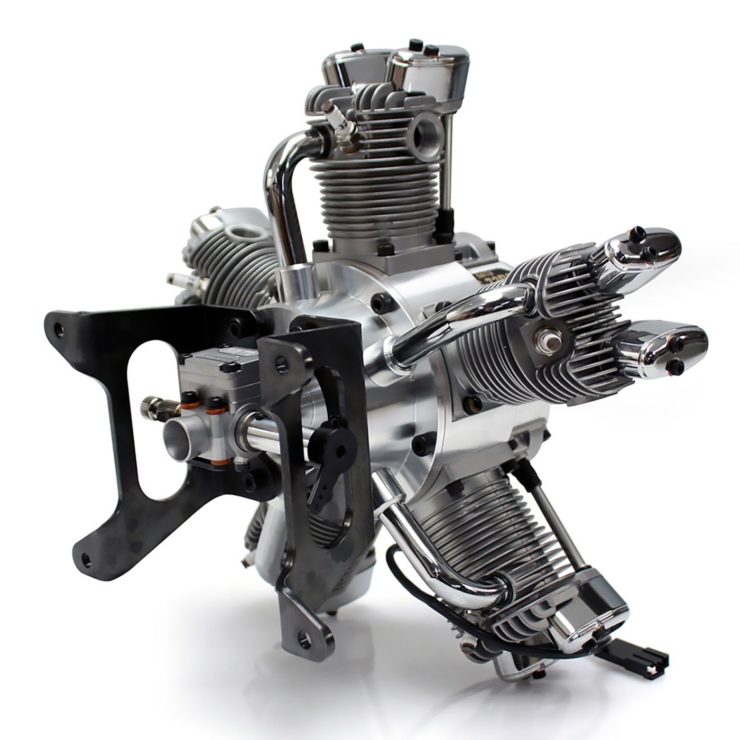 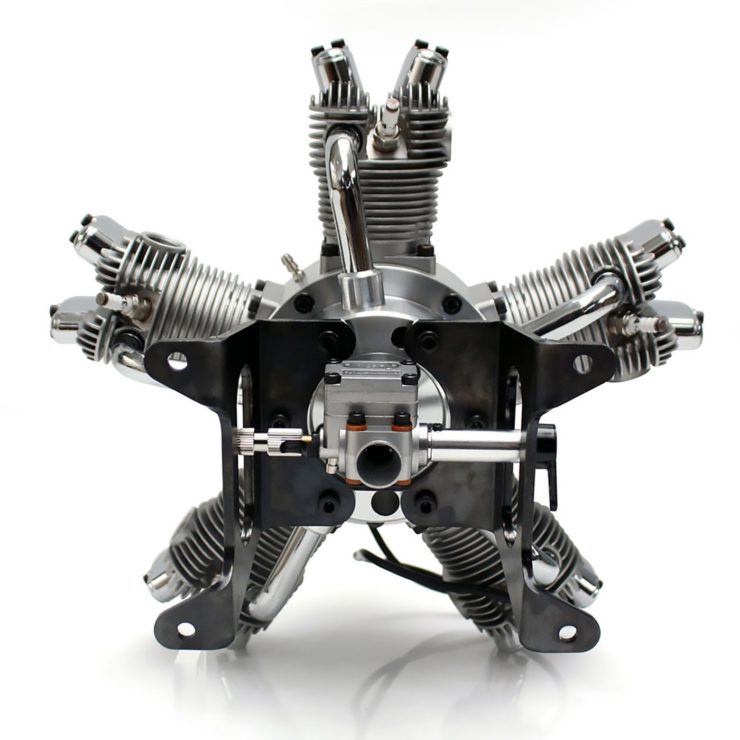 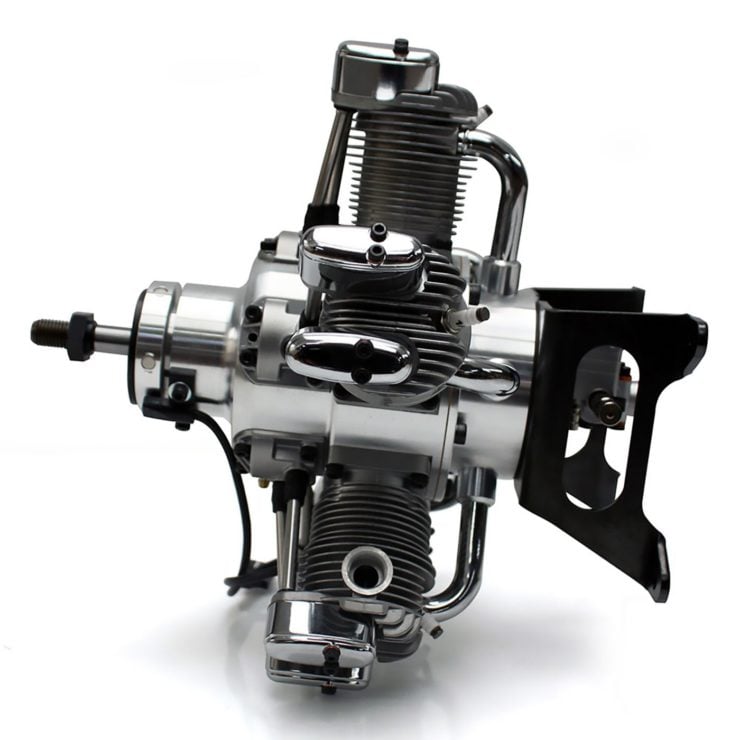 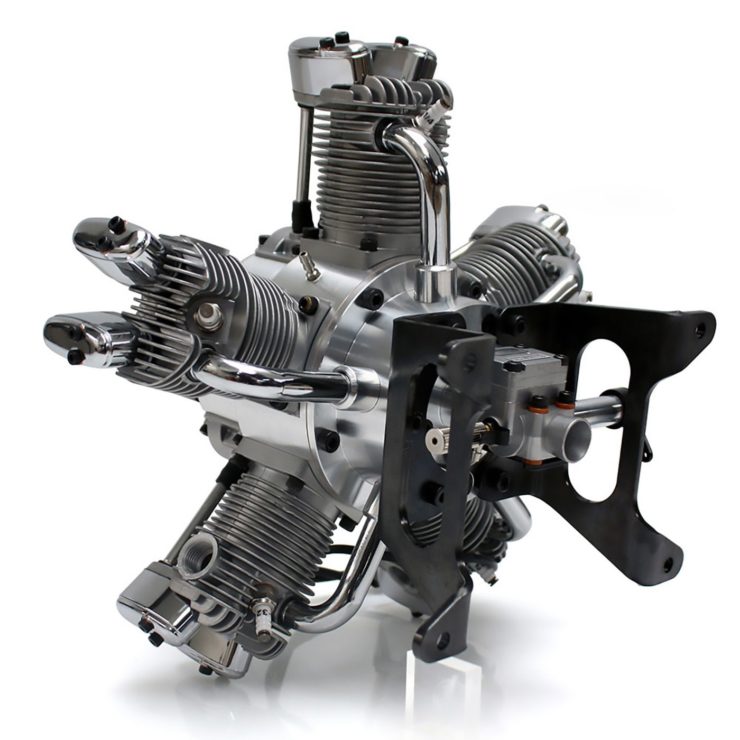