This is the new Safari Jacket from Fuel Motorcycles, it’s designed to evoke the styling of jackets worn by explorers in the 19th and early 20th centuries but it’s made using modern materials to meet modern safety standards for motorcyclists.

The primary outer shell of the jacket looks like heavyweight canvas but it’s actually a triple-blend of materials made up of cotton, elastan, and a highly-abrasion resistant Polyamid. It’s comfortable to wear against the skin but it has excellent abrasion and penetration resistance for protection on the road.

On the front of the jacket you’ll find four pockets, two larger pockets at the waist and two smaller pockets on the chest. Each set of pockets is separated by a waist belt around the middle that helps keep the jacket firmly fitted when riding. 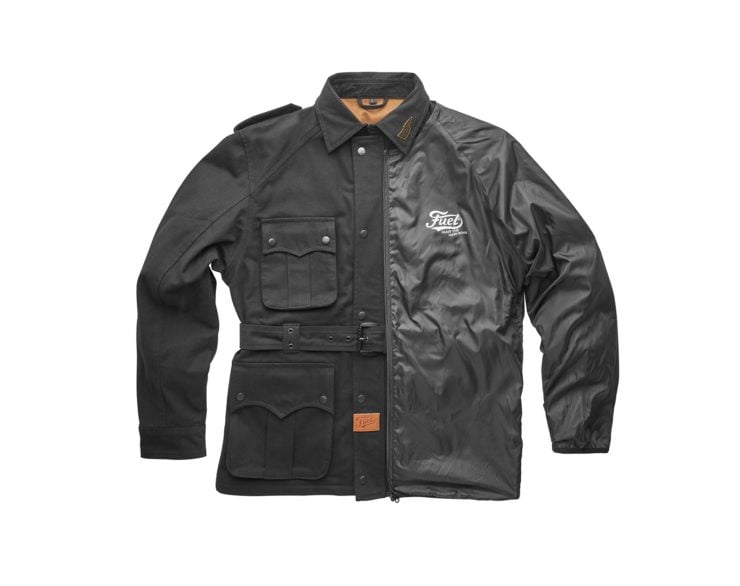 Each Safari Jacket comes with a lightweight rain jacket that can be stored in the main jacket’s large lower back pocket when not in use.

The main YKK zipper down the front is protected by a studded flap to stop wind incursion when on the highway. On the back of the jacket you’ll find two large pockets below the waist belt, the larger pocket can be used for carrying maps or other bulky items, and Fuel includes a lightweight waterproof jacket in this pocket with every Safari Jacket that ships out.

For additional safety each jacket also comes with a full assortment of Smoothways CE level 2 back, elbow, and shoulder armor. Fuel submitted the Safari Jacket for testing and it’s now been awarded the European CE EN17092-3:2020 Class AAA and UK UKCA certifications for motorcycle use.

Two colorways are being offered: Black or Sand. Sizing ranges from S up to 3XL and there’s a sizing chart on the store page to ensure you get the right fit first time. The jacket’s MSRP is €525 which works out to approximately $586 USD. 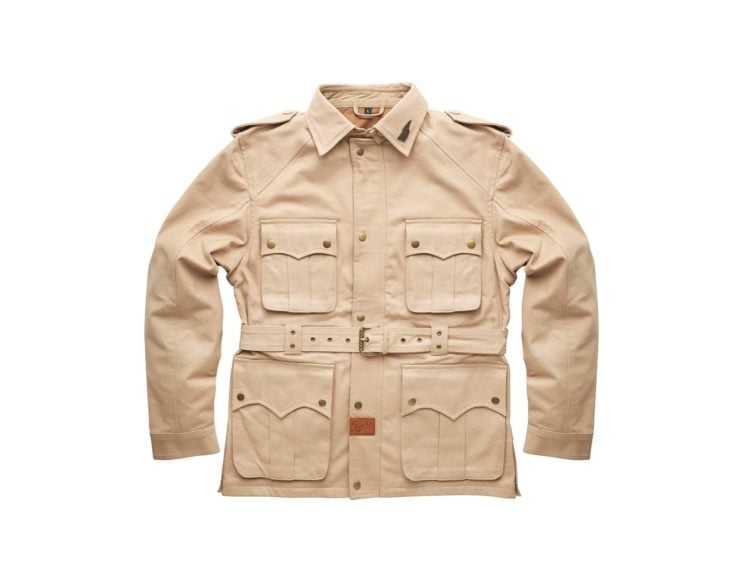 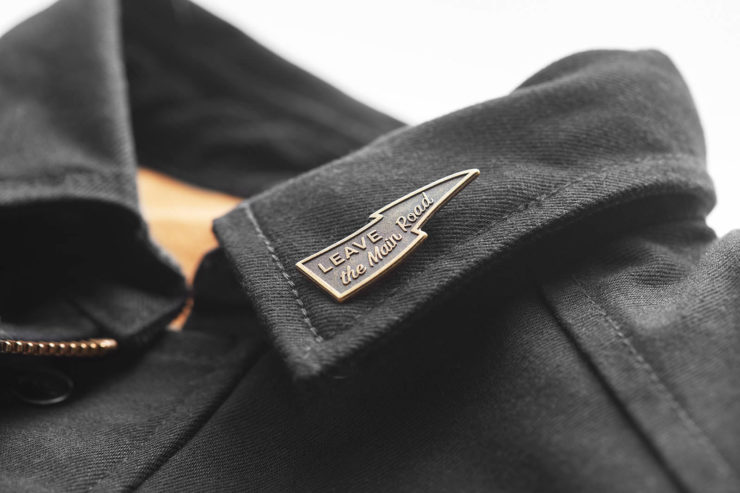 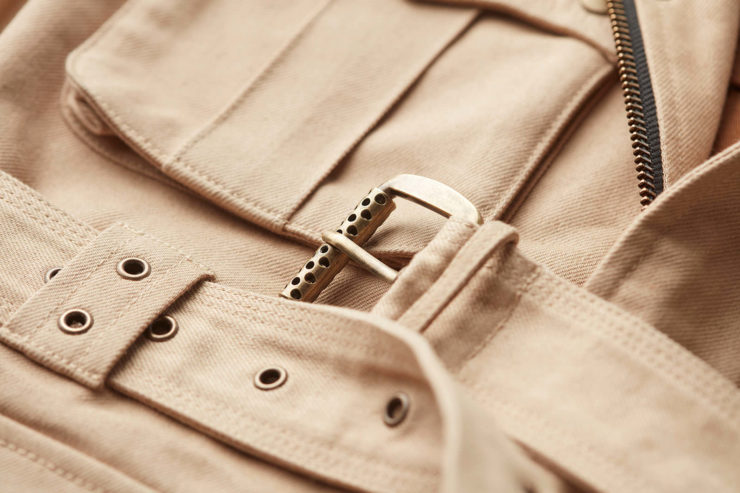 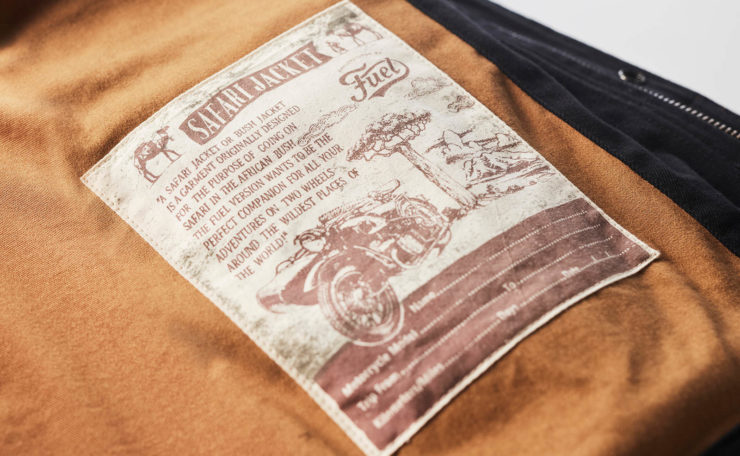 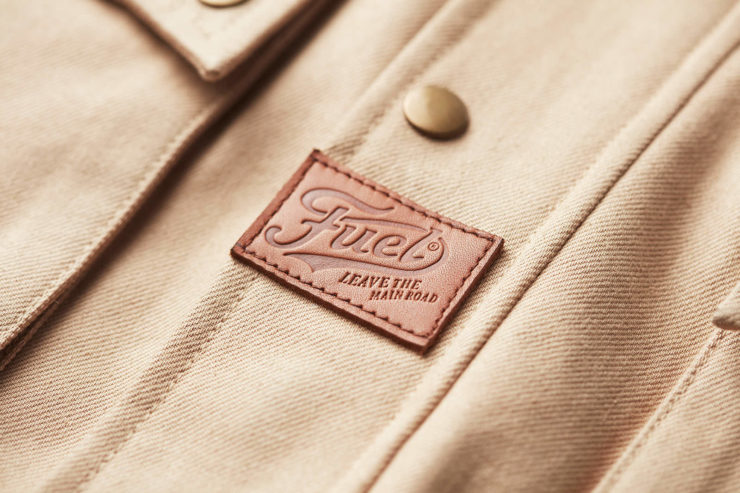 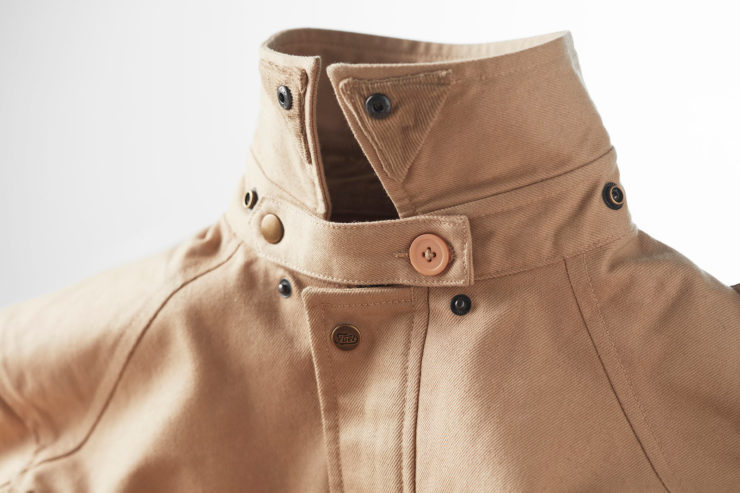 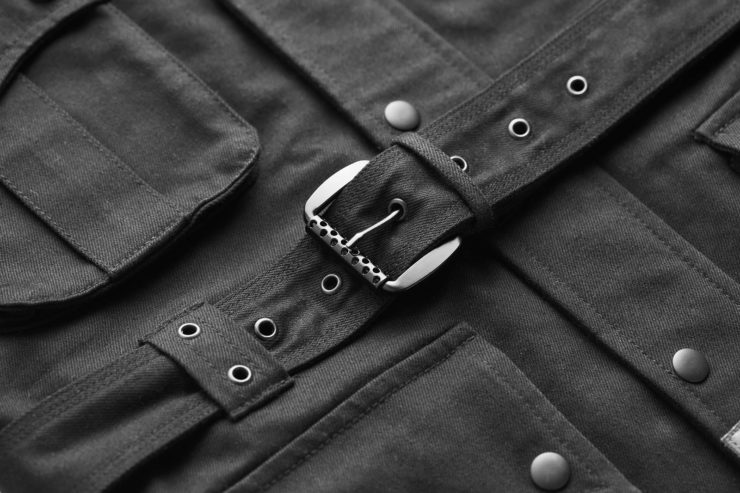 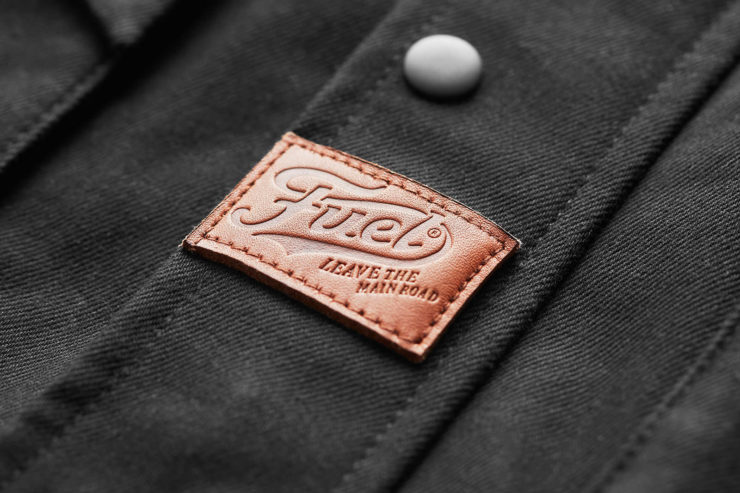 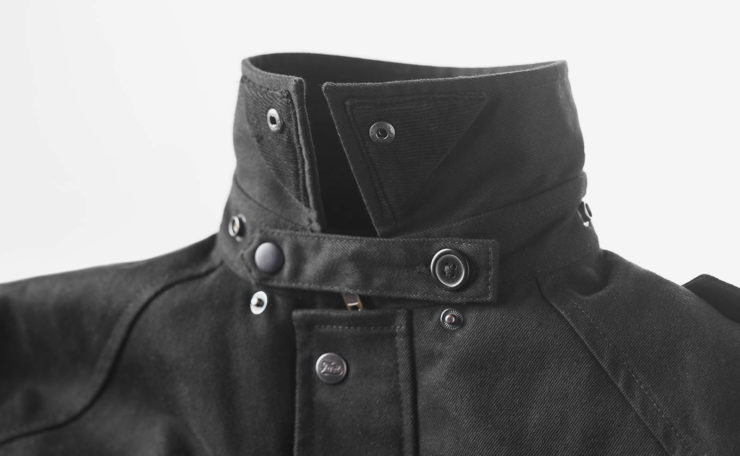