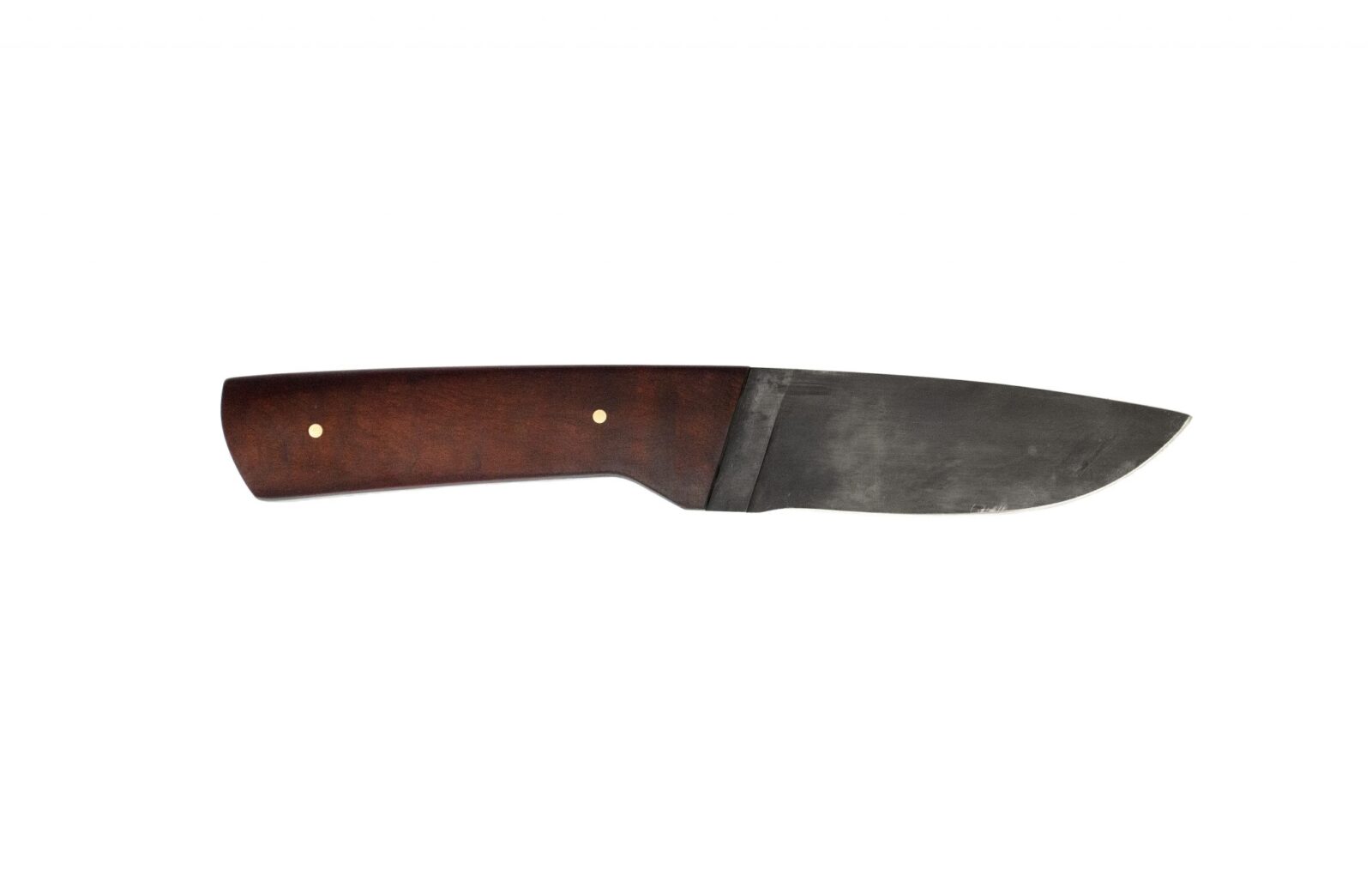 The Camp Knife by Royal North Company has been designed in Canada to be an ideal camping, hunting, or utility knife – specifically developed to suit the climate of the Canadian wilderness.

The blade is 4″ and is made from high carbon 01 steel, the overall length is 9″, the handle can be made from either a light curly maple or dark roasted curly maple and each knife ships with a handmade 8oz leather sheath. 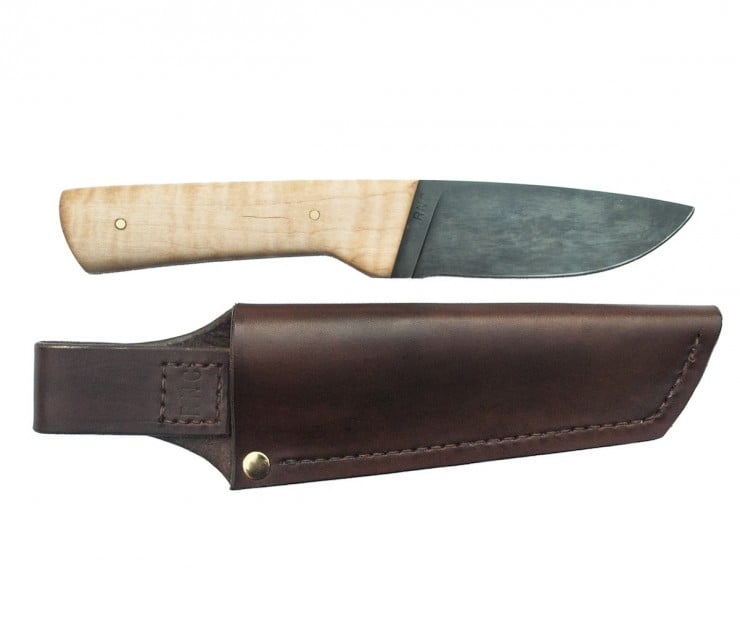 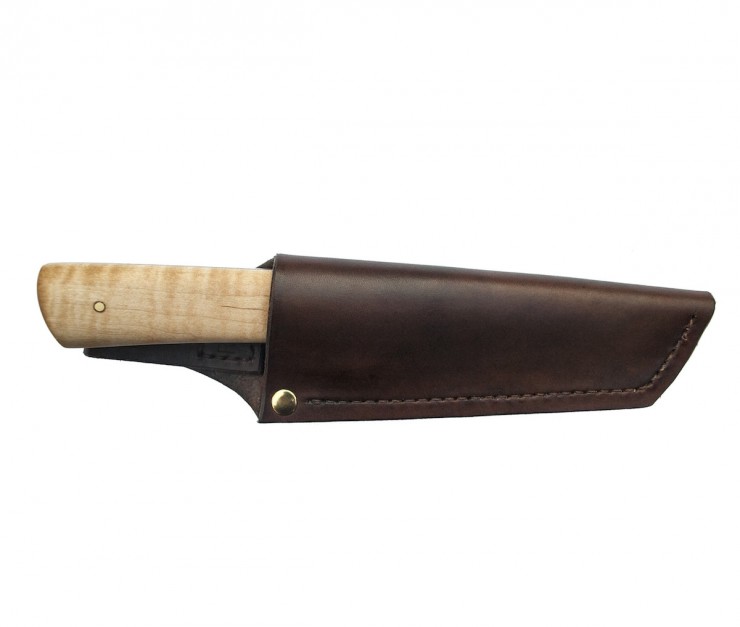