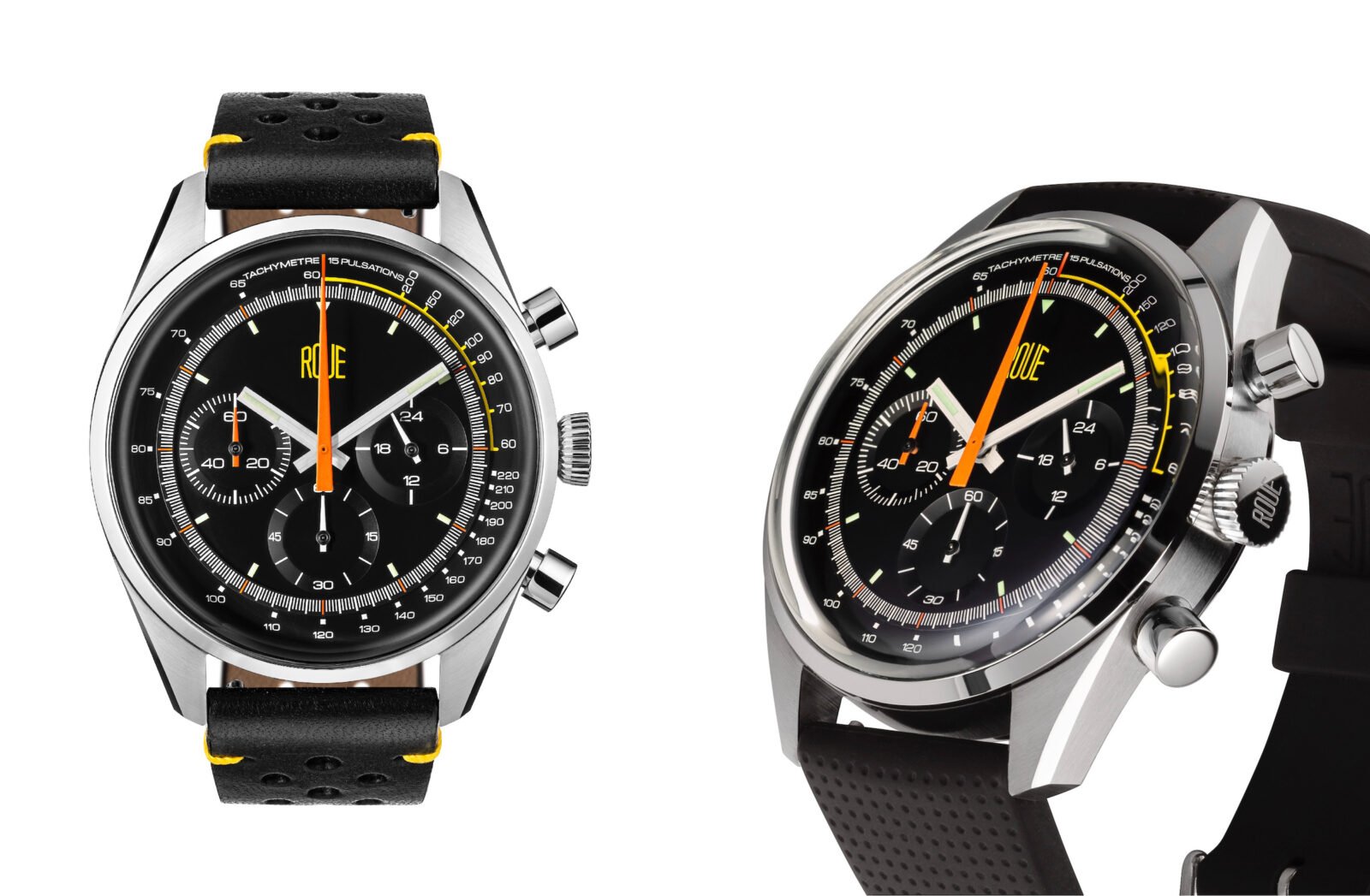 The new Roue TPS chronograph was developed specifically to offer all the benefits of a modern wristwatch, with the styling cues of traditional racing chronographs from the ’60s and ’70s.

The key to the runaway success of Roue has been their ability to offer watches like the TPS, that look like they should cost thousands of dollars, but then sell them for just $290 USD.

The Roue TPS has a case of 316L stainless steel enclosing a Japanese Seiko caliber VK63 hybrid meca-quartz movement, powering the primary watch functions plus three sub-dials. The watch has large chronograph pushers to make it easier to use when wearing racing gloves, it measures in at 40mm in diameter with a thickness of 13.4mm, and a 48mm width when measured lug to lug.

The TPS has a double dome K1 mineral glass with anti-reflective treatment inside and a sapphire coating outside to ensure unparalleled clarify and visibility in all conditions.

Roue is offering the TPS in three model configurations, the TPS One, the TPS Two, and the TPS Three. Each comes with its own unique colorway and two interchangeable straps.

The name TPS was chosen to reflect the watches twin tachymeter and pulsometer functions, and the case back features a Porsche 910, winner of the Nürburgring 1000 kilometre race in 1967 and the design inspiration for this watch.

Roue have limited the TPS chronograph to just 1,000 units which are each individually numbered, if their previous models are anything to go by you can expect these to sell very quickly. 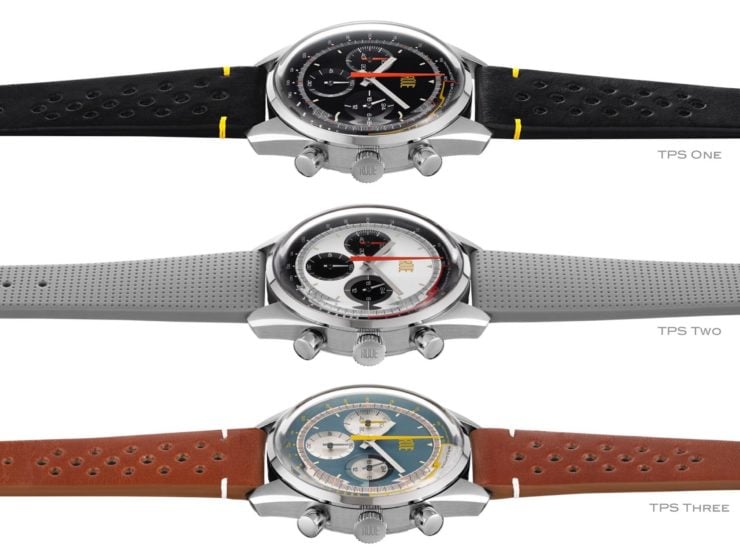 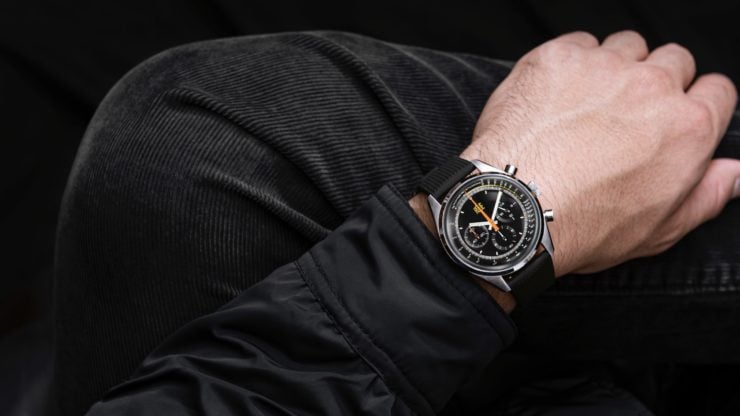 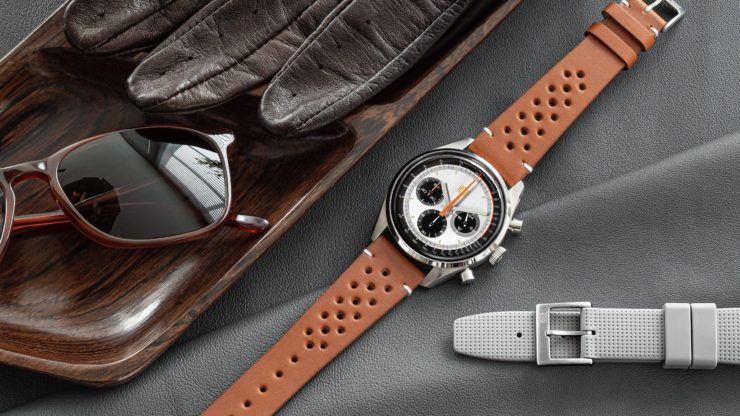 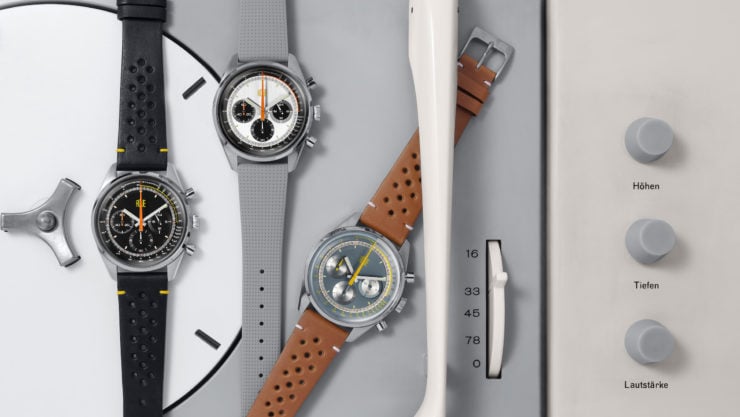 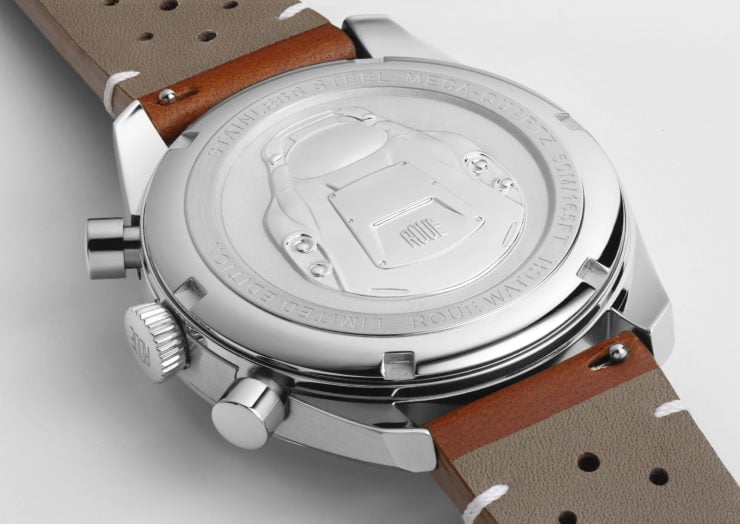 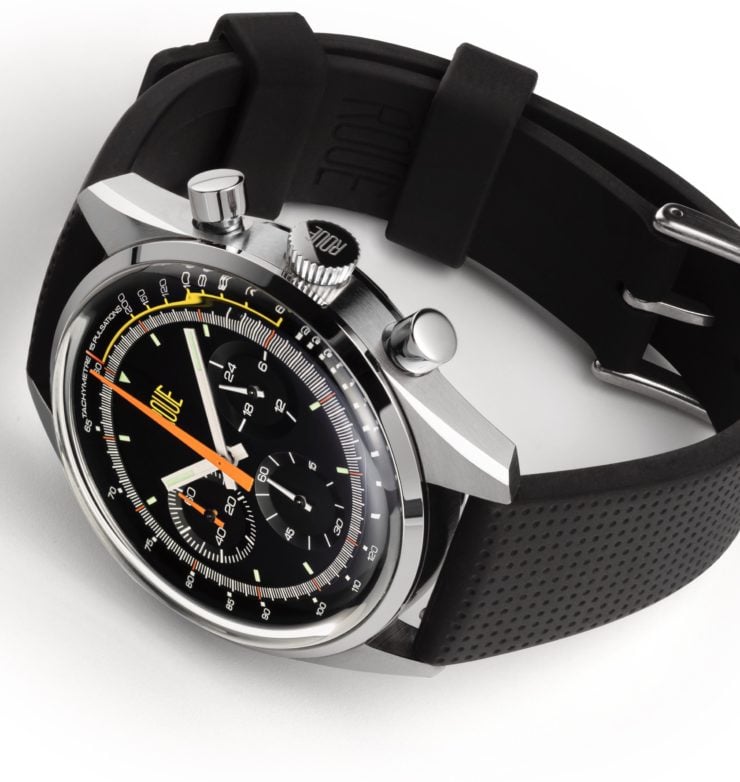 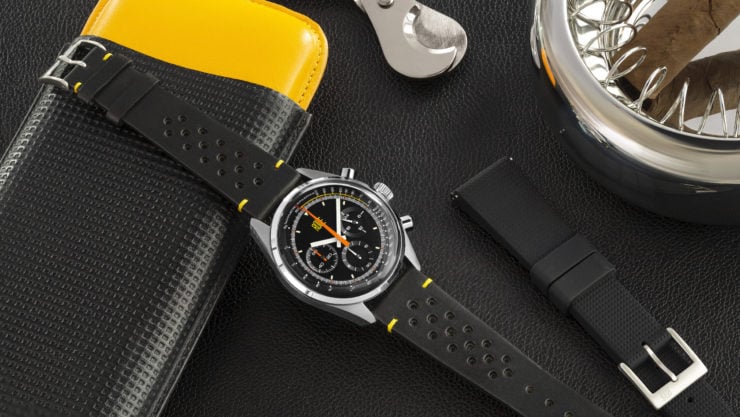 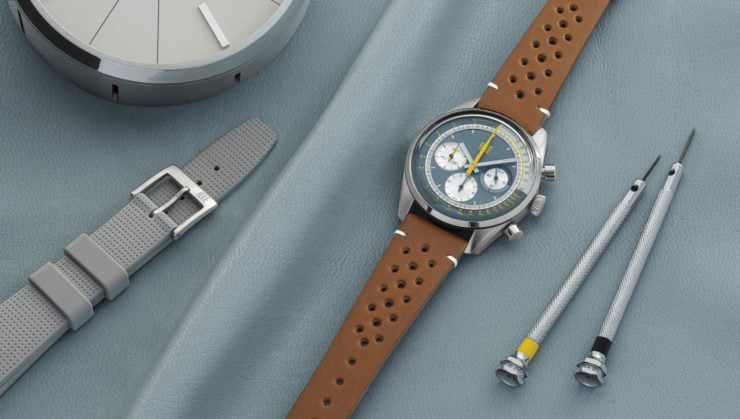 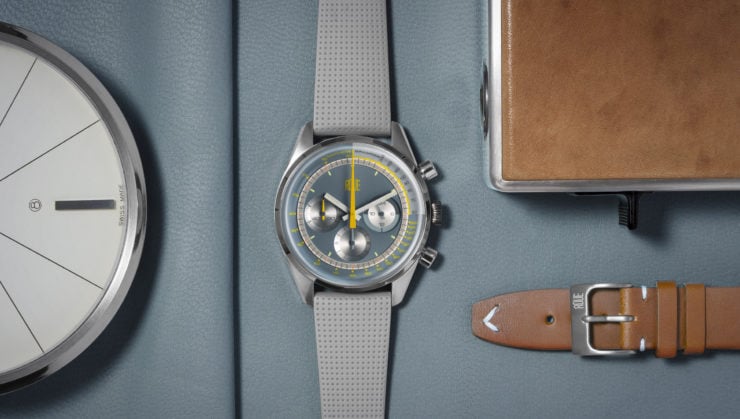 My mother is a nurse who specializes in working with elderly and disabled people. As recently as this week her employer has been unable to provide her and her colleagues with adequate PPE (Personal Protective…