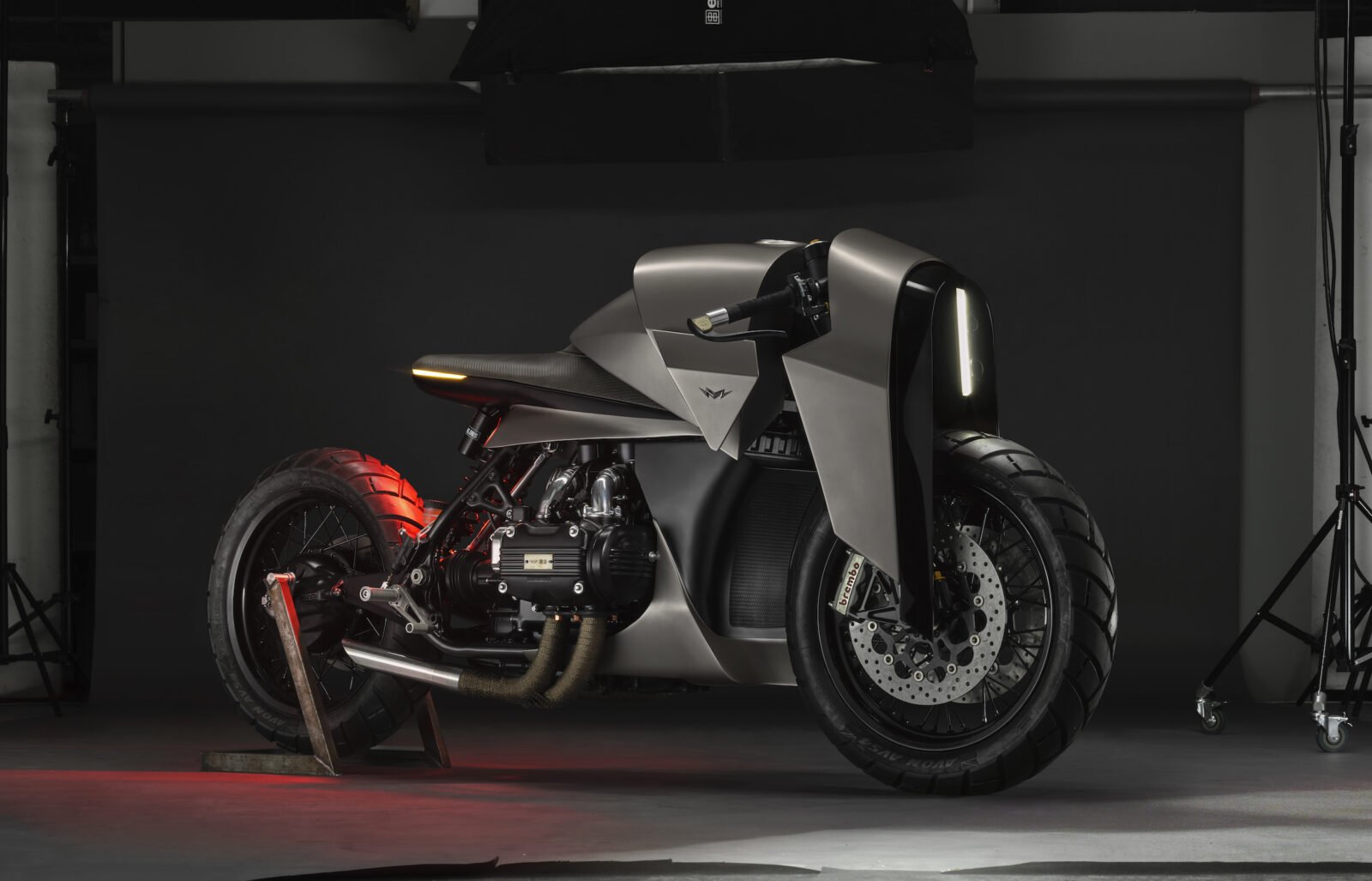 This article was written by Death Machines of London founder James Hilton, the man who built the bike you see here before you. When possible we like to bring the story of a vehicle to you in the words of the person or people who built it, to give you direct insight into their thought process.

Inspired by a samurai general’s armor and named after a pioneering Japanese Isle of Man TT racer, Kenzo, a reimagined 1977 Honda Gold Wing, is the result of traditional craft combined with state-of-the-art manufacturing techniques, and plenty of headaches. And cuts. And burns. And serious reconsiderations of life choices.

In 1570, Honda Tadakatsu made a name for himself as one of Japan’s most revered samurai generals, winning against an enemy who outnumbered him 50 to 1 without so much as a punch being thrown, simply because they thought he was either insane, deadly, or both.

In 1930, Kenzo Tada spent forty days travelling to Europe by rail and sea to take part in the Isle of Man TT. He was the events first Japanese racer.

Then, in 1977, the Honda Motor Company popped out another Gold Wing GL1000 from its production line, which eventually found its way to us in 2018. So… Samurai. Kenzo. Gold Wing. 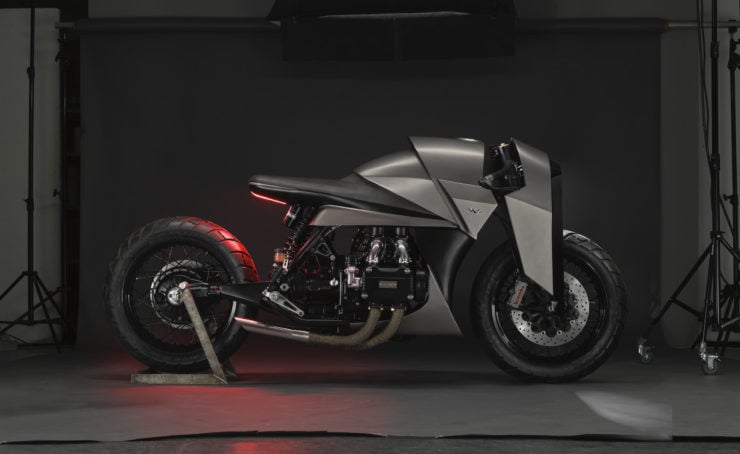 Honda Tadakatsu, the samurai general, probably isn’t related to the Honda Motor Company family. And Kenzo Tada definitely didn’t ride a Honda in the 1930 TT. What’s important here is to not let the details get in the way of a good story.

It’s one thing to have an idea, quite something else to execute it so it actually works. Initially built in too-short a timeframe for the Bike Shed Show in 2018, the machine, while interesting, was unfortunately rather useless – and as William Morris (and later Tony Wilson) said, “Nothing useless can be truly beautiful”. Because of that, it came back to the DMOL (Death Machines Of London) workshop to be rebuilt from the ground up. So, in summary: we killed a machine. We made a machine. We killed that. And then made another. We are nothing if not true to our name.

The machine was built in CAD, but although all the bucks and templates were made from the same data, trying to successfully combine so many manufacturing processes – the inherent asymmetry of handmade aluminium panelling, the slightly more symmetrical composites, with the high-precision 3D prints and CNC parts – created the most instances of wanting to kick everything across the workshop floor and yell “f**k it.”

The result of all this frustration is Kenzo. Our most radical machine to date, it combines traditional metalwork with composites, 3D printing, CNC, precision-etching, holographic lighting and exquisite leather work. The design of the body was inspired by the overlapping segments found in early samurai armor, and utilises mixed media panels that have been meticulously finished with slow, smooth curves to meet razor-sharp folds, while the insert grill was only made possible with 3D printing. 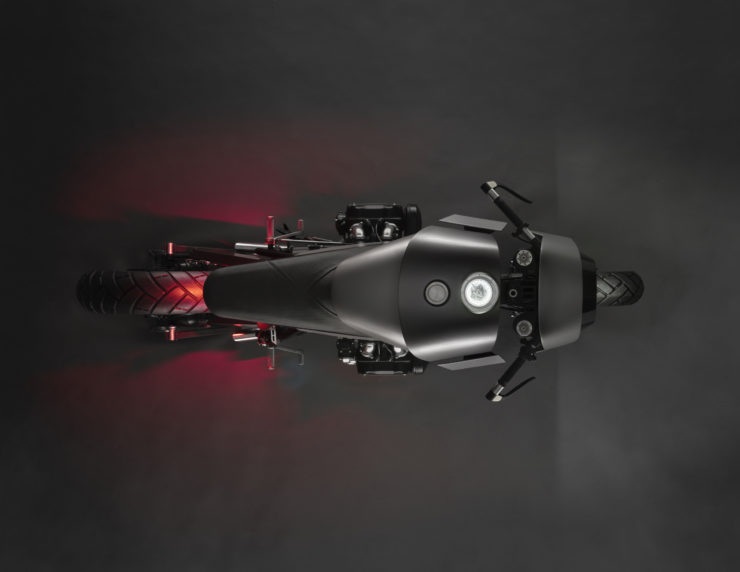 The mirror-polished black ‘blade’ which surrounds the front light cluster and drops down to the base of each fork is a reference to a Katana sword. The body work was then finished in our own custom Titanium Samurai paintwork, with matt black detailing. Additional features include detailed ‘Kenzo’ grill work, an in-house petrol cap, precision-machined aluminium badges and handle bars wrapped in the traditional Tsukamaki sword wrapping technique. The seat unit, CNC’d from high-density foam and concealing a remote proximity sensor, was then wrapped in embossed leather reminiscent of the layered clothing worn under armor.

The front running light, indicators and tail light are all DMOL designed custom parts. Working with Luminit of California, we incorporated the world’s most advanced holographic diffusion film into the units. The light from the LED’s is precisely disbursed at 80 degrees across the surface of the film, removing hot spots and creating a seamless bar of light. Sets of machined internal lenses then hold the film and LED’s at precise distances from each other to ensure a smooth distribution of light.

For instrumentation, Kenzo’s hand-crafted speedometer features a dragon, cast from an 18th Century Japanese jewel box, and handmade pointer of the same finish. The dragon, surrounded by a precision-etched nickel lattice, is encased in a series of custom lenses which not only support the floating number board, but also utilize the same diffusion film technology as the lights. The result is a smooth, radially illuminated dragon ghost – the spirit of the machine.

The frame, finished in satin black, underwent significant modification. At the head, an angular goose neck was designed to extend the machines wheel base by 10cm and decrease the rake by 7 degrees, to not only improve the machines stability at speed, but to provide a more aggressive stance. To the rear, a radical twin-shock cantilever system was created in order to achieve a more visually balanced back-end, allowing the redesigned swingarm to be clearly viewed. The system utilises a pair of updated ACOU 60 Ohlins, with springs made specifically for the build by Hagon. Reworked Ohlins units have been used on the front end and anodised to our specification. 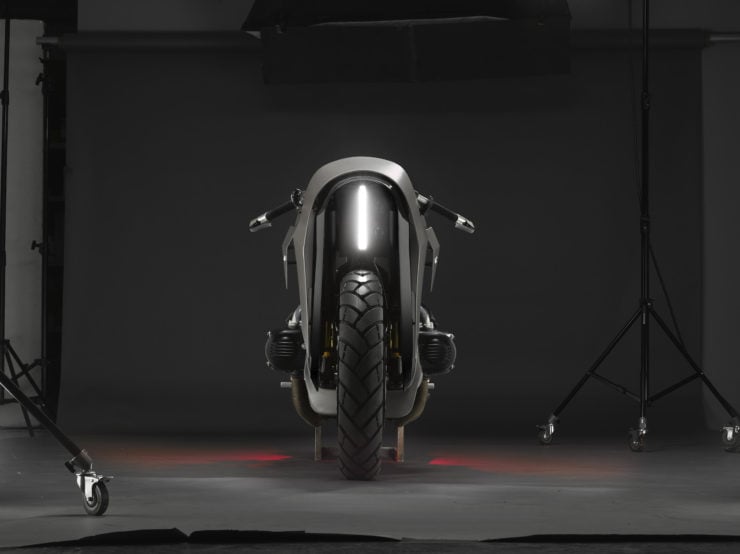 The front brake is cable operated by our latest Type R01 in-house lever. This actuates a BMW master cylinder situated under the fuel cell, finally terminating in a pair of Brembo M4 forged radial callipers to complete the system. Rear brakes are largely stock, except for a Brembo master cylinder and uprated pads. Re-laced to the original hubs, the wheels consist of 18inch rims mated to 120/80/18 front and 150/60/18 rear Avon tires.

It is a testament to Honda’s engineering prowess that very little work needed to be carried out on the 40-year-old engine: a horizontally opposed 1000cc flat four, which was dismantled, inspected and refreshed. The carburettors were tuned to compliment the DMOL Slash Cut mufflers. Painted in satin black, cosmetic detailing features head case plates with ‘Kenzo’ written as 建造.

On the electrics, our in-house designed loom was installed, greatly simplifying the original installation – but to be fair, they didn’t have Motogadget M-Units in 1977. Finally, the machine is brought to life by tapping Kenzo’s proximity key fob on the leather ‘V’ intersection of the seat. This initiates the electrical system, and ignition is achieved through a discreet starter button under the right handle bar. 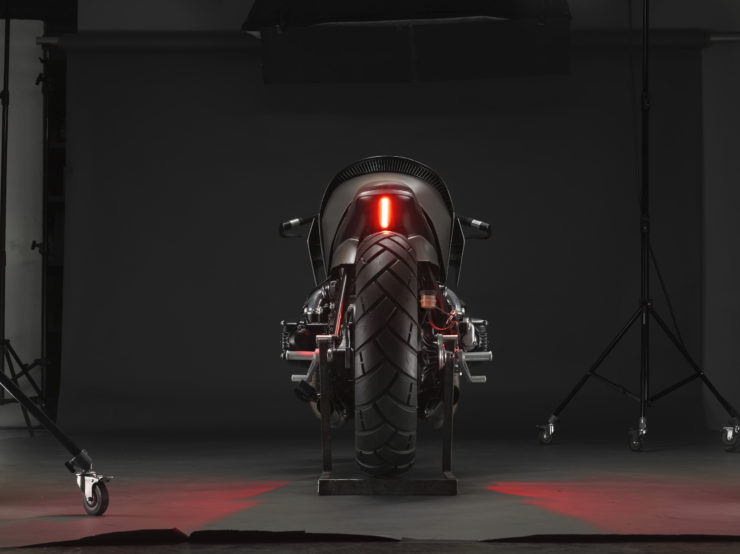 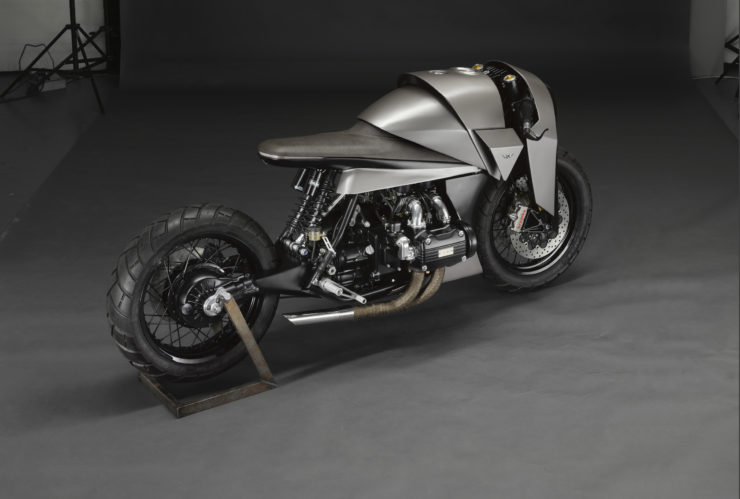 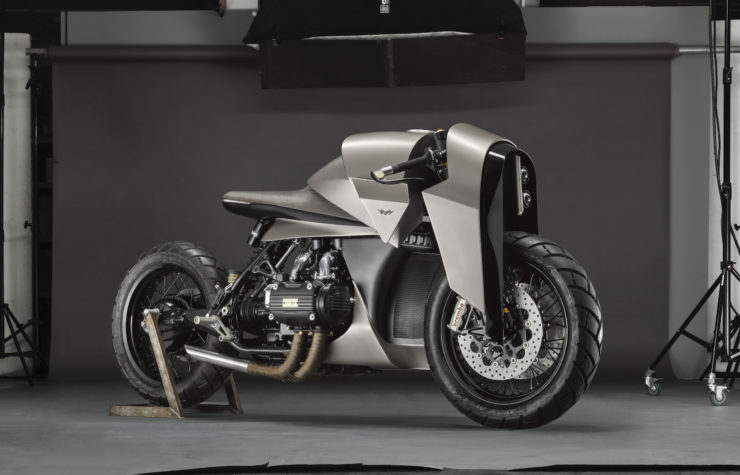 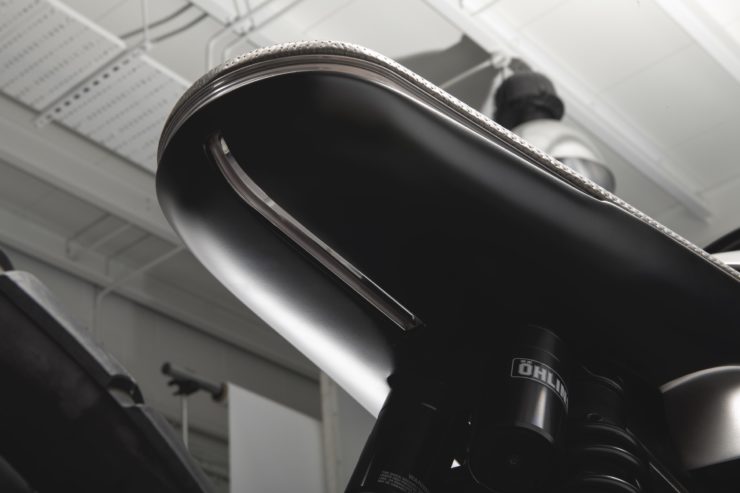 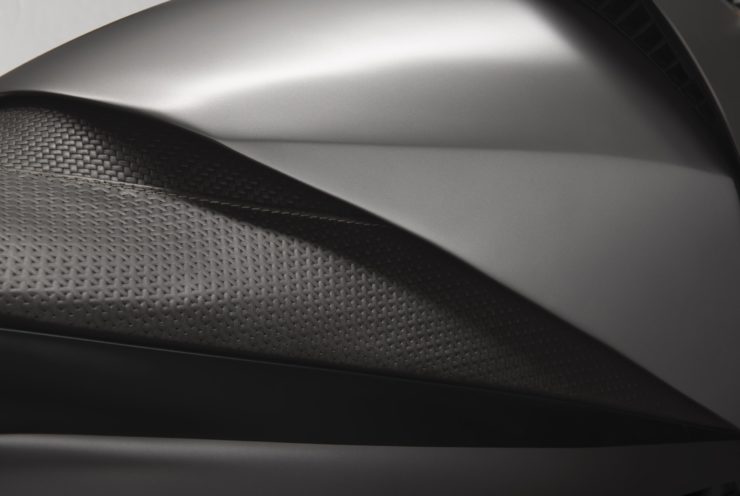 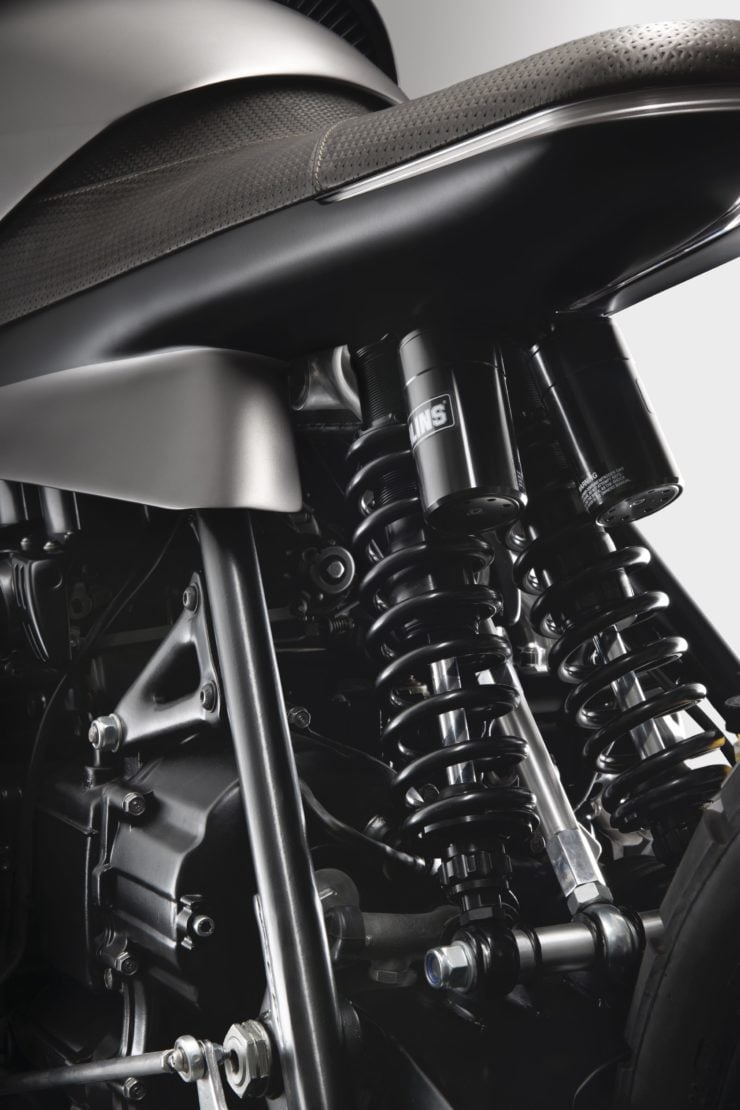 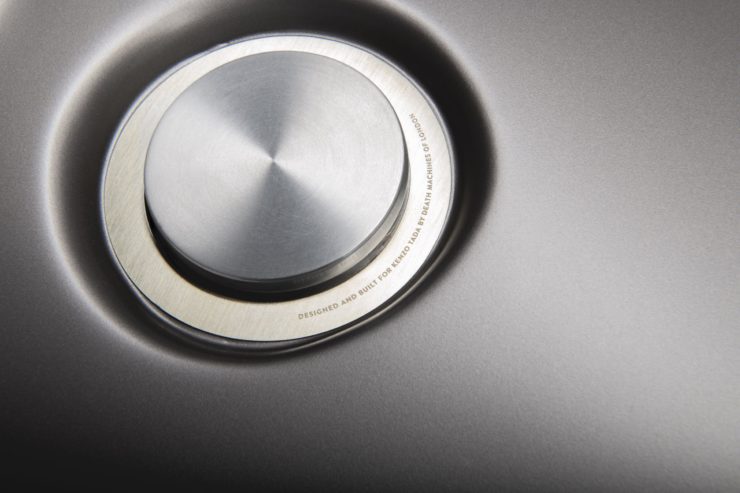 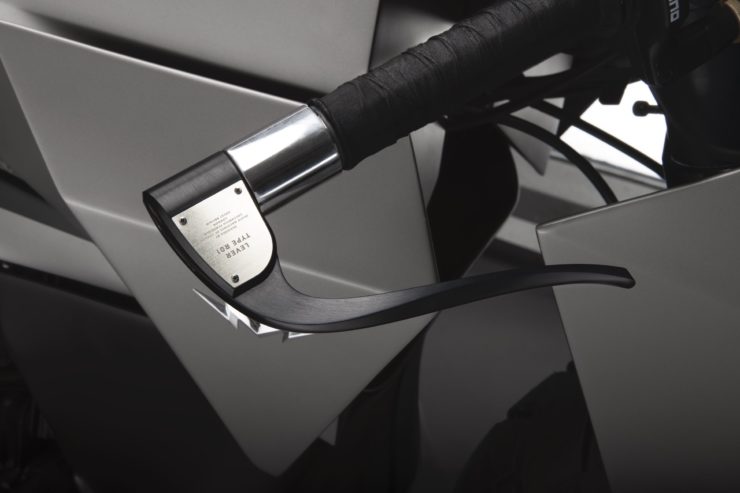 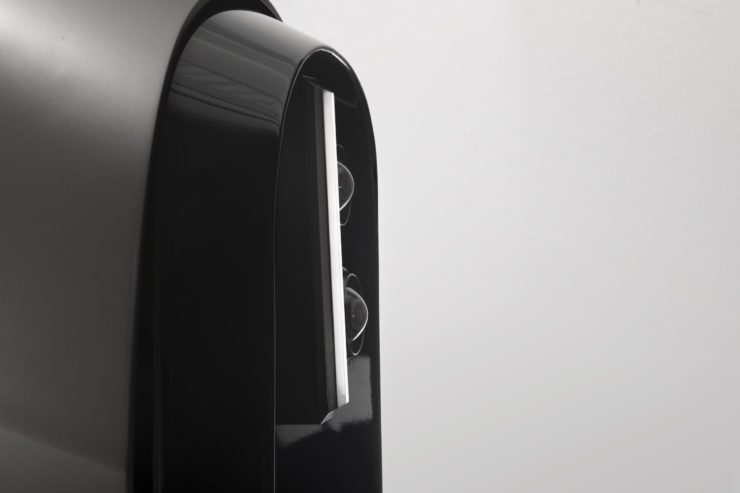 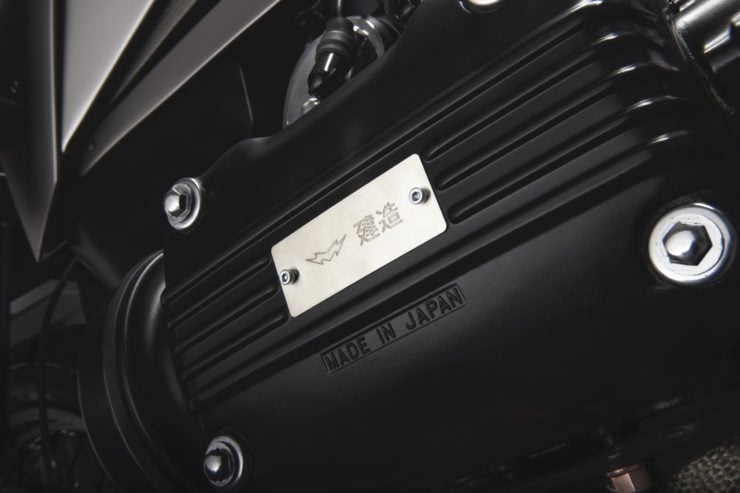 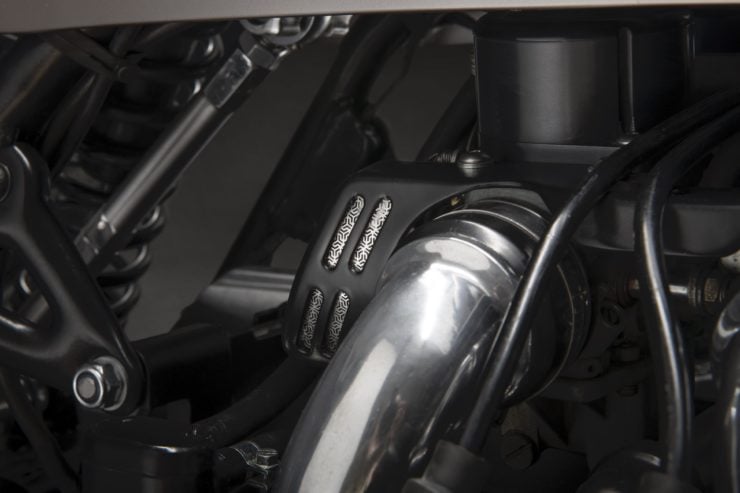 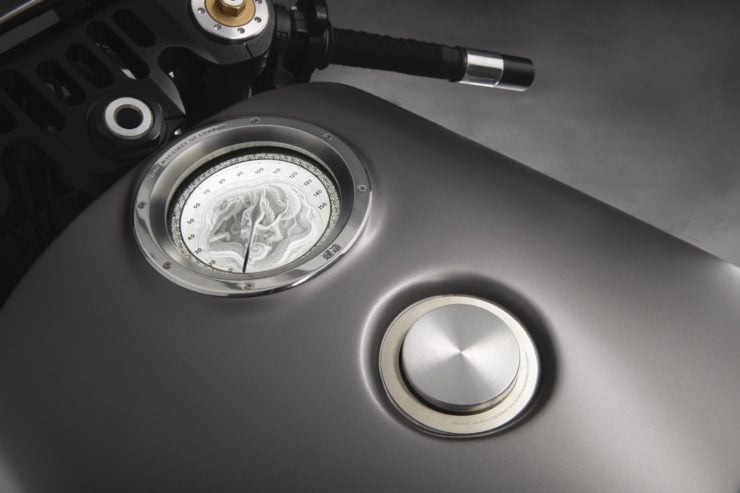 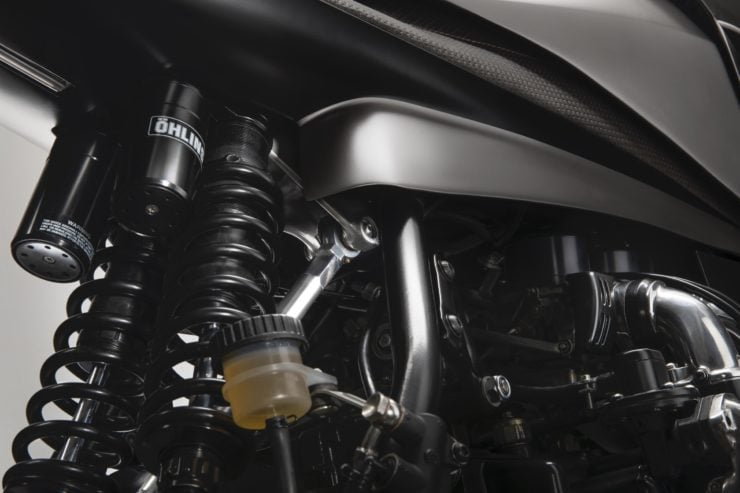 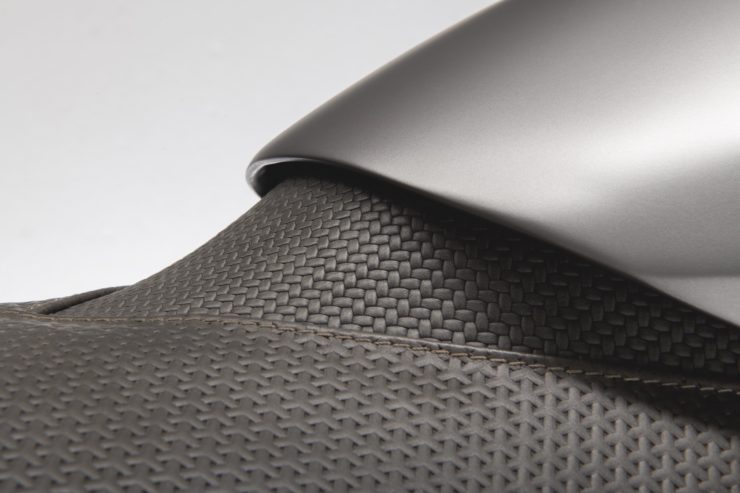 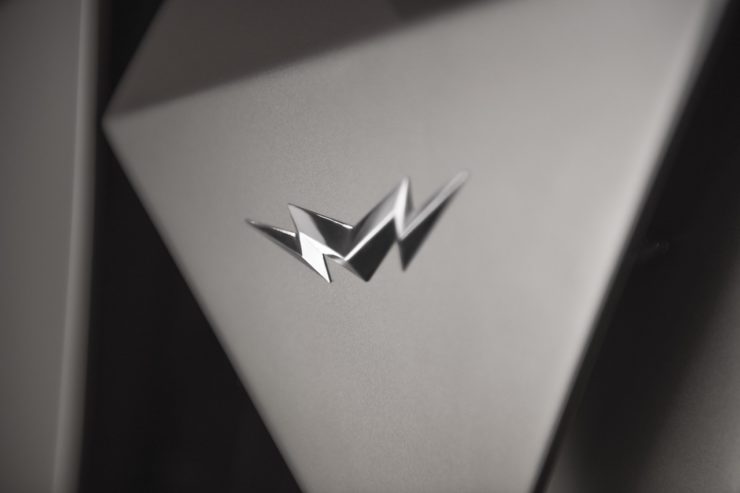 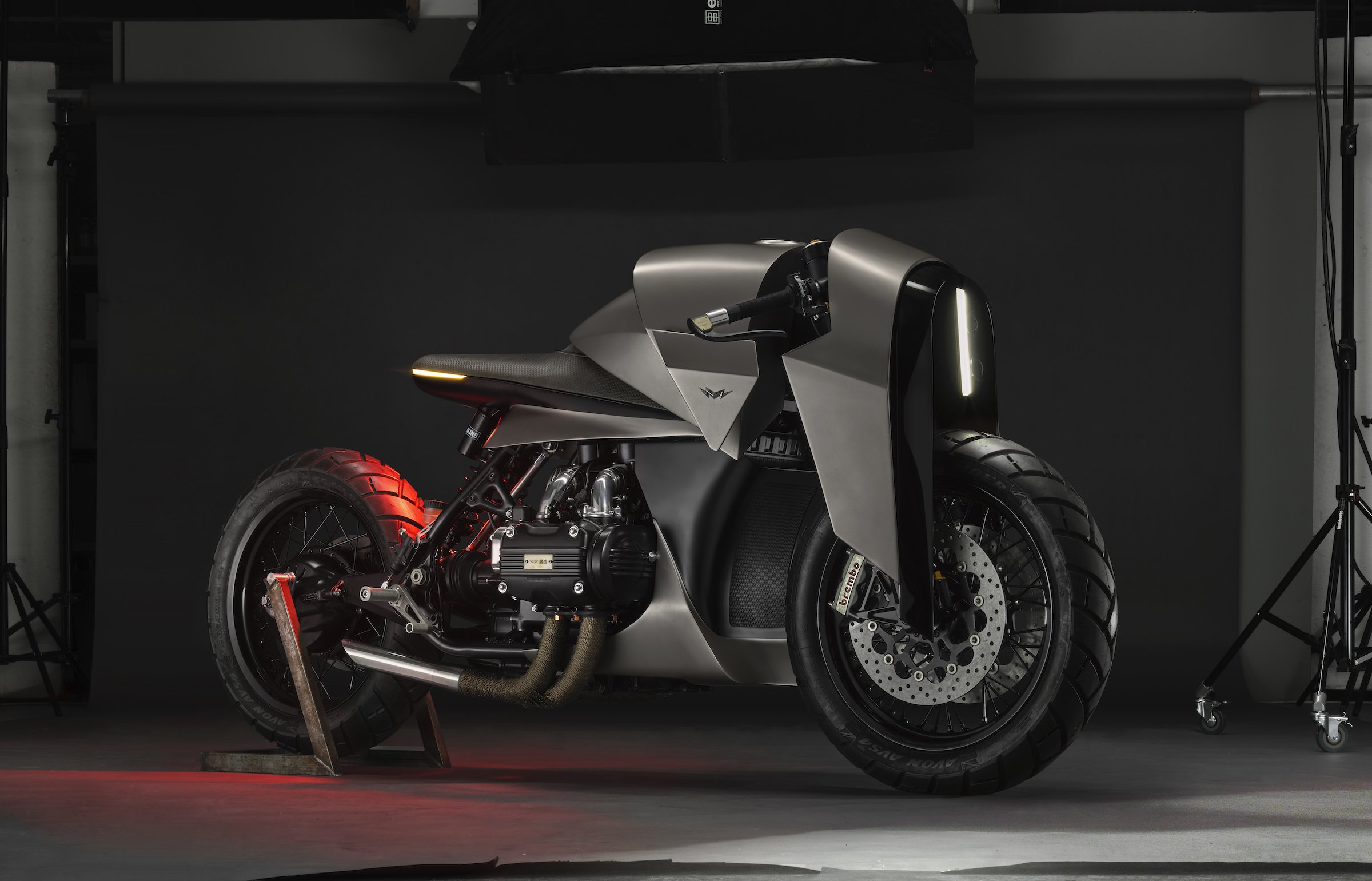