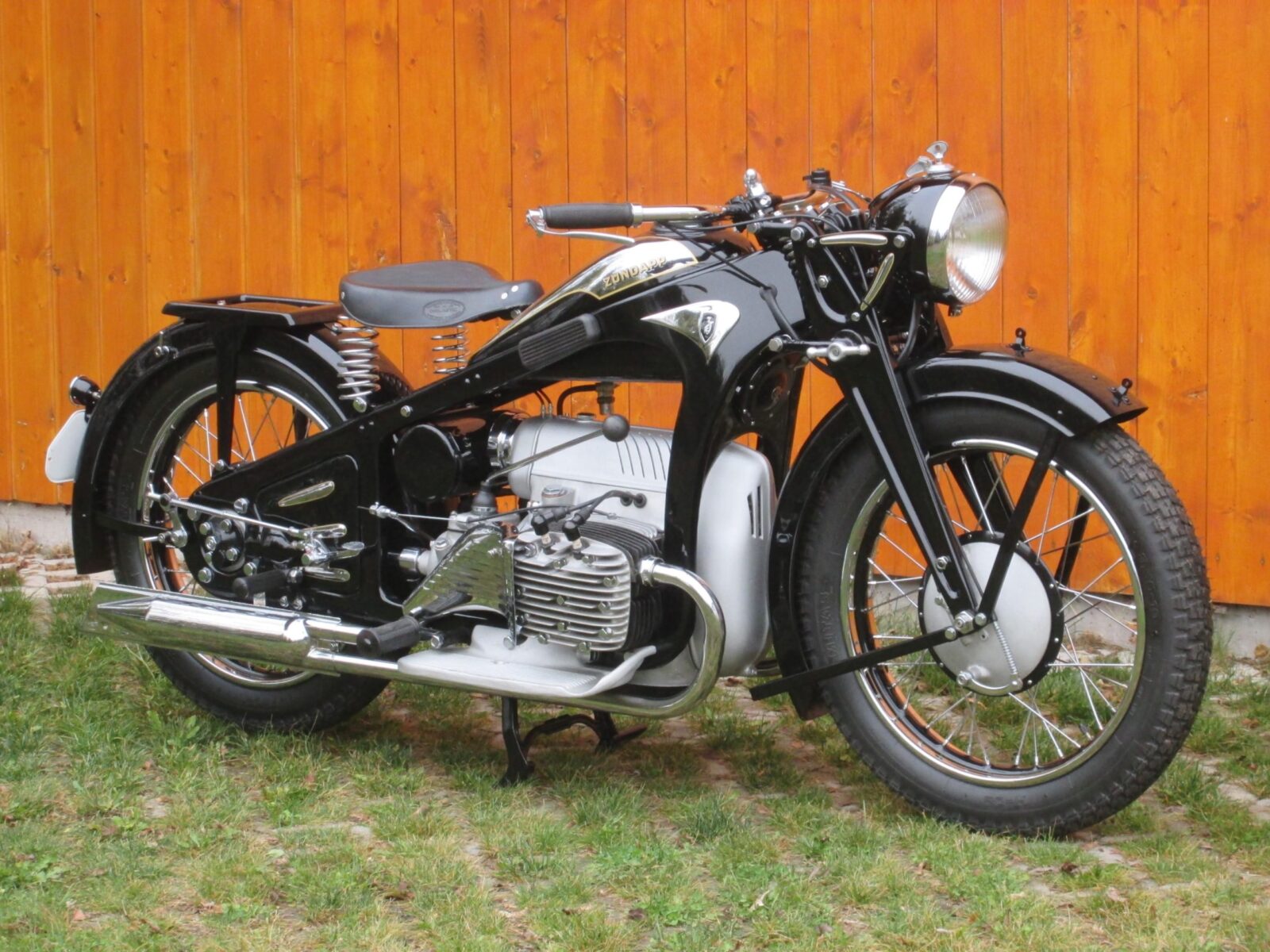 German company Zundapp initially started out in 1917 making detonators during WW1, the name Zündapp is a portmanteau of the German words “Zunder und Apparatebau” which translates to “Igniter and Apparatus”. Post-WW1 the market for detonators shrank considerably and so the company diversified into motorcycle manufacturing, quickly becoming the largest motorcycle builder In Germany and one of the largest in Europe.

The first Zundapp production motorcycle was theZ22 in 1921. It was marketed as the Motorrad für Jedermann, or the “Motorcycle for Everyone”, a two-wheeled precursor to the later Volkswagen Beetle. The Z22 was cheap, reliable, and simple, and this is what Zundapp was known for until they released the K series motorcycle models in the early 1930s. 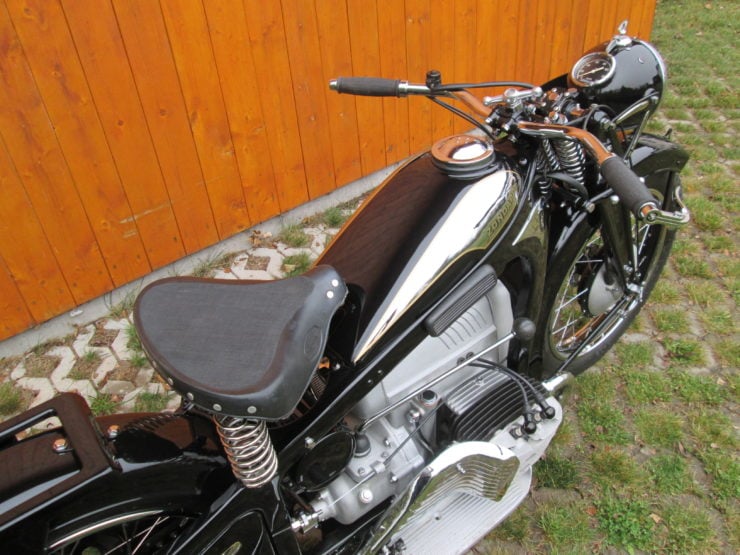 The K series were more complex, expensive, and powerful motorcycles that made use of a new flat-4 air-cooled motorcycle engine. The largest K series motorcycle was the 800cc (actually 797cc) K800, just below this in the model family was the 600cc K600 – both were largely similar though with some differences, the most notable being the engine size.

Both the K600 and the K800 proved popular as sidecar motorcycles due to their relatively high power output (for the time), and their pressed steel frames were specifically designed to withstand the additional loads and stresses of sidecar duty.

The K800 is powered by a 797cc side valve, horizontally-opposed, flat-4 cylinder engine with air-cooling and a compression ratio of 5.8:1 to best suit the low quality gasoline available in Germany at the time. Power output was just 22hp at 4,300 rpm however this is rear wheel horsepower not brake horsepower, and it’s an impressive figure for the era. The top speed was 75 mph without a sidecar fitted and this dropped down to 60 mph (or a little lower) with a sidecar in place.

Brakes are drums front and back as you would expect, the pressed steel duplex cradle frame has a hard tail rear end and girder forks up front, and it tips the scales at 473 lbs (or 215kgs).

The Zundapp K800 was one of the most desirable motorcycles in Germany during the 1930s and it remains a highly desirable classic today thanks to its history, good looks, and its ability to keep up with modern traffic.

The K800 you see here is a comprehensively restored example now showing just 3 miles on the odometer, it’s a matching numbers machine and it appears essentially identical to how it would have looked when it rolled out of the factory in the southern German town of Nuremberg.

If you’d like to read more about the bike or enquire about buying it, it’s listed on Mecum here. It’s for sale via negotiation rather than auction. 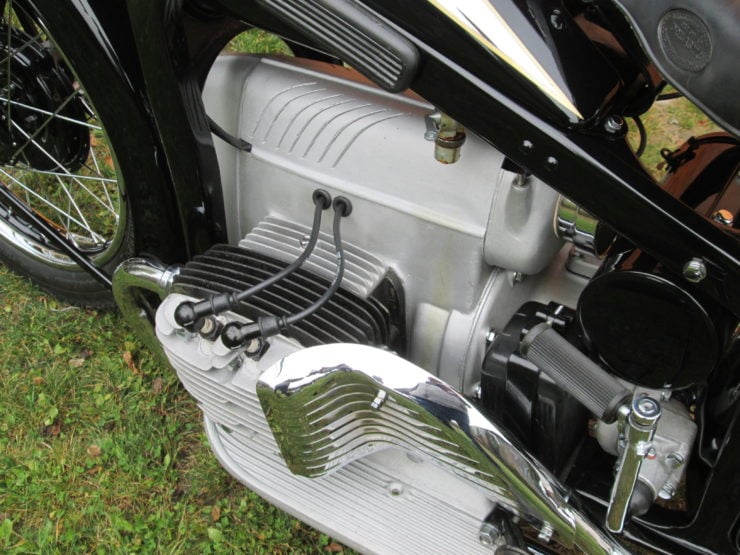 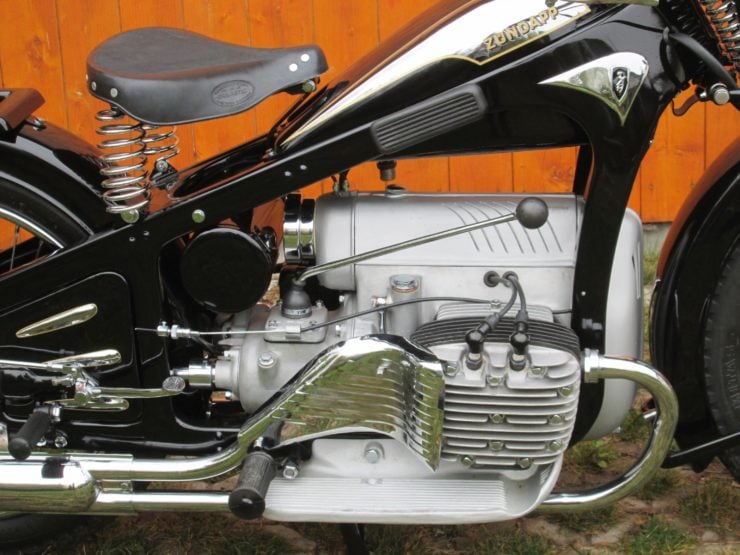 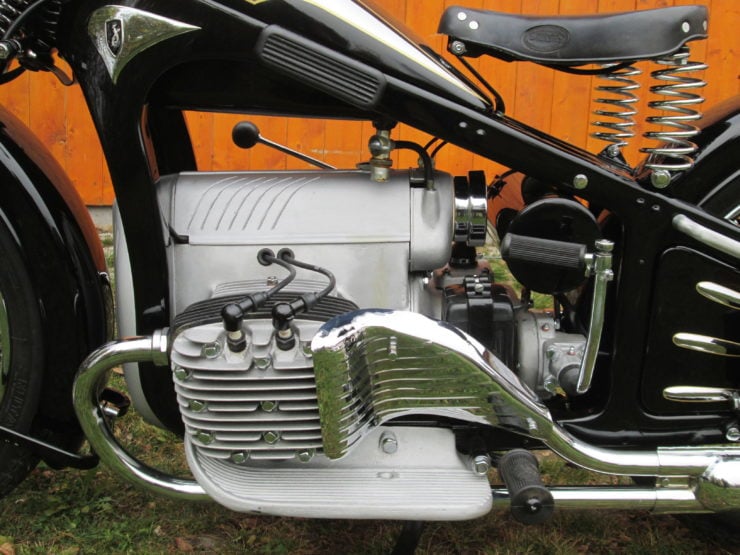 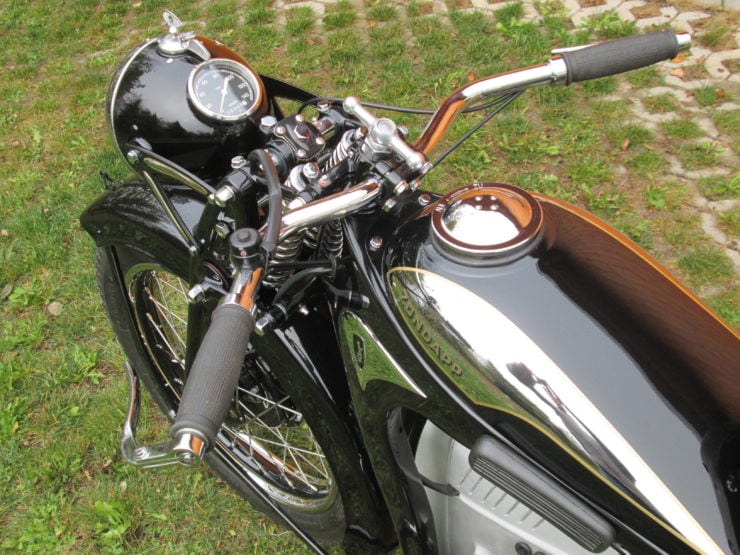 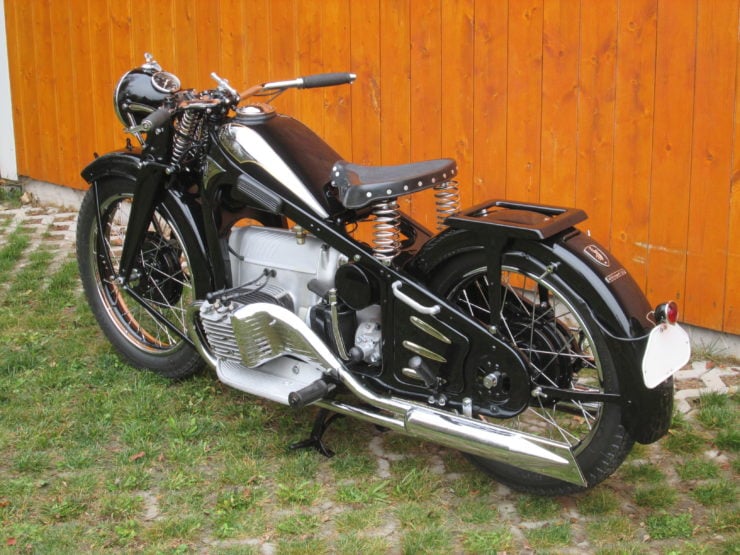 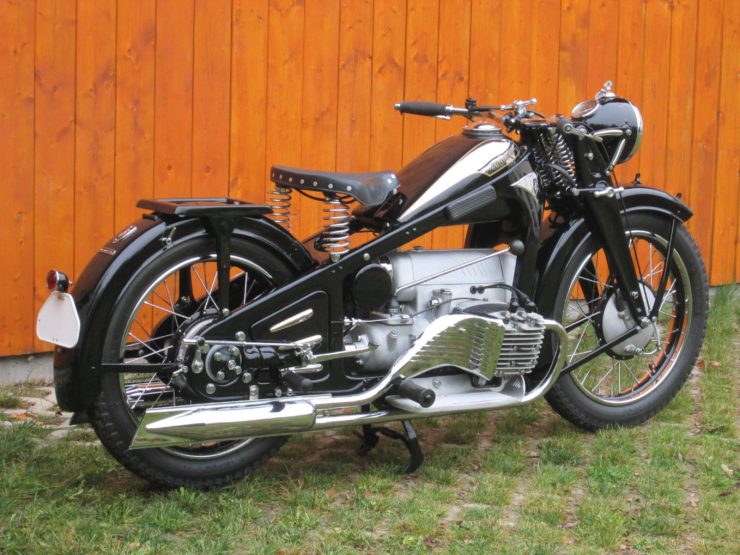 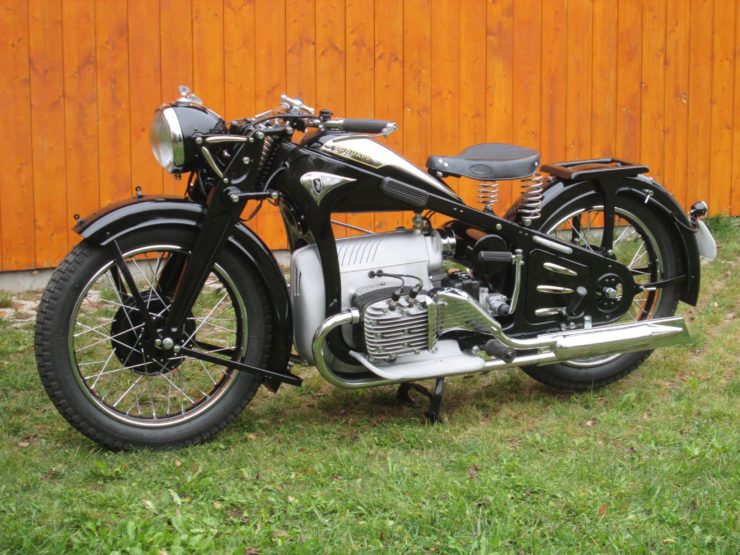 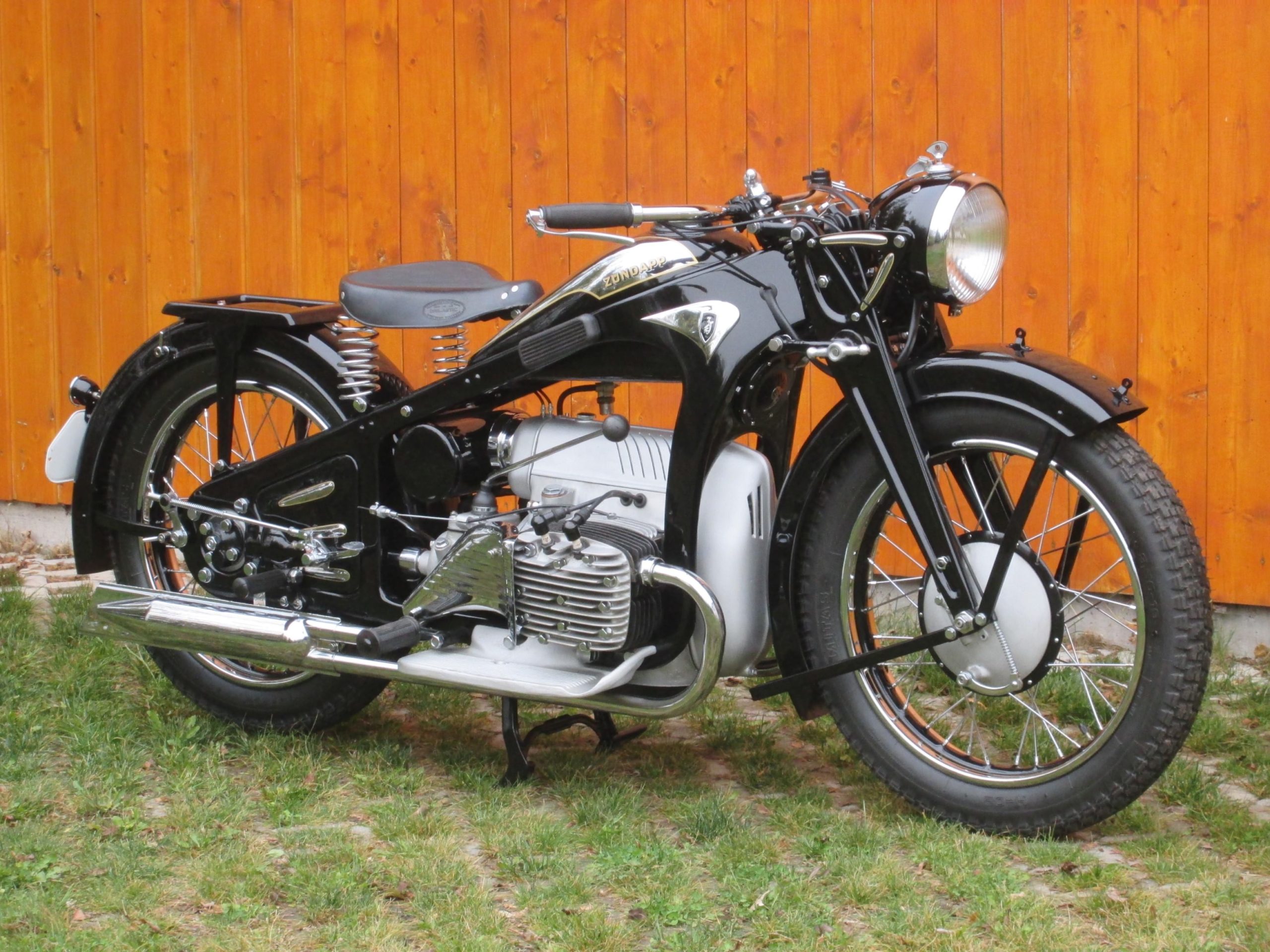