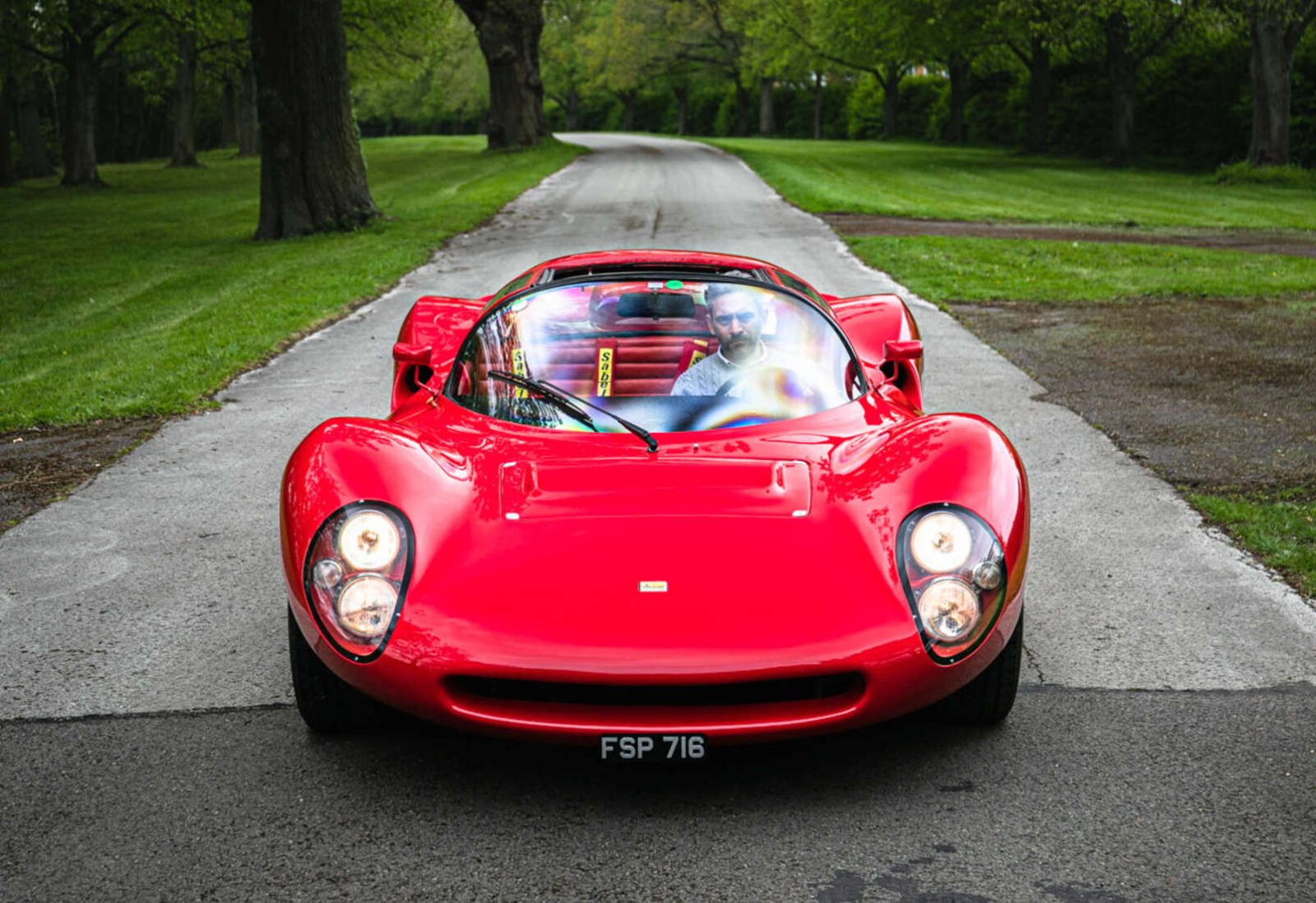 You could easily mistake the car you see pictured here as being one of just 18 original Dino 206 S vehicles that were ever made. Although it’s a staggeringly close approximation it actually started life as a US-delivered 1971 Dino 246 that was subject to a cost-is-no-object build into a Dino 206 SP evocation.

So detailed was this conversion that a new body was fabricated from alloy panels by Giordenengo in Italy to original specifications, and a 206 alloy block engine was sourced and fitted in the correct orientation.

Ferrari had originally intended to build 50 examples of the Dino 206 S in order to homologate it as a production car to compete in the FIA Group 4 Sports Car class. Sadly financial difficulties resulted in just 18 original cars being built, three years later 50% of Ferrari would be acquired by Fiat.

Ferrari describes the 206 SP as “an open-top version of the Dino 166 P with a bigger engine” the 166 P being a very similar looking coupe with a 1.6 litre engine that had first appeared in 1965. Interestingly the first 206 SP wasn’t all that different from the car you see here, it was rebodied with a different engine fitted, though in this case the donor car was a Dino 166 P.

The 206 SP won a slew of European hillclimbs in the mid-1960s in the hands of Ludovico Scarfiotti, he would go on to win the 1965 European Hill Climb Championship. The car also competed in the Targa Florio and a number of other major events throughout the 1960s. 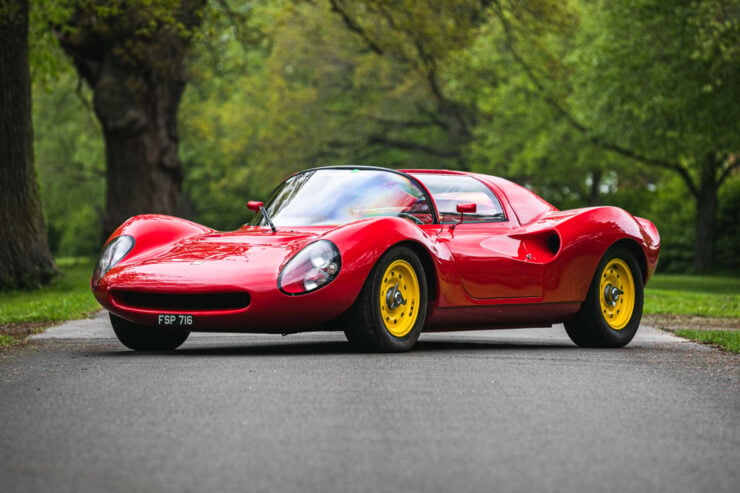 Above Image: The car has a bespoke alloy body built by Giordenengo in Italy to original specifications.

The style and performance of these racing Dinos won them fans around the world, Ferrari capitalized on this by releasing the Dino 206 GT road car in 1967. The styling of the 206 GT was directly influenced by the 206 S and SP, though the ultra-lightweight and raw nature of the race cars was replaced by a far more comfortable and civilian friendly fittings.

Originally Ferrari didn’t call the Dino a Ferrari at all, it was developed as a sub-marque of sorts to compete with the likes of the Porsche 911. Years later the Italian company would change its tune however, and today Ferrari’s historic model register proudly calls the car the Ferrari Dino 206 GT.

The Dino series would stay in production until 1976 under three main model families, the 206, 246, and 308. The sub-marque would be discontinued after this time and the lower-priced (though still not cheap) Ferraris would carry full Ferrari badging.

There was a time not too many years ago when these Dinos were almost affordable, many in the Ferrari community looked down on them, and it was during this time that the car you see here was converted.

The person who undertook the conversion project must have looked on it as a labour of love, the Dino 246 donor car likely wasn’t too expensive but getting a custom alloy body shaped by Italian artisans to exact vintage specifications can tend to be very, very costly indeed. 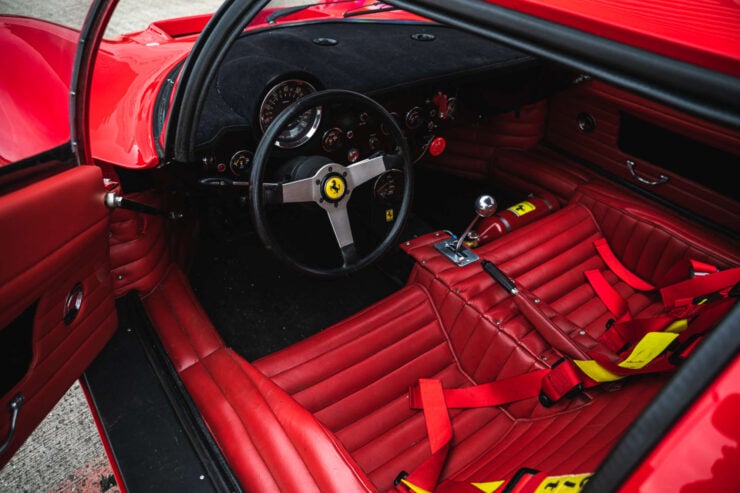 Above Image: The stylish though Spartan interior is characteristic of Italian sports cars of the era, with the addition of four-point racing harnesses.

As mentioned above, an original Dino 206 alloy block V6 engine was sourced and mounted longitudinally in the chassis, requiring some minor chassis work as the 246 was originally fitted with a transversely mounted engine to maximize space.

Correct wheels were sourced and impressively they even had two windshields made just for this car, once is fitted to it now and the other comes as a spare. The interior of the car comes with all the ribbed red leather you could possibly want as well as four-point racing harnesses and a gated 4-speed shifter.

Surprisingly the estimated value of this car falls in line with a lower-priced standard 264 GT, such is the climb in prices enjoyed by Dinos in recent years that this car would likely be worth more without all the work and money spent on it.

However to the right kind of enthusiast it will represent a once-in-a-lifetime opportunity to buy an immaculate reborn Dino 206 SP and unlike the real ones, this car can be driven on the road without the fear of wrecking a priceless piece of Ferrari history. 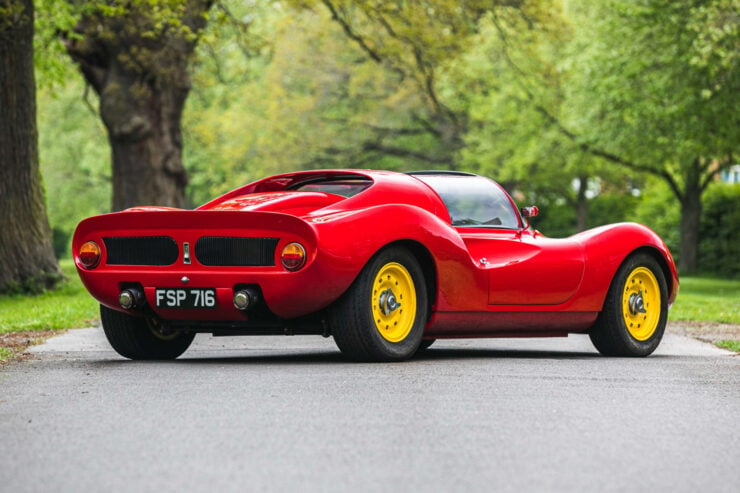 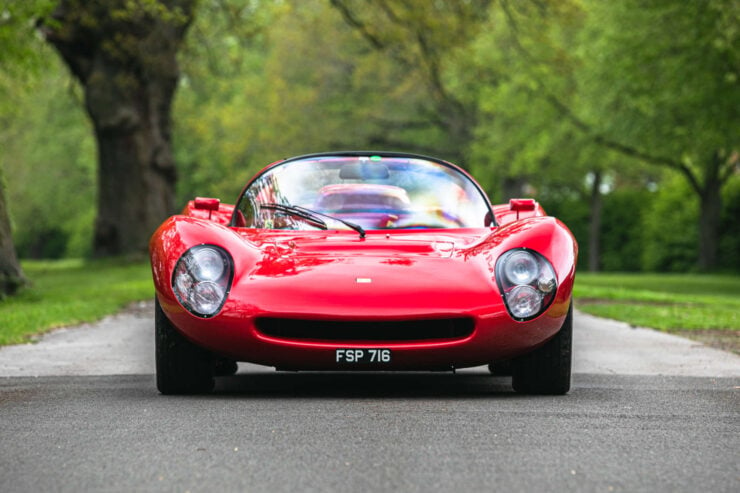 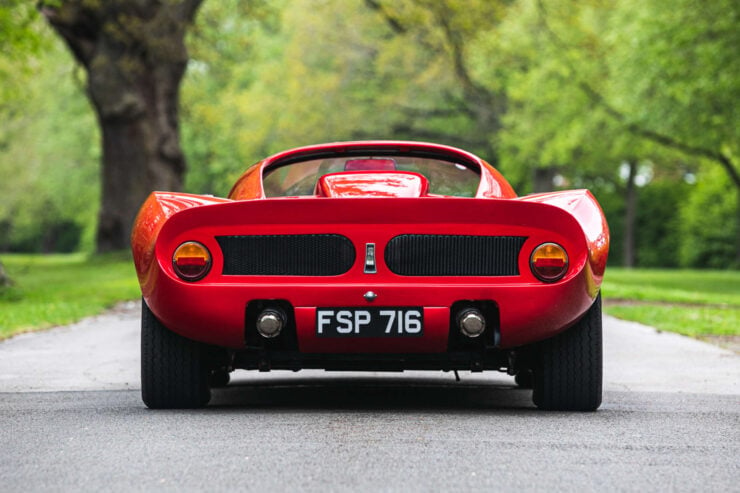 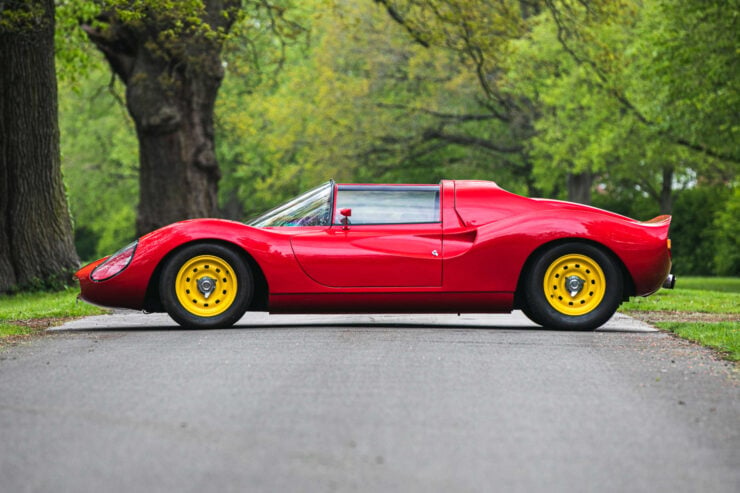 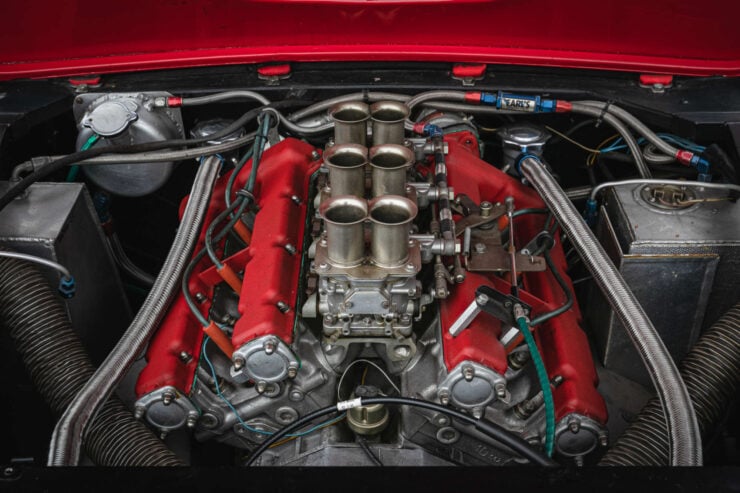 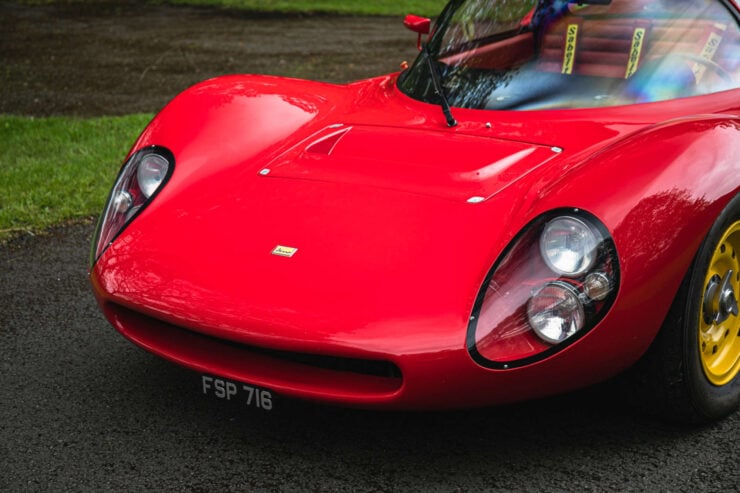 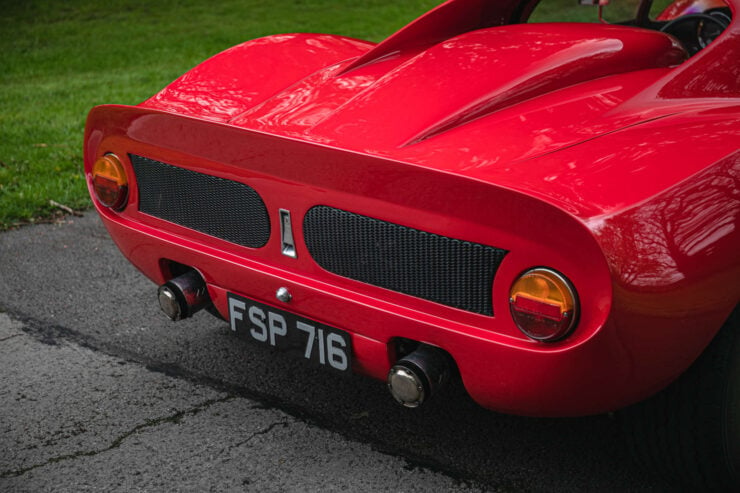 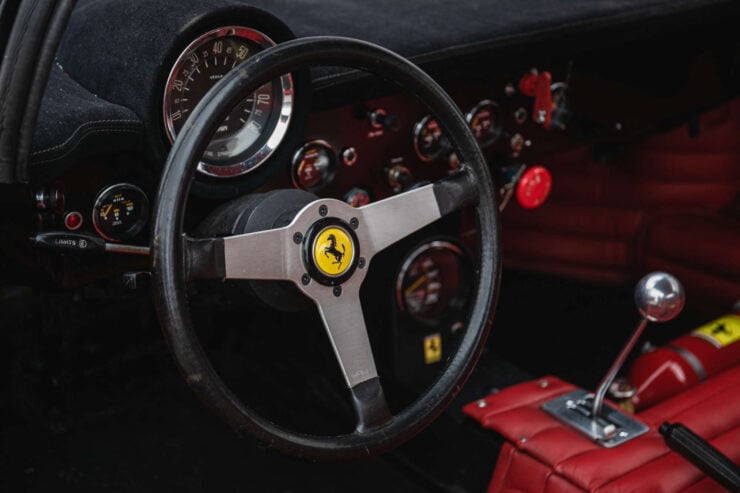 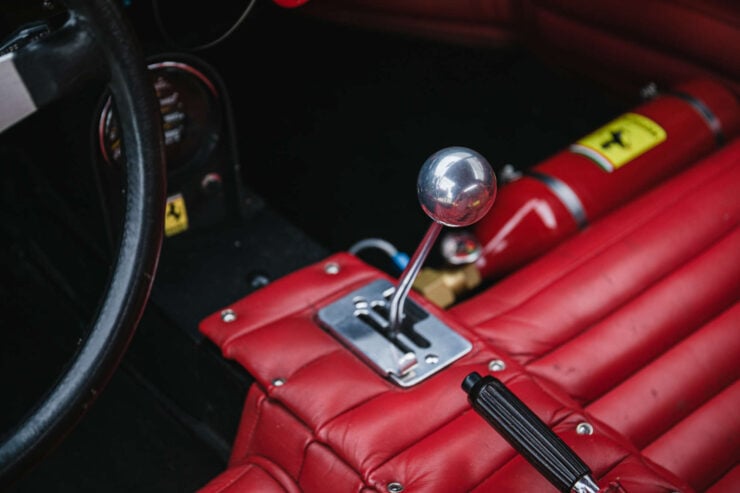 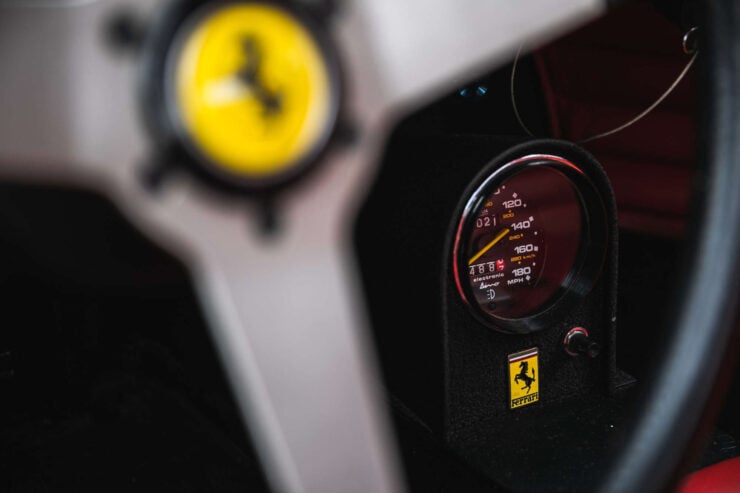 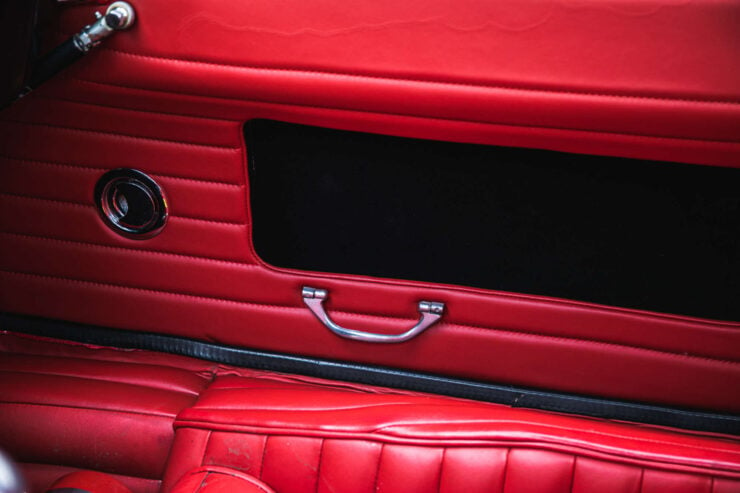 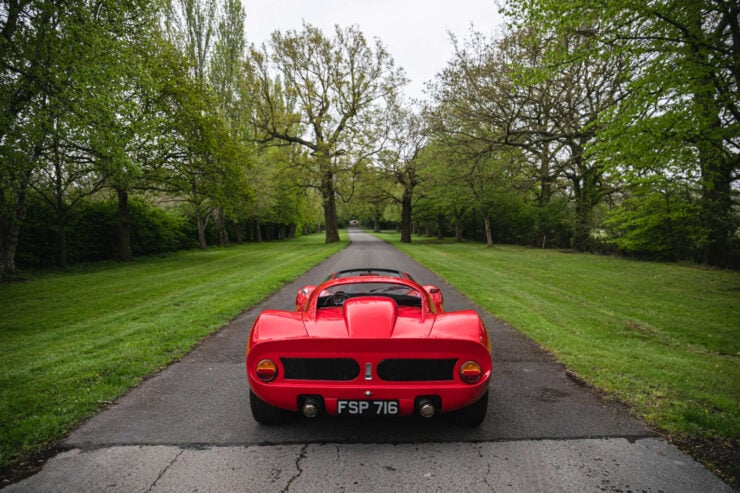 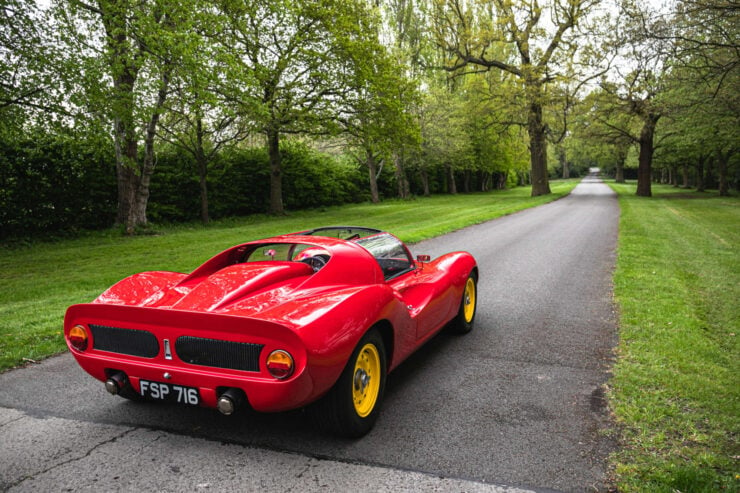 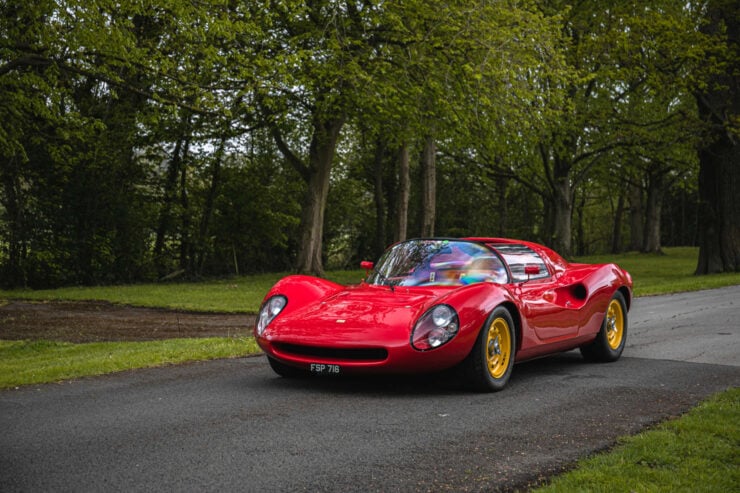 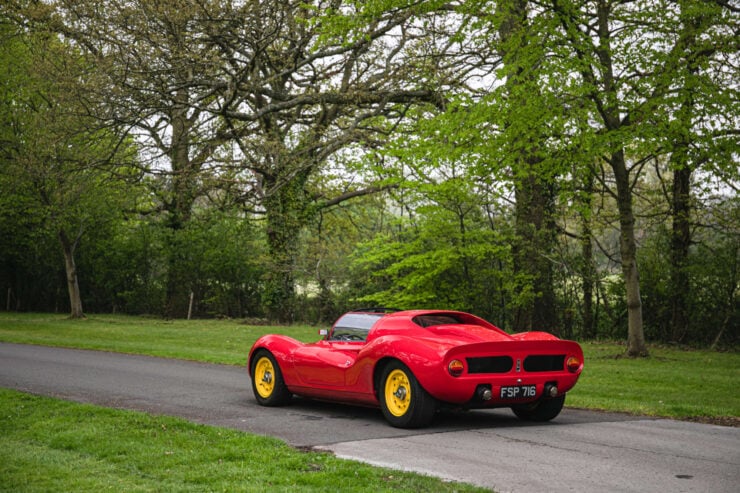 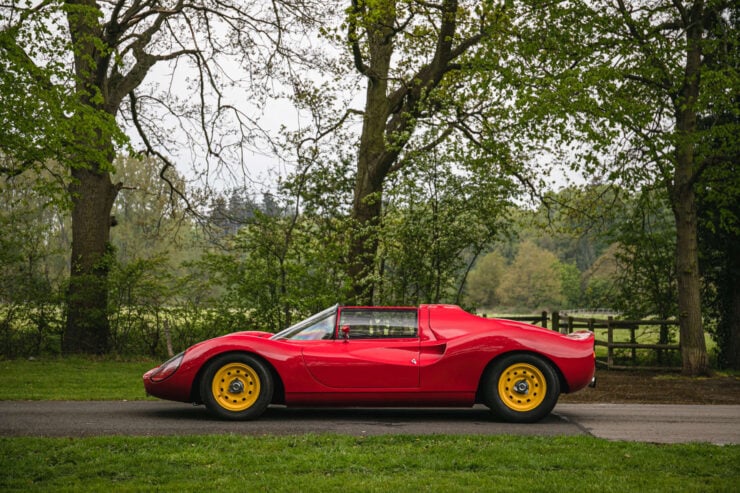 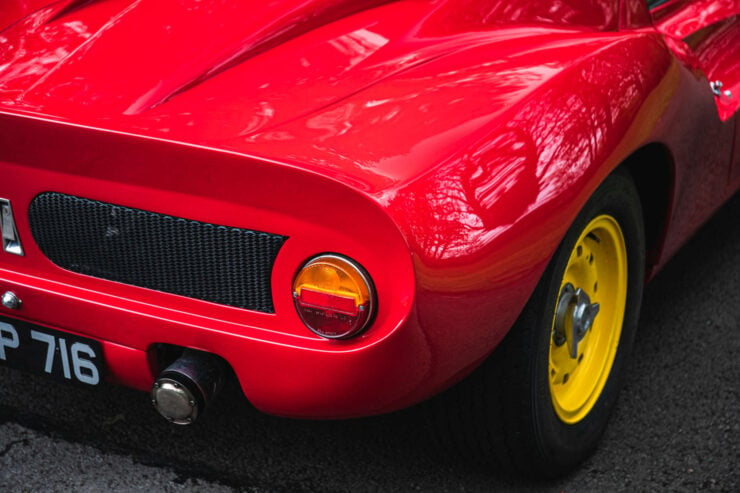 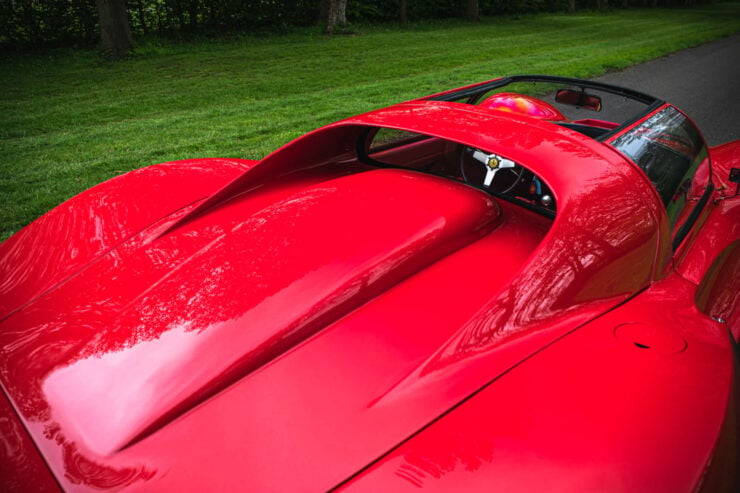 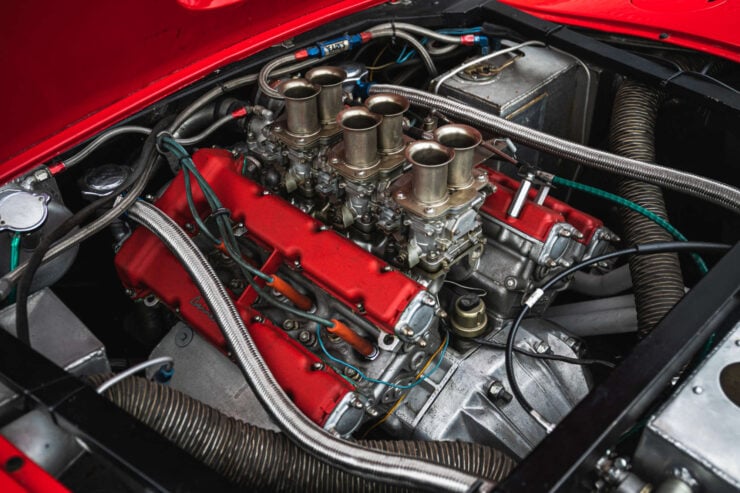 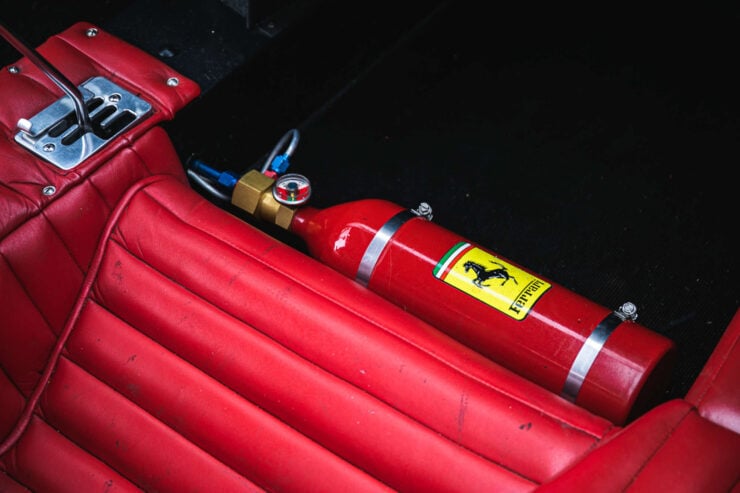 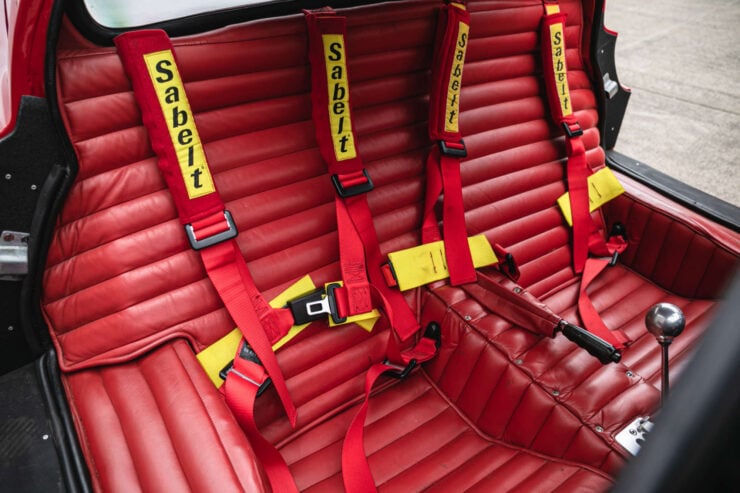