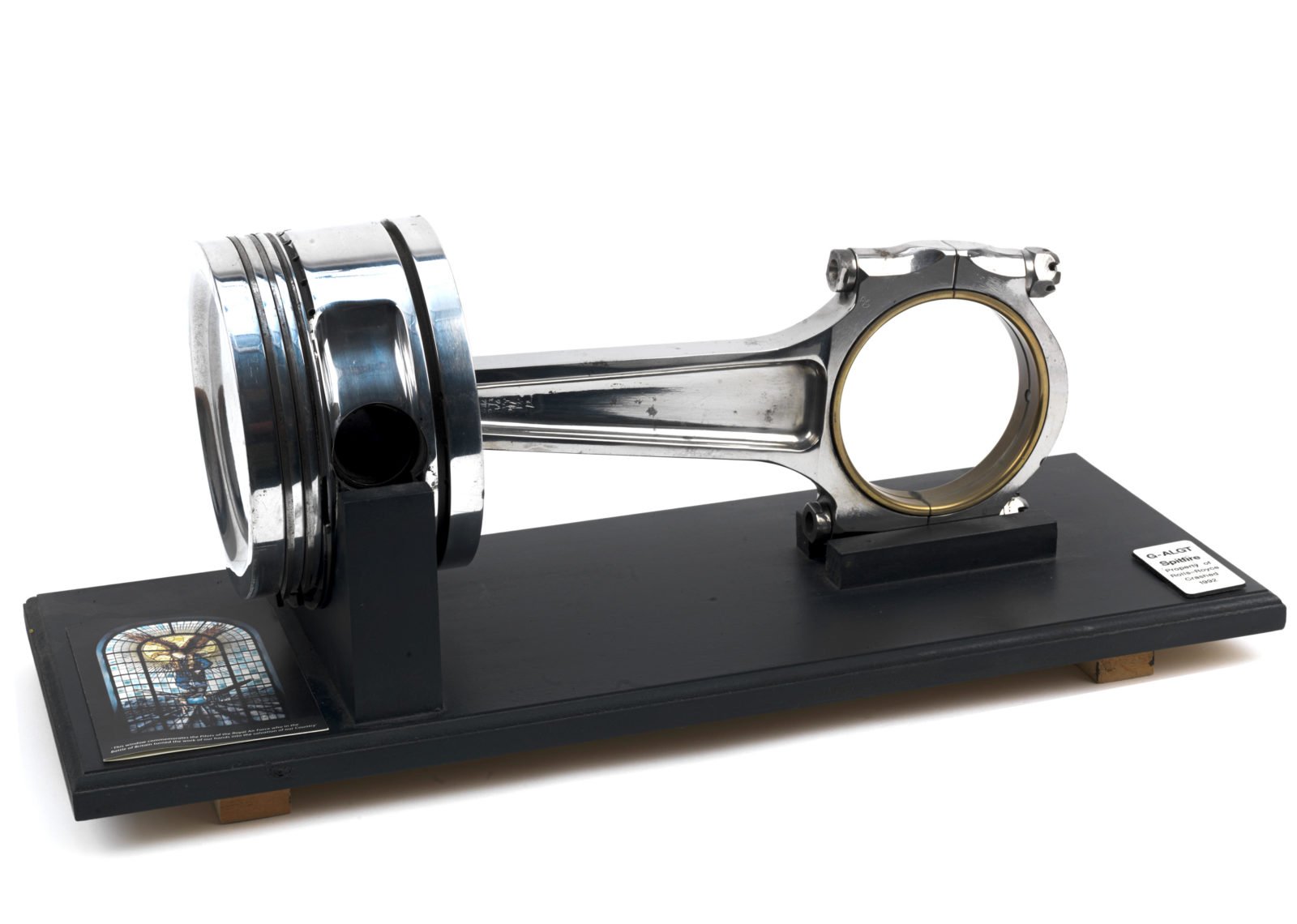 This is a piston and connecting rod from a Rolls-Royce Griffon V12 aero engine, specifically an engine fitted to a 1944 Supermarine Spitfire Mk XIV registered as G-ALGT which is now owned by Rolls-Royce.

The Rolls-Royce Griffon V12 was the successor to the earlier Rolls-Royce Merlin V12, the latter being one of the most famous engines of the war on either side of the conflict – powering legends like the Spitfire, Hurricane, Lancaster, Mosquito, and the P-51D Mustang in Packard V-1650 form.

The Griffon had a displacement of 37 liters, considerably more than the already hefty 27 liters of the Merlin. The engine is a V12 with a 60º bank angle, a single overhead camshaft per bank, two valves per cylinder, and it was fitted with a two-speed, two-stage centrifugal-type supercharger.

Above Video: Here you can see a Rolls-Royce Griffon being started and run, skip forward to 30 seconds in to see the action start.

The Griffon entered service in the early 1940s, due to the additional power and the propeller that turned in the opposite direction pilots needed to be retrained. It was imperative that pilots applied left (port) trim on takeoff to keep the aircraft stable, rather than the right (starboard) trim they were used to applying with the Merlin.

A wide range of aircraft were fitted with Griffon engines including the Avro Shackleton, Supermarine Spitfire, Fairey Barracuda, and many others, including prototypes of the Hawker Fury and the Bristol Beaufighter. In the modern day the Griffon makes a popular engine for air racing, and some have been retrofitted to North American Mustangs. 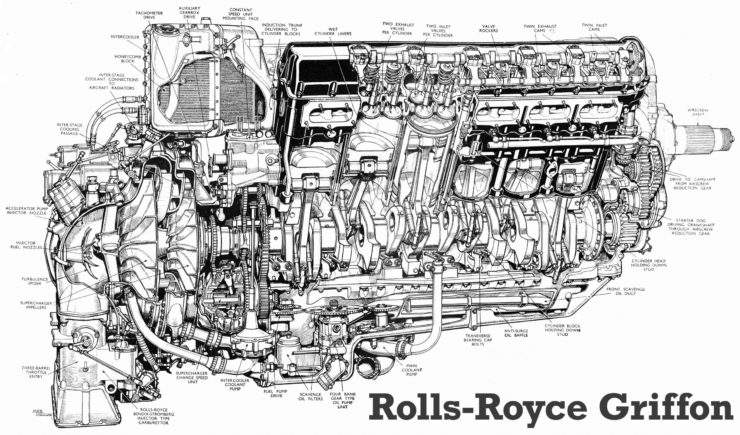 This cutaway illustration of the Rolls-Royce Griffon gives a good look inside the engine, including a look into its two-stage centrifugal supercharger.

The piston and connecting rod you see here remain together as a unit, the big end bearings are still fitted as well. It’s mounted to a wooden display base that is 53cm x 20.5cm long overall, and the piston/conrod is 39cm long. 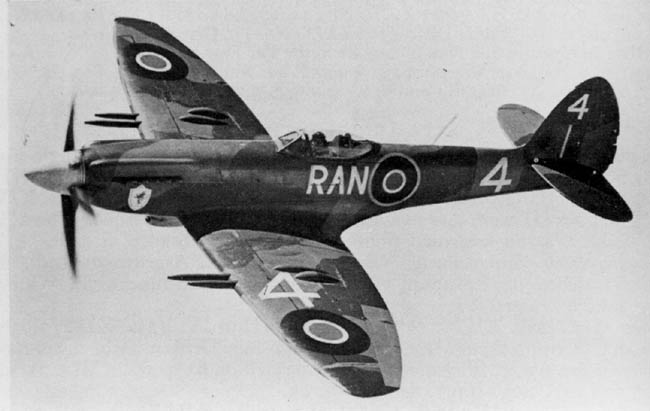 A Rolls-Royce Griffon-powered Spitfire, this is the Supermarine Spitfire F.22 that belonged to 607 Squadron – RAF.