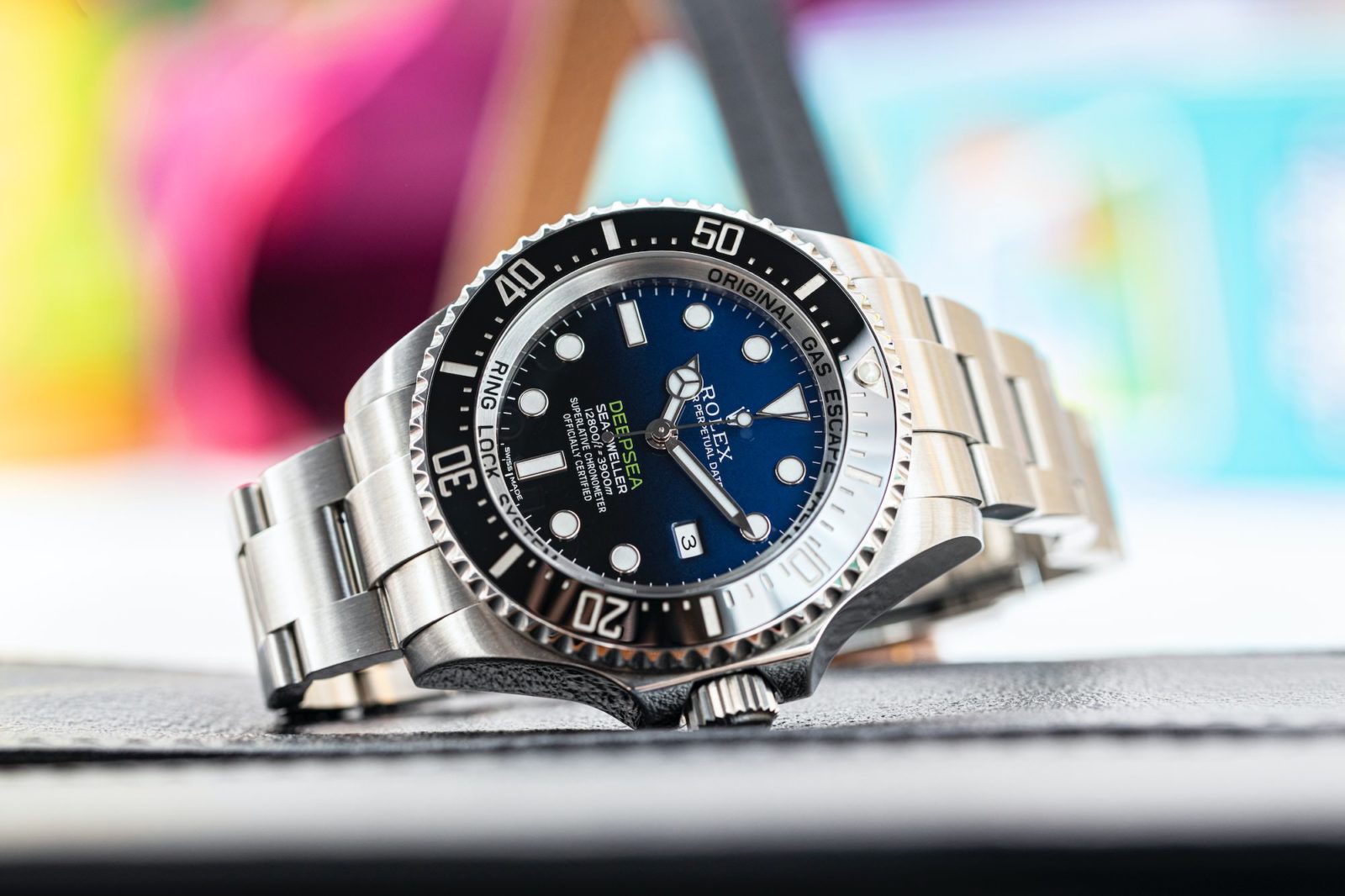 This is the Rolex Deepsea D-Blue edition “James Cameron” that was created by the Swiss watchmaker to celebrate James Cameron’s 2012 dive to the depths of the Mariana Trench – the deepest part of any ocean on earth.

The name Deepsea comes directly from the submersible that was used by Cameron, it was called the Deepsea Challenger and it was built by specialist company Acheron Project based in Sydney, Australia.

The project was funded by the National Geographic Society with support from Rolex, and the entire project was filmed extensively and then released as the 2014 documentary Deepsea Challenge 3D. 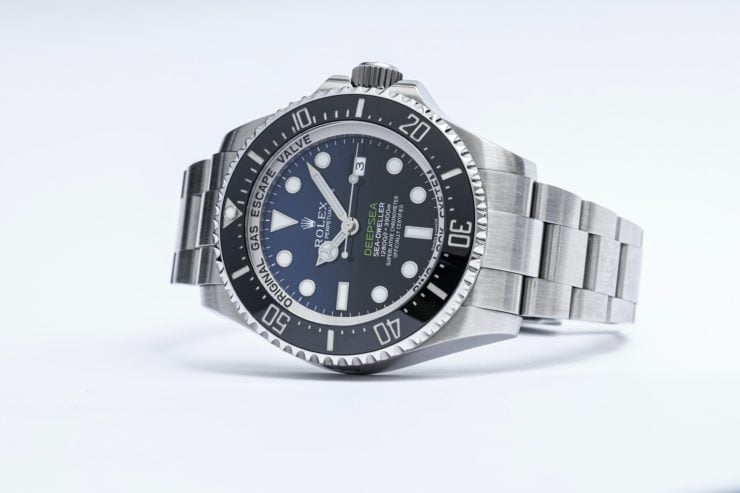 The watch is rated for depths of up to 12,800 feet or 3,990 meters, and the shade of green used for the “DEEPSEA” script on the dial is the same used for Cameron’s submersible.

Cameron is a filmmaker who needs no introduction, he’s a lifelong fan of Rolex watches and ever since directing the 1997 film Titanic, he’s had a fasciation with submersibles and the deep sea. It would be this fascination that led to the 2012 Deepsea Challenger mission.

The Rolex Deepsea ref. 116660 was originally released back in 2008 as the pinnacle of all Rolex dive watches – in fact it’s been dubbed “the Formula 1 of Rolex divers” by watch site Hodinkee.

The Deepsea has a large 44mm by 17.5mm “Oystersteel” case with a titanium case back and a 5.0 millimeter-thick sapphire crystal. All of this was to give the watch its remarkable water resistance rating of 12,800 feet (3,990 meters). 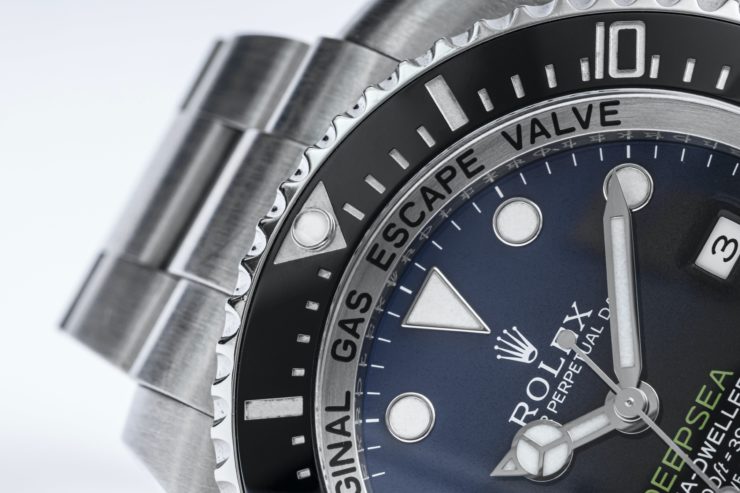 In order to aid its remarkable deep diving abilities the watch has an unusual helium escape valve on its left side.

The “DEEPSEA” script on the dial is finished in the same shade of green as Cameron’s submersible. A helium escape valve is located on the left side and interestingly the watch’s bracelet can be adjusted to fit over a diving suit.

The Deepsea D-Blue edition you see here is from 2017 and as such it’s fitted with the Rolex 3235 calibre – this movement was developed in-house and introduced at Baselworld for the first time in 2017.

This watch is now being offered for sale on Watch Collecting out of Edinburgh, Scotland in excellent condition, with an ‘AA’ grading assessment. If you’d like to read more about it or place a bid you can visit the listing here. 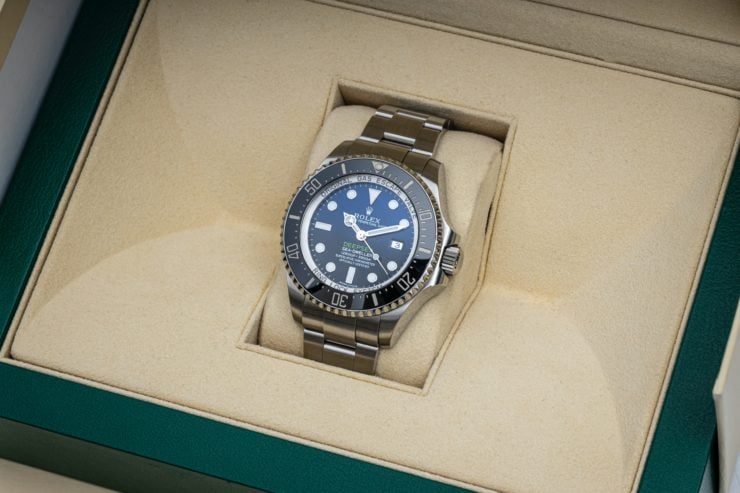 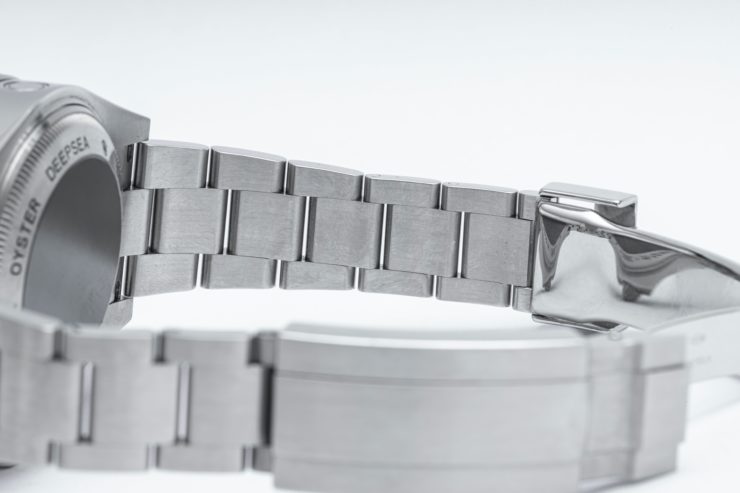 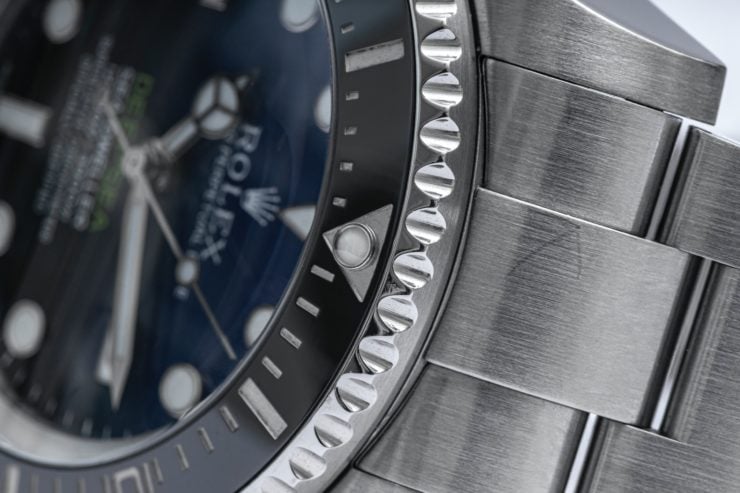 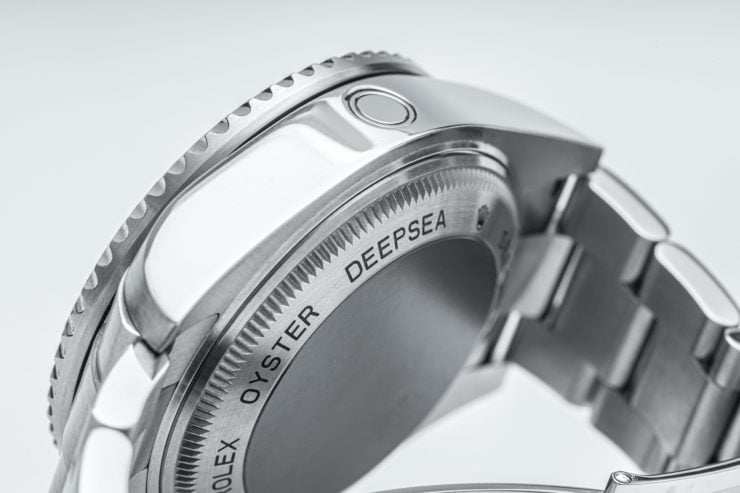 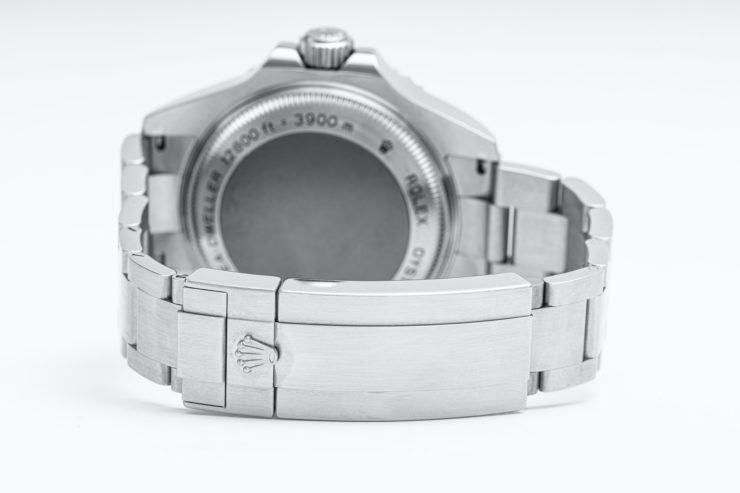 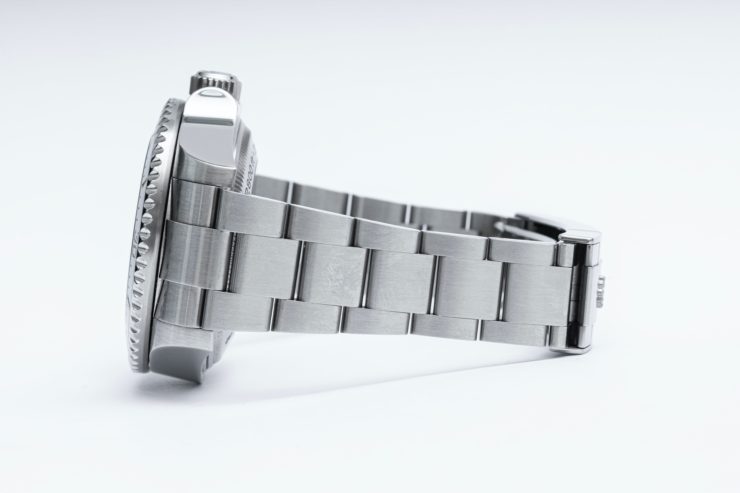 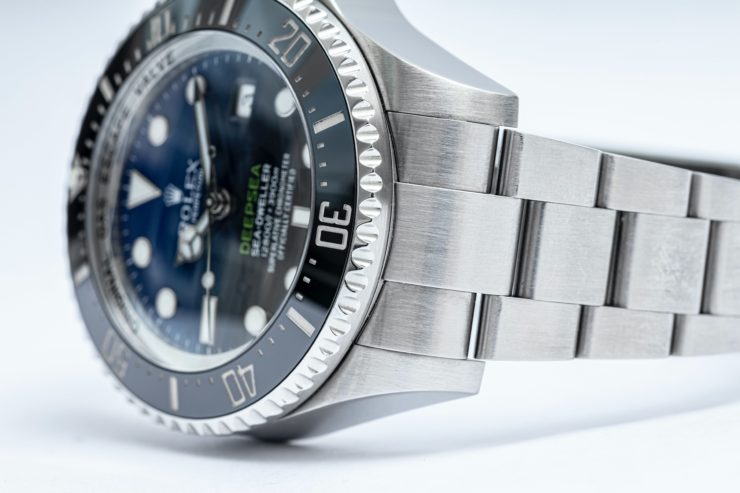 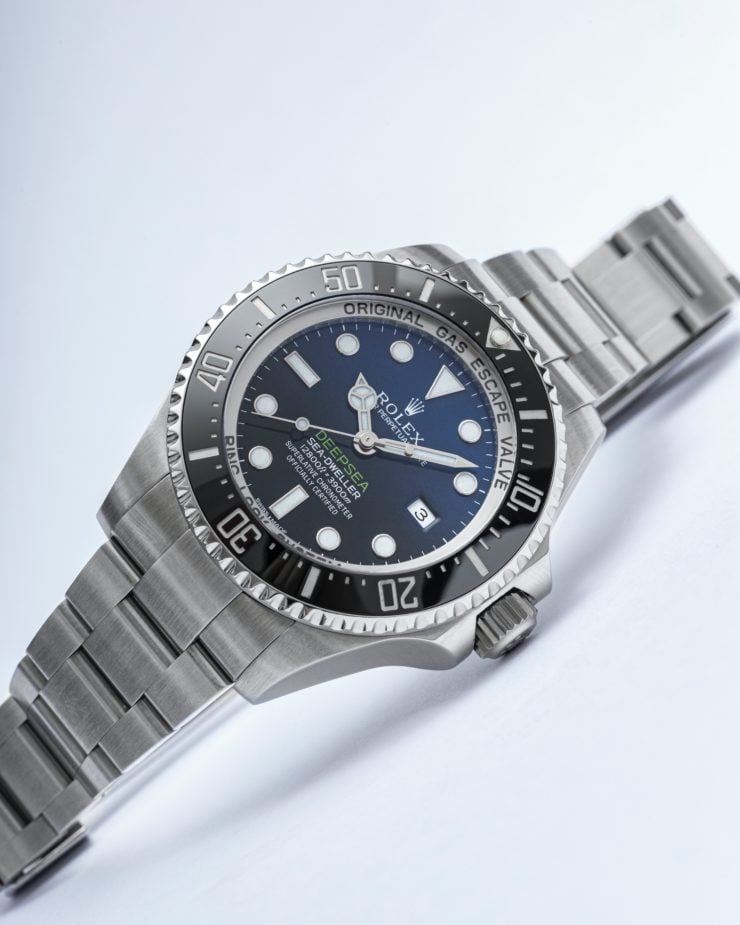