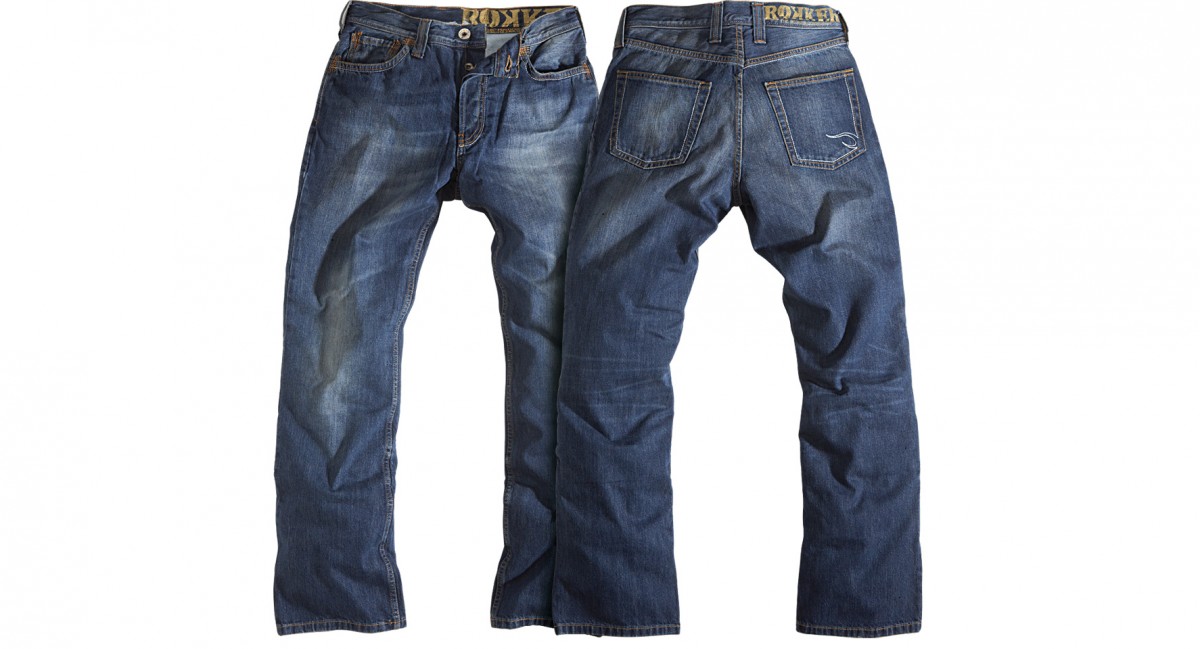 Rokker’s Original Motorcycle Jeans have been designed from the outset to fit like a pair of Levi’s® 501s®, avoiding the excessively high-waisted look that’s all too common with off the shelf motorcycle jeans. In order to offer year-round wearability Rokker fit an abrasion and water-resistant inner layer of 100% Schoeller®-Dynatec fabric to an outer layer of 13oz medium blue, stonewashed denim – they’re also fitted with pockets in the knees to take flexible D3O® knee protectors.

Interestingly, the designers at Rokker don’t use brass rivets in any of their jeans as they can tend to scratch motorcycle paint work – they can also heat up and cause burns should you come off your bike and slide across the asphalt for any significant length of time. For additional safety, the inner abrasion resistant Schoeller®-Dynatec fabric layer offers 100% coverage, rather than just covering patches around the seat, thighs and knees.