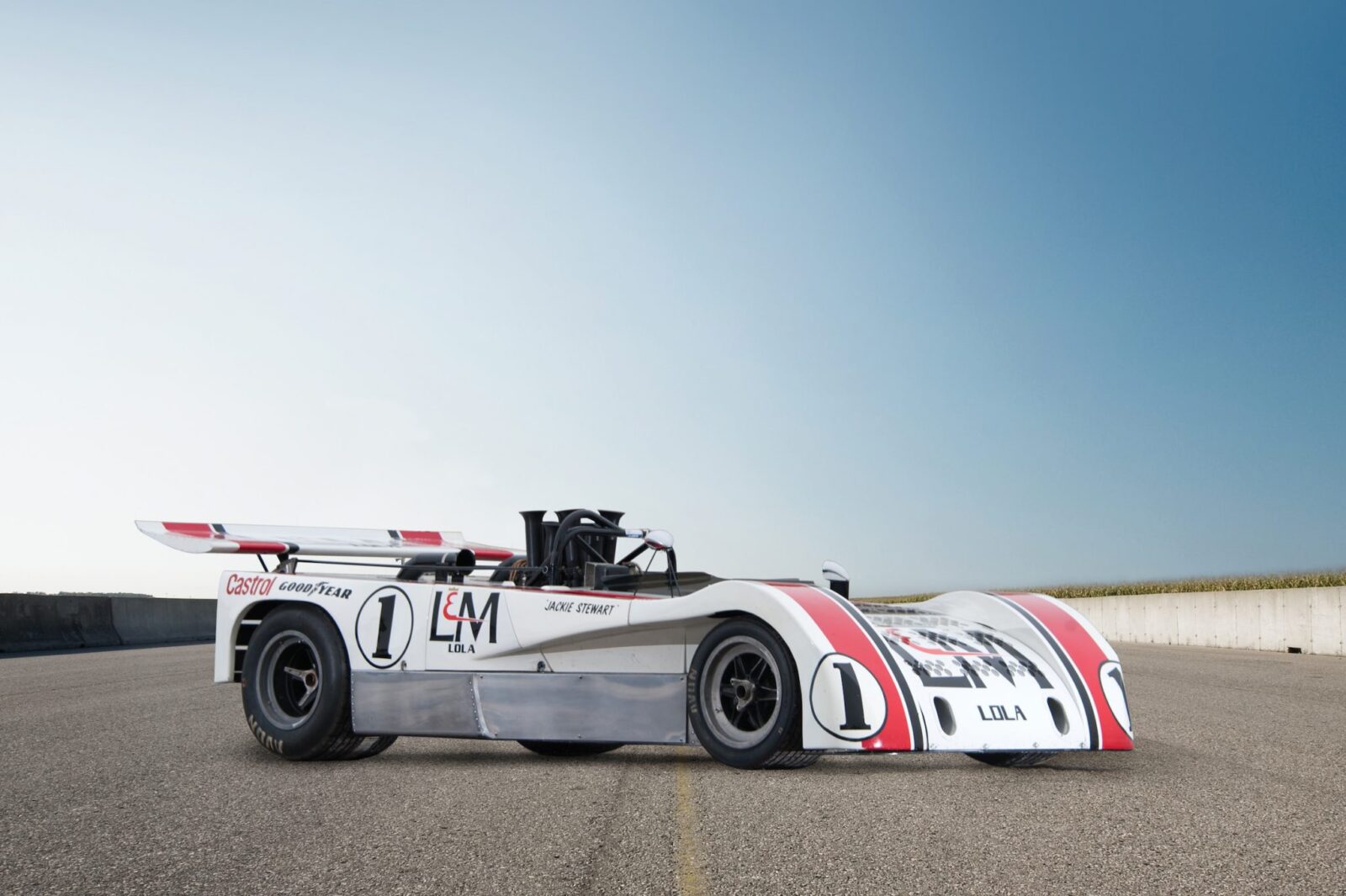 The 1971 Lola T260 Can-Am Spyder was a car conceived to take the challenge to the dominant McLarens of the era, Bruce’s bright orange Can-Am cars had convincingly won the 1970 season by taking the chequered flag in 9 of the 10 races – possibly the greatest tribute that could have been made to Bruce McLaren, who had died just a few days before the beginning of the 1970 season in an accident that occurred during testing.

For 1971 the team at Lola had developed the advanced T260 Can-Am Spyder with a short wheelbase, blunt-nosed design reminiscent of Bugatti’s Type 32. This new car was fitted with an 8.1 litre (496 cubic inch) V8 from Chevrolet and tuned by George Foltz to produce over 700hp and 681 ft-lbw of torque at the rear wheels. This power unit was fed by Lucas fuel injection and used a Hewland 4-speed gearbox – the latter of which would prove problematic as the 1971 season progressed.

In a coup of sorts the Lola team managed to sign Jackie Stewart as their driver, there was no faster man on four wheels in the early 1970s and Stewart proved his worth time and again during the season, starting with a pole-position at the first race at Mosport Park.

As the 1971 Can-Am season progressed Stewart took two wins and multiple podium places, however the all new T260 suffered from a series of gearbox failures and inconvenient tire punctures which severely hampered the Scot’s efforts. By the end of the season Lola took a 3rd place behind the two McLaren M8F cars and ahead of the Porsche 917s and McLaren M8Ds, a feat many considered impossible.

The Lola T260 you see here was Jackie Stewart’s primary race chassis during the 1971 season, it underwent an extensive mechanical restoration in 2008 and in 2009 it fetched $304,000 USD at auction. It’s now being offered for sale by RM Auctions at their Monaco Auction on the 10th of May 2014 and you can click here to see the full listing. 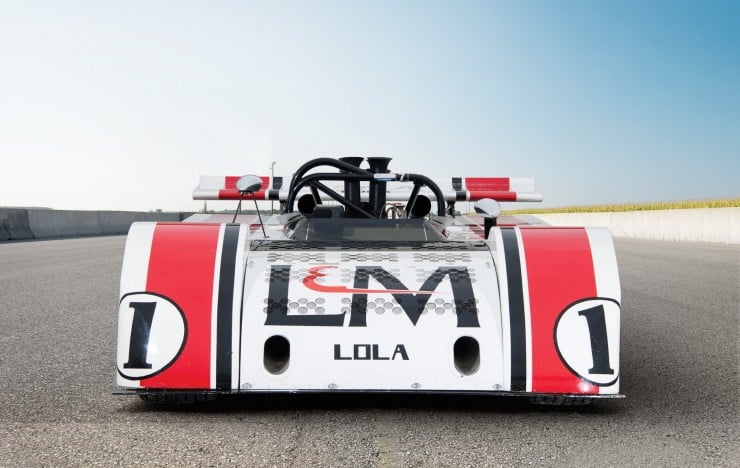 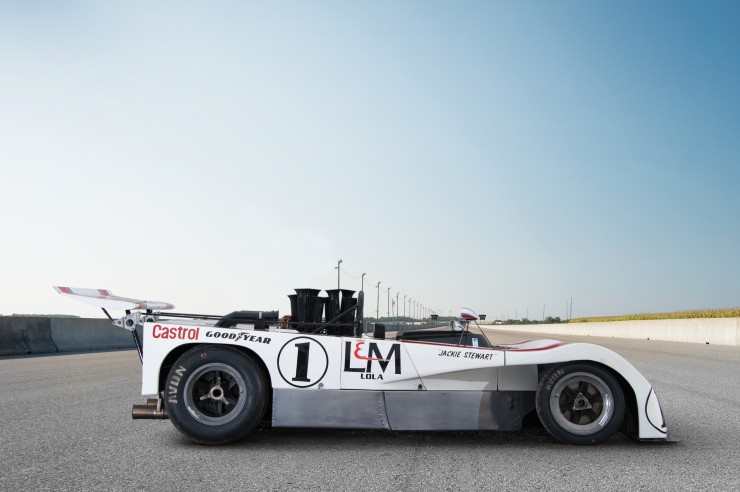 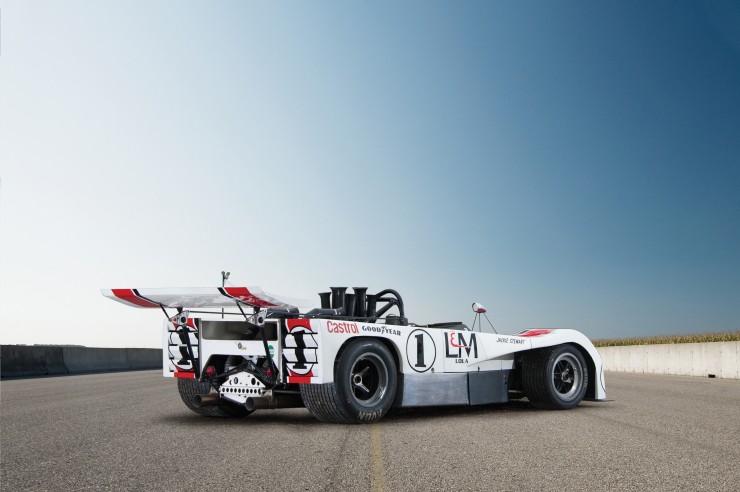 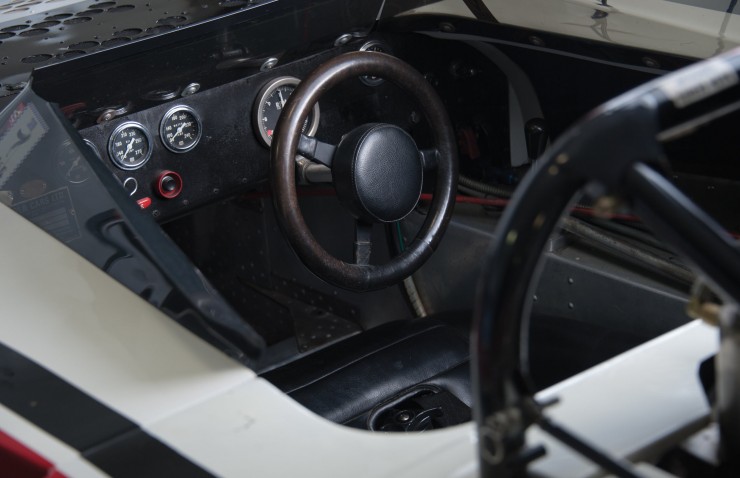 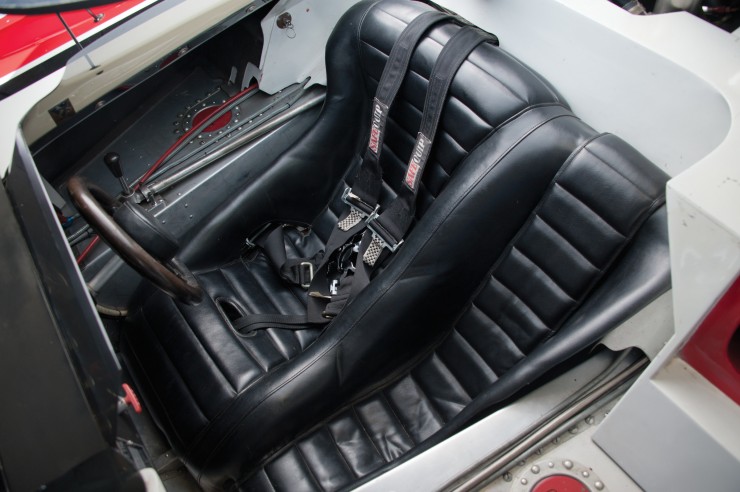 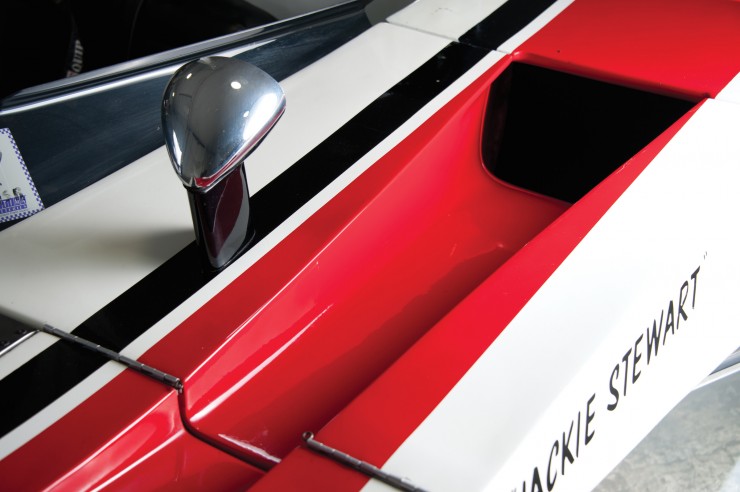 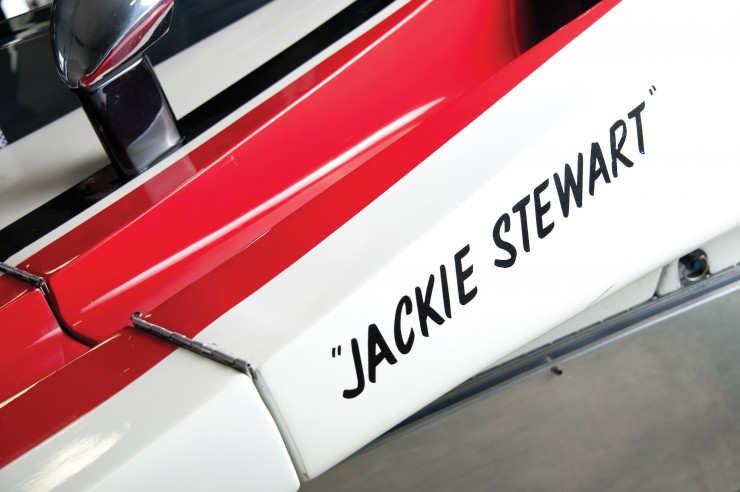 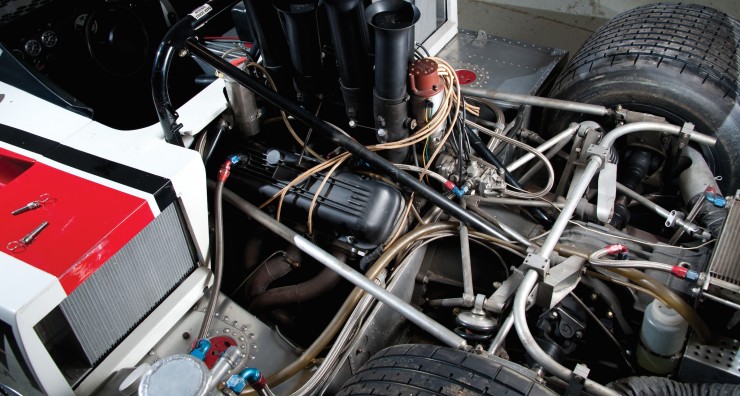 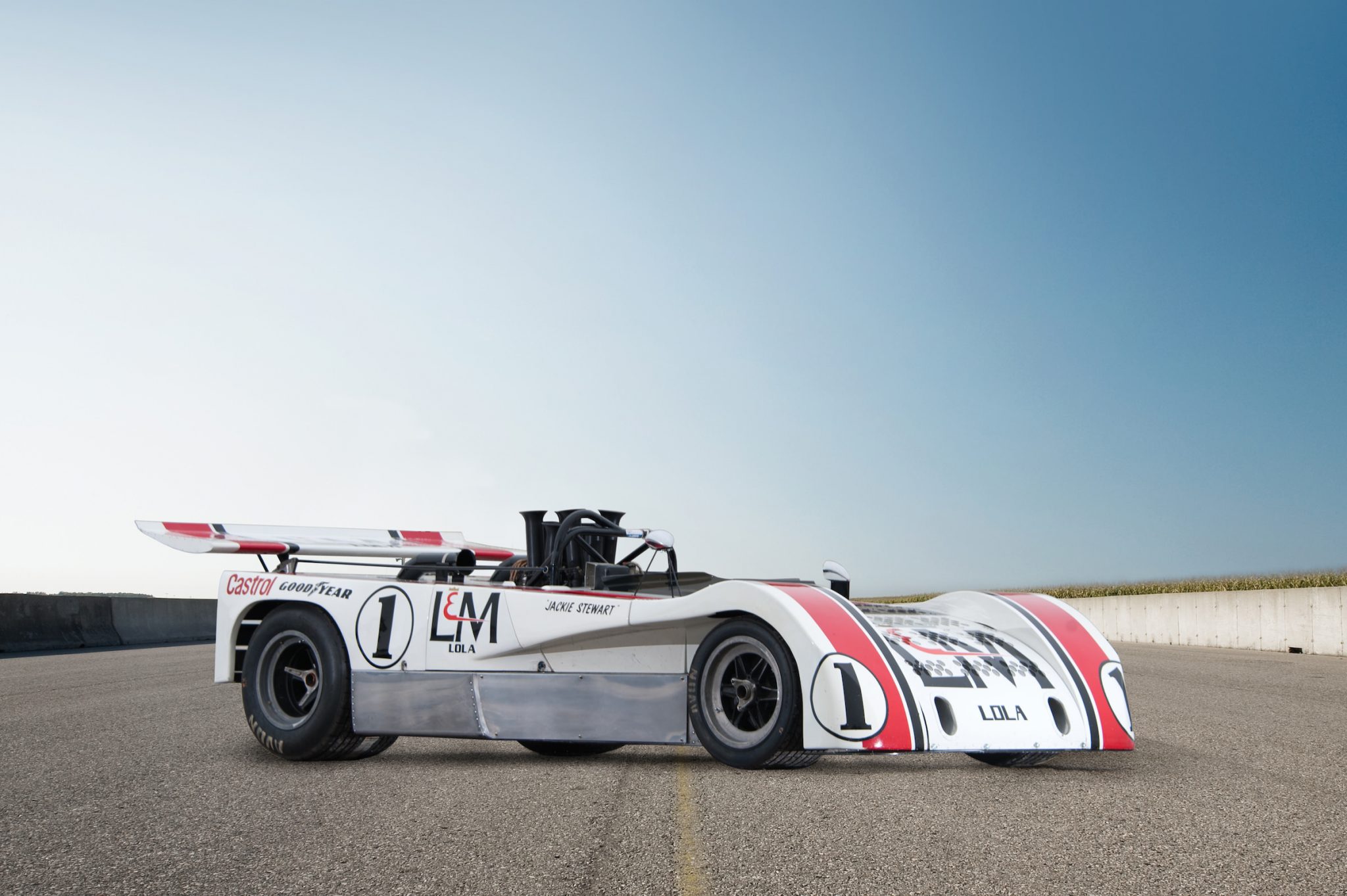