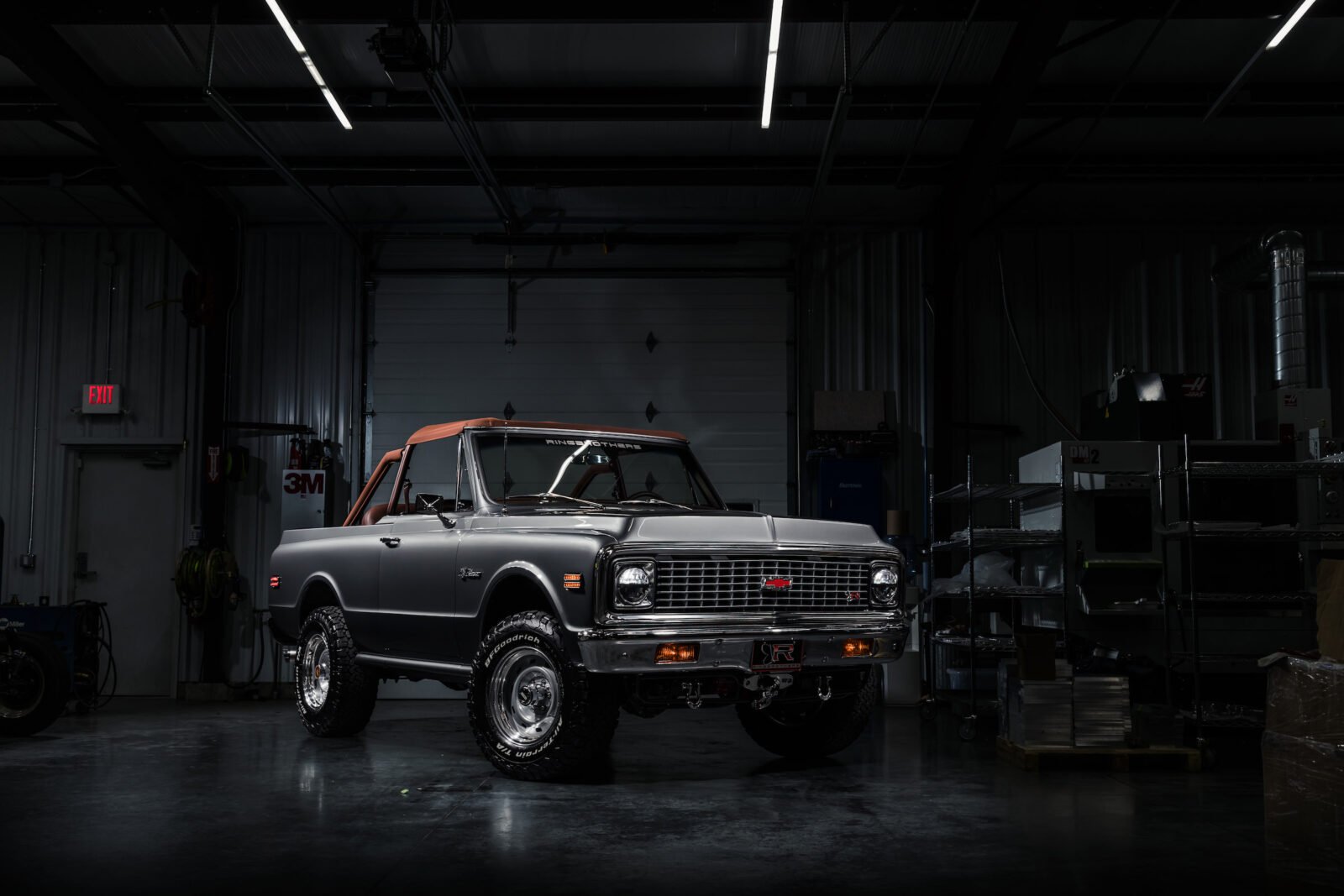 The Chevrolet K5 Blazer first appeared in 1969 as a competitor to the wildly successful Ford Bronco and International Harvester Scout – both vehicles are now remembered as ground breaking American 4x4s that launched the modern SUV genre along with British competition in the shape of the Land Rover and Range Rover Classic.

What the K5 Blazer brought to the table that had been largely missing from the Ford and International Harvester offerings was comfort. Both the Bronco and Scout were very capable off-road and usable on-road, but they lacked many of the refinements you’d probably want in a daily driver, like air-conditioning, better road manners, and additional interior space.

The engineers and designers at Chevrolet had been clever with the design of the Blazer. Rather then spending the time and resources needed to develop a new platform from scratch, they took an existing pick-up truck platform and reduced the wheelbase. 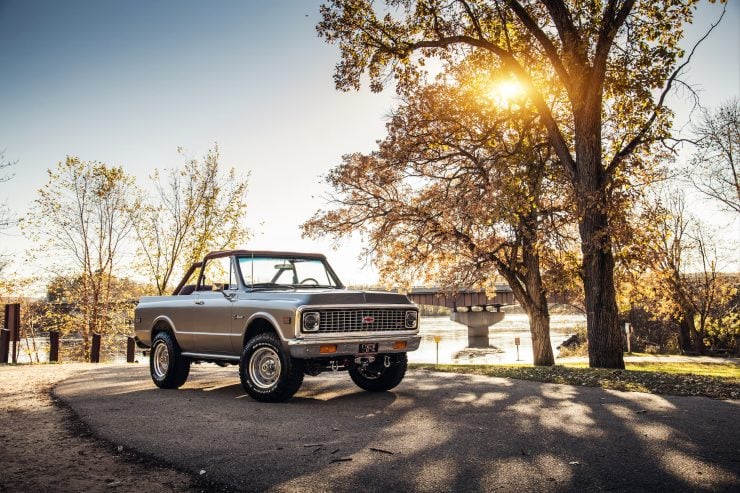 This decision to use pre-existing tooling and parts resulted in very low development costs, but it had another benefit that would launch the Blazer to the forefront of the genre it had only appeared in for the first time in 1969 – it had all the comfort and usability of a regular Chevy pick-up truck and all the options you might want, like automatic or manual transmission, air-conditioning, power brakes, a range of 4 engine choices and a push-button radio.

The first generation K5 Blazer was built from 1969 till 1972, a year after its introduction it was already outselling the Bronco and Scout, and the next generations of both of these 4x4s would take a hefty dose of inspiration from the Blazer.

The Chevy you see here is the first 4×4 ever built by the Ringbrothers – one of the USA’s premier custom car builders who have been more focussed on sports and muscle cars. The surging popularity of vintage off-roaders has been picking up steam in recent years, and as a result they’re popping up on the order books of garages like the Ringbrothers for the first time.

As with all of their builds, the team stripped this 1971 Chevrolet K5 Blazer to its bones before beginning the rebuild. The body was prepped to better-than-factory condition before being resprayed, all new suspension was provided front and back by RideTech, with reconditioned axles, and perhaps most importantly, a new GM LS3 crate engine with a Holley Fuel System and a custom Flowmaster exhaust producing 430 bhp. 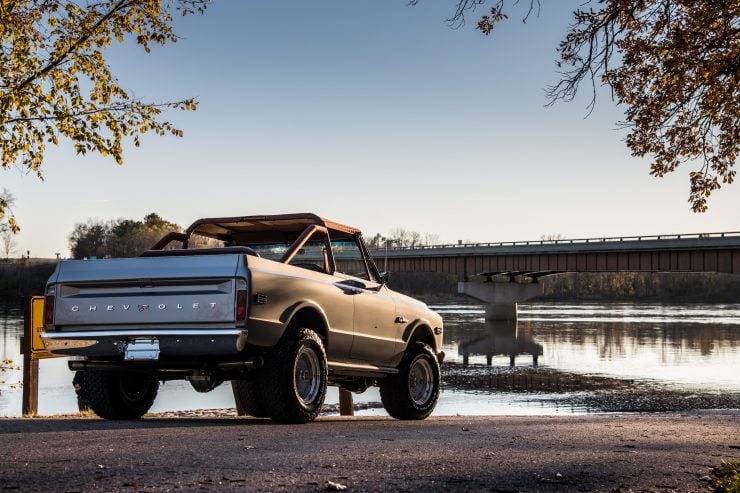 This engine is mated to a Bowler Performance 4L60E automatic transmission, and the Ringbrothers team fabricated new running boards, a firewall, an air box, engine covers, a fan shroud, floors, and side panels for the build in-house.

Once the mechanicals were done the attention turned to the interior, an all-bespoke leather interior was made by Upholstery Unlimited, all new gauges were installed, air-conditioning was provided by Vintage Air, and a one-off soft top designed to fit perfectly with the roll bar was added.

The Blazer now rides 1″ higher on 17” Circle Racing wheels with BF Goodrich All-Terrain tires – specifically chosen as the client who ordered this Chevy is planning to use it to explore beaches and sandy back roads along the Florida coast – this is why it was nicknamed the “Seaker”. 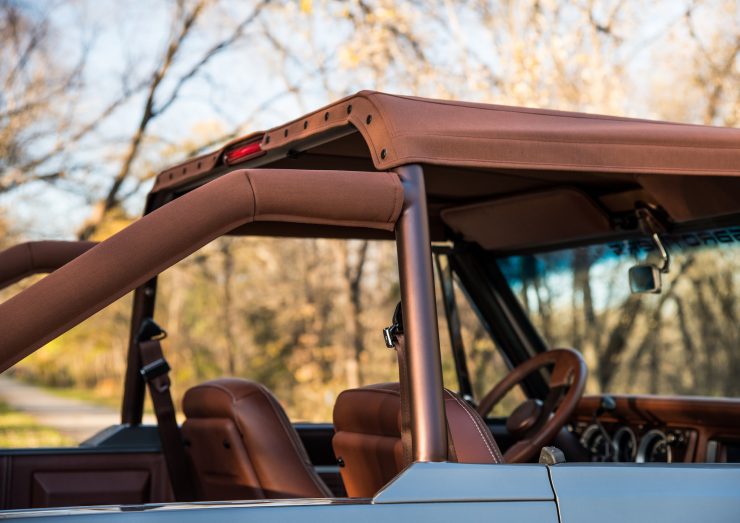 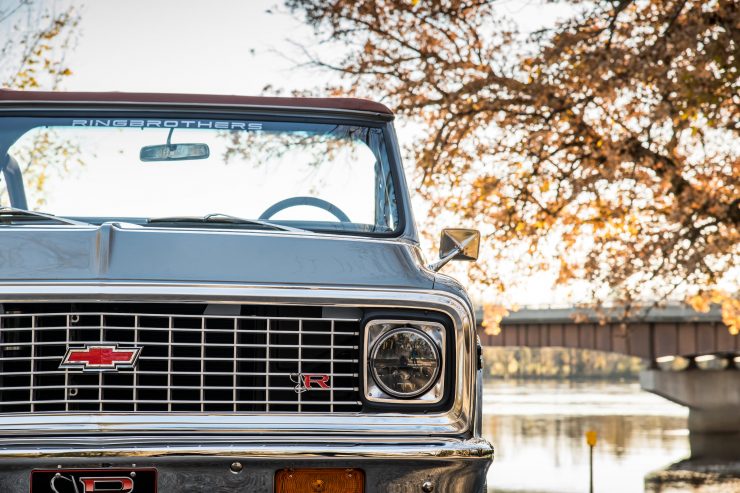 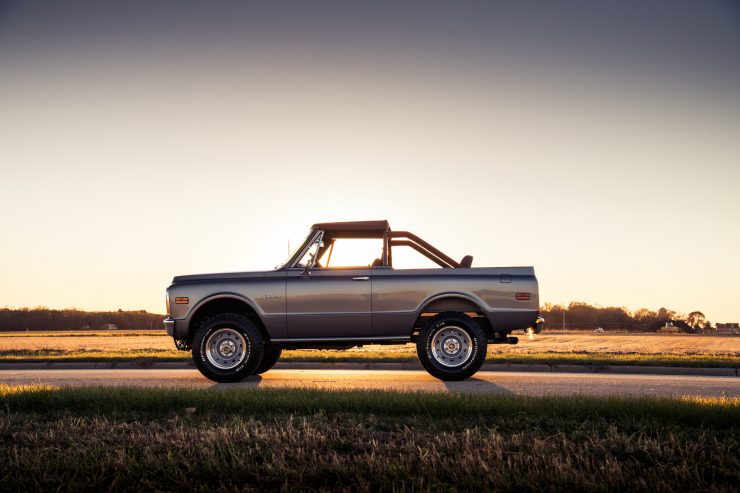 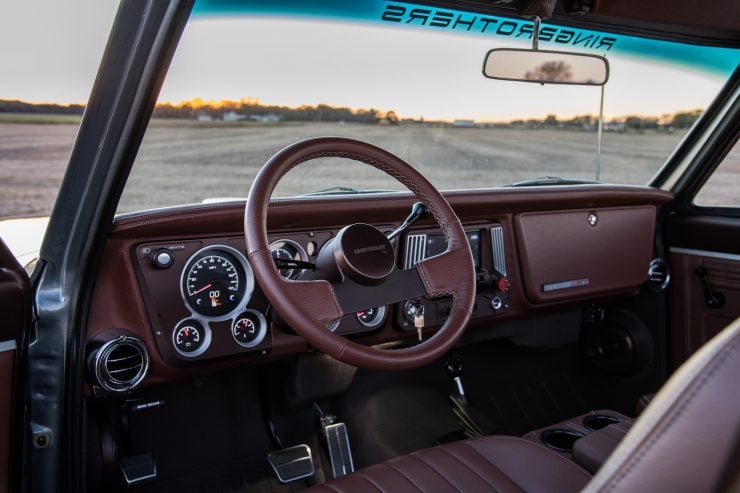 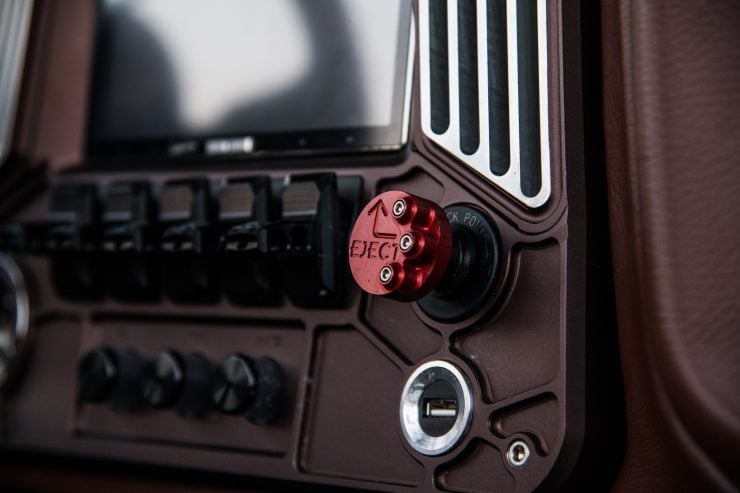 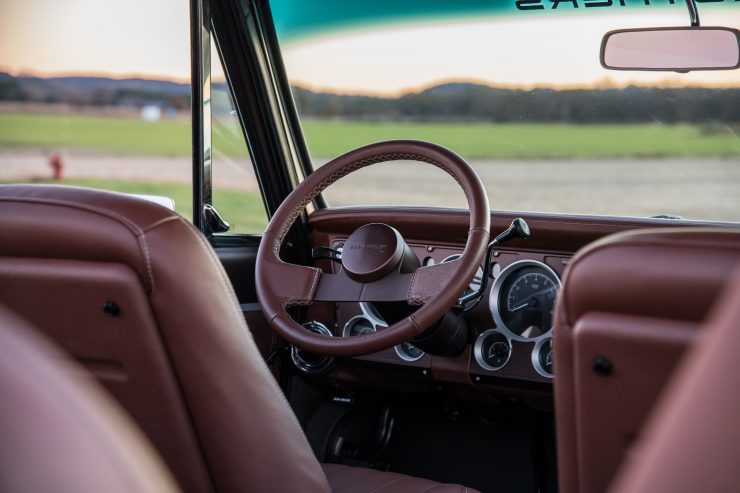 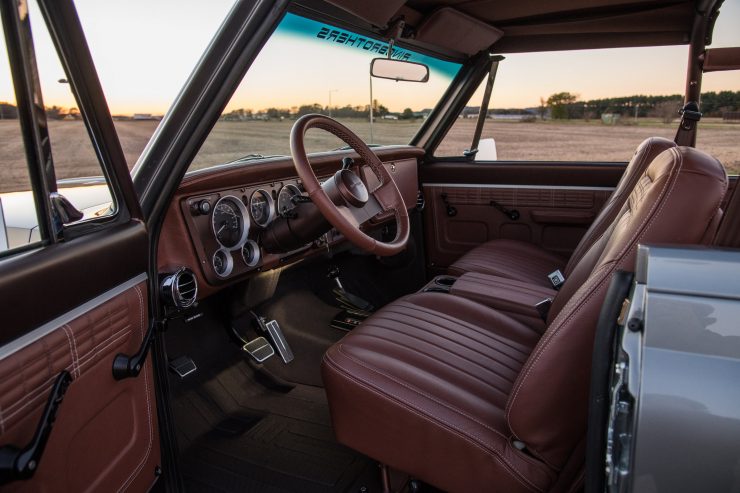 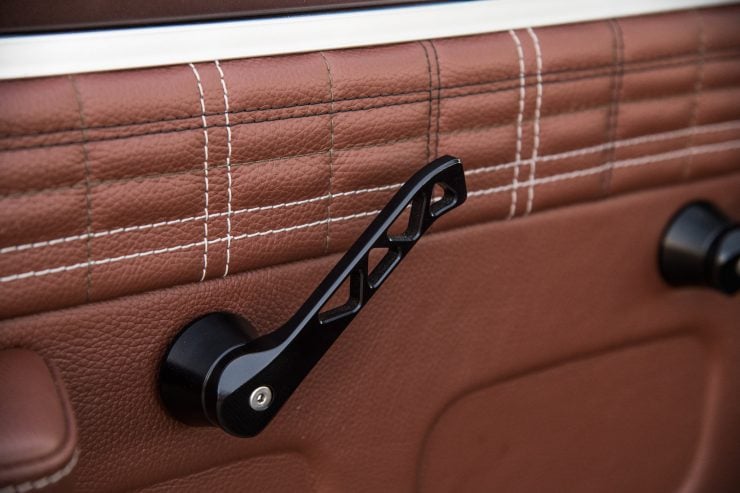 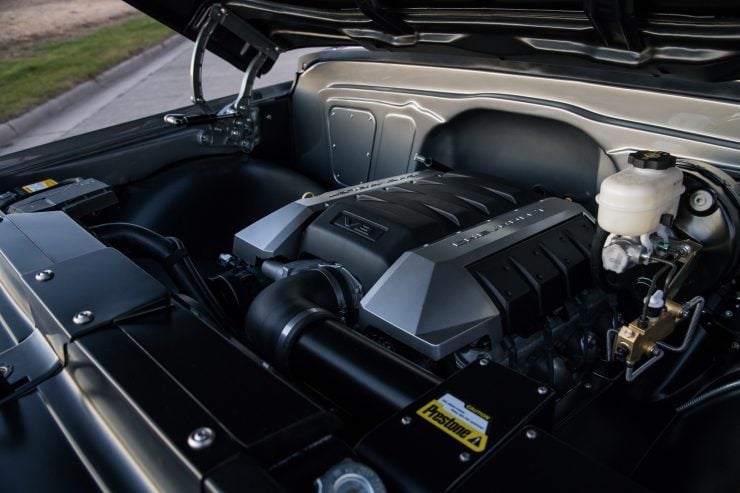 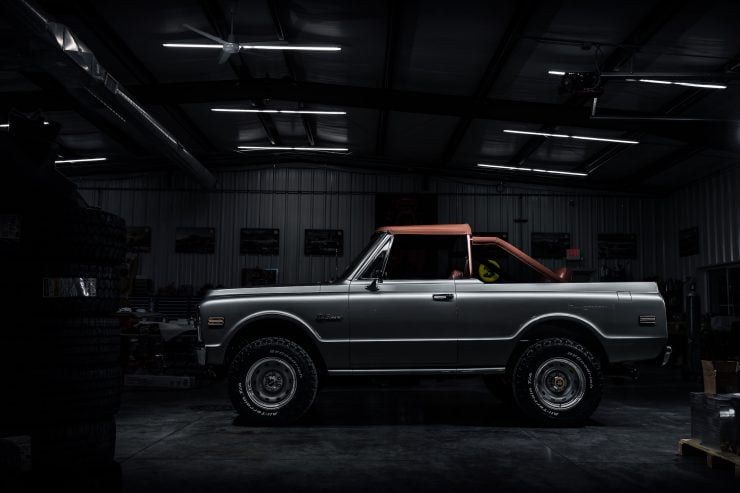 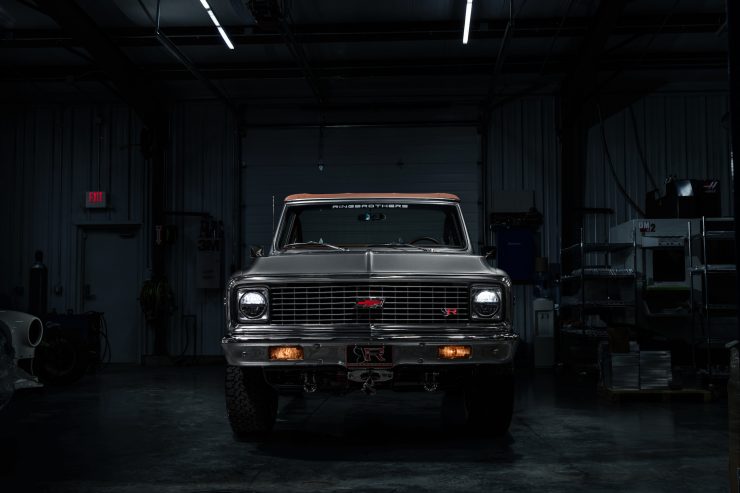 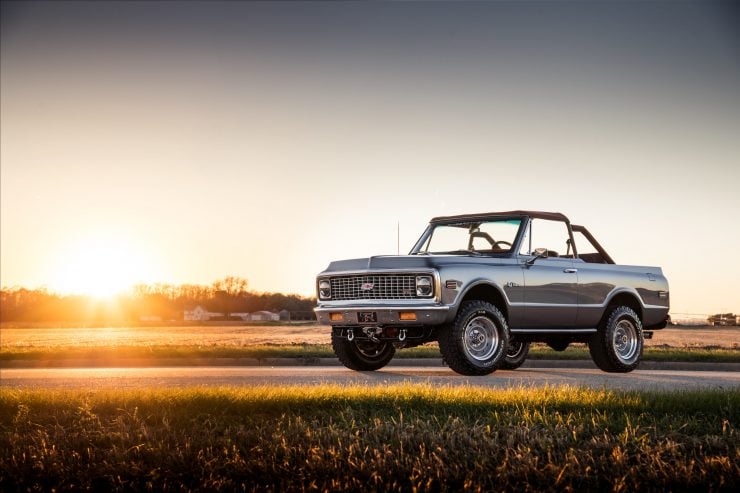 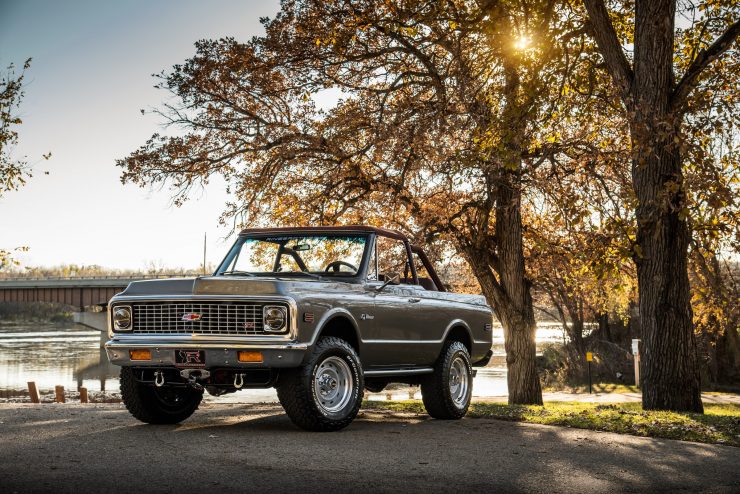 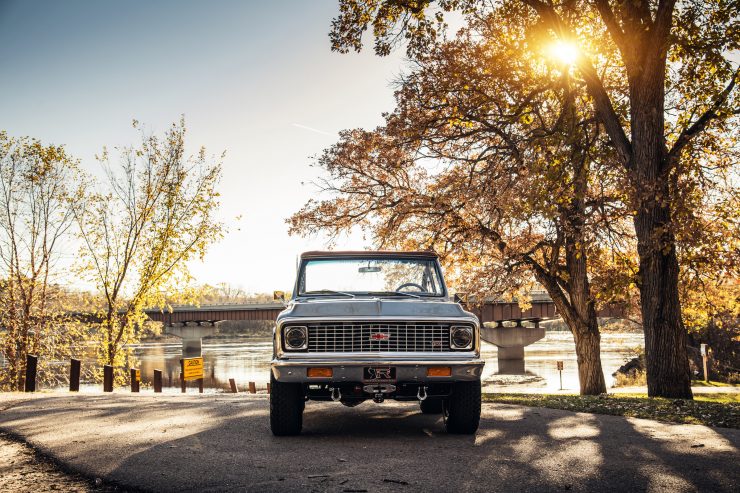 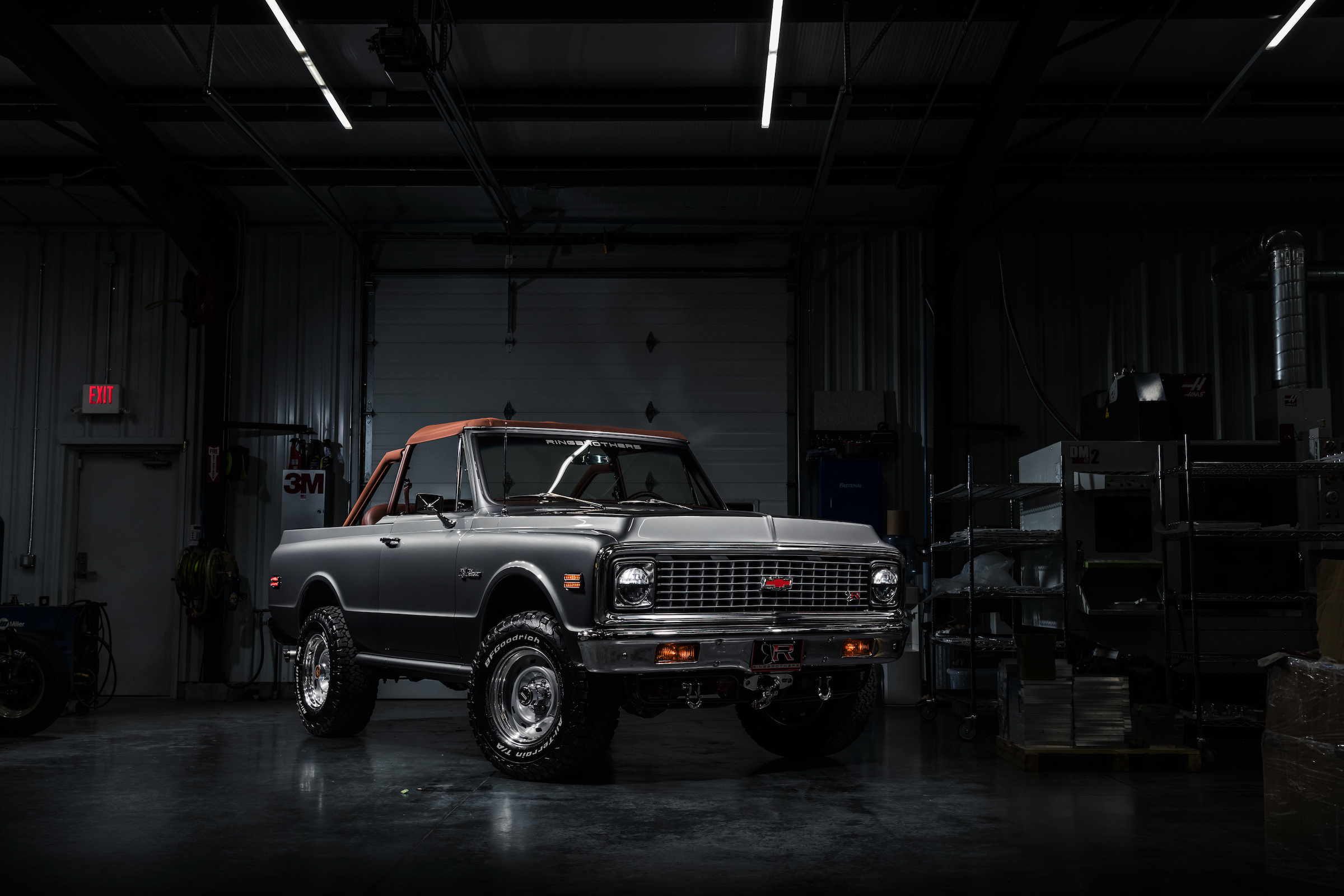