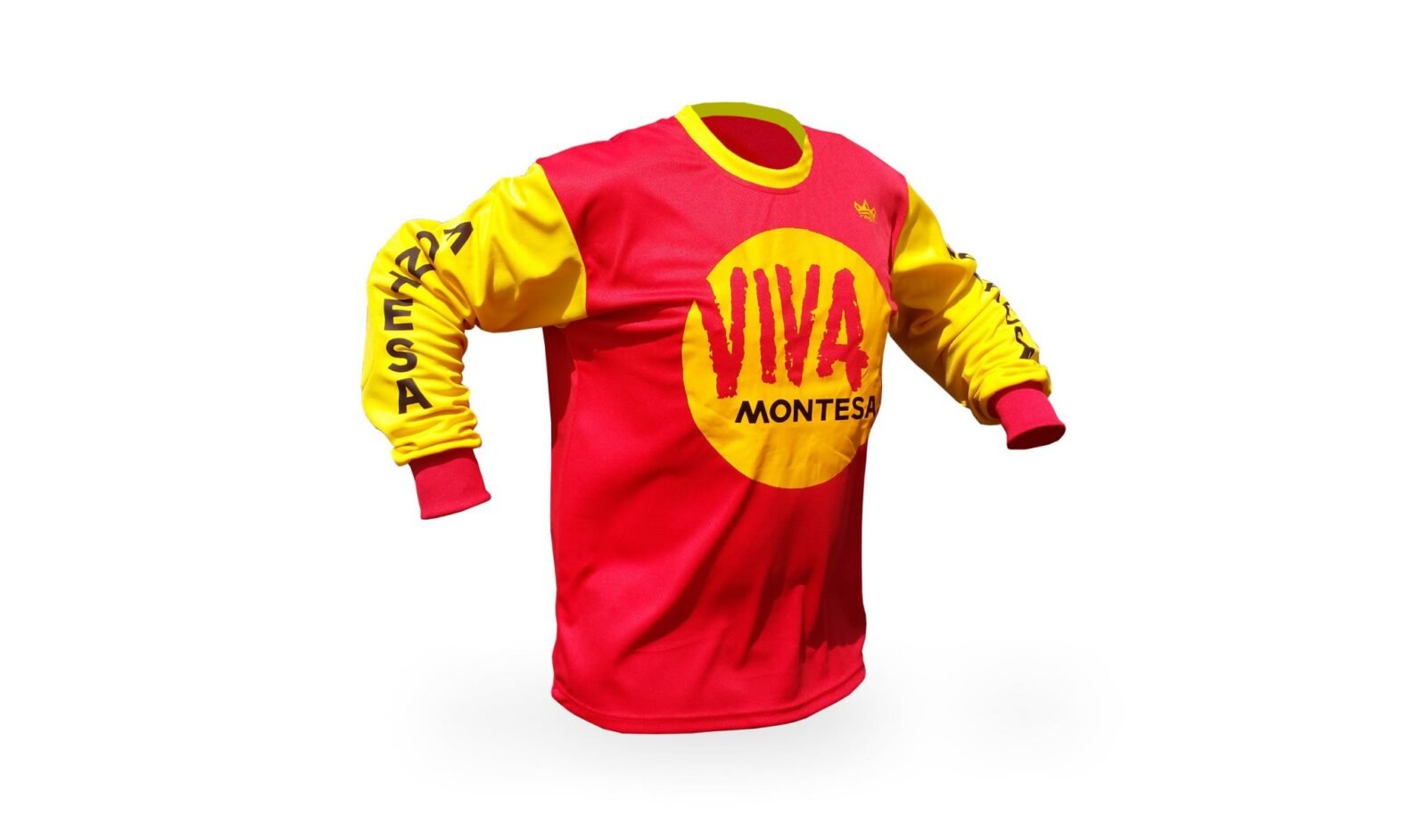 Montesa was started in 1944 by two Spanish friends – Pedro Permanyer and Francisco Xavier “Paco” Bultó. Although they initially began using engines from other manufacturers they quickly began to develop their own power units, and their bikes were developed into some of the most competitive MX bikes in Europe.

This motocross jersey by Reign VMX is made from micro-birdseye vented, moisture wicking polyester fabric to keep you cool on warmer days, it includes the period-correct padded elbows, a drop-tail cut in the back to keep your jersey tucked in, and a wide cuff design that allows you to push the sleeves up your forearm. 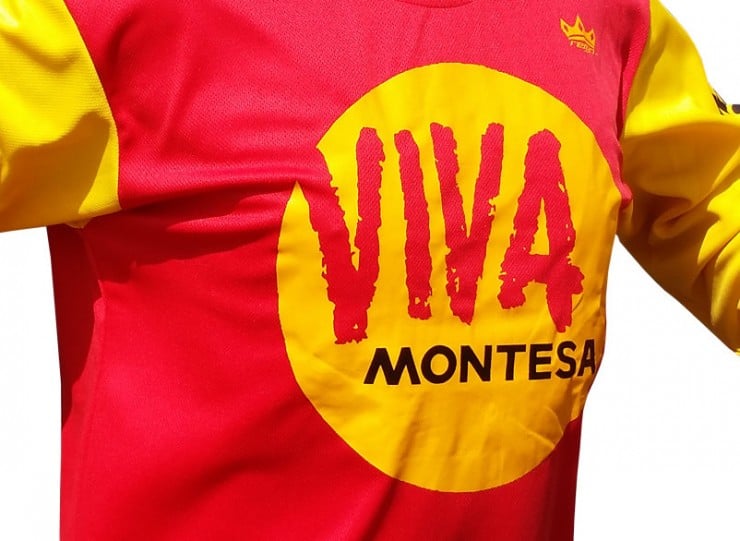 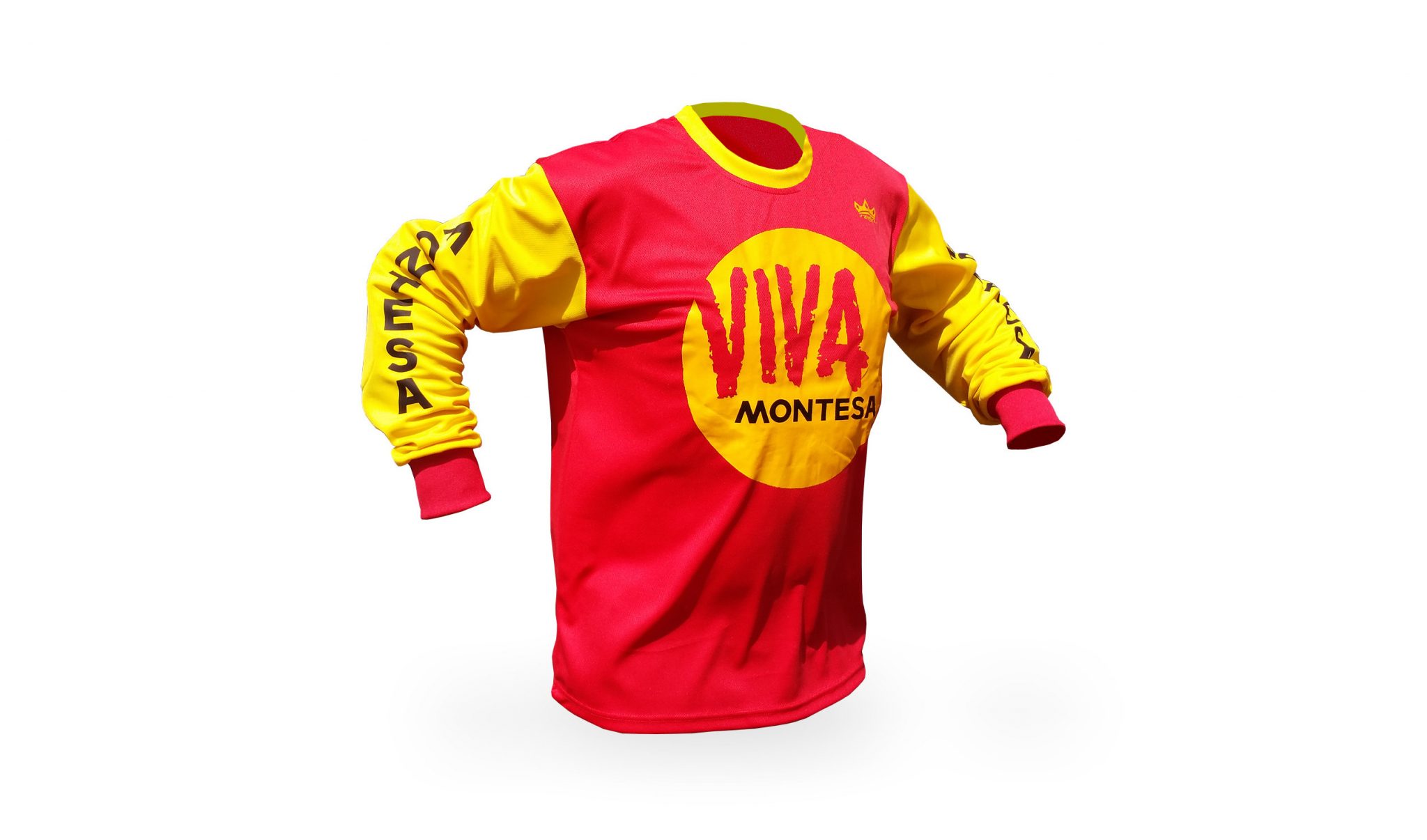