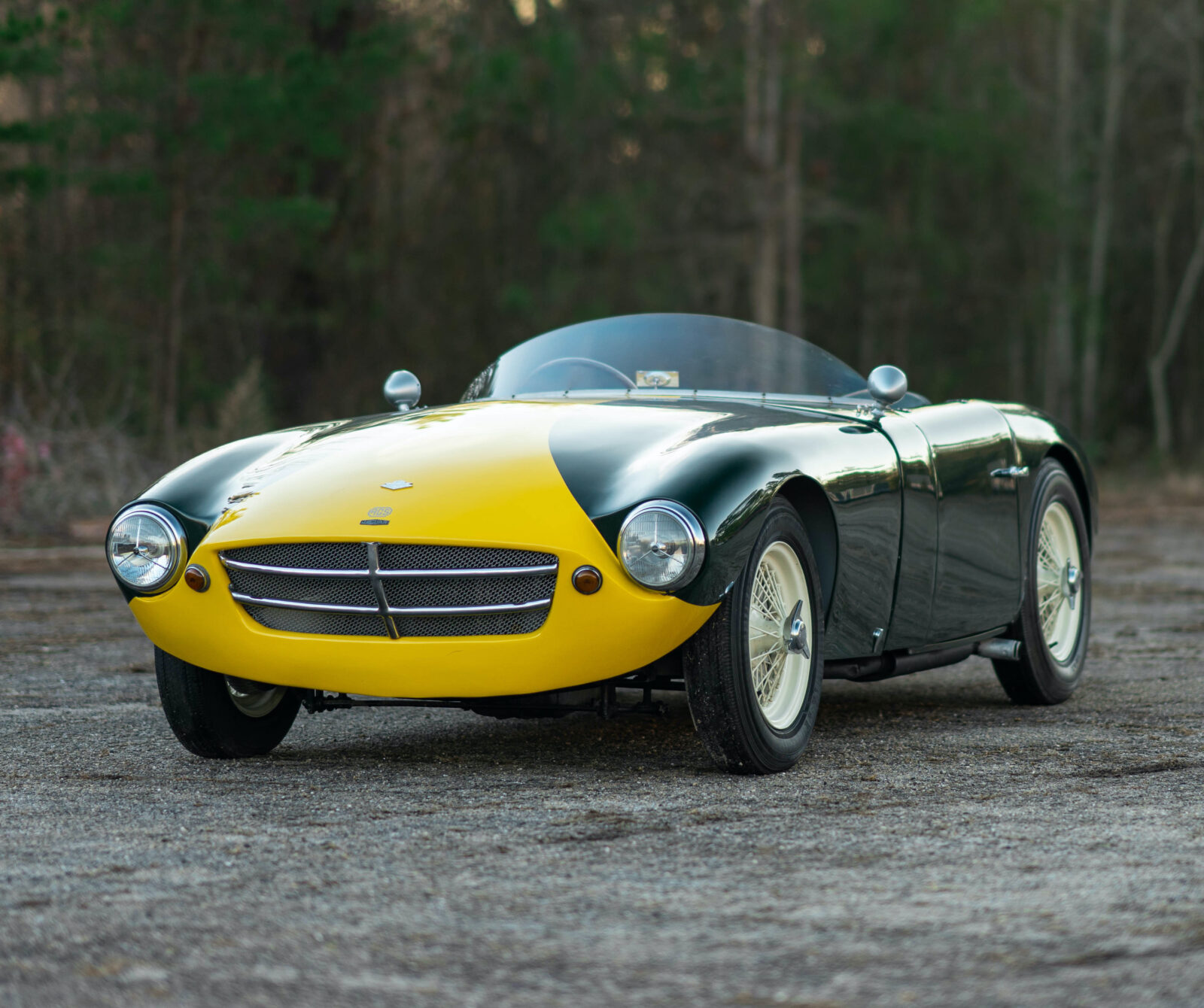 This is an original RGS Atalanta, if you’ve never seen one before that’s because it’s believed that only 11 were originally built in England back in the 1950s.

The 50s were a time of astonishingly rapid development in the automotive world, with WWII over there were many men (and women) who had been trained in mechanical and engineering trades, and many of them applied this training to the development of fast cars and motorcycles.

One of these men was Major Richard G. Shattock, a retired member of the British Army and a former tank driver. Before the outbreak of WWII Shattock had been a keen motorsport enthusiast and had raced an Austin Ulster, after the war he bought the rights to the defunct Atalanta Motor Company and set to work designing a new car from the ground up.

Atalanta had originally been founded in 1937 by Alfred Gough, a brilliant engineer who had designed an advanced overhead-camshaft, three-valve engine for Frazer Nash. With Atalanta he set about designing his own car, he was joined by fellow Fraser Nash alumni and talented draughtsman Peter Crosby.

The project was funded by the well-heeled Peter Whitehead and Neil Watson, Whitehead would go on to become a 24 Hours of Le Mans winner and Watson was the heir to the Burma Oils fortune. The company’s first car was unveiled in 1937 and immediately established itself as one of the most advanced British cars of its era.

The Atalanta made use of a slew of advanced alloys like electron, duralumin, and hiduminium, and later in production a car was offered with the popular 4.3 litre V12 engine from the Lincoln Zephyr. Sadly the company was shuttered after just 20 cars had been built, surviving Atalantas from this era are now highly sought after.

After the Second World War the Atalanta name was purchased by Richard G. Shattock who then added his initials to the newly relaunched company’s first model – the RGS Atalanta. 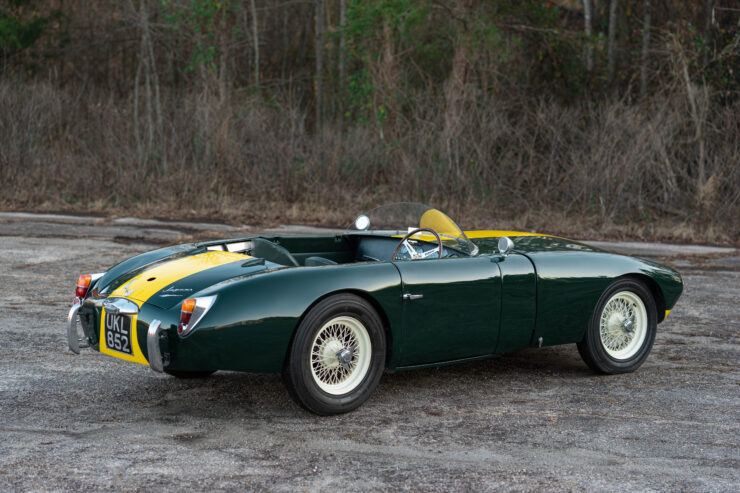 Shattock was faithful to the engineering prowess that had gone into the first car to carry the company name back in 1937. He developed his own tubular steel chassis and he designed a fully independent suspension set up for the car just like its forebear.

When it came time to fit an engine Shattock choose a Jaguar XK120 straight-six for the car you see here – the XK120 had been the world’s fastest production car at the time of its launch in 1949, just four years before this car was built.

There were two ways to get yourself into an RGS Atalanta, one was to buy a completed car from the workshop and the other was to order just the parts you needed that you couldn’t make yourself – things like the body and suspension.

It’s generally believed that just 11 cars were built by Shattock and his team, though a slew of bodies and other components had been sold to buyers around the country, some of the resulting cars were powered by engines from Lea-Francis, Ford, Jaguar, and even Aston Martin.

The car you see here is thought to be just the third one ever built at the workshop, its early life is a bit of a mystery however it may have been used for racing. It was road registered in 1955, and fitted with a full windscreen, folding top, and side screens to make road use more manageable.

The car is powered by the above mentioned DOHC XK120 engine with a swept capacity of 3,442cc, it’s fitted with triple SU carburetors and sends its 160 bhp to the rear wheels via a 4-speed manual transmission. The weight isn’t listed however with its alloy body and lightweight construction it will doubtless be a featherweight.

The car is fitted with a 16 quart engine sump, Alfin aluminum brake drums, alloy rear differential, and a cylinder head with larger valves. The car has now been on static display for many years and will require a recommissioning before any driving is attempted. For the right buyer it could make an ideal classic addition to the garage that many won’t recognize and very few will have seen before.

If you’d like to read more about the car or register to bid you can click here to visit the listing on Bonhams, it’s due to roll across the auction block in May with a price guide of $300,000 to $500,000 USD. 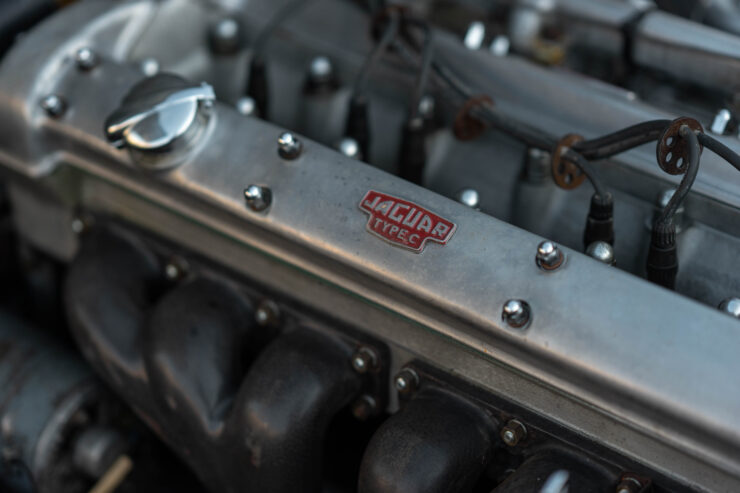 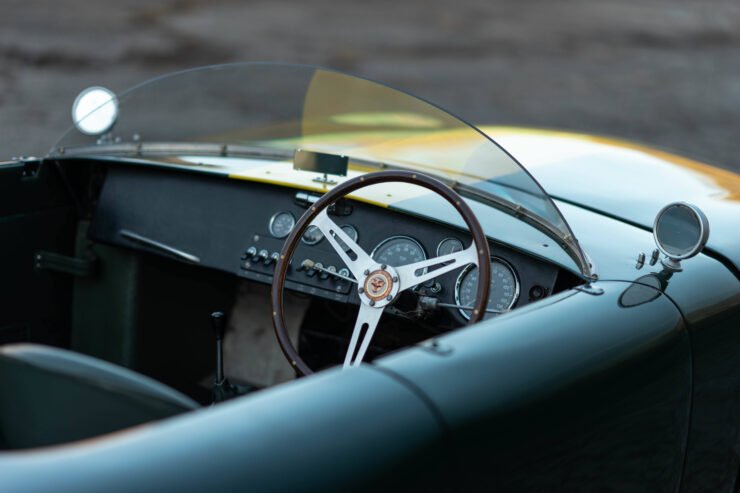 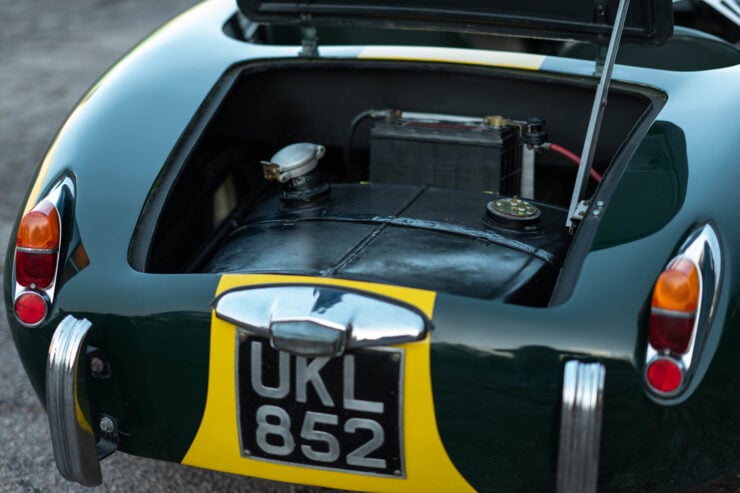 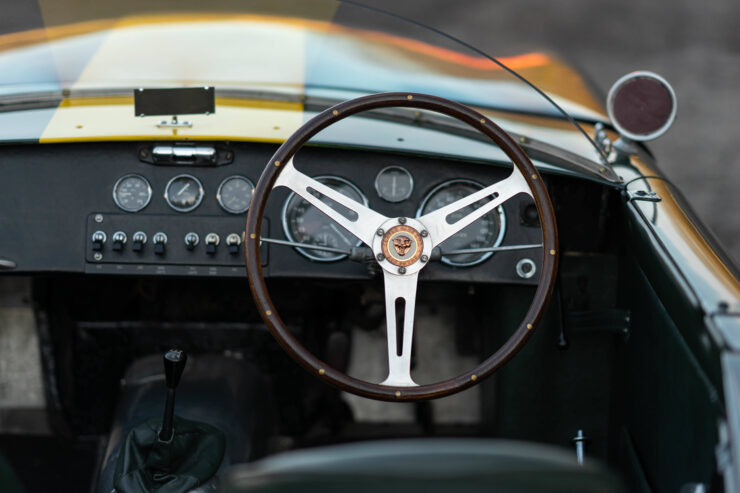 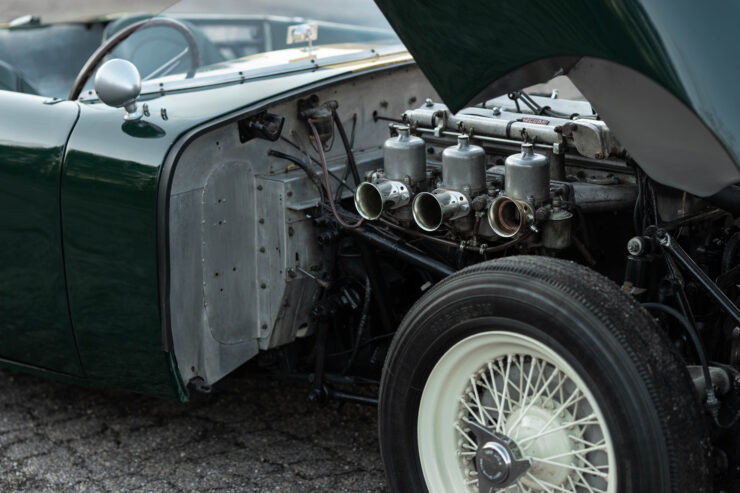 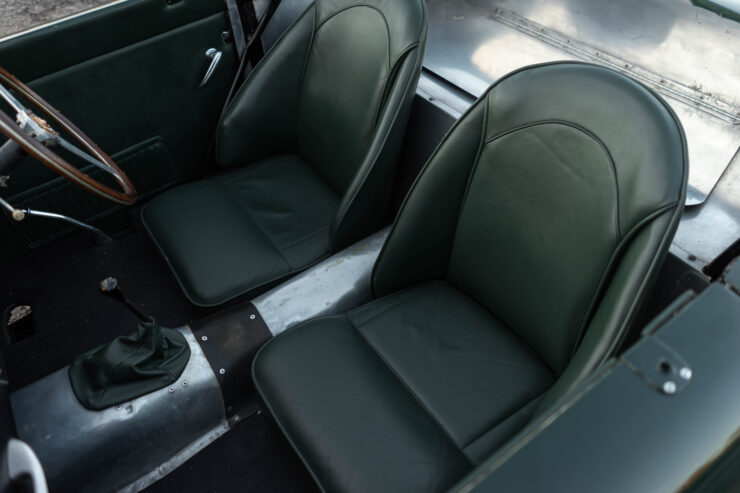 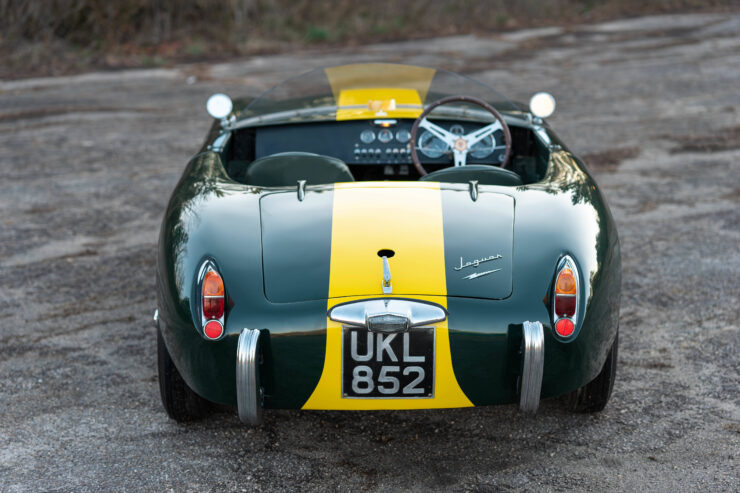 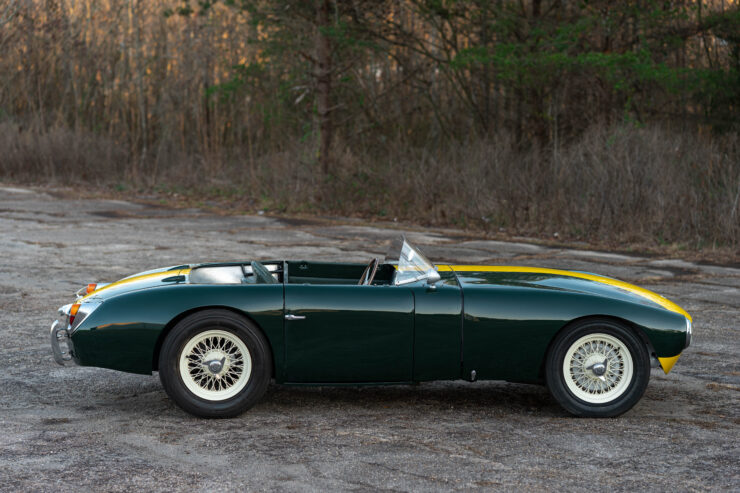 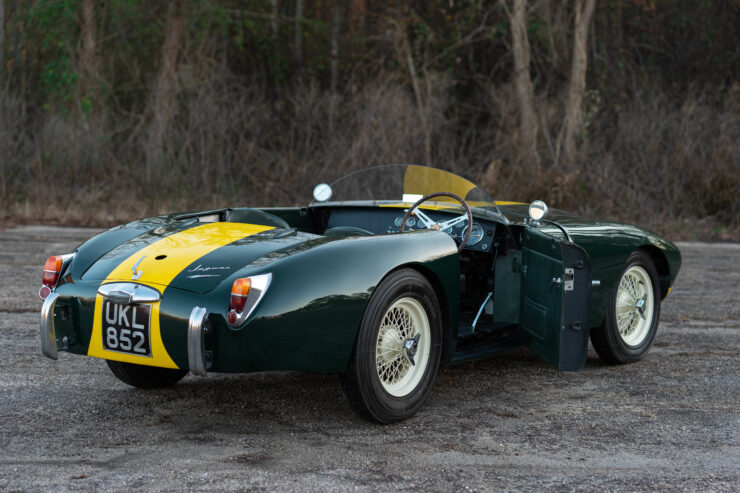 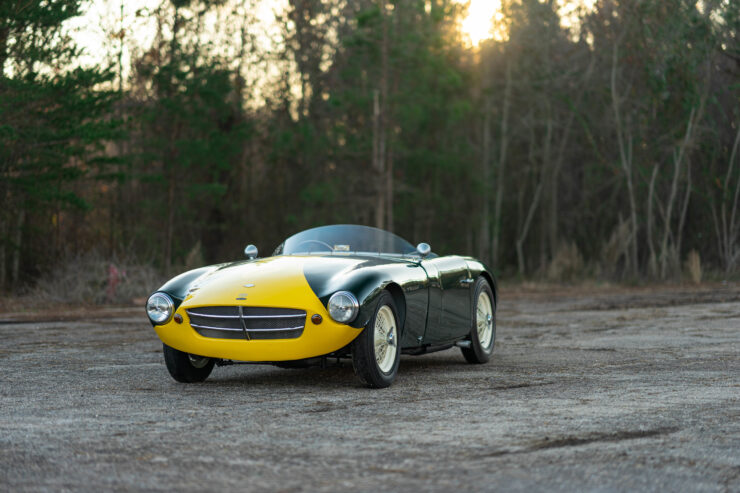 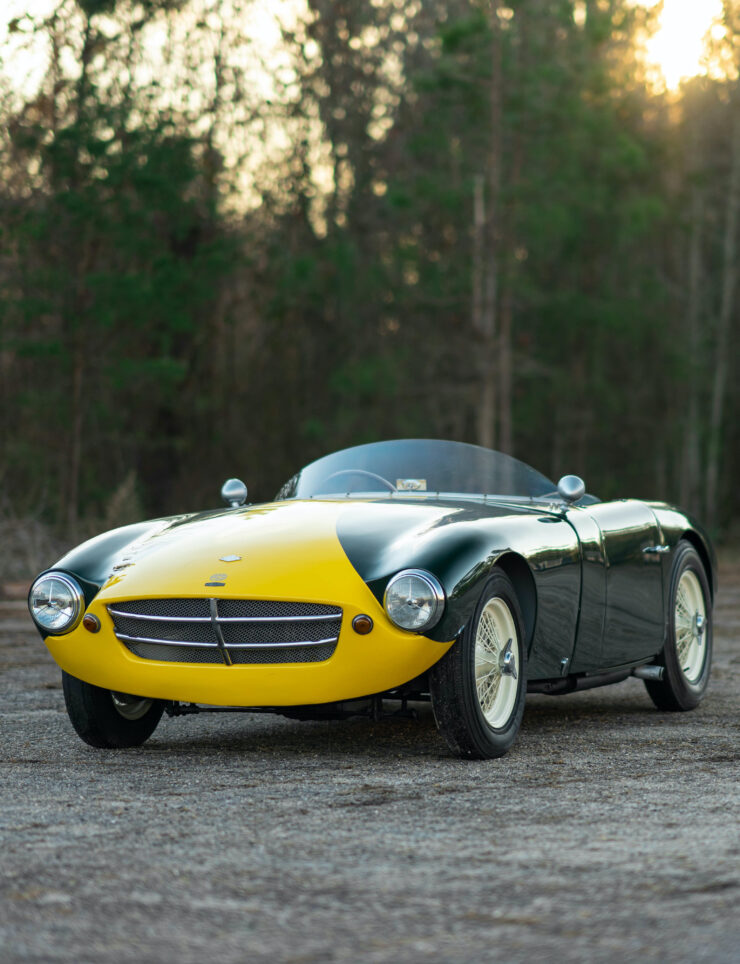 Published by Ben Branch - May 22nd 2021
Related Posts
For Sale: An Aston Martin-Built DB5 Stunt Car From James Bond’s “No Time To Die”