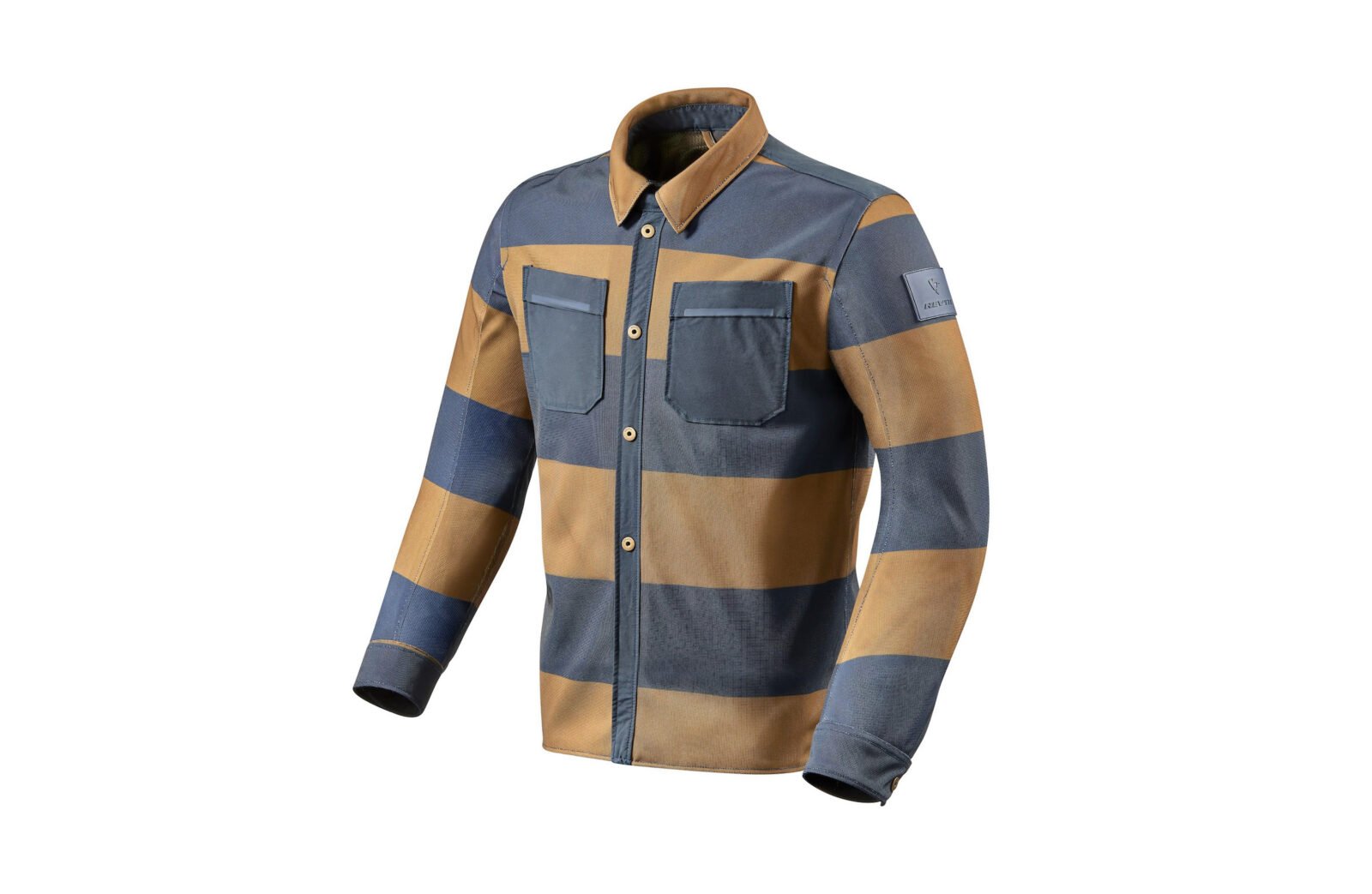 The new REV’IT Tracer Air Riding Shirt has a main chassis of heavy-duty PWR mesh – a tightly woven mesh that looks like a solid textile, but it allows air to move through it freely. It has low-profile CE level 1 armor in the elbows and shoulders to absorb impacts, and there’s a pocket for an optional Seesoft back protector (Type RV).

Riders who live in the tropics and in locations with witheringly hot summers often have to choose between safety and comfort. Even relatively thin and light motorcycle jackets can be crushingly hot when the temperature and humidity climbs, as a result we’ve seen lightweight mesh motorcycle jackets becoming more and more popular.

Mesh jackets provide both abrasion and impact resistance (if fitted with armor), and they’re far superior to the t-shirts and singlets you’ll see some using as riding gear. This new shirt from REV’IT! take the mesh jacket one step further by turning it into an armored over shirt, rather than just using mesh panels the Tracer Air Riding Shirt has 360º mesh used all over, allowing maximum airflow.

For added safety there’s a short connection zipper and belt loop that can be attached to jeans. Reflective panels are welded to the fabric, eliminating seams and improving visibility when riding at night.

The shirt also features triple needle stitching and it has two front chest pockets, one internal pocket, and you can choose between either green or blue/brown striped colorways. 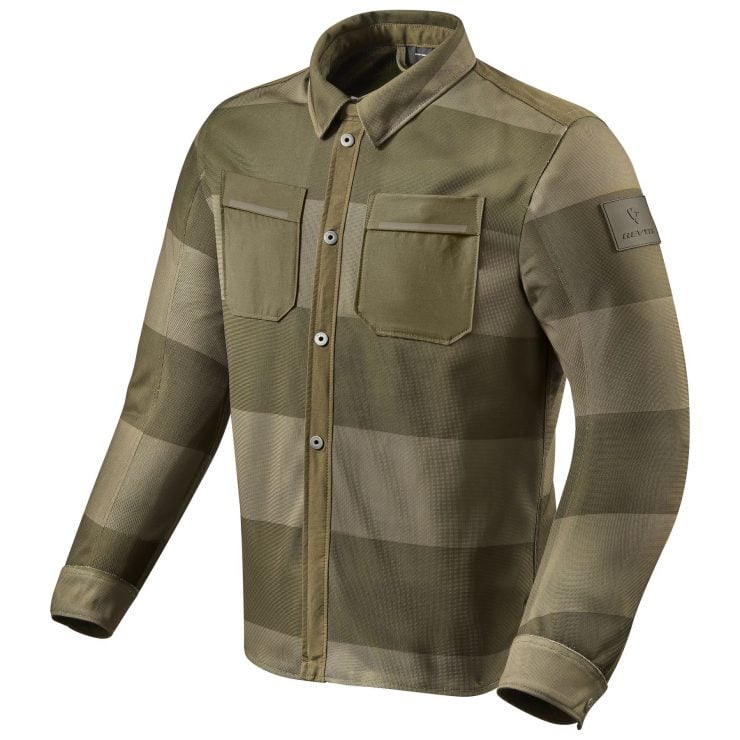 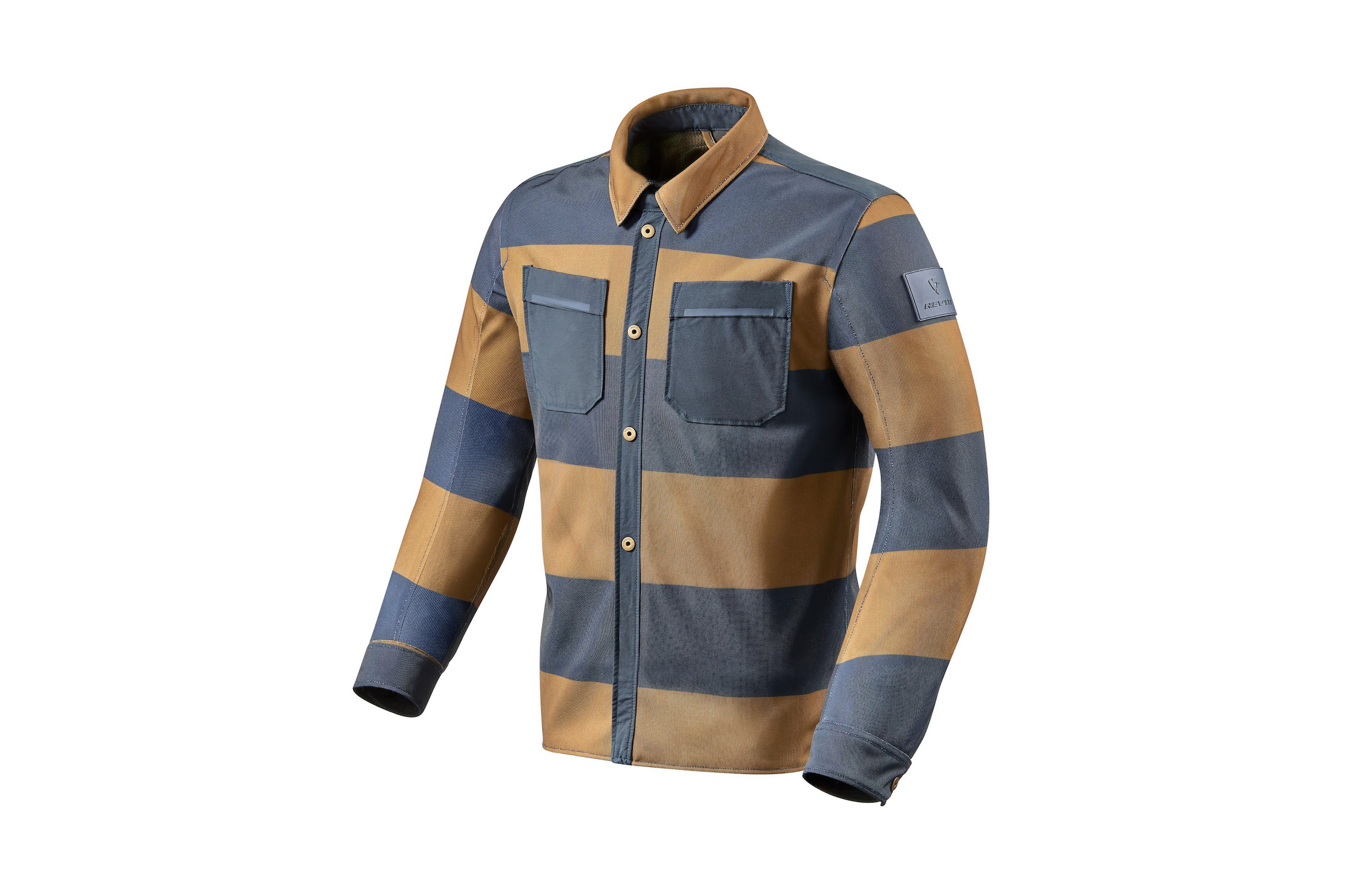