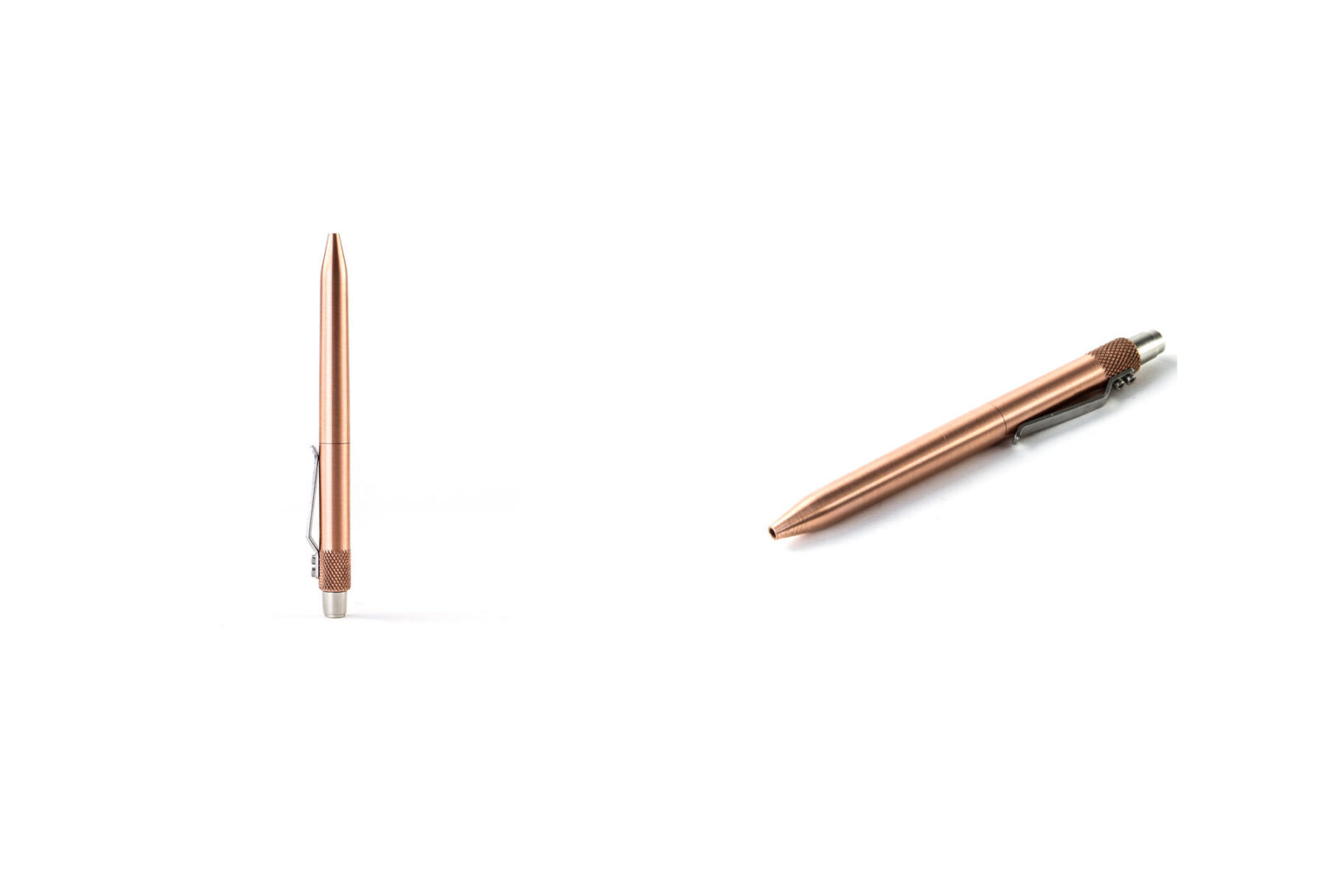 Retrakt was designed by Karas Kustoms to be the last pen you’ll ever buy, it’s made from 100% pure copper in Arizona and they take the easy-to-obtain Pilot G2 ink refills.

Each Retrakt has a metal click-in/click-out system, a stainless steel clip and measures in at 5.625 inches long with a weight of 2.5 ounces. The all-metal construction makes this the perfect garage pen, it’ll keep working no matter how much oil, grease, gasoline and beer you get on it. 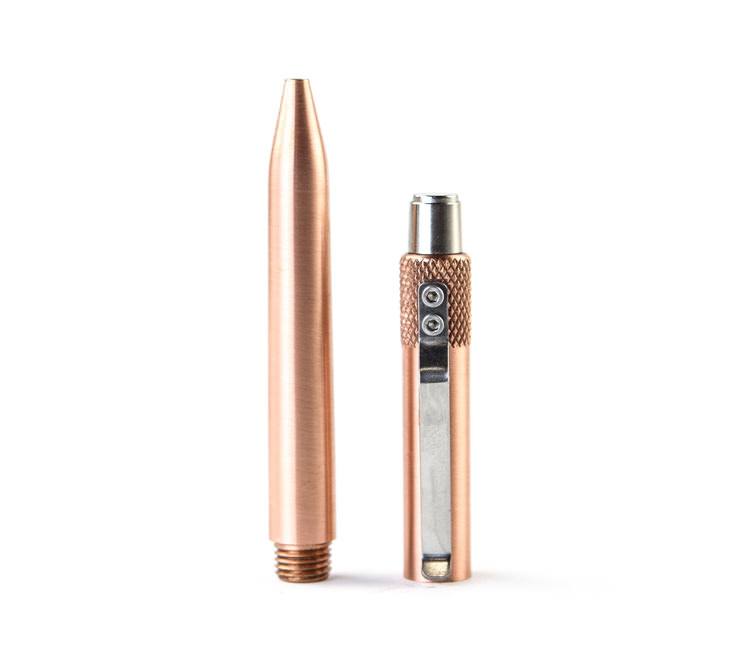