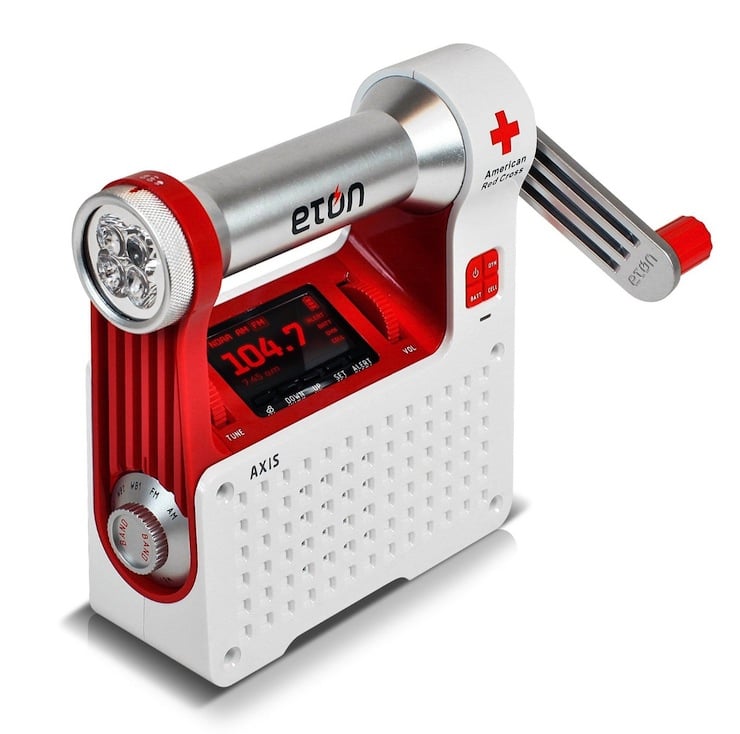 If the electricity running into your house stopped tomorrow, what would you do? Obviously you’d need to drink the beer in the fridge before it got warm, but after that you might want to find out what’s going on, which is where this AM/FM radio comes into play.

The Red Cross Safety Hub by Eton has a handcrank on the side that allows you to charge it manually, you can also plug your Apple/Android phone or tablet into it and charge them directly from the crank. It’s equipped with an AM/FM/NOAA weather radio receiver as well as a flashlight, USB charger (to charge other devices), aluminium handcrank and red LED beacon. 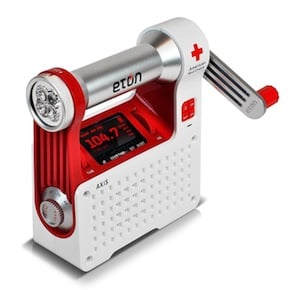