The Five Brough Superiors of the Villa Erba Sale 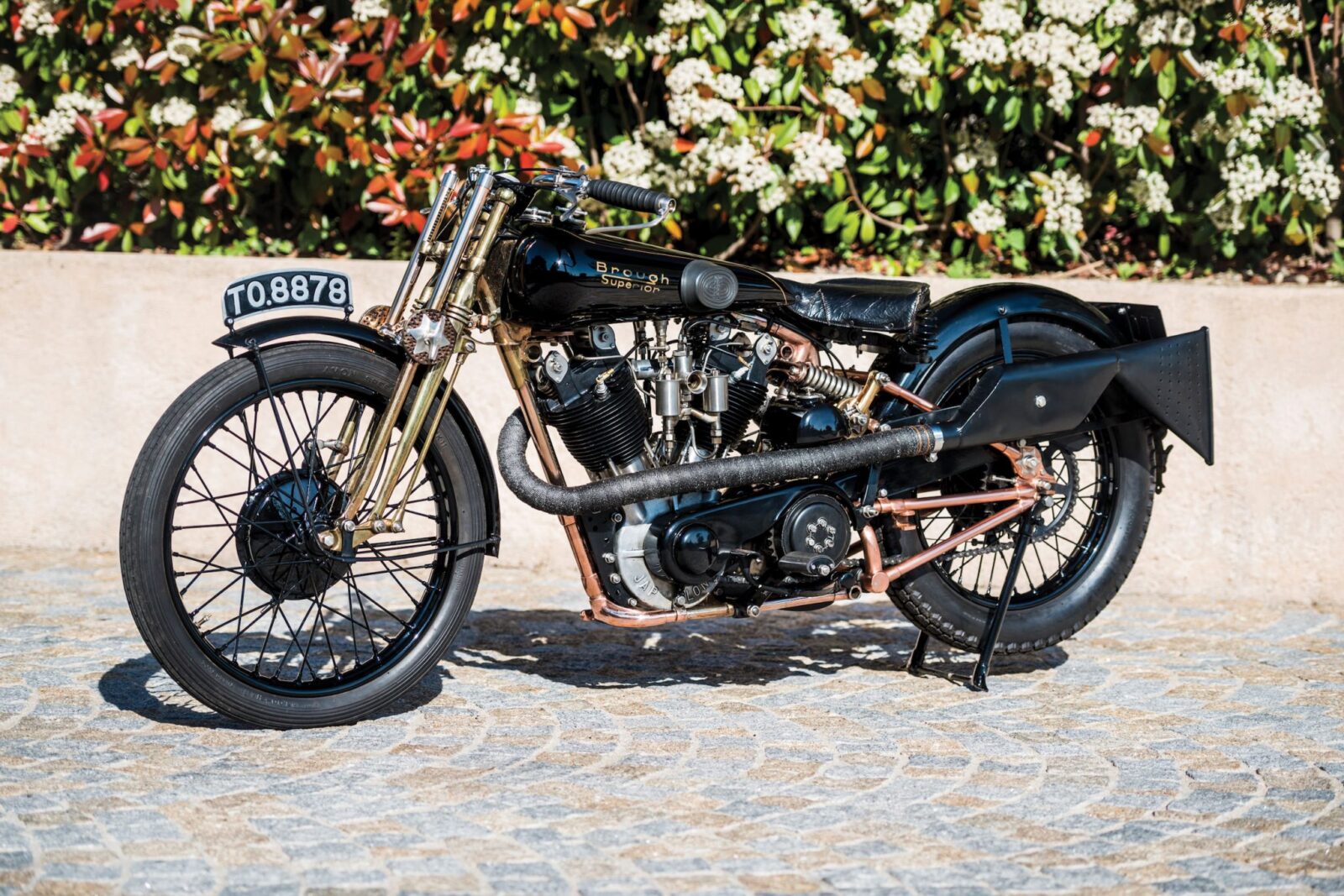 Brough Superior (pronounced “bruff superior”) was famously dubbed the “Rolls-Royce of Motorcycles” – a moniker that was unofficially endorsed by the British carmaker after a senior executive visited the factory and came away deeply impressed.

The two major model iterations built by Brough Superior were the SS80 and the SS100, the “SS” standing for “Super Sport” and the numerical designation referencing the factory guaranteed top speed. Each bike was tested by factory riders to verify it could exceed its guaranteed top speed before it left the factory, and each bike was personally certified by George Brough.

George famously liked to call his creations “atmosphere disturbers”, a perfect name for the machines he developed, which for a time were both the most expensive and the fastest production motorcycles in the world.

Brough Superior stayed in business from 1919 till 1940, and built approximately 3,048 motorcycles. Although it isn’t known exactly how many have survived to the modern day it’s thought that about 1/3 remain – though every now and then a Brough Superior is discovered in a barn or garden shed, much to the delight of the global motorcycle collector community. 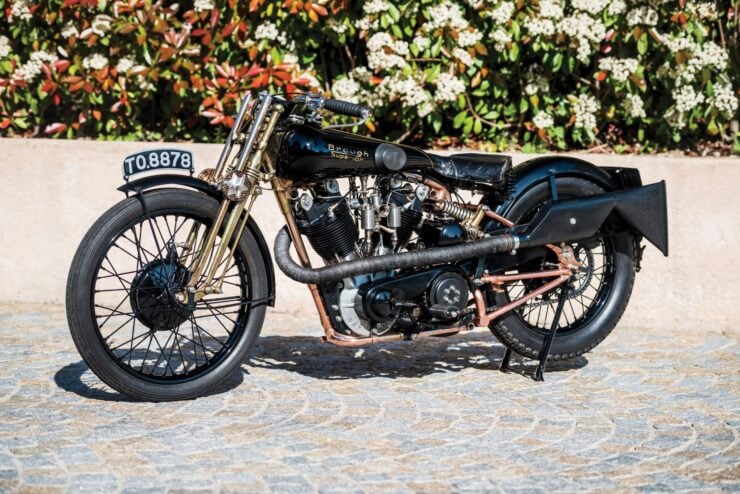 Some Brough Superiors, like this one, have become such icons that they’ve been given their own nicknames. Moby Dick is named for the white whale in the legendary book of the same name by Herman Melville, it was given the name as a reference to its engine – a mighty 65+ hp V-twin with special oversized pistons and cylinders, high-lift cams, an increased compression ratio, lightened valves, and twin Amal carburettors.

Producing 21 hp more than the already revolutionary SS100, Moby Dick was capable of a test top speed of 115 mph. It may have been capable of even more but the road was beginning to run out – and the bike was still fitted with stock brakes.

Hobb’s SS100 was given its nickname by Motor Cycling magazine tester Dennis May – though it’s unlikely he would have had any idea that his clever pseudonym would still be in use 90 years later.

In 1936 Moby Dick was sold to the Bilbé brothers who raced it extensively – with no small amount of success. The bike was tucked away safely through WWII and would later pass through the hands of a few owners, before landing in the ownership of Roger Bilbé, the son of one of the Bilbé brothers. Under Roger’s watchful eye Moby Dick was restored to original specification, and it’s remained in the careful ownership of marque enthusiasts since.

Click here to read more about Moby Dick or to register to bid. 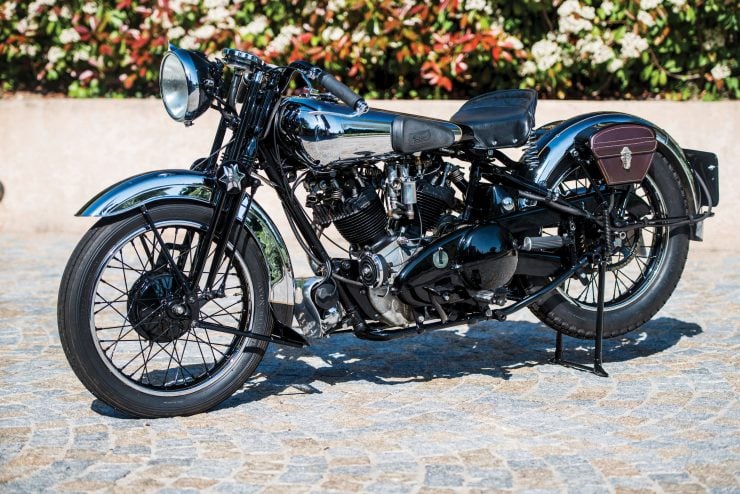 In 1935/36 George Brough made the decision to switch from J.A.P. V-twins (J. A. Prestwich) to Matchless V-twins, also of approximately 1000cc capacity. The Matchless unit was more modern and more reliable – but both of those statements are still the subject of much debate in Brough Superior circles. The additional refinement of the Matchless motor has meant that many potential Brough Superior buyers now seek them out, and all original examples like this one will tend to gather a crowd at motorcycle meets.

Not a lot is know about the history of this SS100, it’s a 1936 model that was discovered in Alabama of all places where it was bought by a Swiss Brough Superior collector. Fortunately it hadn’t been modified in any way, and it’s now being offered out of the private collection in excellent mechanical condition throughout. 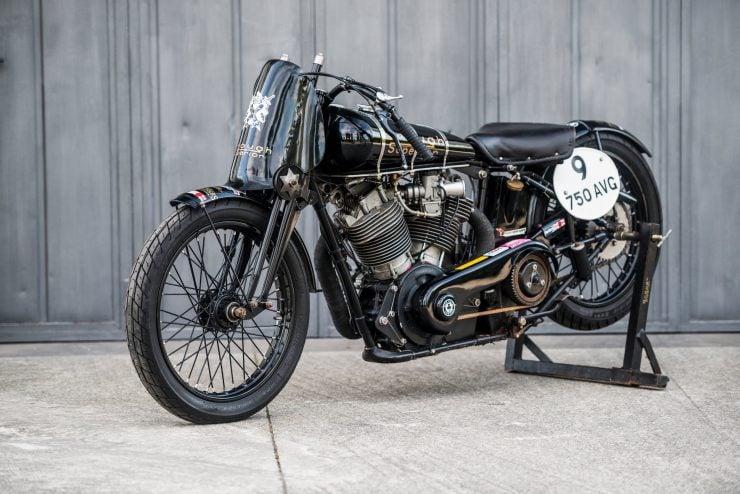 You didn’t misread the year, this Brough Superior really was built in 2011 – and not from NOS parts either. The rights to Brough Superior were bought by businessman Mark Upman and official continuation SS100s began production not long after.

Each of these new Broughs would be tailored to their owners in the same way as the originals, with prices in the $250,000 USD range. Mark decided to build one of these new bikes specifically for an assault on the Bonneville Salt Flats, it had a 750cc V-twin and a gearbox built specifically with the highest possible top speed in mind.

The team named this new bike the Baby Pendine, as a reference to the smaller engine capacity and the Pendine Sands in Wales, where a number of world speed record were set in the early part of the 20th century.

The team arrived in Bonneville in 2013, it would be piloted by riders Henry Cole and Alan Cathcart. The men achieved double FIM World Record titles in mile and kilometre, plus an AMA Record 750-A-VG, Baby Pendine also managed an AMA Record title in 750-A-VF.

Click here to read more about Baby Pendine or to register to bid. 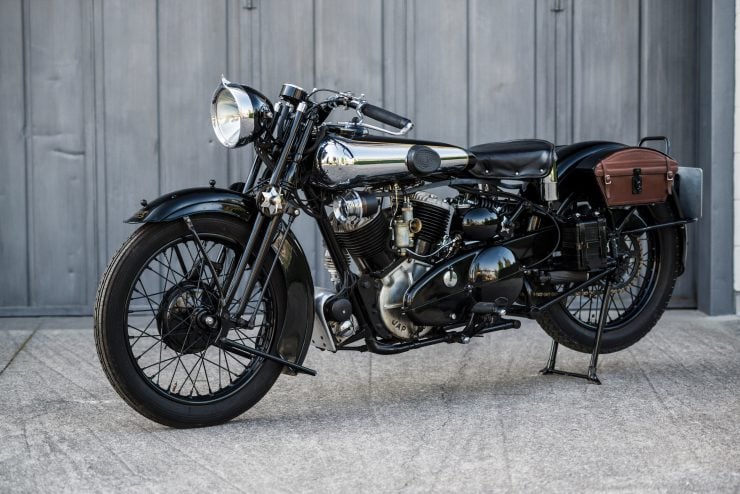 The SS80 was the first Brough Superior to bear the legendary “SS” badge, it was built from 1922 till 1940 – it had only been intended to be built till the arrival of the SS100 in 1924, but orders for the model were brisk, and many preferred its more common side valve engine.

George Brough himself was an avid racer, and he piloted his own modified SS80 to a new record at the Brooklands circuit – becoming the first person to lap the first purpose built motor racing track at over 100 mph. So dominant was the SS80 that it won 51 of the 52 races it entered – only losing one due to an unfortunate puncture.

Of all the SS80s, the best suited to touring the countryside (or the Continent) is the SS80 De Luxe – so named for its rear suspension, a rarity at the time, and for its bottom link forks, a rolling stand, twin pillion footrests, and an engine tuned to produce more power.

The SS80 you see here was delivered new to A. Briggs on the 5th of January 1933, its build sheet notes that both of its fish-tailed exhausts exited on the righthand side, and that it was fitted with twin silencers. Today the bike presents in original condition having benefited from a comprehensive restoration. 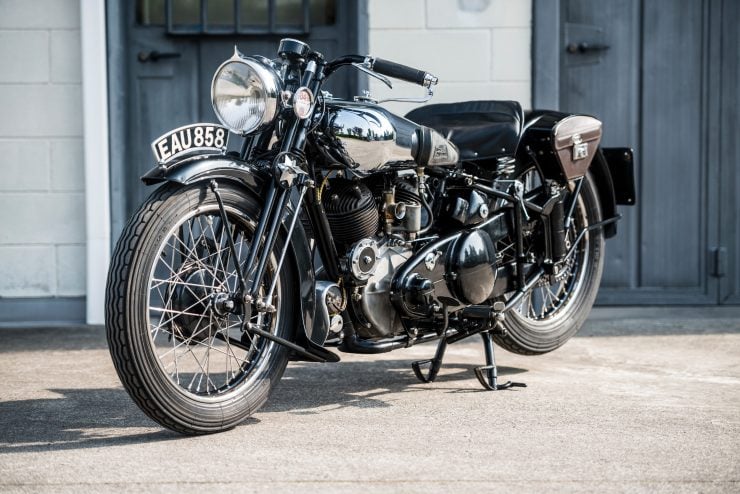 The first Brough Superior SS80s were fitted with the popular 988cc J.A.P. sidevalve engine but in 1935 they followed the SS100s into the Matchless stable – being fitted with the 982cc Matchless V-twin – a version of which was used in Matchless’ own Model X.

This 1938 SS80 is fitted with the later Matchless engine, cheerfully capable of 80 mph – a speed that may not seem all that astonishing now, but it was a blistering figure in the 1930s.

Somewhat incredibly the bike was re-registered on its original plate number from 1938 – EAU 858. It’s now presented in extraordinary original condition with its correct engine still fitted. As a De Luxe model it has full rear suspension and a more powerful engine – meaning it’s better suited to use in modern traffic, once you get used to the controls of course. 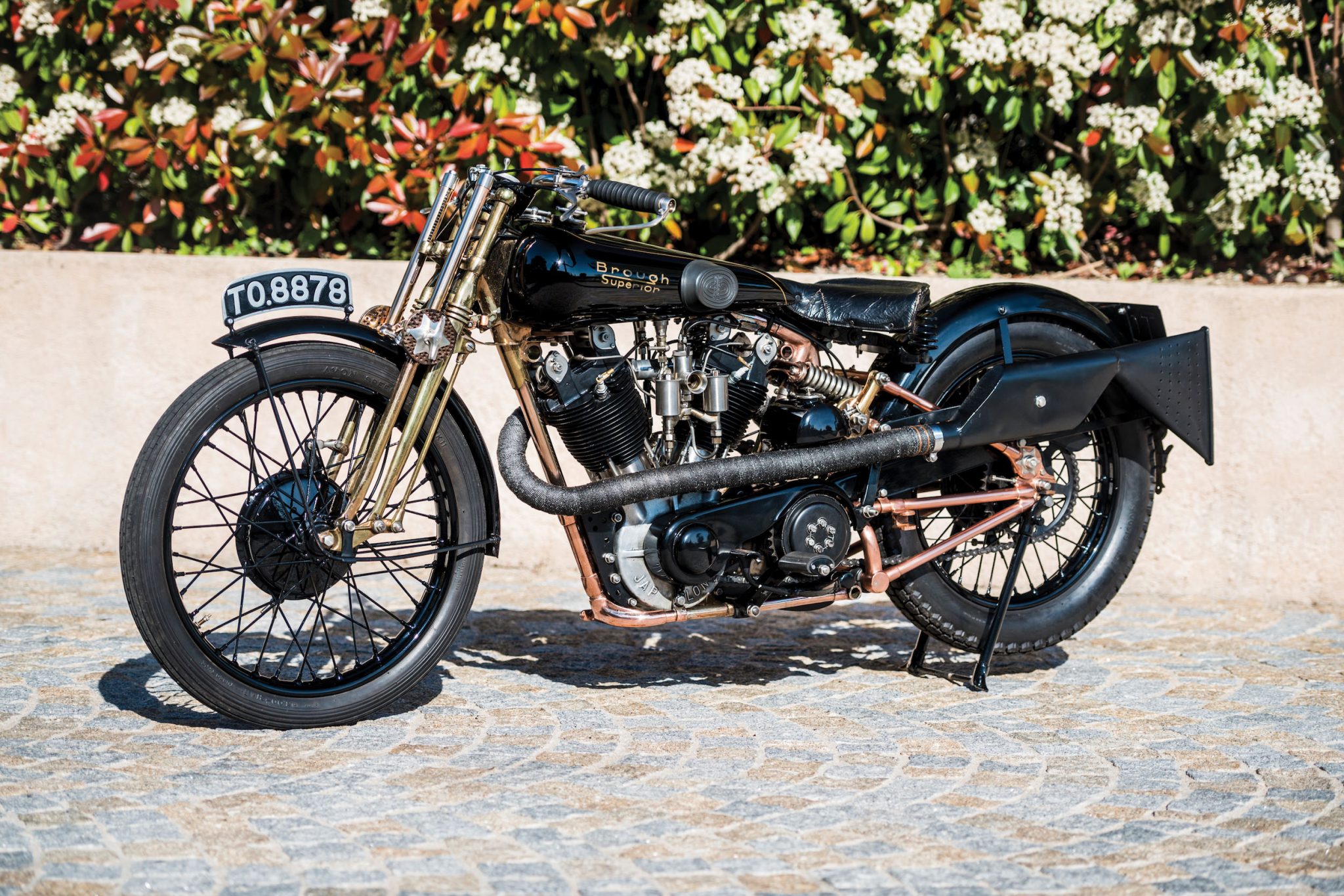