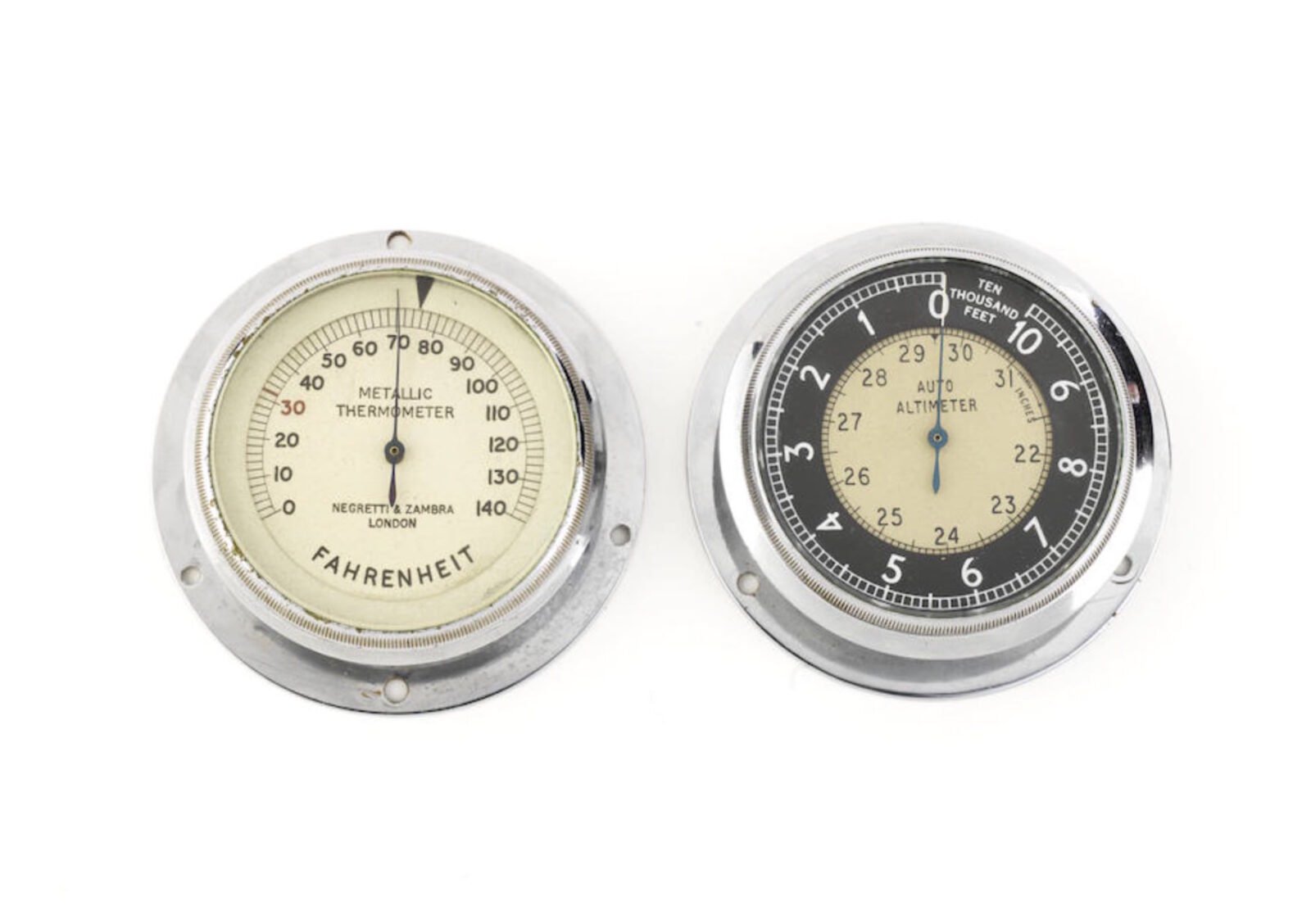 This matching pair of 1930s-era dashboard instruments were mounted to the dash of a long forgotten race car, as a way of tracking temperature and altitude – both measurements that would potentially require modifications to fuelling and spark timing.

Engine tweaks like this were mostly manual at the time of course, and some of the performance cars of the ’30s still had manual fuel pressure pumps that the driver or co-driver needed to remember to pump vigorously every few minutes – or the engine would splutter and die. 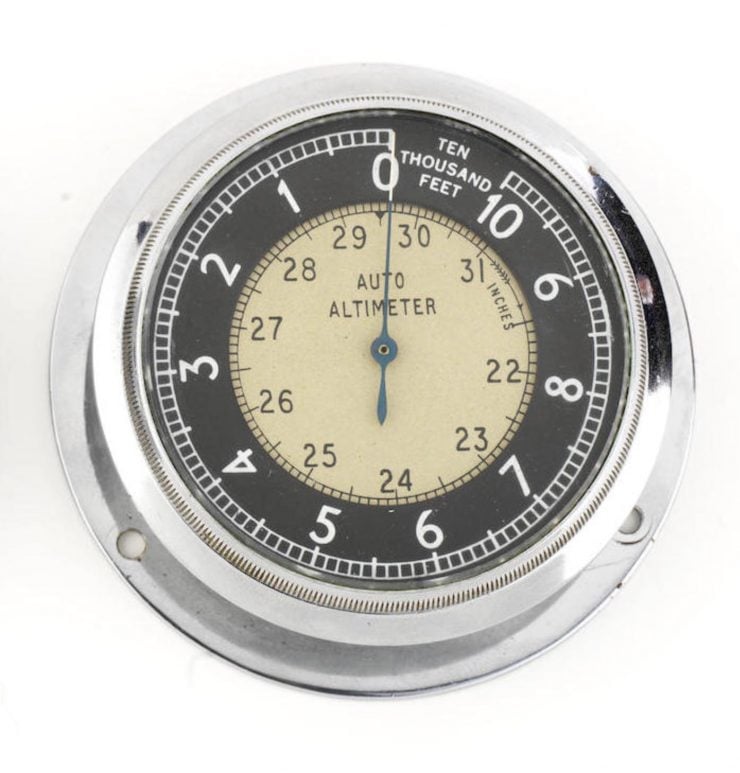 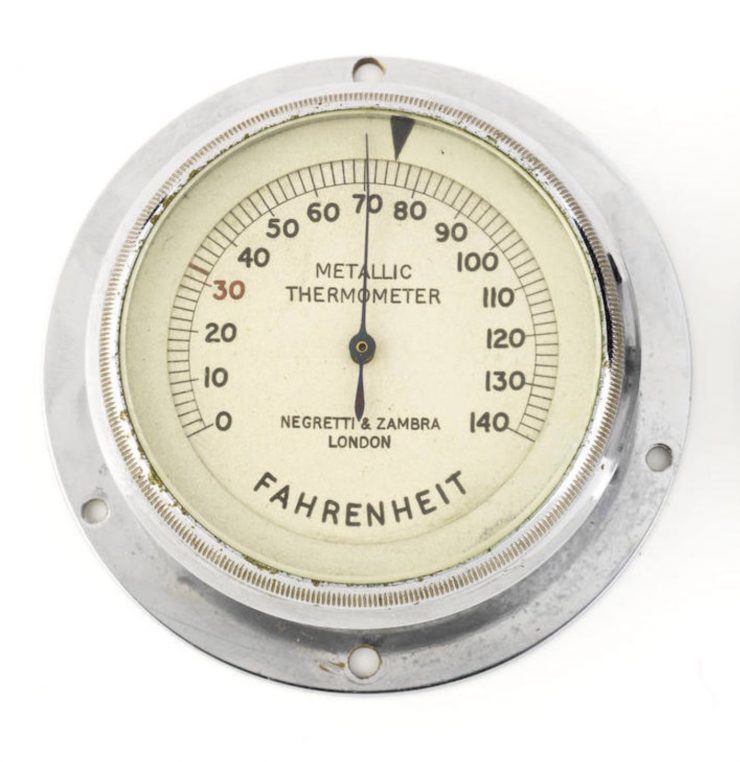