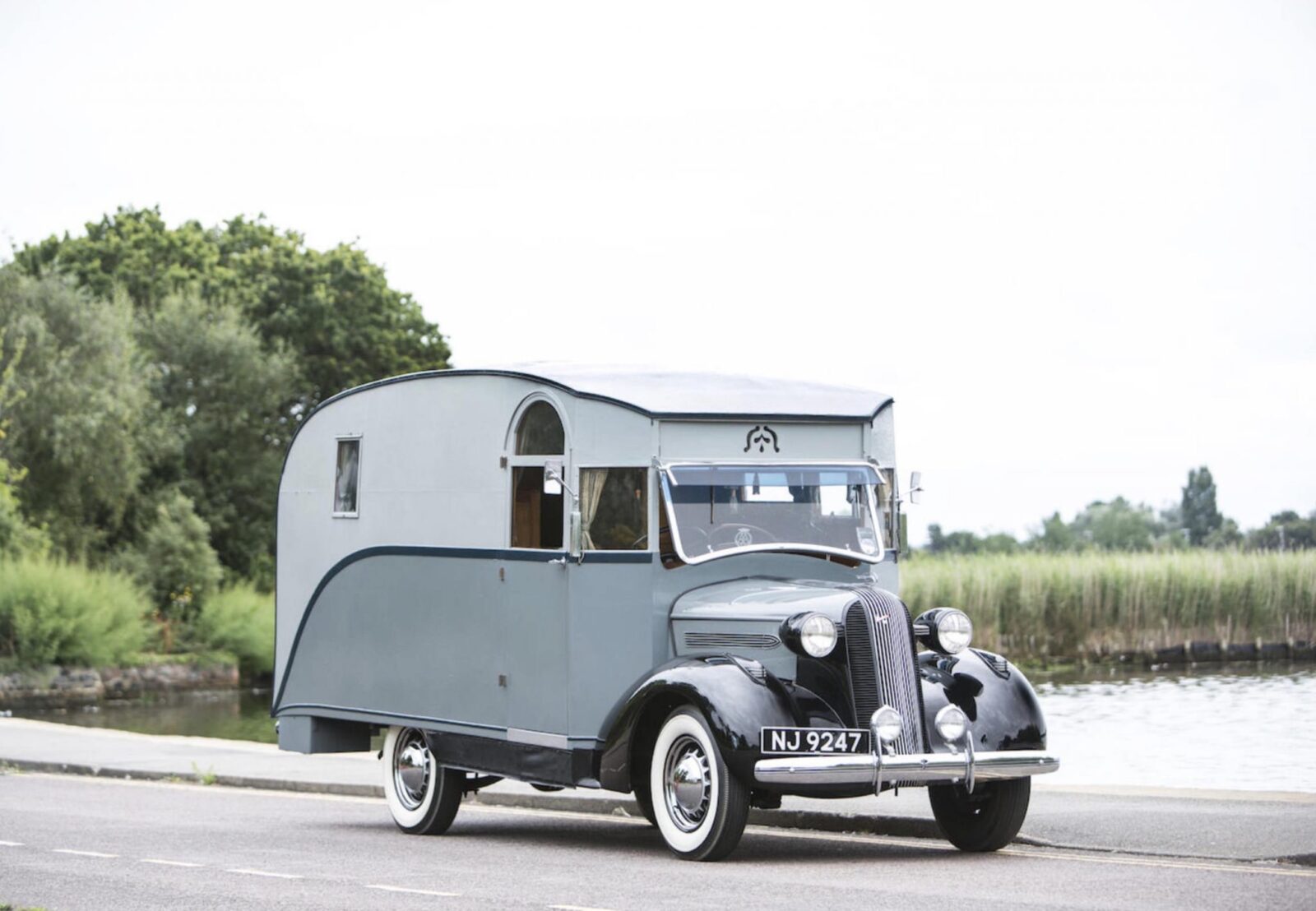 This 1936 Pontiac Motorhome was ordered by Englishman Captain Dunn as a rolling chassis with the front end pre-fitted. Once it was delivered to England, the Russell coachbuilders in Kent set about building the rest of the vehicle to the Captain’s specifications.

Motorhomes were a relatively new invention in the 1930s, so Captain Dunn must have attracted quite a bit of attention when he used his new house-on-wheels to tour southern England. The interior was equipped in a style similar to the motorised yachts of the day, with extensive use of wooden paneling, linoleum covered floors, a small kitchenette, and a sink.

The petrol 4 litre inline-6 has been so reliable that it started after decades of sitting with nothing more than an oil and fuel change and a new battery – in fact it started with just a single twist of the original starter motor.

WWII started just 3 years after the Captain took delivery of his motorhome, and for a time it was thought that the vehicle would be pressed into service as an ambulance. It was even painted khaki in readiness for its new job. Fortunately the interior was never stripped and it was never actually used as an ambulance, likely because of the difficulty encountered when trying to load men in stretchers through the small side door.

The interior remains today exactly the same as it was in 1936, a boat builder was hired a number of years ago to refinish the woodwork in the same dull varnish finish that it wore originally. The linoleum floors and curtains are the original items, and the khaki paint was replaced with the original colours – which had been found still living on in the door shuts.

If you’d like to read more about the history of this Pontiac you can click here to visit Bonhams. It’s due to be auctioned at the Goodwood Revival with a value estimate of between £30,000 and £40,000, which seems like a bit of a bargain considering the vehicle’s history and rarity. 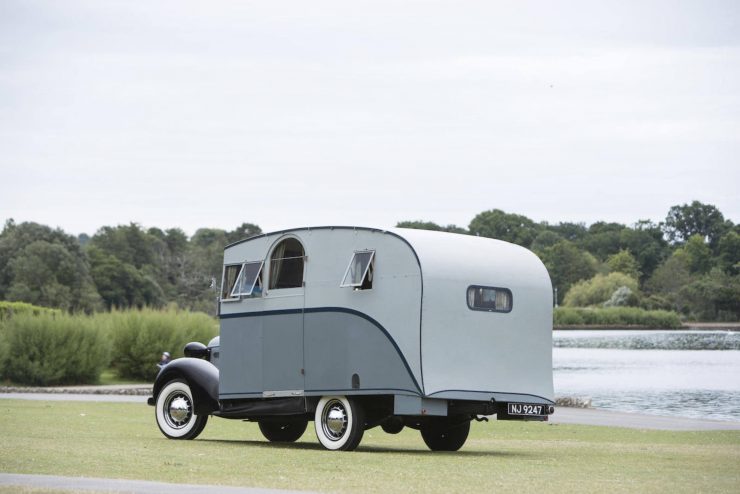 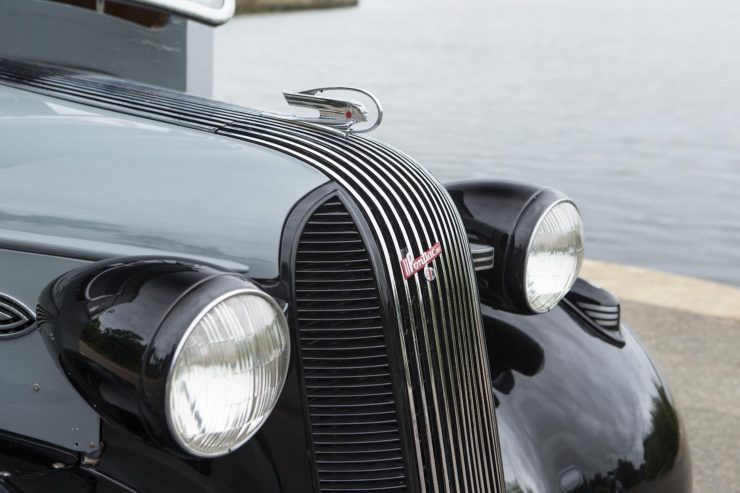 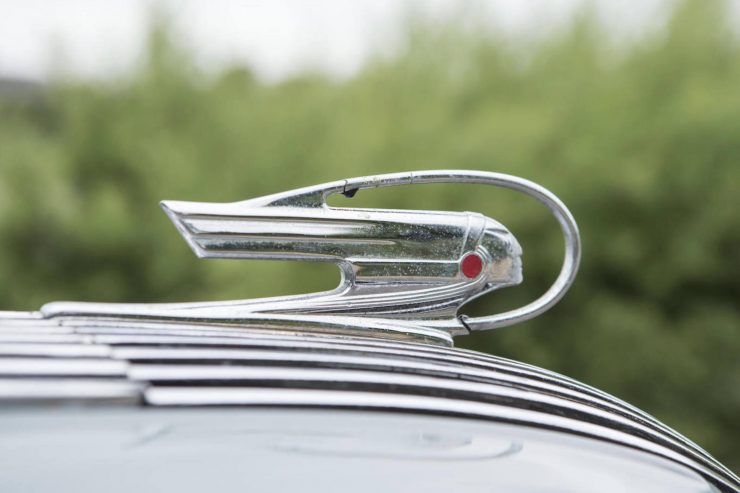 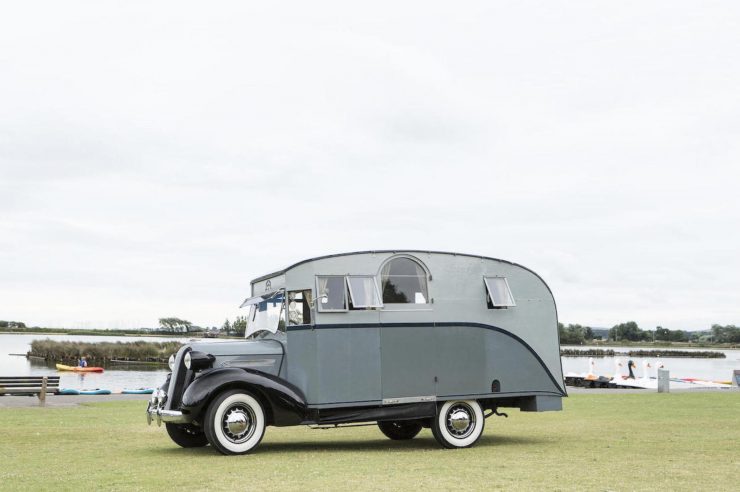 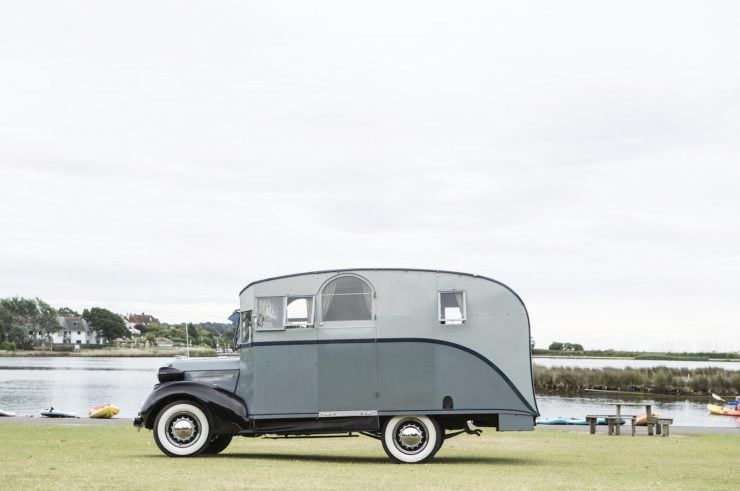 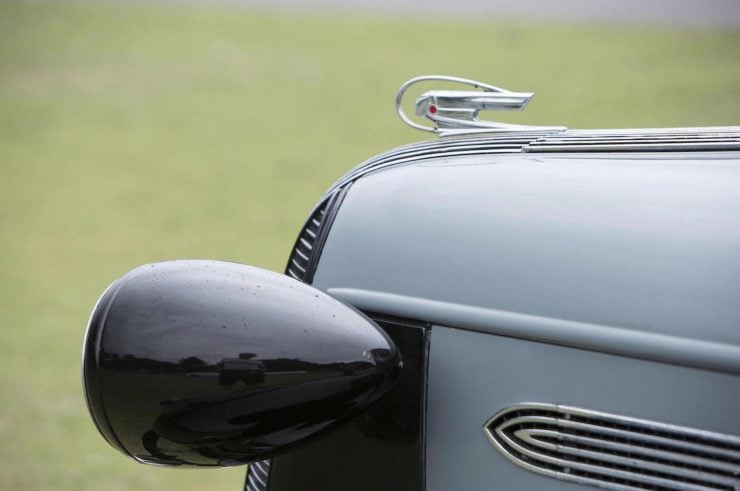 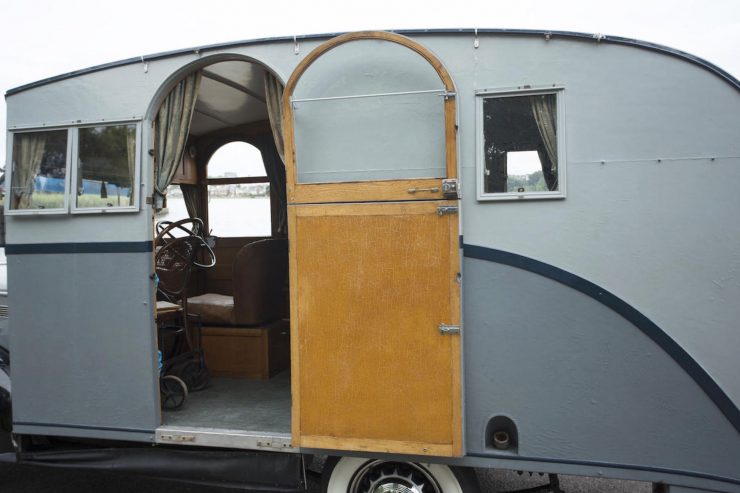 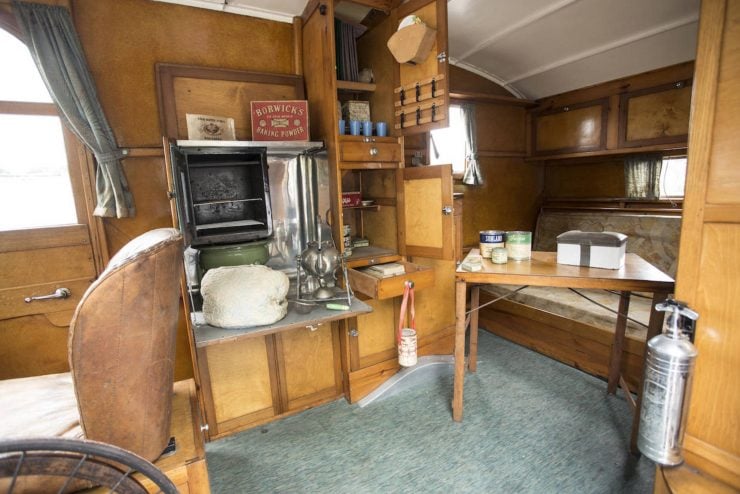 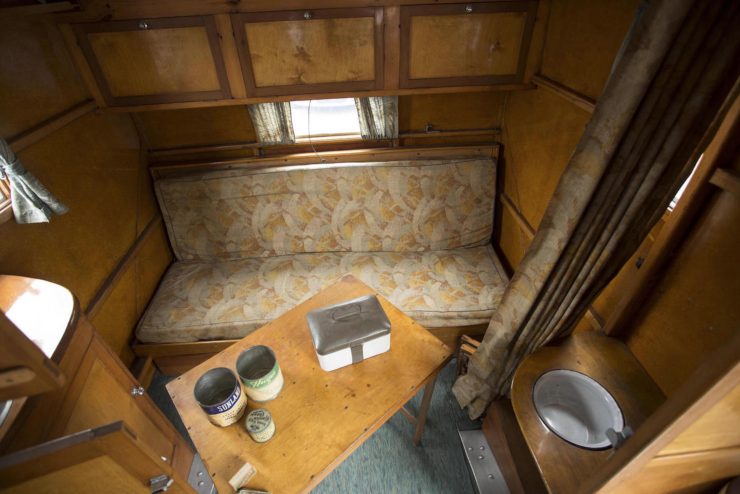 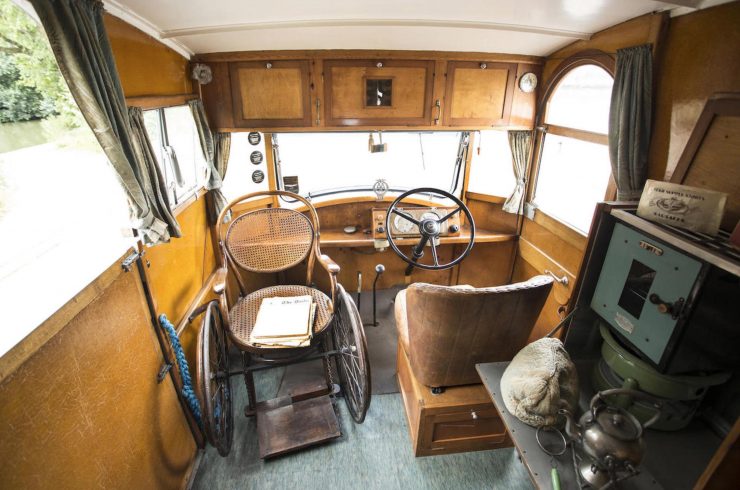 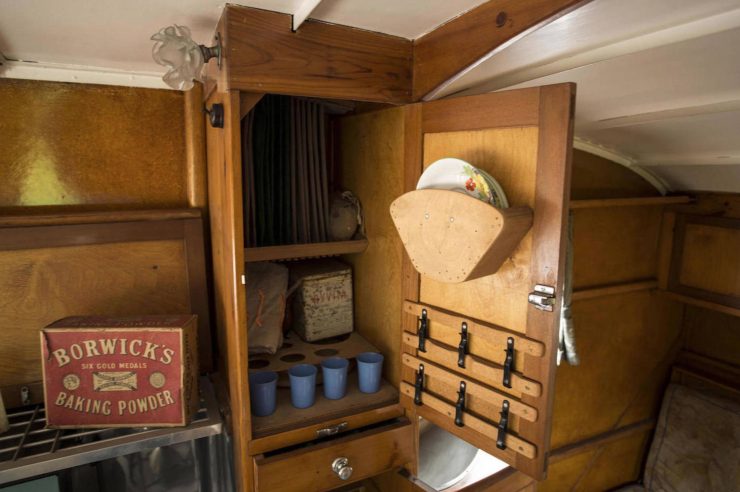 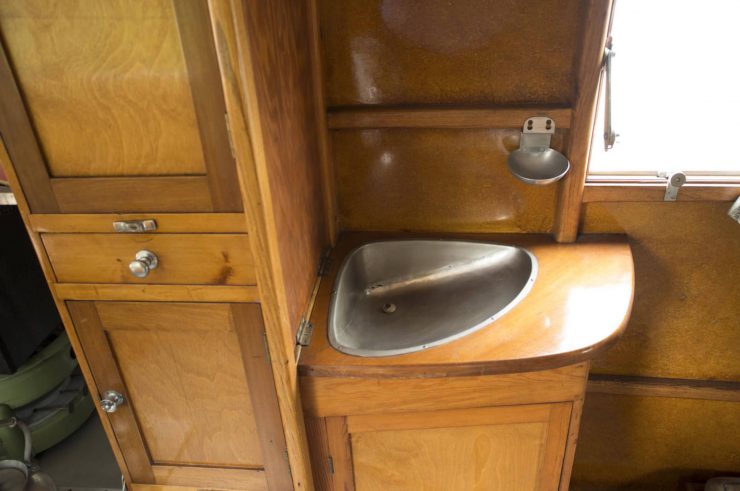 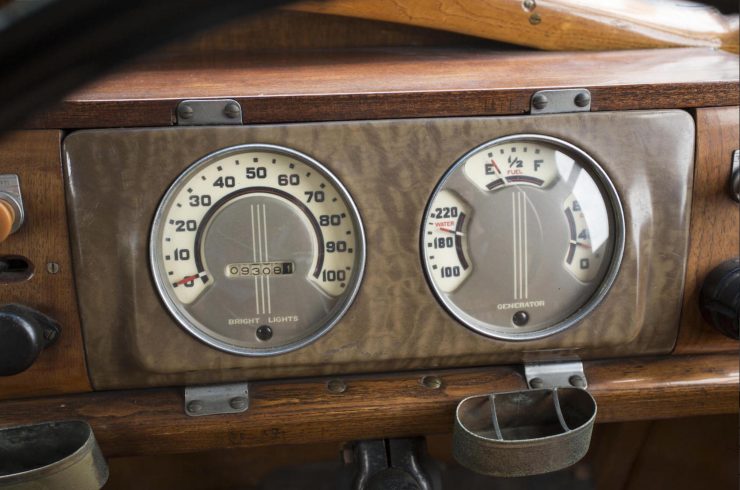 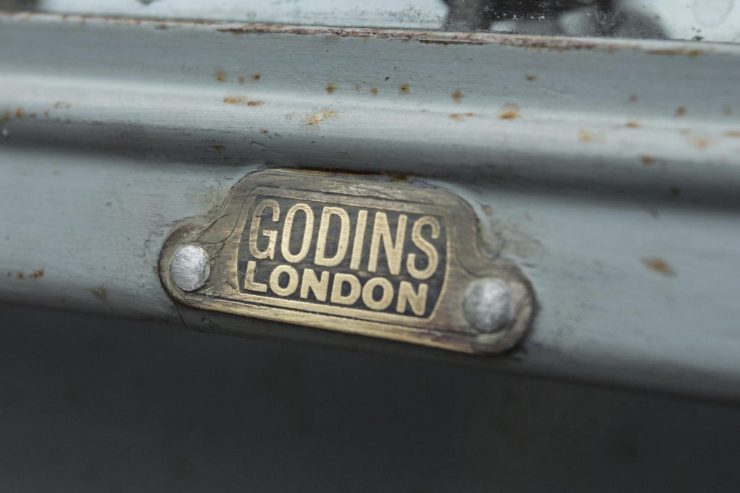 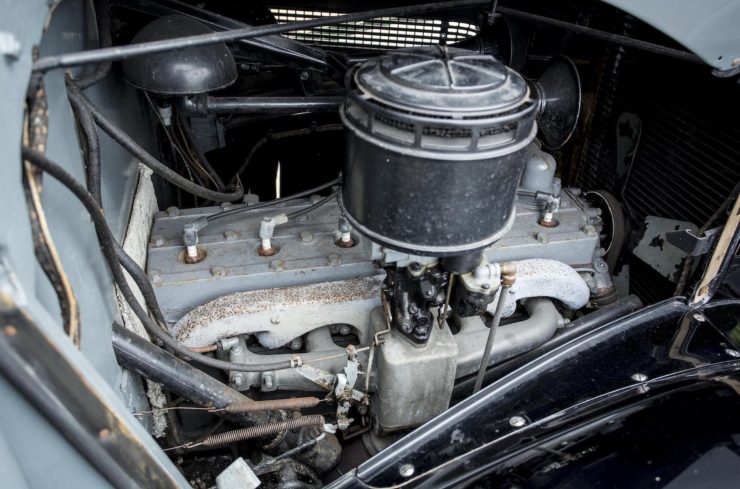 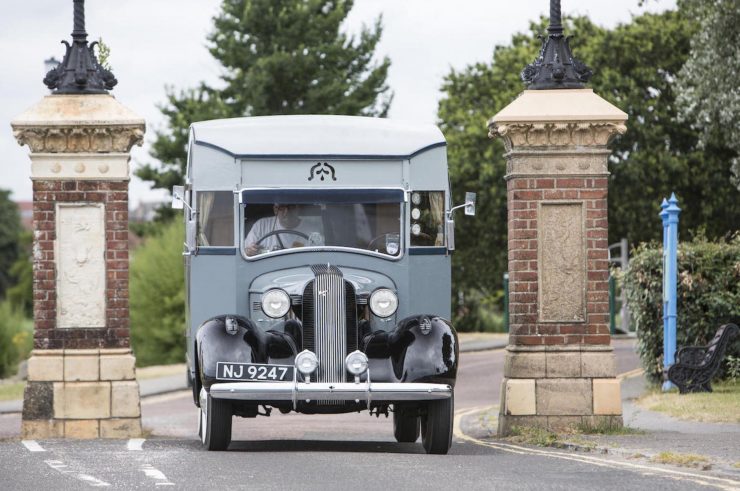 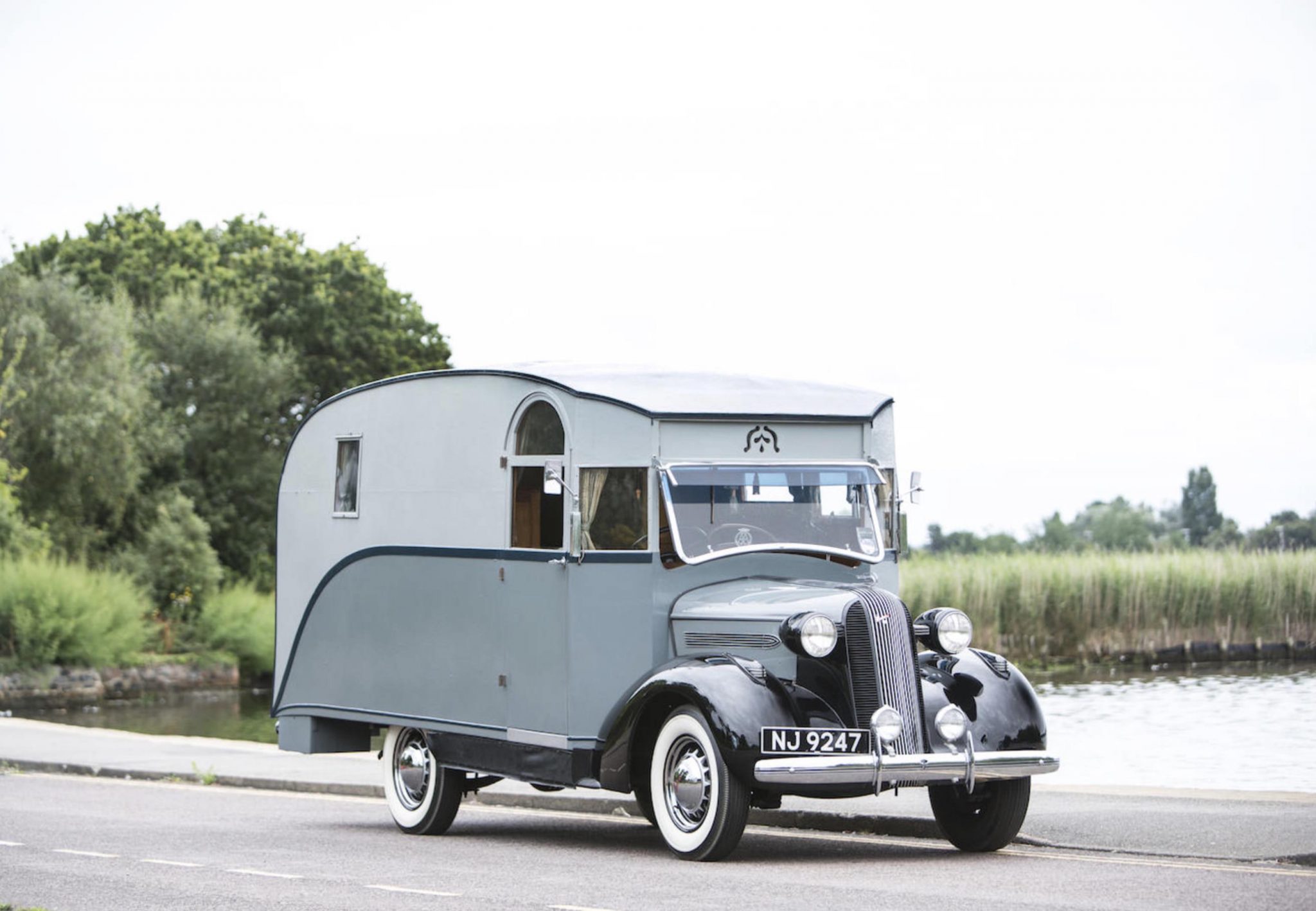