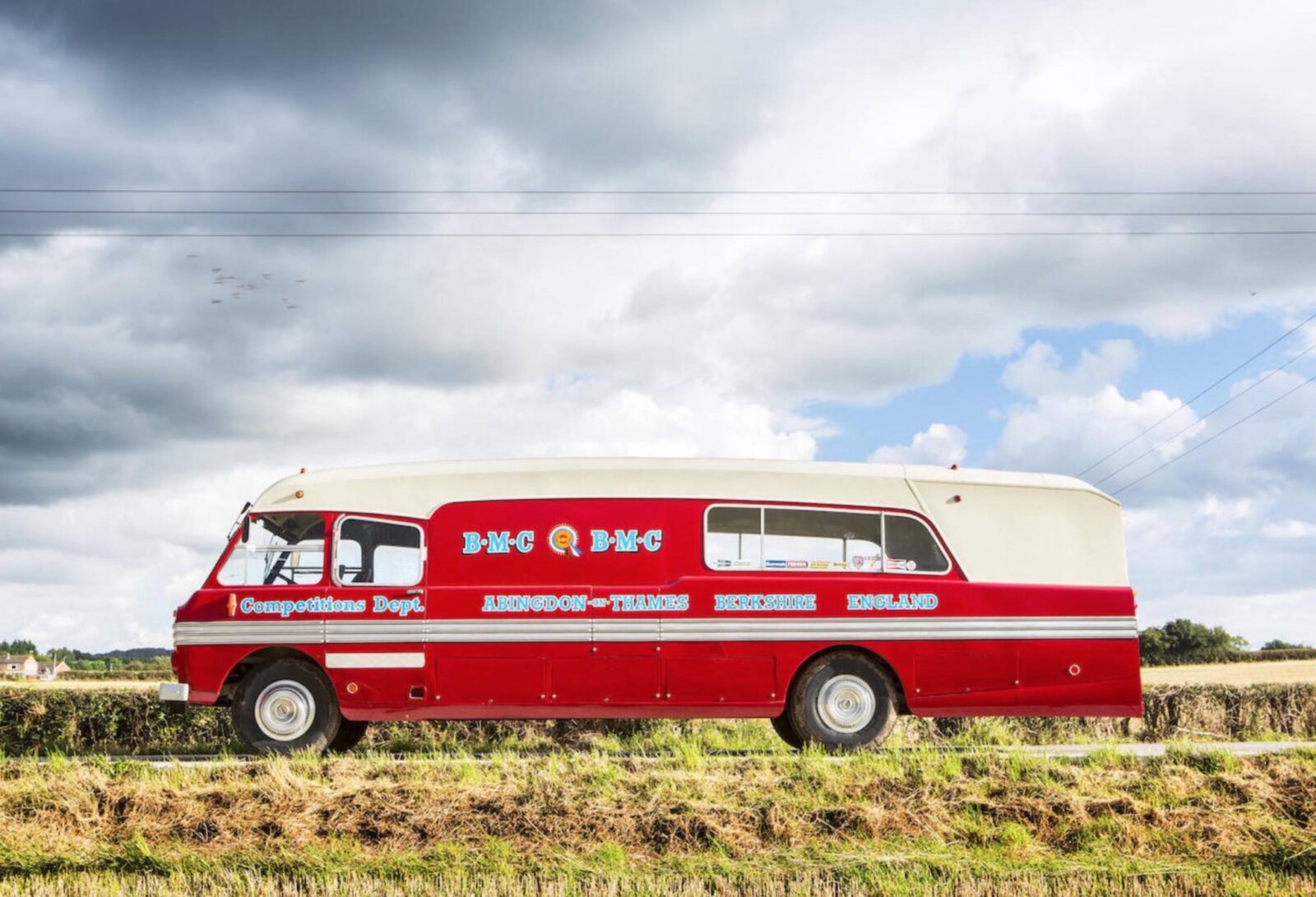 In 1959 the British Motor Corporation built 20 5-ton PSV chassis to operate as mobile service schools for the BMC mechanics of Britain. The Mini was newly released and its transverse engined, front wheel drive layout was unusual at the time – requiring special training for the nation’s grease monkeys. The busses design was the work of none other than Pinin Farina of Italy, and each was built by Marshall’s of Cambridge with lightweight, all-aluminium coachwork.

This particular chassis was one of the first 6 made, and thought to be the earliest surviving example. After it had outlived its usefulness as a mobile training station it was loaned to BMC’s Abingdon-based Competitions Department, who shipped it to Australia for use as a race transporter.

Upon its return to Blighty the transporter spent some years in the service of Birmingham University as their mobile booking office, after which it was unceremoniously left in a field for 10 years. Somewhat fortunately, a collector and racer of historic BMC competition cars discovered the old rig in its field and rescued it – he was startled when it fired up without complaint, and it was able to be driven from the field once a little air had been added to the tires.

Thanks to the choice in 1959 to build the upper portion of the transporter from aluminium it had seen almost no corrosion at all, making the restoration an order of magnitude simpler. It was decided to restore the vehicle to the specification used by BMC 34 which was destroyed in a fire some years earlier. It had a slightly longer body to accommodate up to two Mini Cooper race cars at a time.

During the restoration, the original BMC 5.1 litre 6-cylinder diesel engine had its cylinder head rebuilt, and it still feeds power to the 2-speed rear axle via the original 5-speed non-synchromesh gearbox. Crews who used these buses during the competition years of BMC noted that they were significantly quicker than anything being used by the French, Italians, or Germans at the time – and was able to best them up hills with ease.

The now completed BMC 5-Ton Race Transporter is an entirely unique vehicle thanks to its specification, and it’ll be offered for sale via Bonhams on the 10th of September at the Goodwood Revival auction held by Bonhams. If you’d like to read more about it or register to bid, you can click here. 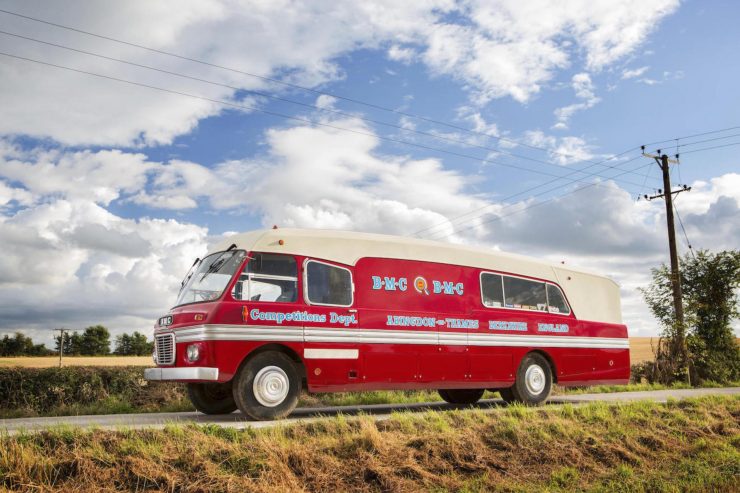 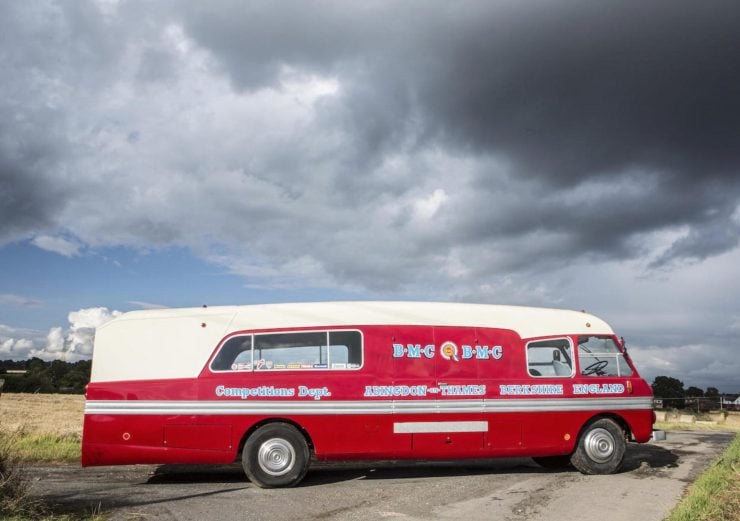 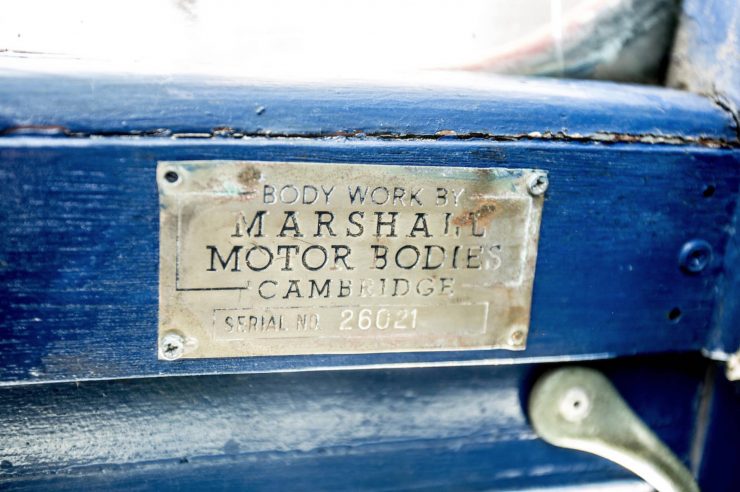 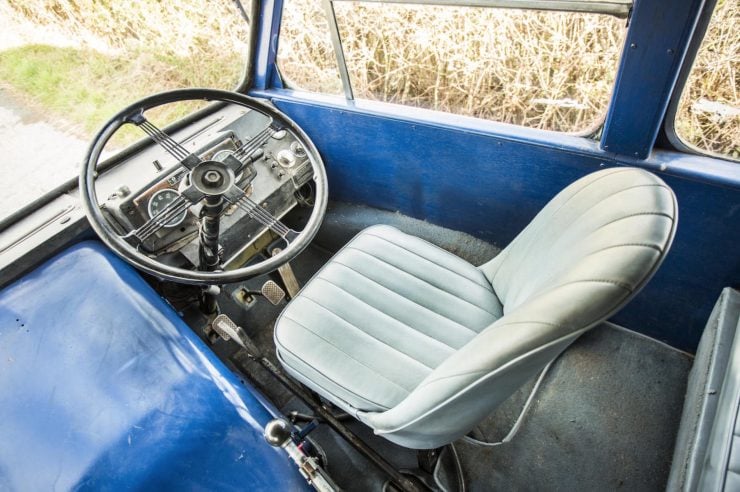 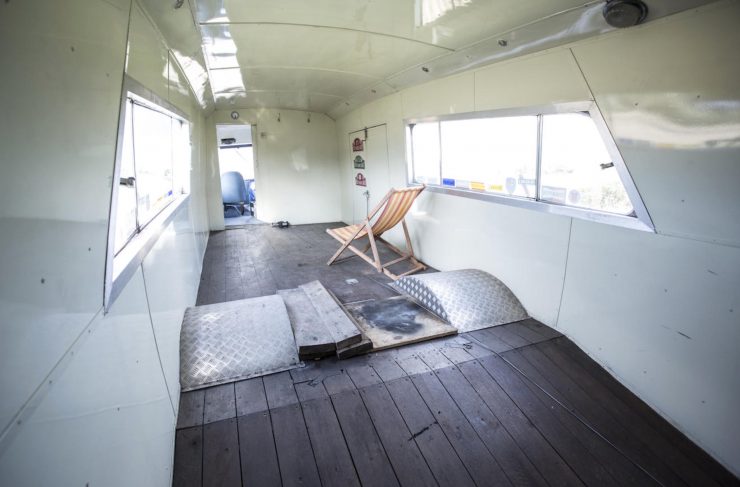 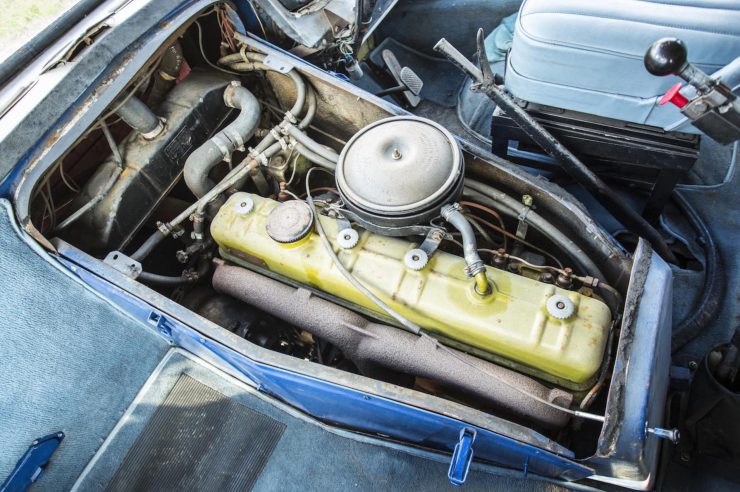 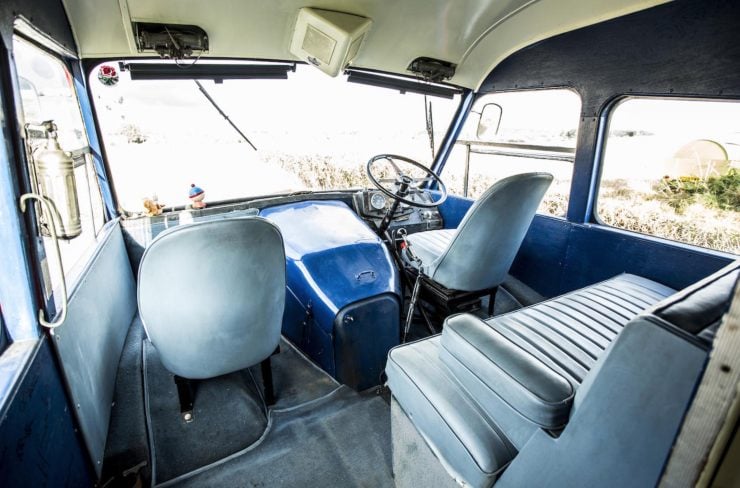 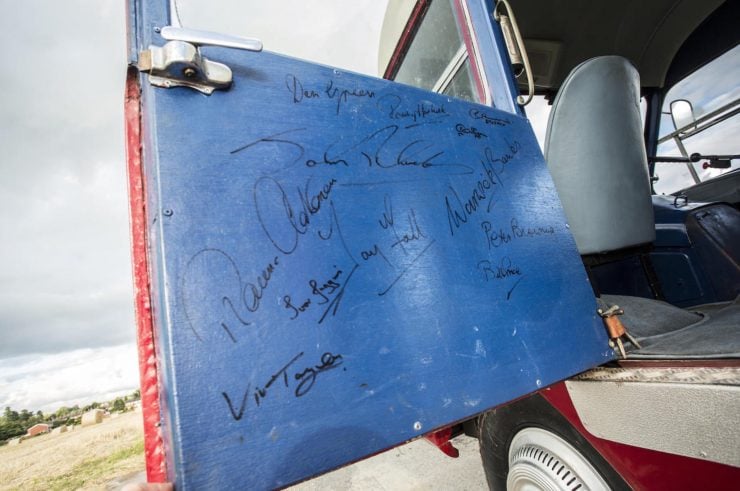 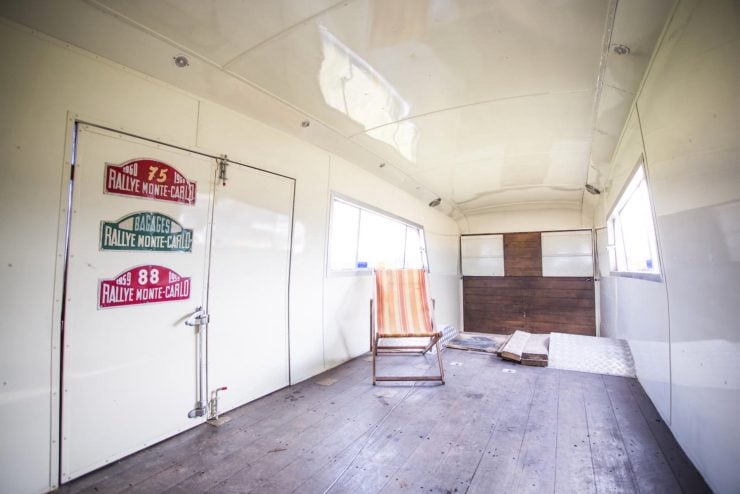 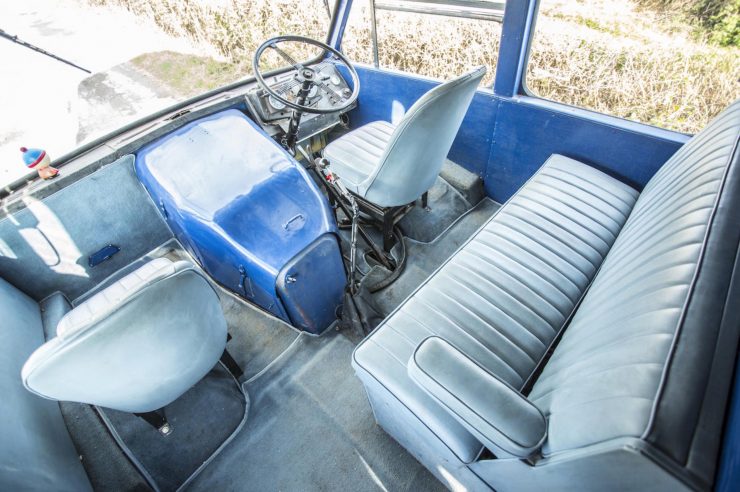 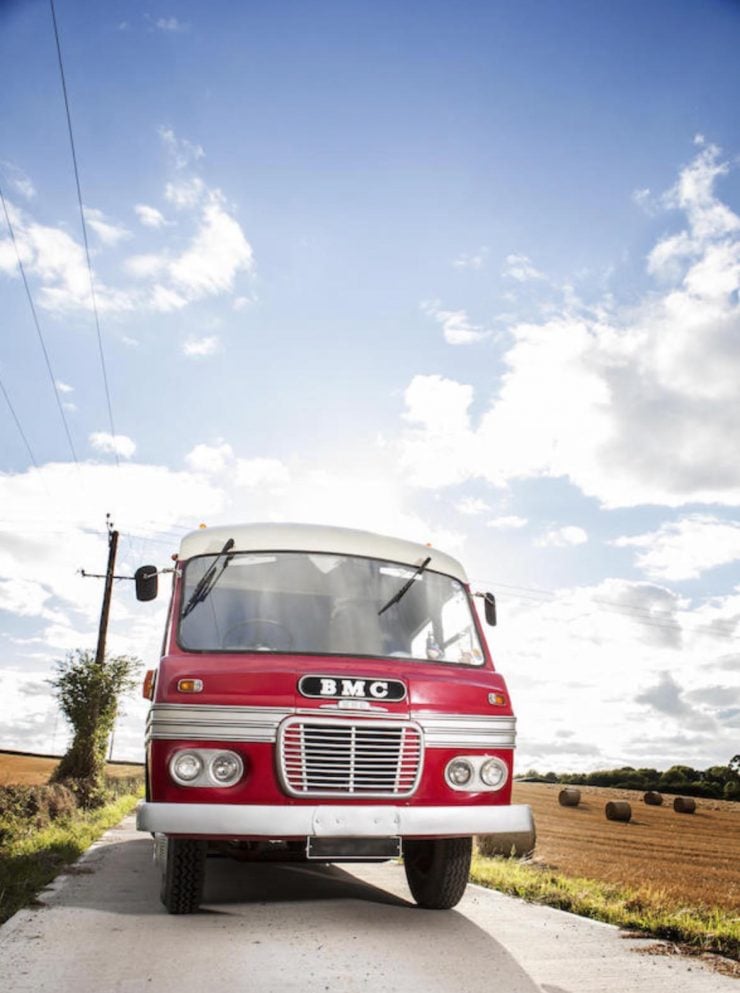 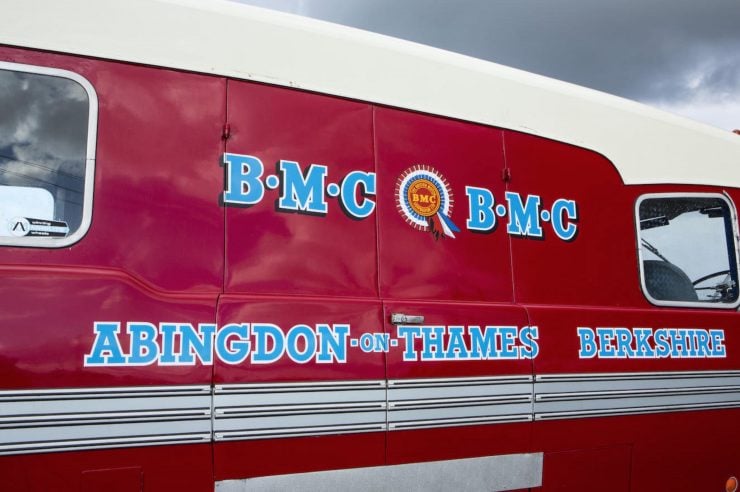