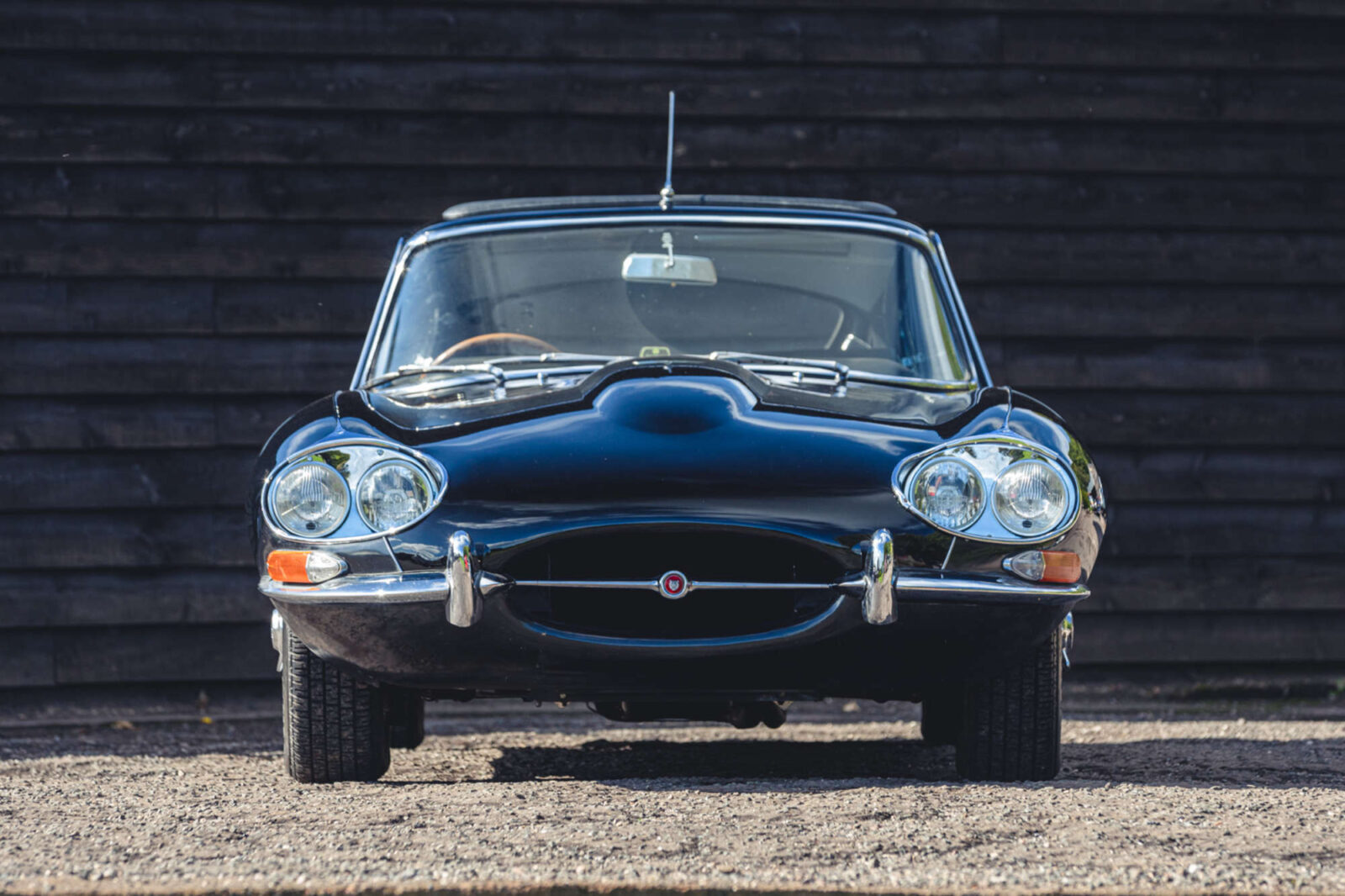 After the car was delivered it was taken to Abbey Panels where it was converted into one of just three “Quad Headlight” E-Type coupes ever made by the company. Of course, any changes made to the styling of the famously good-looking E-Type are likely to be controversial, and the Abbey Panels quad headlight conversion has certainly divided opinion over the years.

By the time the 6th Earl of Cawdor placed his order for an E-Type in 1965 Jaguar had already been dealing with highly-placed members of British society, including royalty, for decades. That said, there’s no doubt that the Earl’s order received special attention. 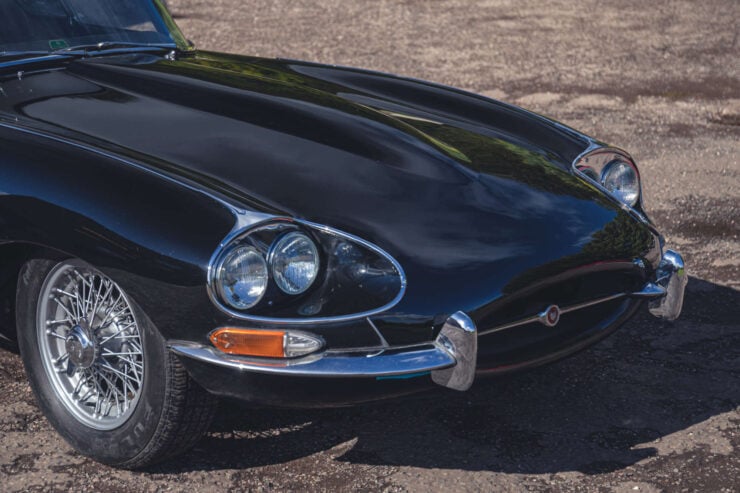 The seamless work of Abbey Panels is so good the car looks like it came this way from the Jaguar factory originally.

The Earl was an oftentimes controversial man, and decisions he made are still sparking additional controversies today almost 30 years after his death in 1993. The decision to take a regular E-Type coupe and have the front modified to include an extra pair of headlights was just as controversial in 1965 as it is today.

Living in a remote castle-like mansion in the Welsh countryside, it’s likely that the Earl wanted the extra lights for returning home on those long winter nights.

The quad headlight conversion involved removing the original headlight and then modifying the front fenders and bonnet to accommodate a larger light array with two headlights fitted side by side at each side.

Additional shark gill-like vents were added further back on the front fenders, and the new headlights were left open – rather than sheltered behind glass covers as with regular Series 1 E-Types. Later E-Types would all have their headlights left open like this due to new federal safety laws in the United States – a critically important overseas market for the company. 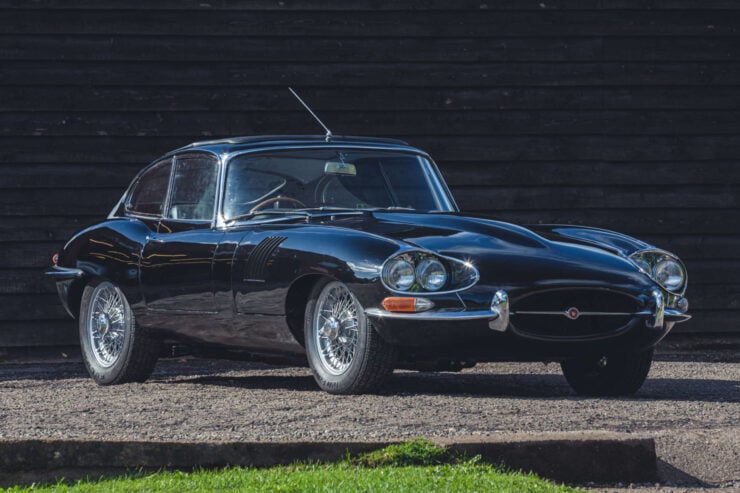 It’s likely that the Earl wanted the extra headlights for returning home on dark, rural Welsh roads after nightfall.

A Crash And A Rebuild

Just 18 months after receiving the car the Earl would be involved in a serious accident in which he was flung through the fabric Webasto roof. The car was recovered and placed into storage for well over 40 years before being discovered and rebuilt.

As it stands today the car looks exactly as it did the day it was delivered to the Earl by Abbey Panels, with its rare quad headlight arrangement. E-Types that were custom-built in period always attract some attention when they come up for sale, particularly well-known and rare models like the car shown here.

While the styling of this car has always been divisive it does have its fans, so it’ll be interesting to see what it sells for when the auction hammer falls. It’s due to roll across the auction block with Silverstone Auctions on the 13th of November.

If you’d like to read more about this unusual E-Type or register to bid you can click here to visit the listing. 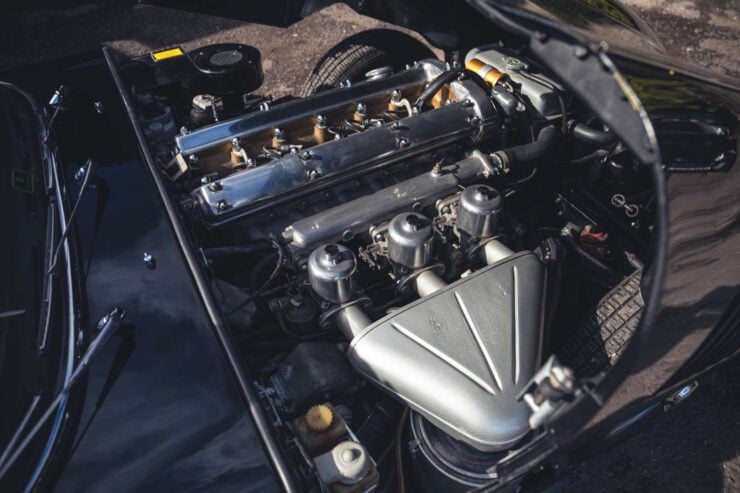 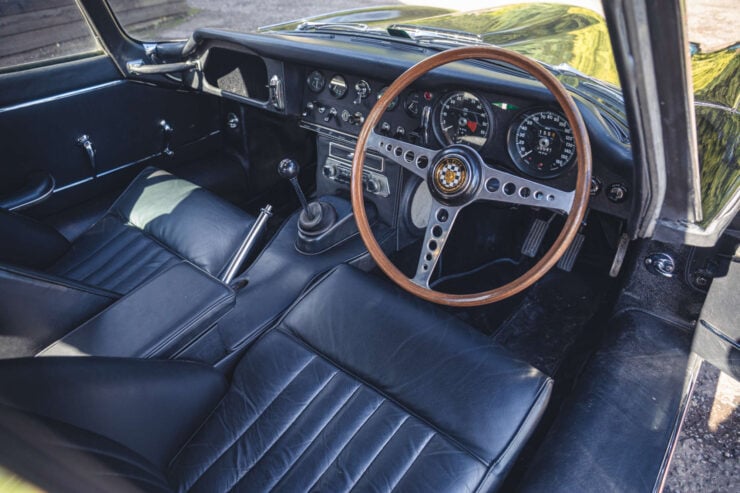 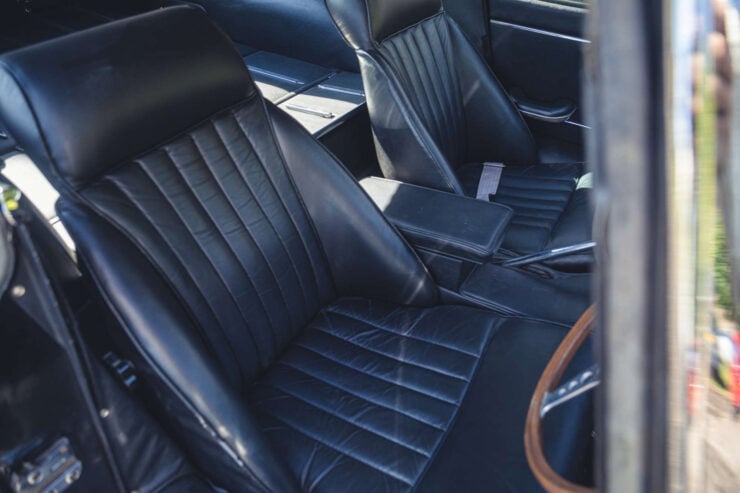 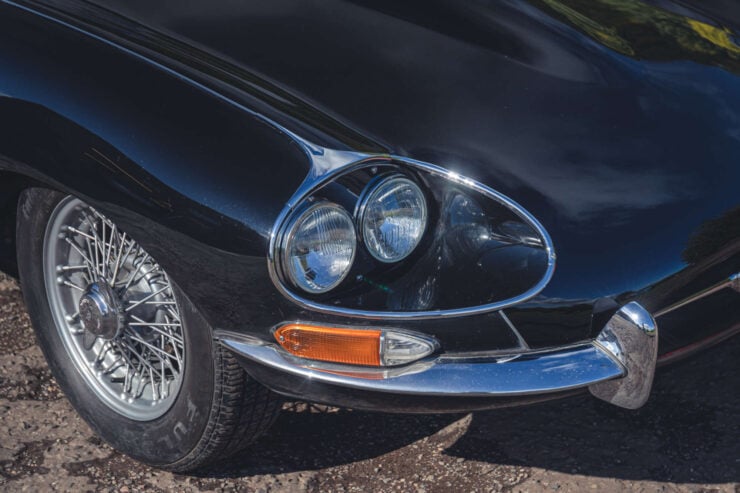 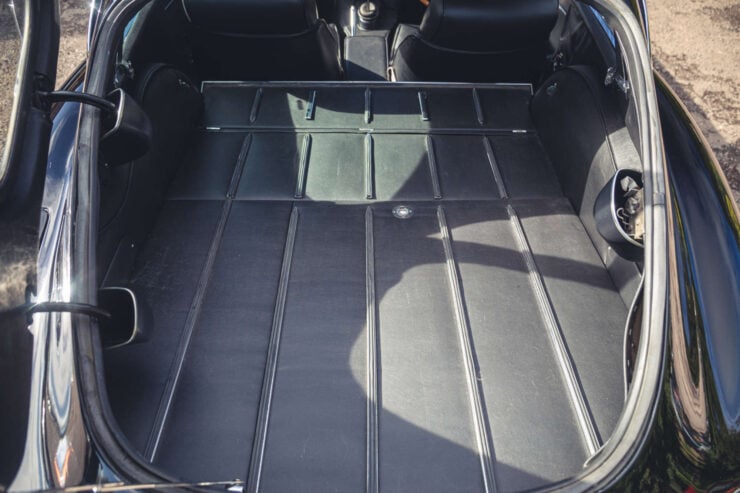 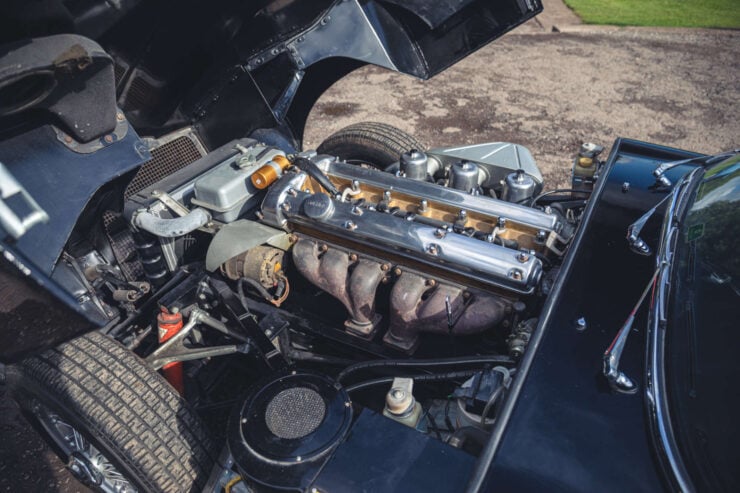 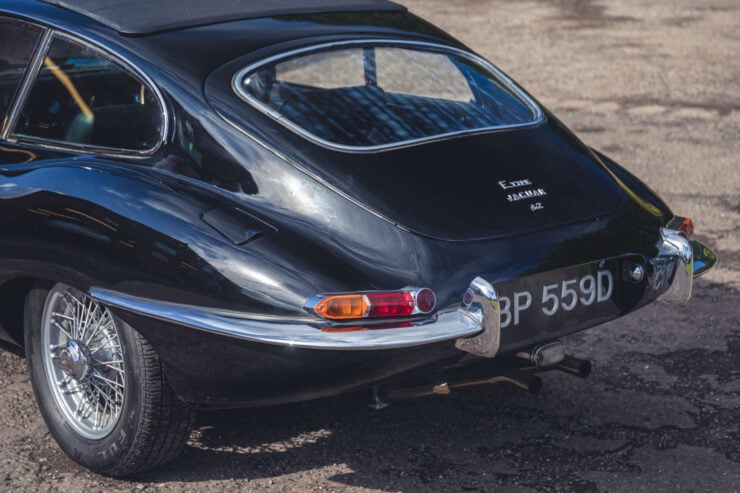 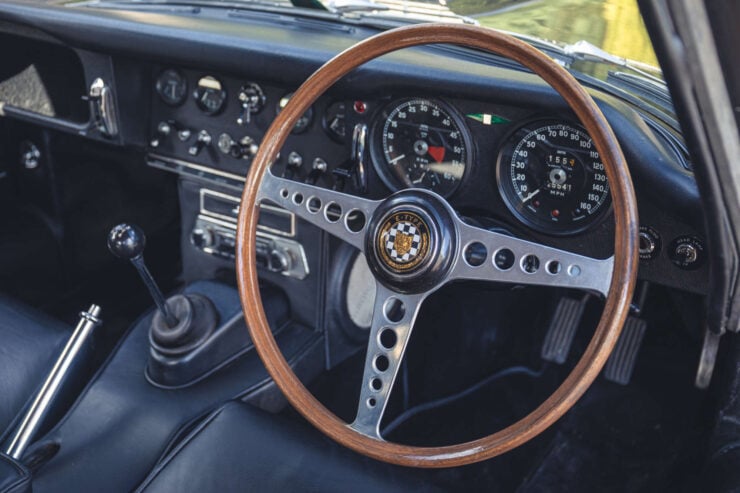 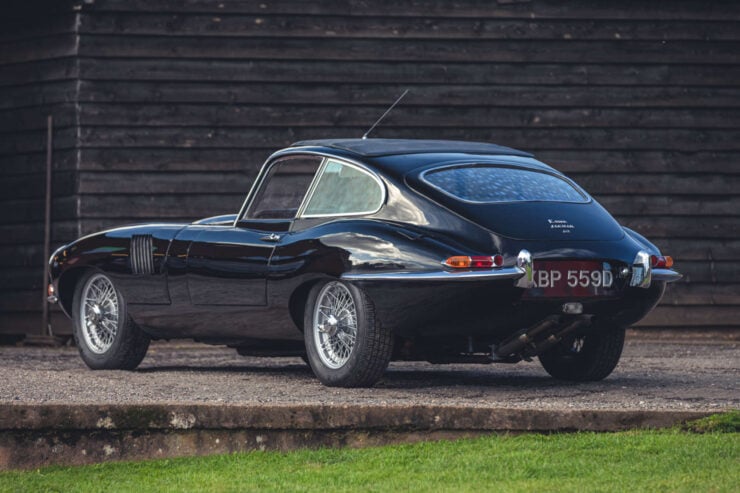 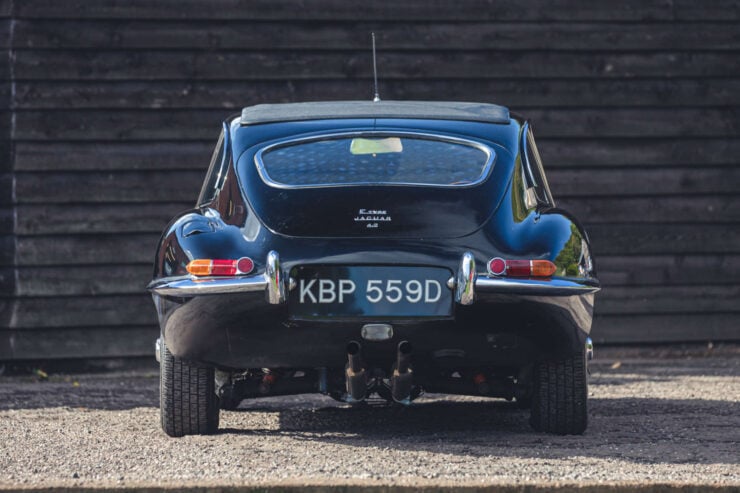 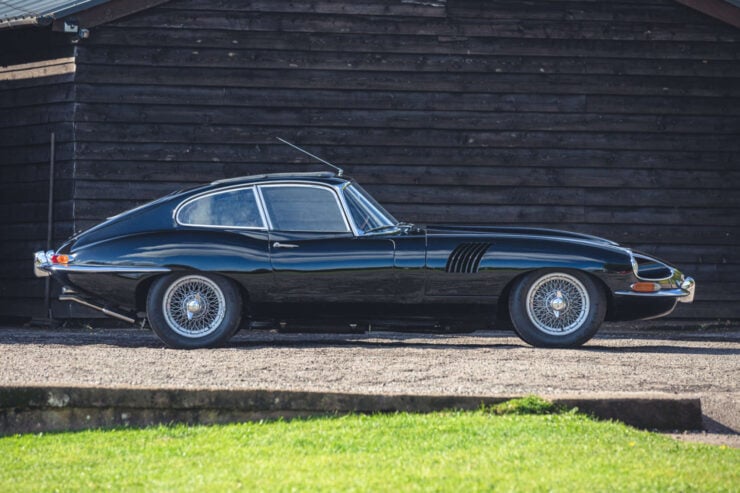