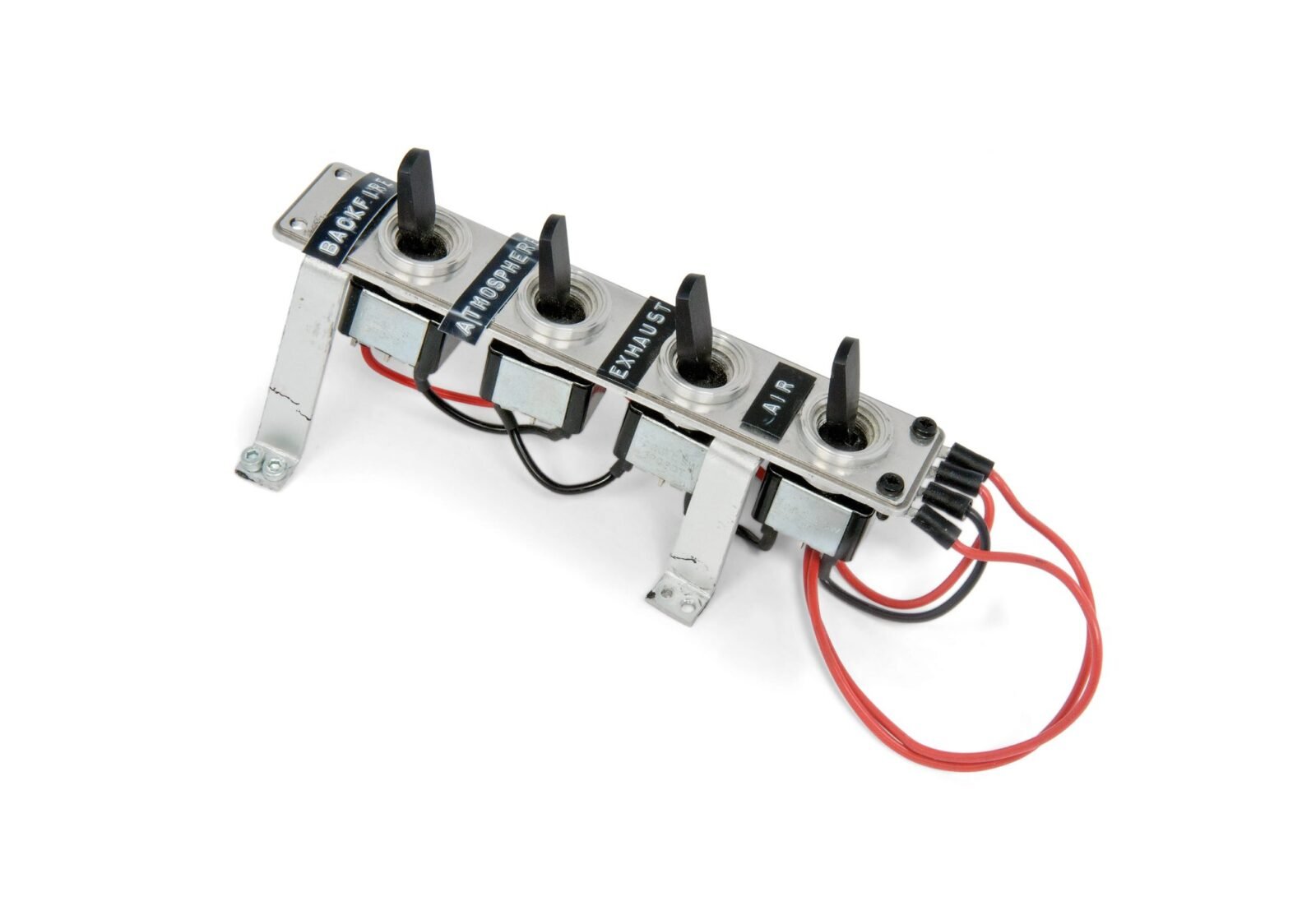 Q Branch is by far the most famous of the fictional clandestine spy gadget manufacturers, they’ve been hard at work since Ian Fleming’s Casino Royale was published in 1953, with various characters playing Q – the head of the division.

This set of switches were specified by Spectre director Sam Mendes, he wanted them to look raw and unfinished, so production designer Dennis Gassner briefed Prop Shop at Pinewood Studios who made 10 identical gadget switches. 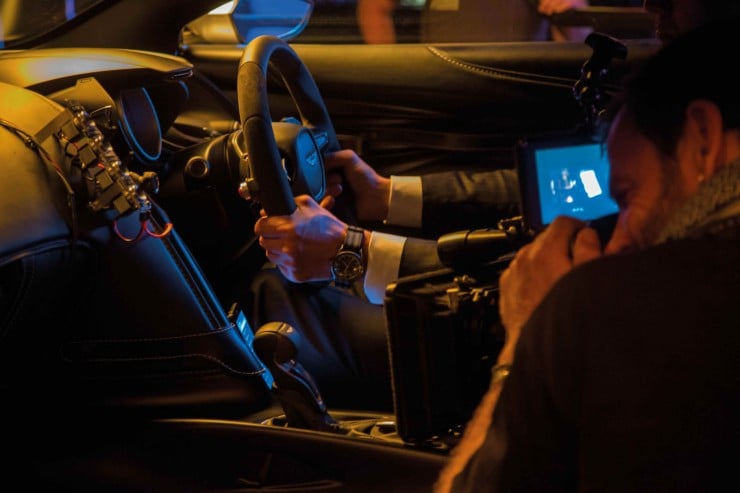 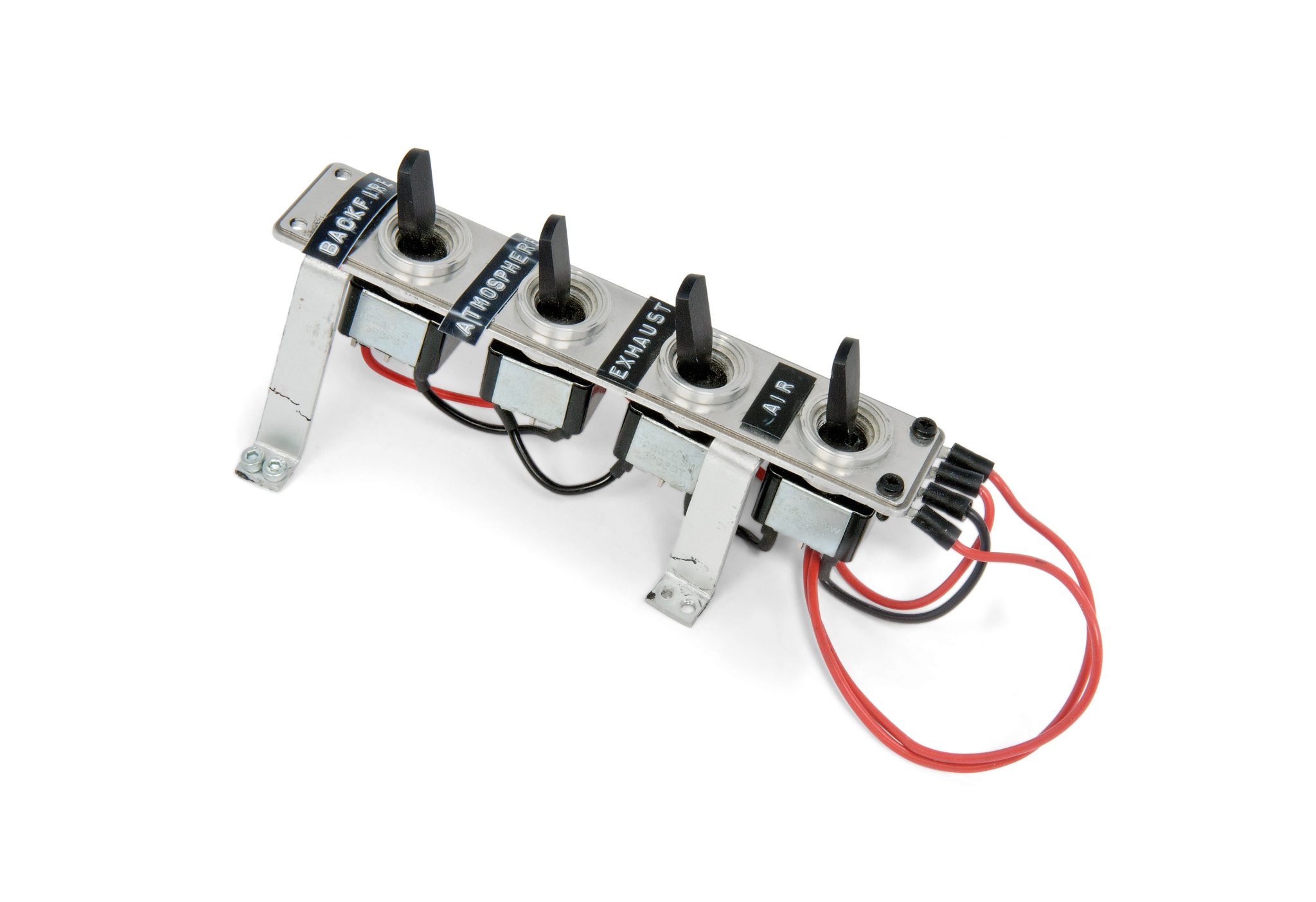