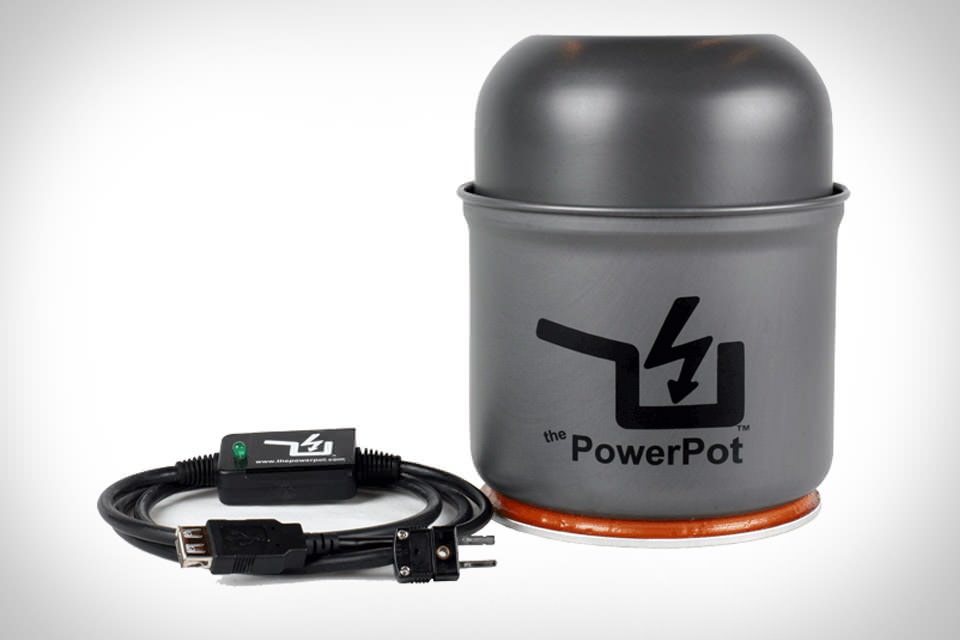 The PowerPot is a relatively small, portable power generator that just requires a campfire or heat source to operate. It’s capable of charging everything from cell phones to GPS units and radios, or any other device that runs on lithium-ion batteries.

Each PowerPot unit can provide a steady 5W charge so long as it contains water and is sitting on a fire or camp stove and it’s so tough that each one comes with a limited lifetime guarantee.