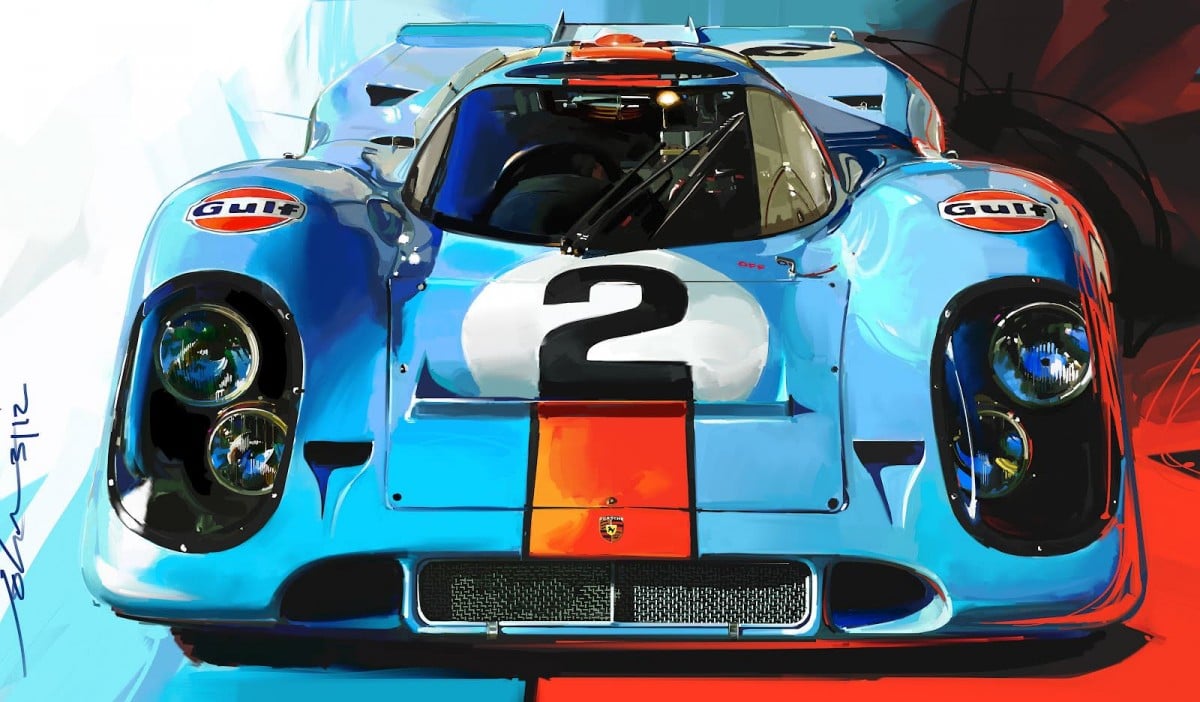 The word iconic gets bandied around a lot when it comes to vintage racing cars, its use isn’t always warranted but when it comes to the Gulf Porsche 917 there’s little doubt about its iconic status. Hell, it’s probably one of the most iconic race cars ever made.

This canvas print by automotive designer John Krsteski captures the 917 in all its glory, it measures in at 40” by 24” (102cm by 61cm) and comes individually signed. If you’ve been looking for a little flair for your gentleman’s cave, this might be just what you need. 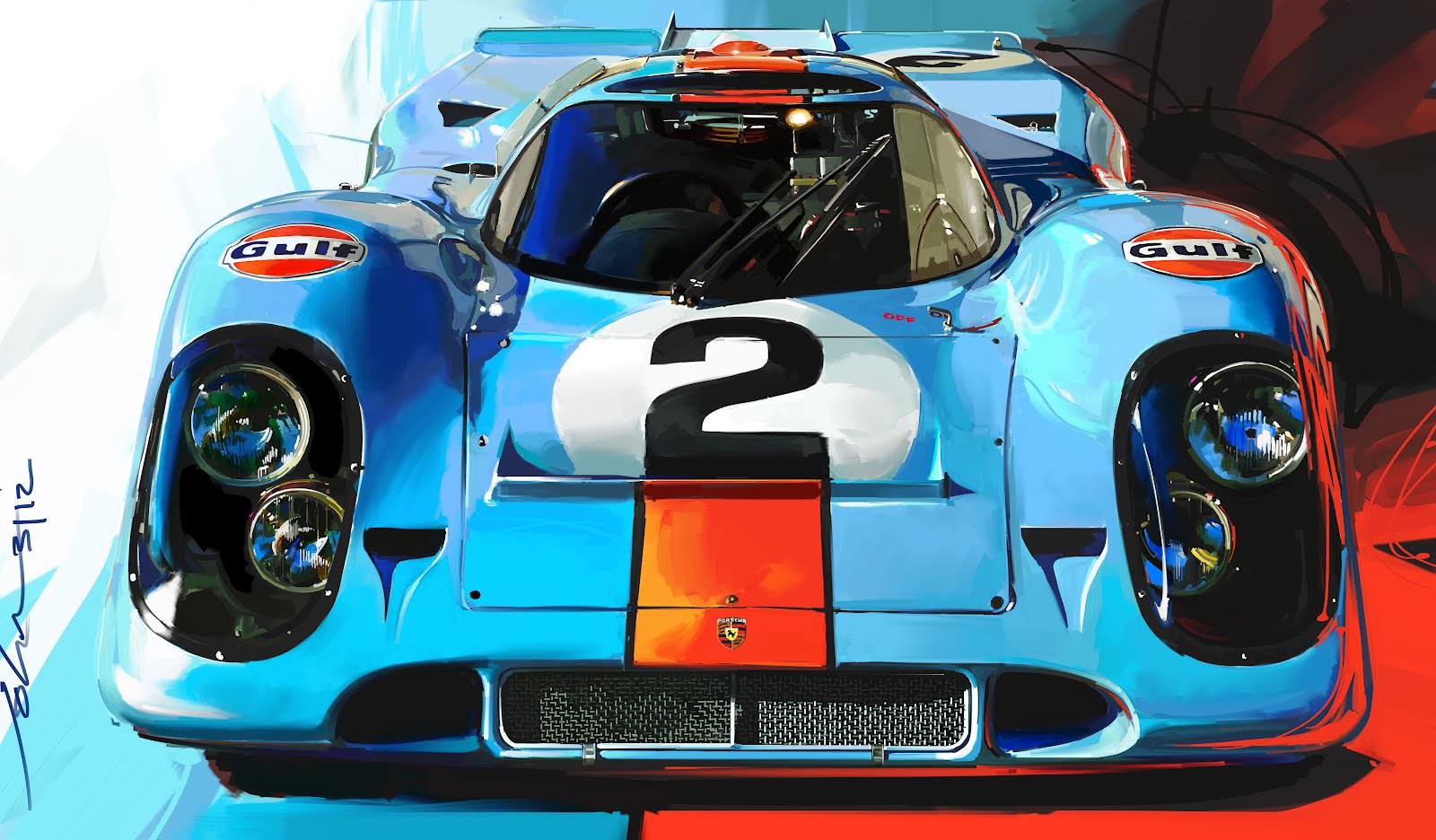