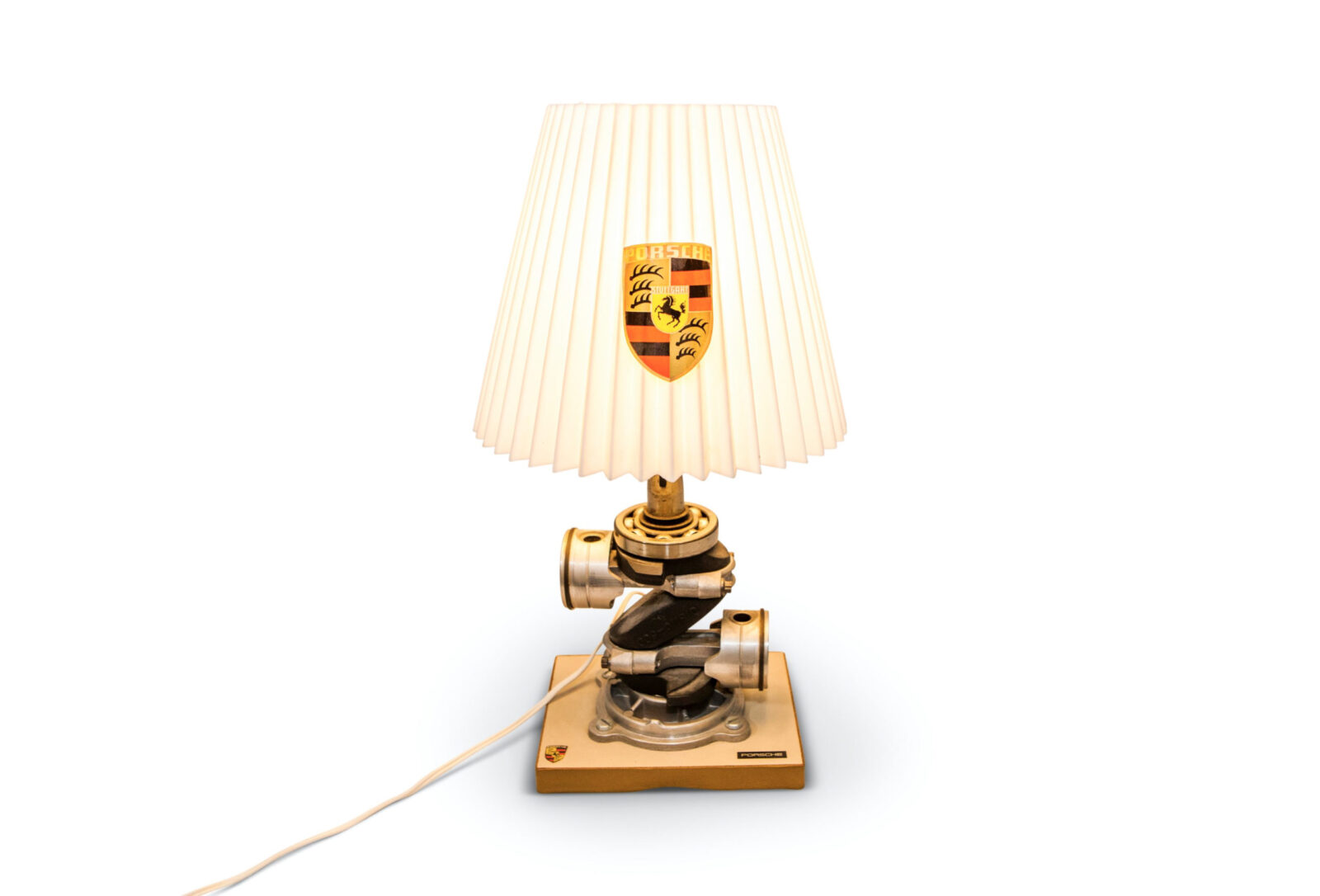 This crankshaft lamp was a gift from the Porsche factory dating back to 1960, it includes a section of crankshaft with two connecting rods and pistons in place with the lamp on top and a metal place mounted to a wooden base on the rear. Porsche branding is obviously prominent on the lamp, particularly when it’s turned on the the Porsche logo on the lampshade is illuminated.

The most common production Porsche in 1960 was the 356, with its four-cylinder boxer engine mounted in the rear that relied on air-cooling. So beloved would this engine become that it would stay in production in some form or another from the 1940s well into the late 1960s, and its six-cylinder descendent would live on into the 1990s. 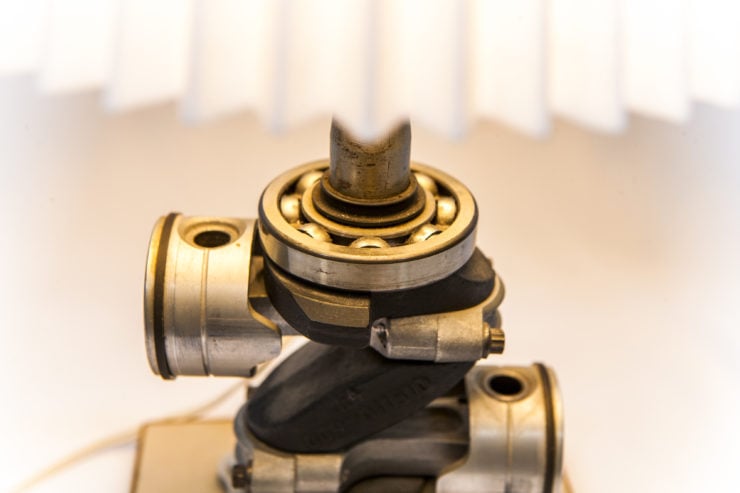 The Porsche 356 was the car that took Porsche from being a brand new manufacturer to a celebrated global sports car brand and multiple race winner. It went into production in 1948 and remained in production until the mid-1960s at which time it was replaced by the Porsche 911, and the Porsche 912 of course.

As an original factory gift this lamp will almost certainly find itself illuminating the corner of a Porsche collector’s garage. If that sounds like a good idea and you happen to have a Porsche or two parked in your garage in need of some additional lighting you can click here to visit the listing on RM Sotheby’s. Note: Bidding how now closed on this item. 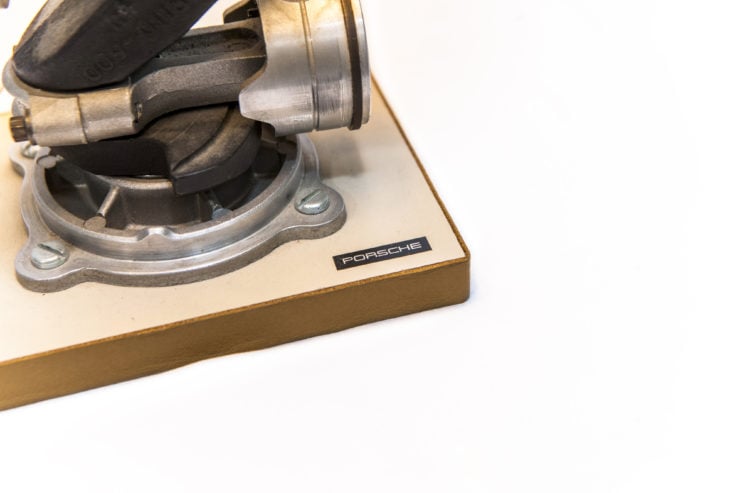 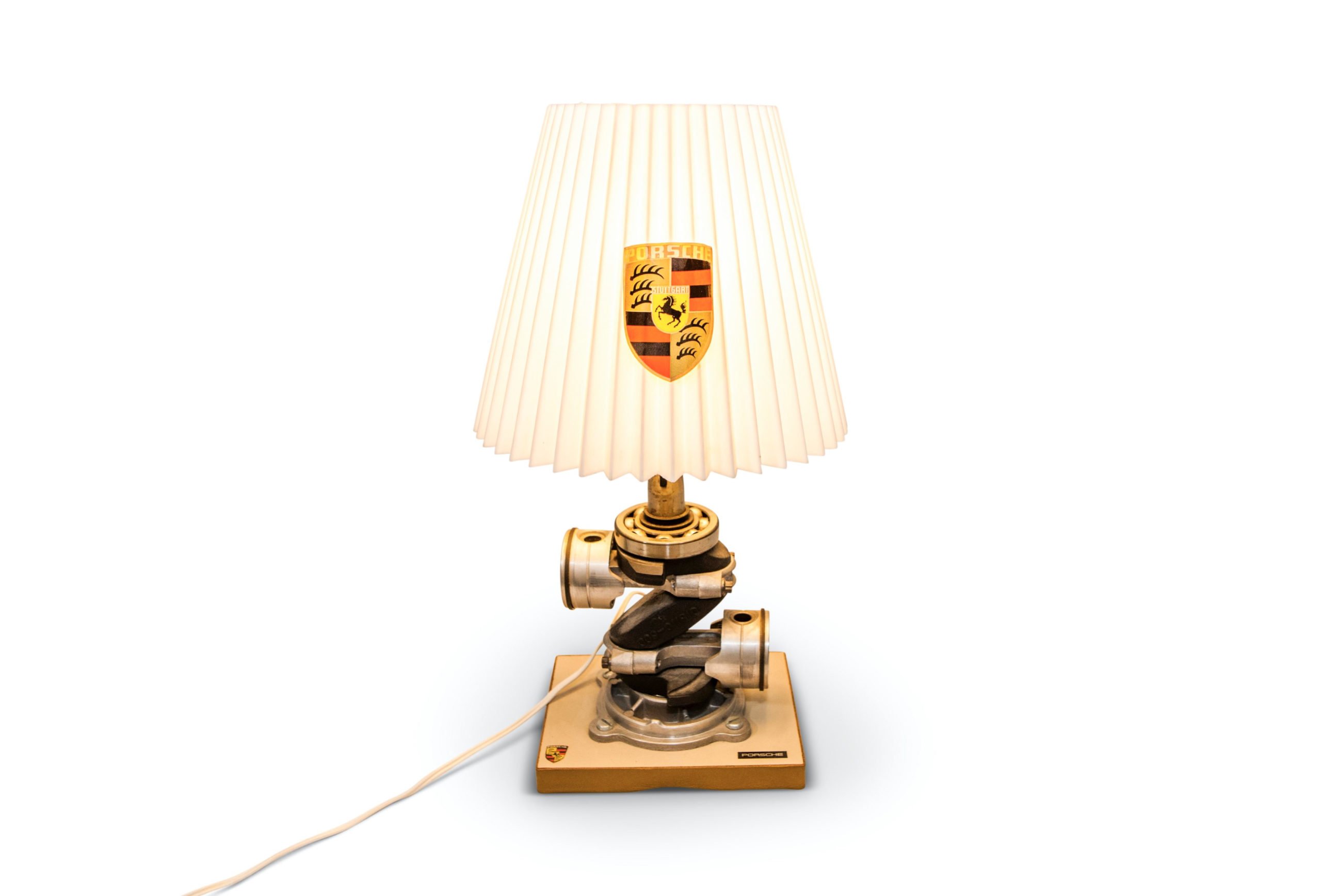