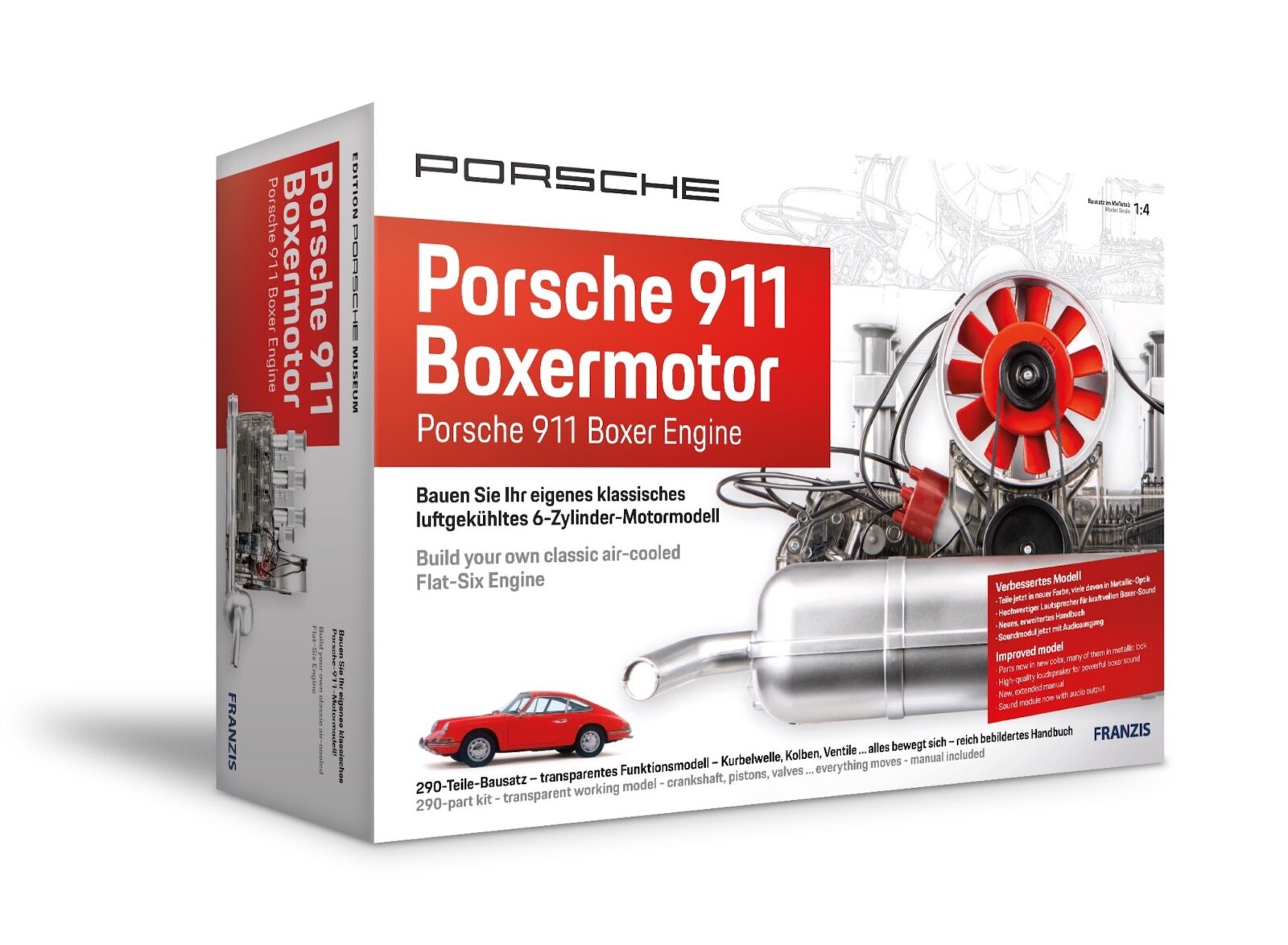 This is a detailed model of the original 1966 Porsche 911 flat-six engine, all internal parts move just like they do in the full-size engine – including the pistons, connecting rods, crankshaft, cam, valves, and rockers – the spark plugs are LEDs and you can see them illuminate to simulate spark timing.

The air-cooled engine in the back of the original Porsche 911 was a new design with its roots in the older four-cylinder engine that was used in the Porsche 356 and the Porsche 550 Spyder.

\The addition of two extra cylinders helped give the Porsche 911 engine more swept capacity and more power, and it would stay in production through a series of both major and minor iterations for decades.

The engine you see here is an officially licensed 911 engine model that was carefully replicated from an original 2.0 litre motor. It includes some transparent sections that allow you to see into the engine and watch all the parts moving in unison, which makes it an excellent tool for teaching people how internal combustion engines work.

Each of these kits contain 290 individual parts, no glue is required and the model includes a sound module that replicates the sound of the real engine, as well as the aforementioned LED “spark plugs”, and three AA batteries to make it all move.

The kit is recommended for people over the age of 14 and it comes with a comprehensive instruction manual that shows you how to assemble it, it also contains historical information about Porsche and the 911. 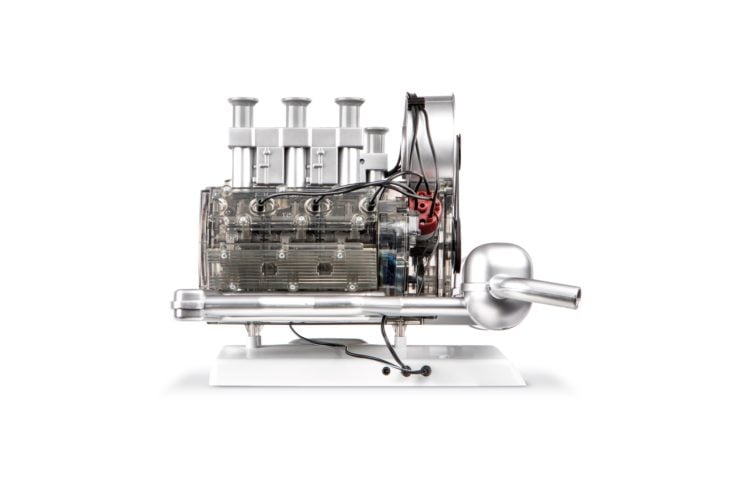 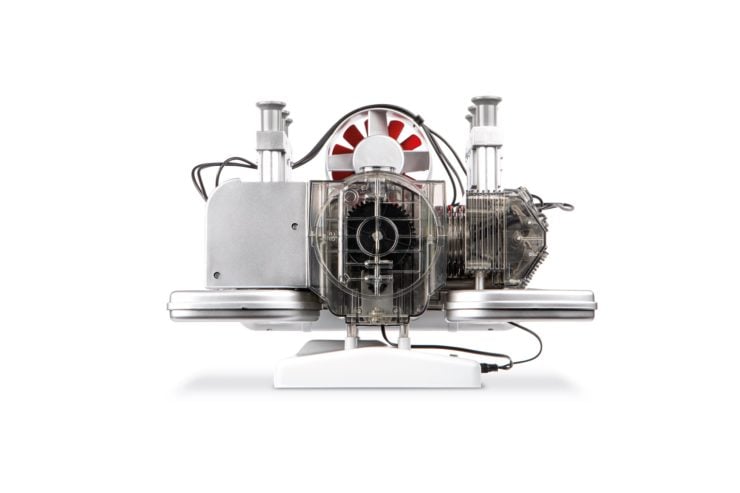