This is the Porsche 911 “Baja” Prototype #1, it was developed and built by TJ Russell and his team at Russell Built Fabrication in California and it’s now being offered for sale.

TJ has said that he wanted to take his lifelong passions for Porsche 911s and for trophy trucks and merge them into a single vehicle – arguably the most capable high-speed, off road Porsche ever developed.

Those with an appreciation for Porsche history and off road racing will remember the all wheel drive Porsche 953 that won the 1984 Paris–Dakar Rally. The car was essentially a prototype test bed for the upcoming Porsche 959, a planned production supercar that would homologate the model for Group B racing.

Above Video: Matt Farah of The Smoking Tire went to visit TJ Russell in 2021 and spend some time behind the wheel of the 911 Baja Prototype.

By the 1987 the Porsche 959 and its all wheel drive system was deemed ready to compete in the brutally competitive world of Group B rally, but the FIA cancelled Group B due to multiple driver and speculator fatalities – leaving the 959 with no where to race.

Later versions of the Porsche 959 with various modifications raced at the 24 Hours of Le Mans, taking a class win. The 959 would become one of Porsche’s most memorable production cars, as well as one of the most important and influential supercars ever made.

In more ways than one, the Porsche 911 Baja from TJ Russell and his team is, in many respects, the unofficial spiritual successor to those Porsche 959s that raced in the Dakar. 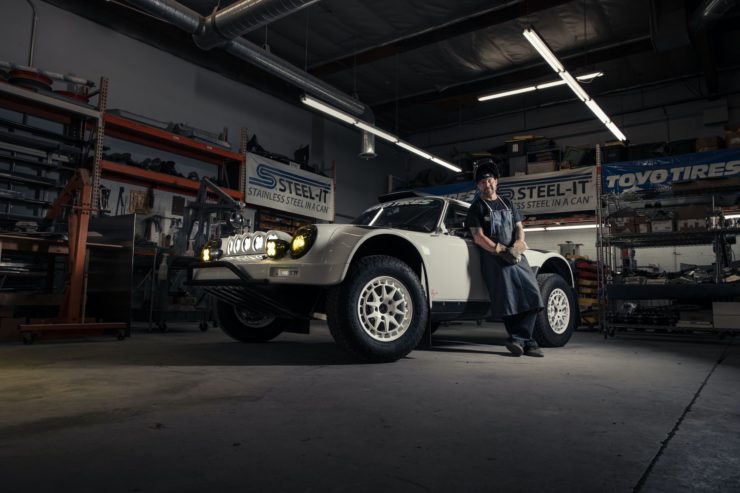 TJ Russell, the founder of Russell Built Fabrication, in his workshop with the completed Porsche 911 Baja prototype.

It’s a Porsche 959 rally racer for the 21st century that incorporates decades of technological advancement in off road racing, while staying true to its 911 roots – it keeps the steel unibody tub of the original car in place, as well as an original 911 engine in the back, and the all wheel drive system of the donor Porsche 964 911.

The project to design and build the Baja 911 took years, in part because each step needed to be standardized for use on the future builds.

The 3.8 liter flat six in the engine bay was built by Rothsport Road & Race, it now produces 360 bhp and 310 ft lbs of torque. The engine is fitted with independent throttle bodies, plenums, a Motec ECU, and a GT3 exhaust system, power is sent through a five-speed G50 transmission to either the rear wheels only or all four wheels.

The original outer body panels of the 964 911 were largely removed and replaced with custom composite panels, both for weight savings and to give the car a much wider track width – the Baja 911 is now 15 inches wider than the 964 and three inches longer. 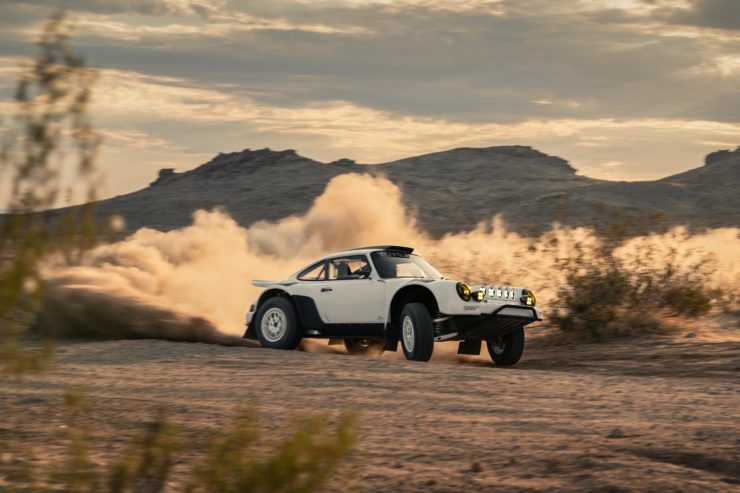 As the above video shows, the 911 Baja is an exceptionally quick vehicle off road due to its carefully designed suspension system that soaks up bumps thanks to its 12 inches of travel up front and 13 inches in the back.

The core spaceframe of the car was built into the original tub, it’s an aerospace-grade chromium molybdenum steel structure that vastly strengthens the car while also making it far safer in the event of an accident or roll over.

With custom built off road coilover suspension front and back, the Baja 911 has 12 inches of travel up front and 13 inches in the rear. There’s an FIA specification fuel cell up front that was designed in such a way to make room for a full-size 30 inch spare tire.

As an RS-specification build this car has no stereo or air conditioning to keep the weight down, though there is a fresh air vent to keep the interior cool when out blasting across the desert.

This unusual 911 is now being sold in a live online auction on Collecting Cars. At the time of writing there are still a few days left to bid, and the car is based out of Sun Valley, California. 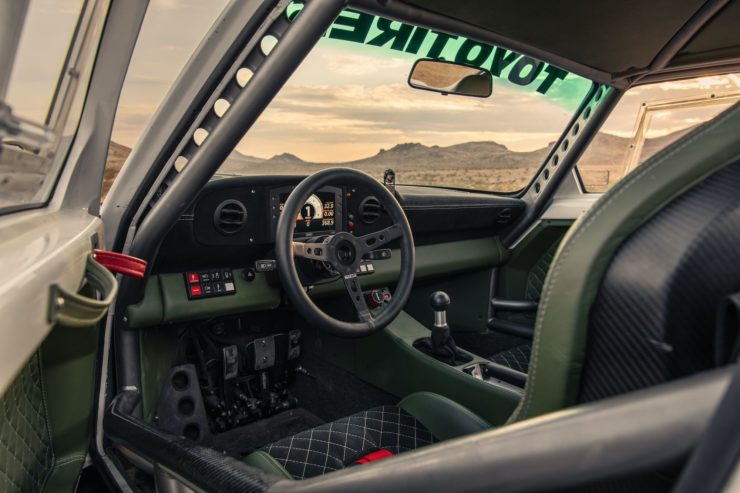 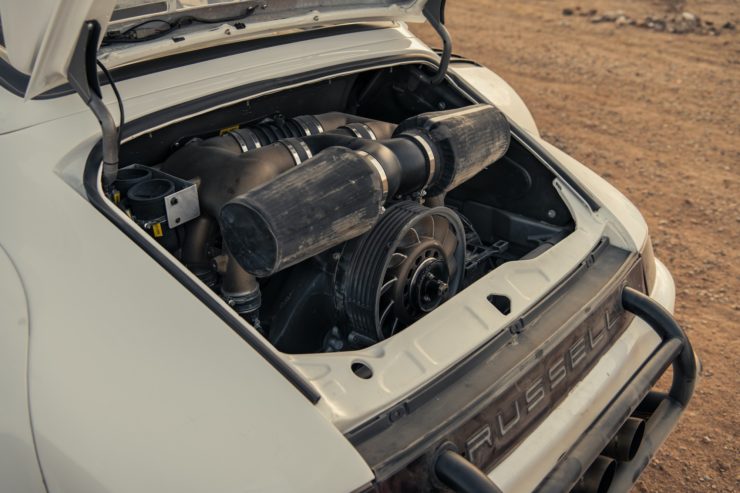 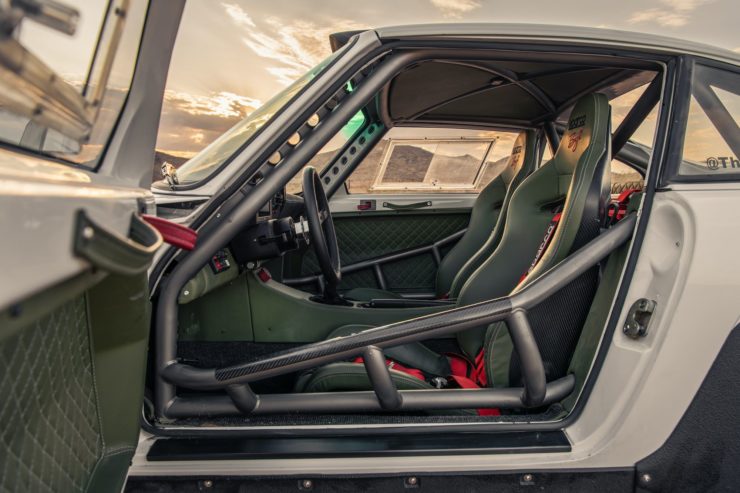 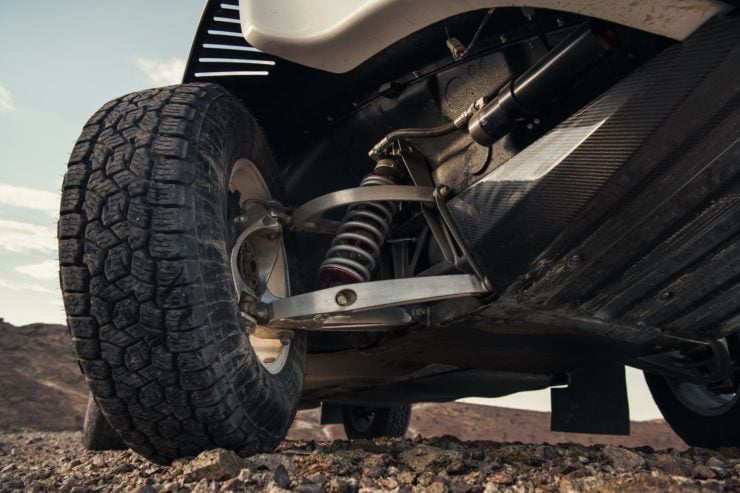 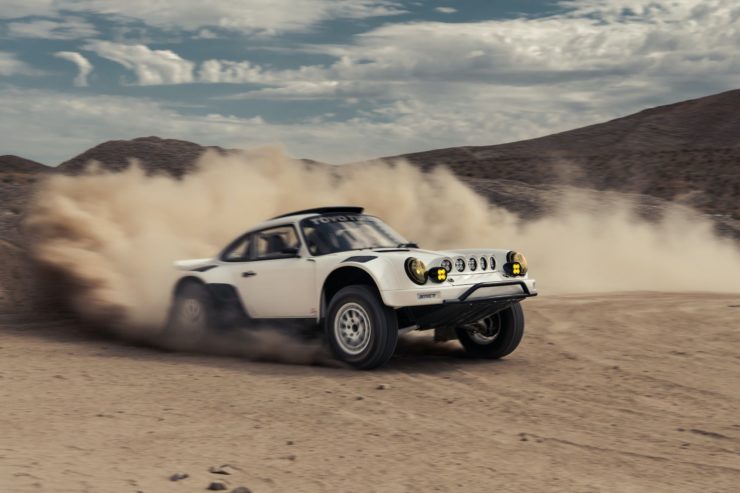 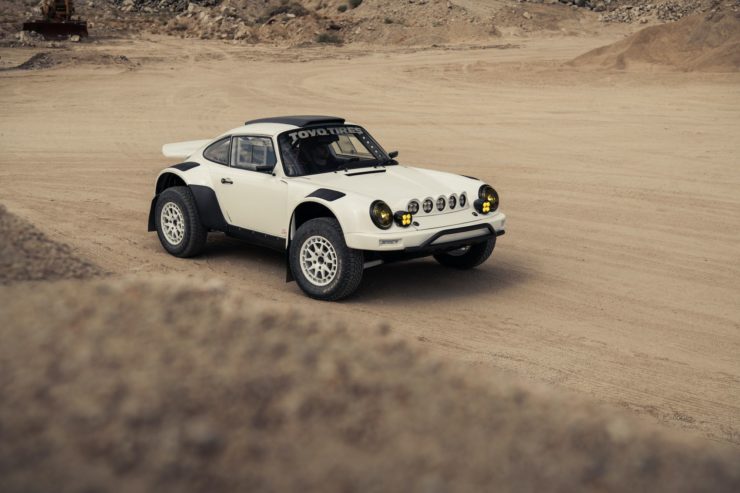 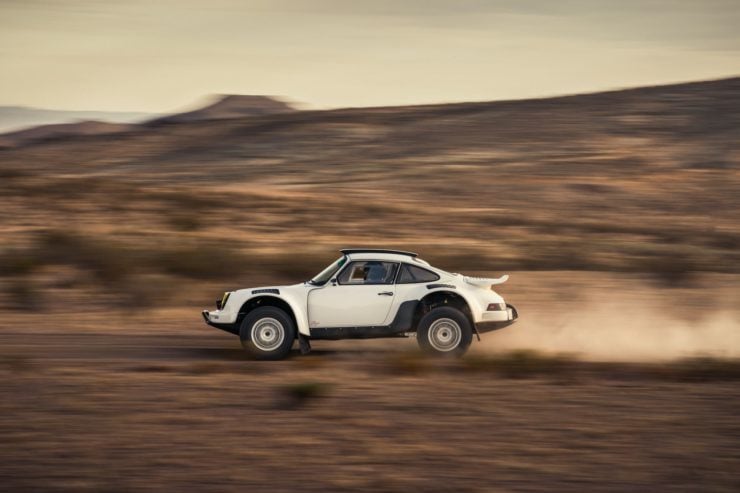 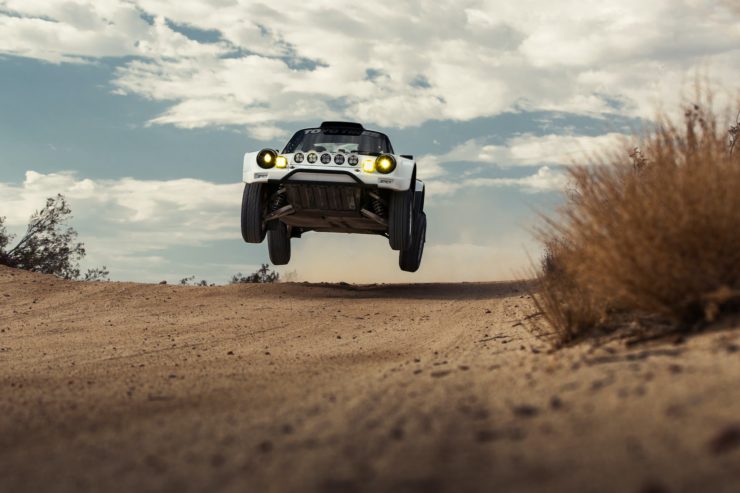 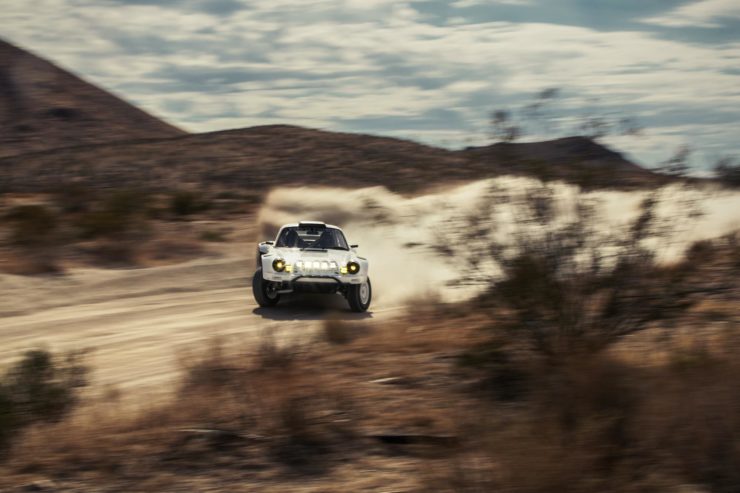 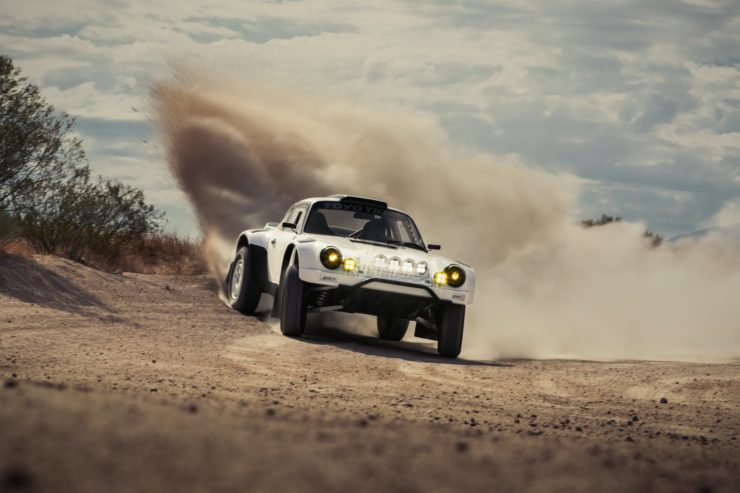 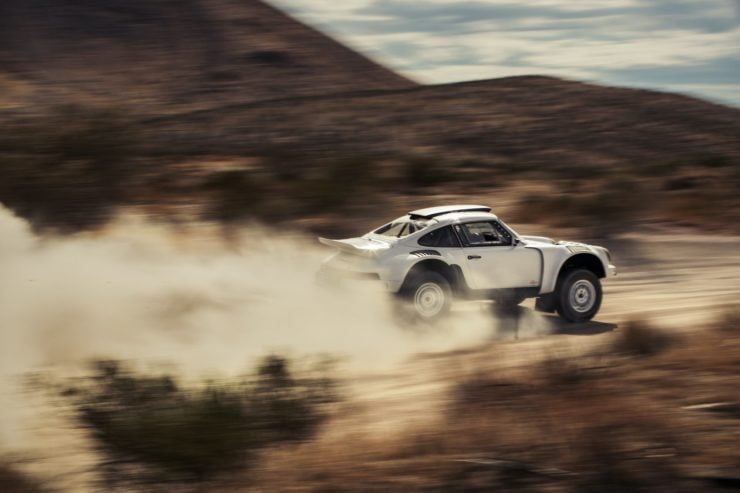 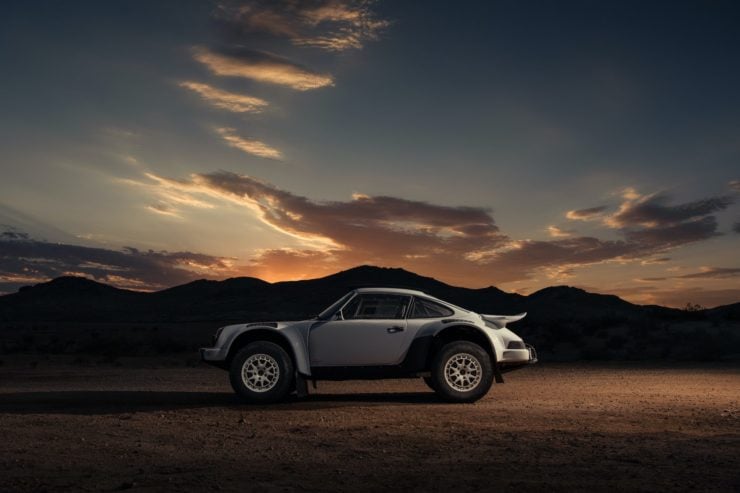 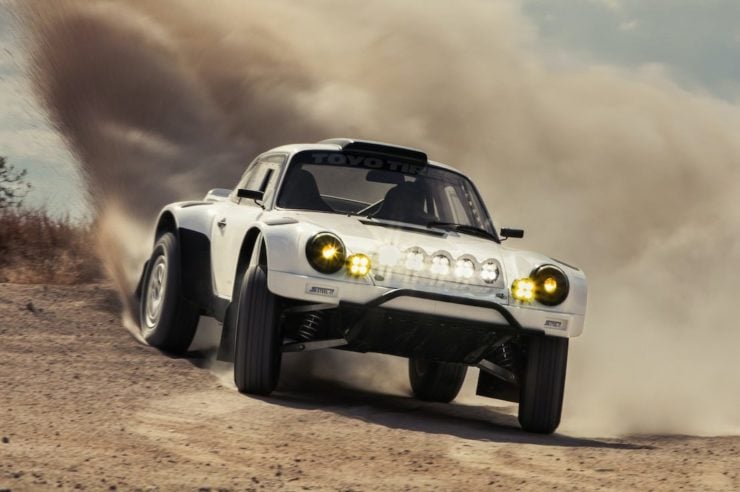 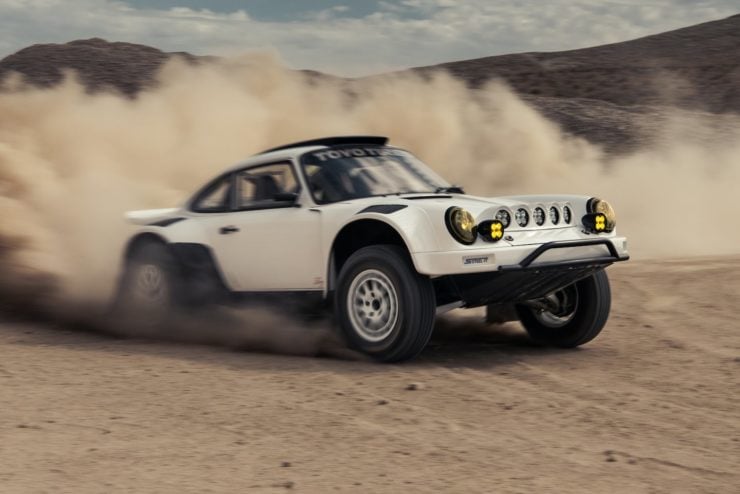 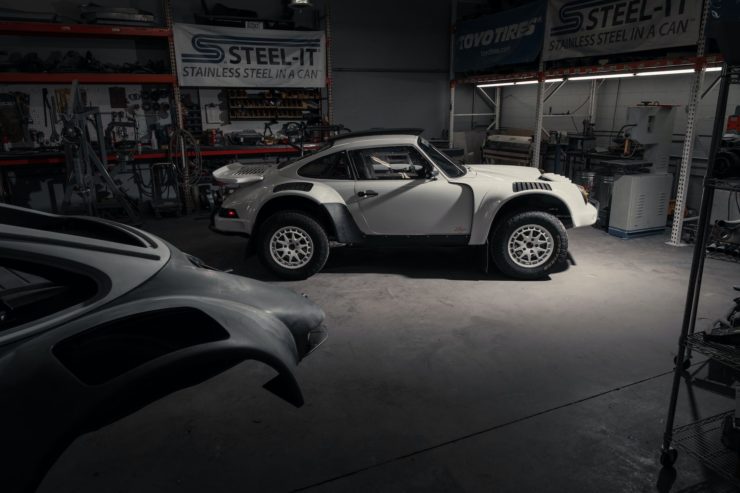