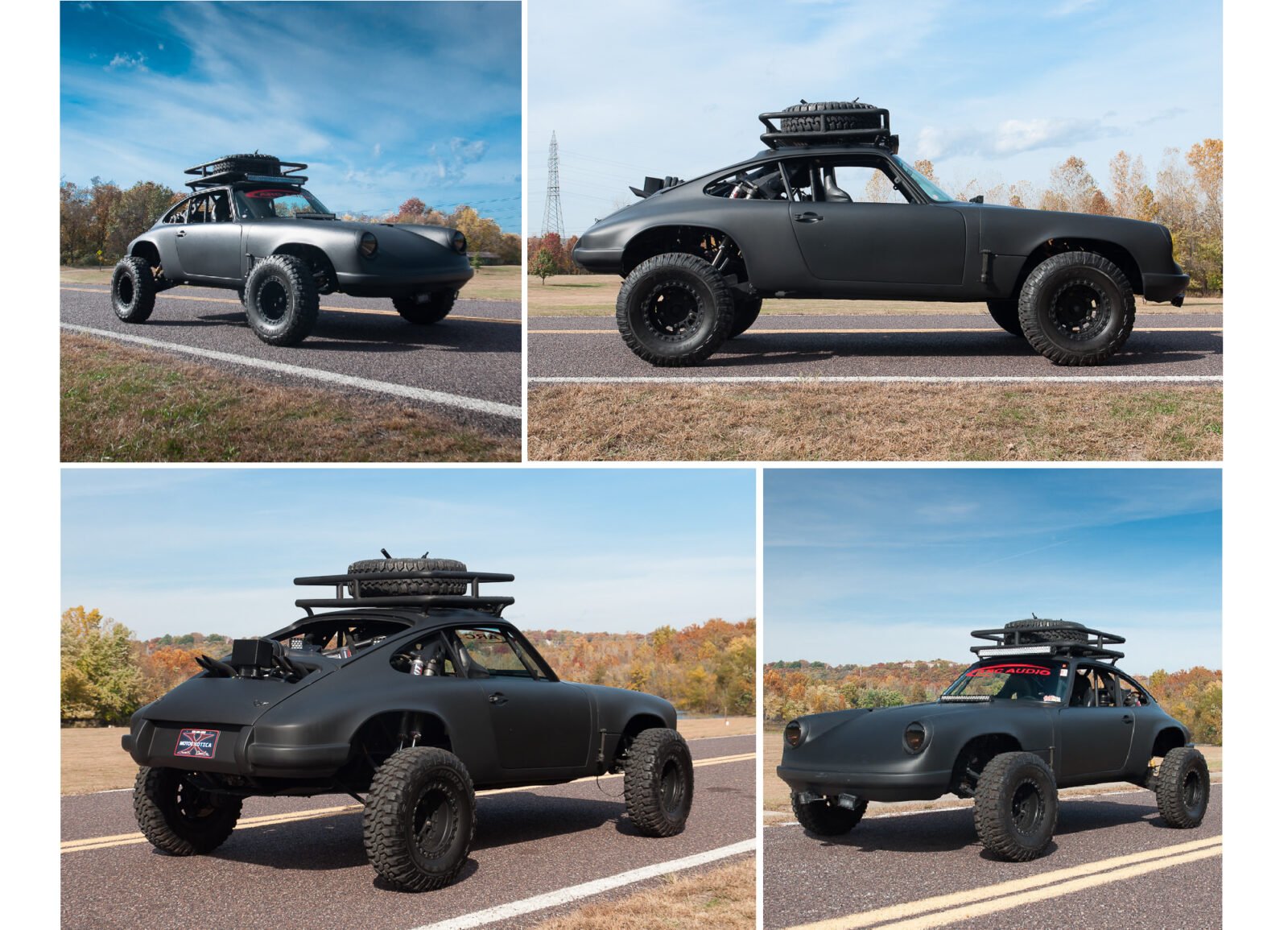 This unusual off-road racer started life as a 1969 Porsche 911, its early life is largely lost to history but what we do know is that the well-known classic car hunter Michael Lightbourn discovered it, bought it, then set to work turning it into a one of a kind Baja racer.

Lightbourn earned the nickname “The West Texas Scout” for his uncanny ability to find historic cars that many considered lost to the sands of time. His most famous discovery was undoubtably the Orbitron, a custom car built by Ed “Big Daddy” Roth in 1964.

The Orbitron had been lost for over 35 years and many considered it likely destroyed – the last piece of information about it was that it had been sold to a couple of Mexican chaps in the mid-1970s who planned to use it in a carnival.

After much digging, many phone calls, and no small number of false leads Lightbourn discovered the Orbitron in 2007. It was in rough shape sitting outside an adult sex shop in Juarez, Mexico. The car has since been saved and returned to the United States. 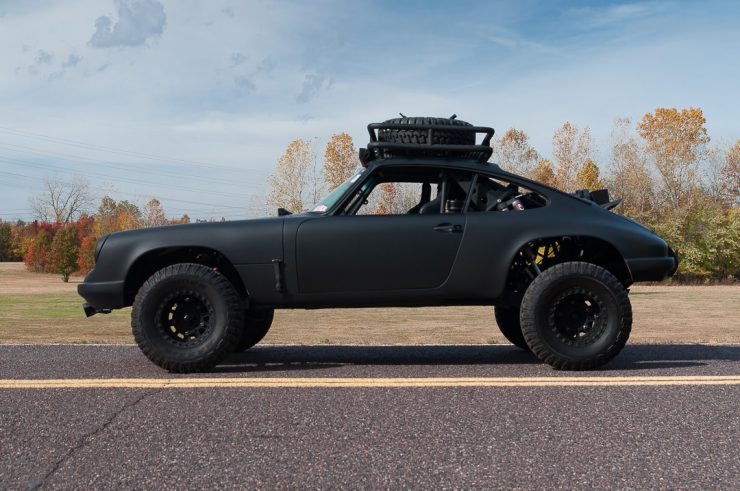 No corners were cut and no budgetary restrictions interfered with its construction. The original all-steel Porsche 911 body was mounted to a tubular steel Baja racing chassis with a tuned 2.3 litre Volkswagen flat-four cylinder engine with four open exhausts exiting above the engine bay, and a four-speed gearbox.

VW flat-four engines have been tried and tested in desert racing for decades, the simple air-cooled motors obviously don’t need heavy liquid cooling systems – eliminating one potential point of failure. Aftermarket parts availability for high-performance VW engines is excellent, with custom builds producing 180 to 200+ hp, up from the ~39 hp they made from the factory.

The Baja chassis includes a full roll cage, independent front and rear suspension, with single Exit shock absorbers on each front wheel and twin Exit shocks for each wheel in the rear. The wheels are external to the body of the car in order to allow full freedom of movement with no concerns about wheel arch clearance. 15 inch custom three-piece billet OMF performance racing wheels are fitted to all four corners (and one on the roof) with Maxxis Bighorn off-road tires. 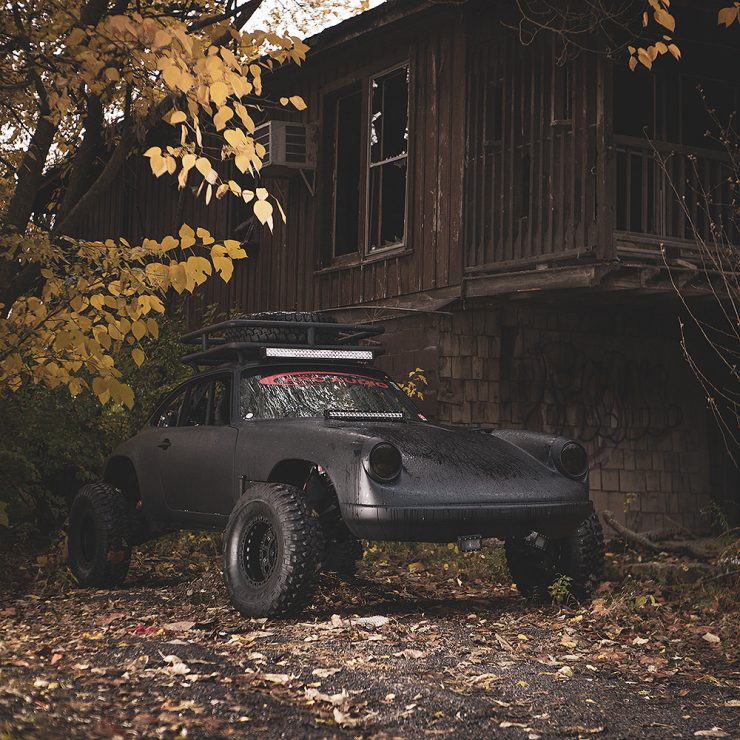 A roof rack provides space for a spare wheel with a little room to spare for additional supplies, and there are two sets of Bully Dog LED light bars, with no traditional headlights used. The only piece of glass is the windscreen, the side and rear windows are removed for both airflow and safety reasons.

Inside the Baja 911 there are twin racing bucket seats, Autometer gauges, a flat-bottomed steering wheel, and side-intrusion bars. As you would expect there’s a full ARC audio system installed, and just to finish things off the chassis and underside of the body have been coated with U-POL Raptor lining, with stealth paint used on the body that was purchased directly from the Air Force surplus department – it’s listed as being the same finish used on the Stealth Bomber.

The good news is that the Baja Porsche 911 is currently for sale on eBay with the reserve price already met, the bad news is that it’s not road legal, though it would likely be very welcome in any desert race on earth. 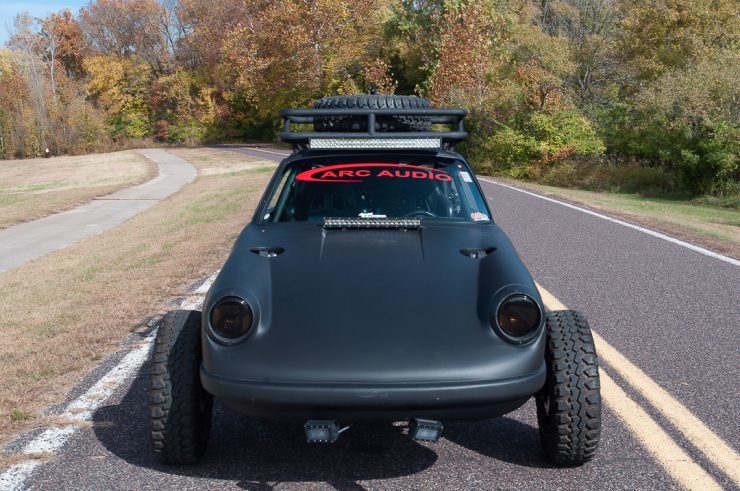 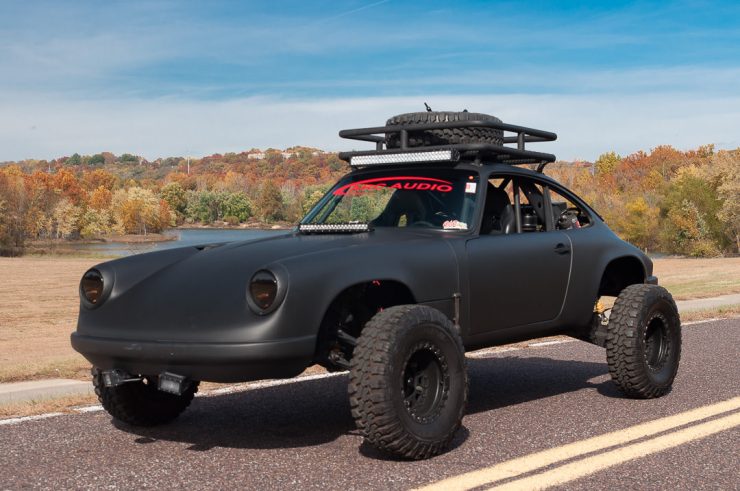 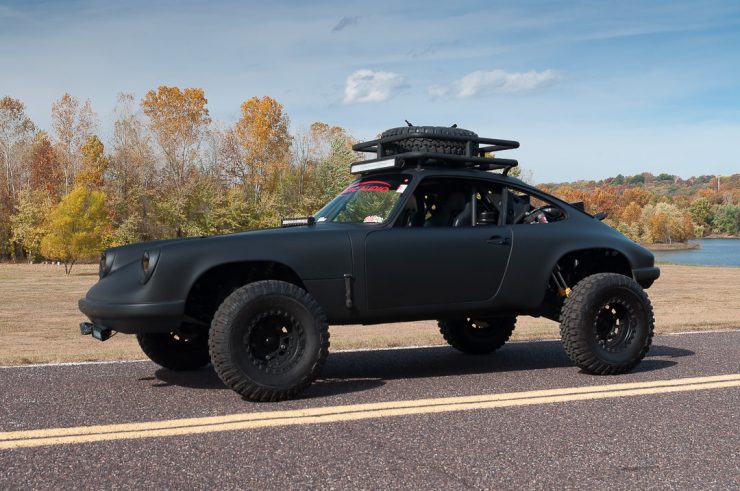 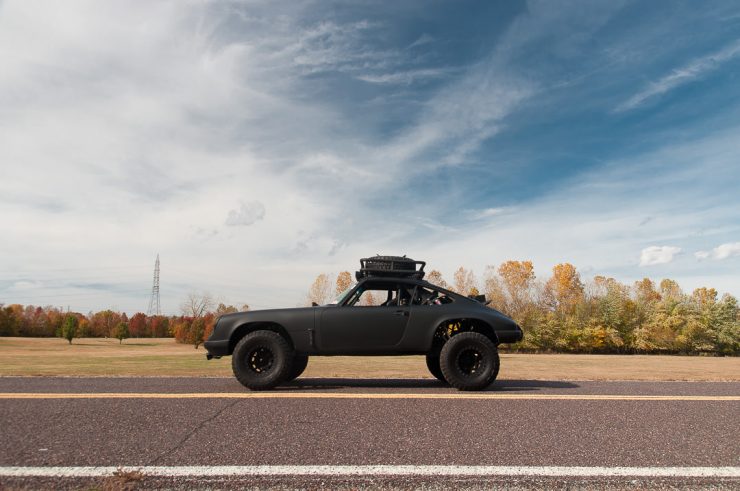 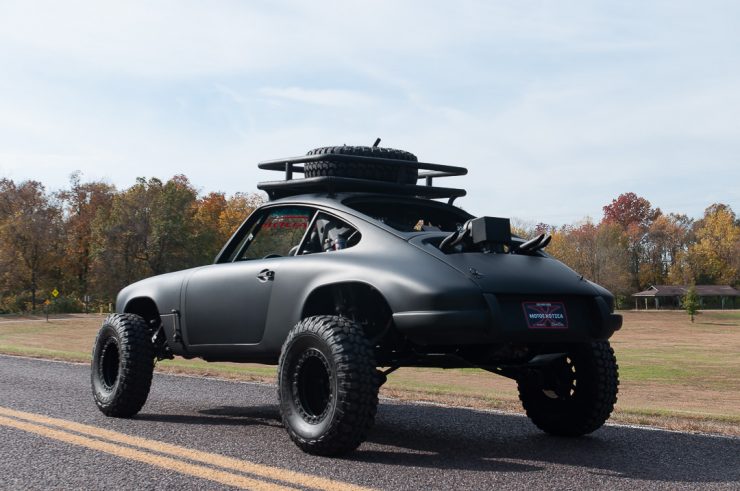 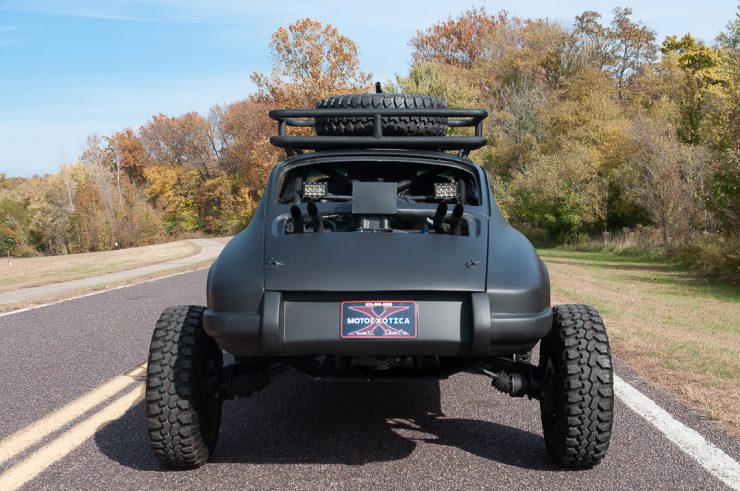 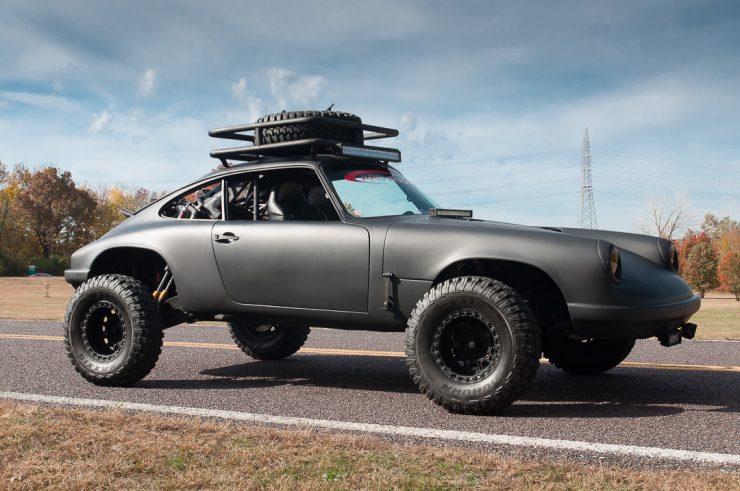 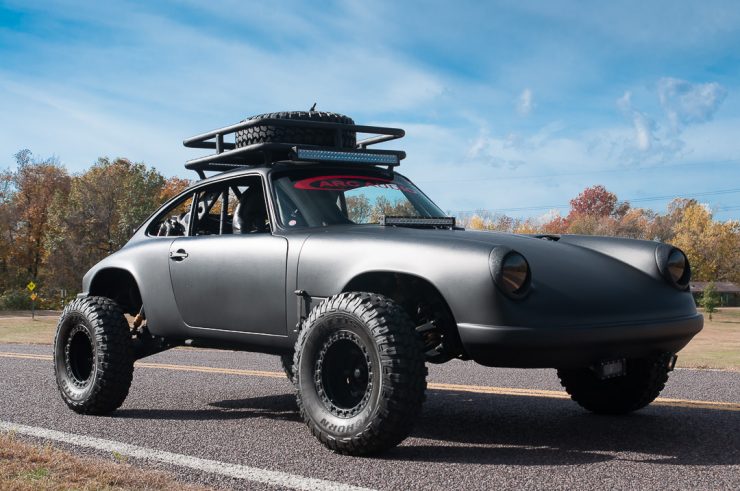 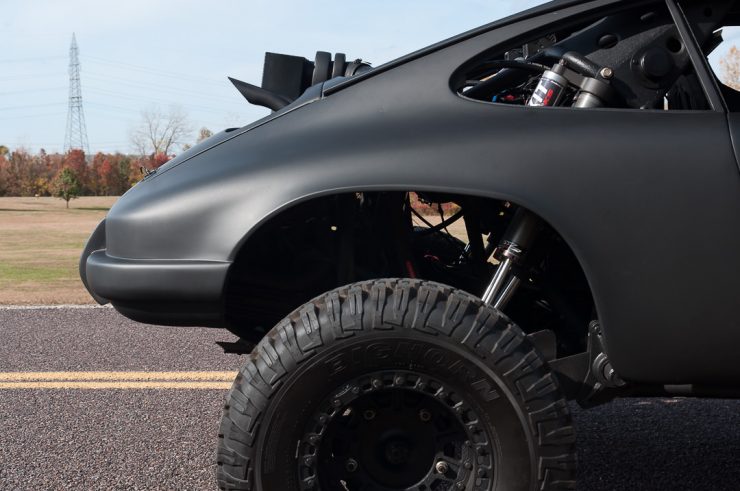 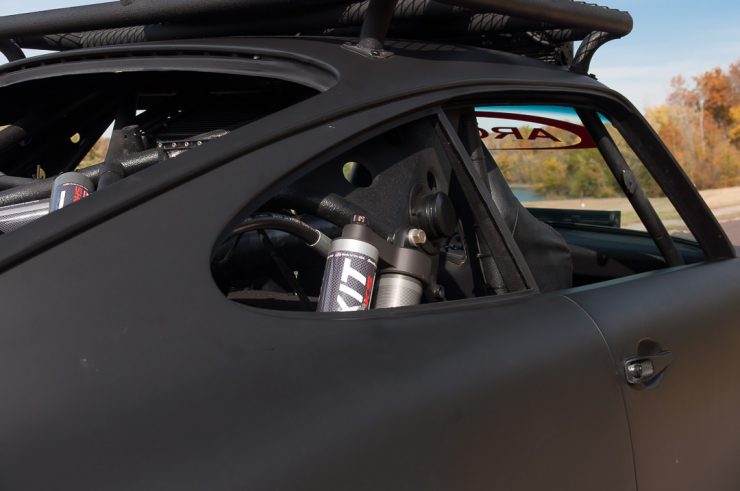 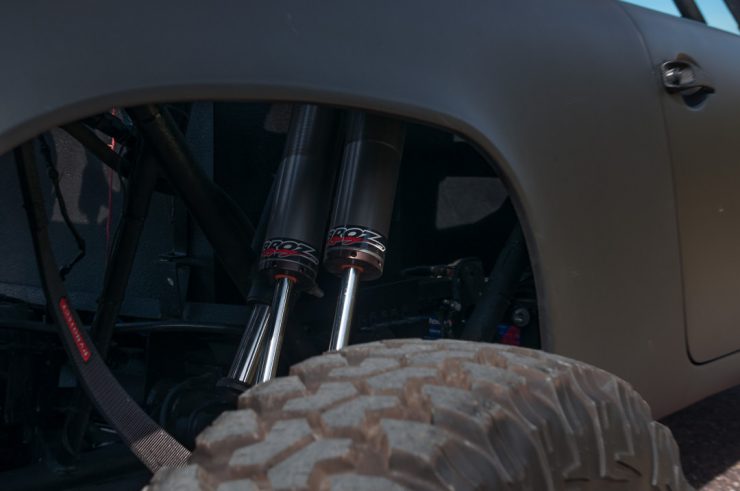 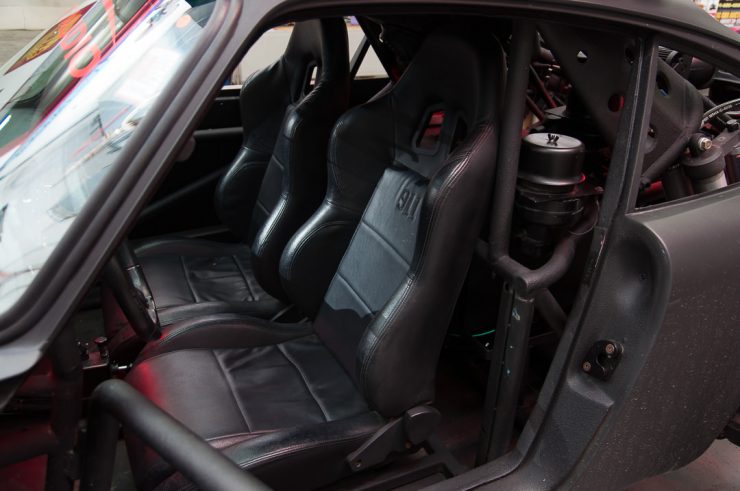 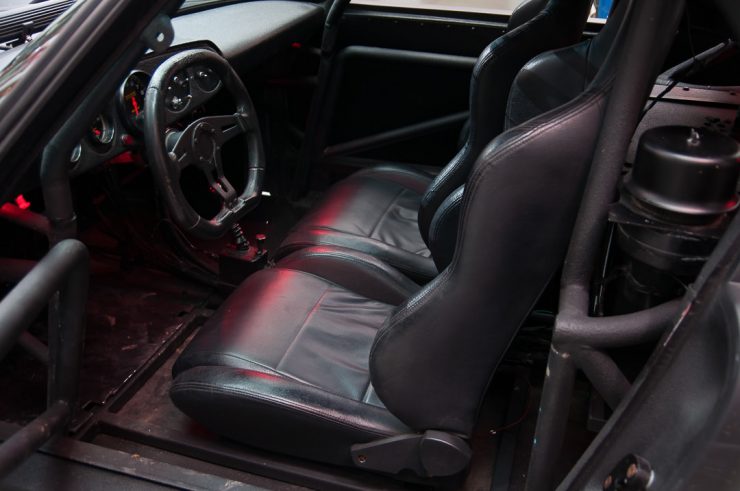 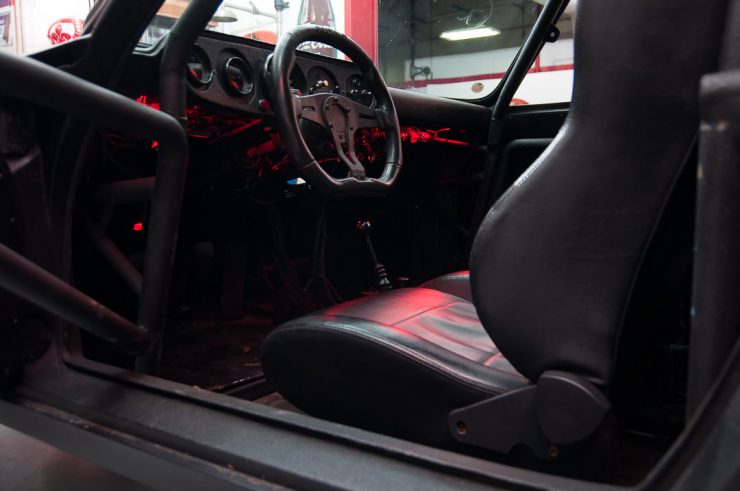 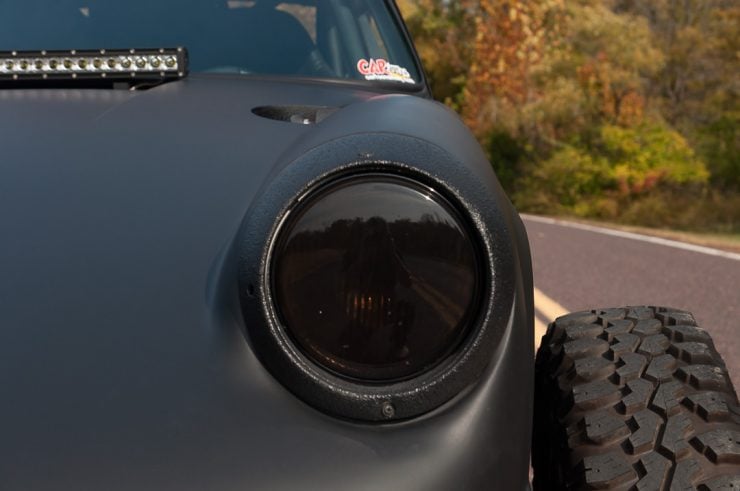 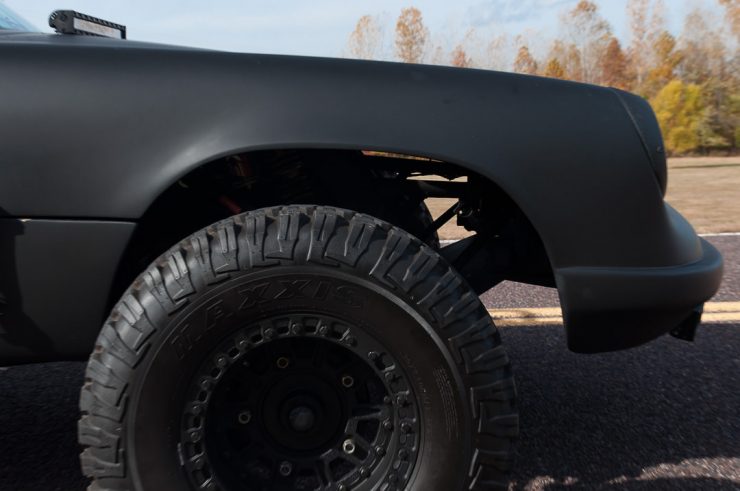 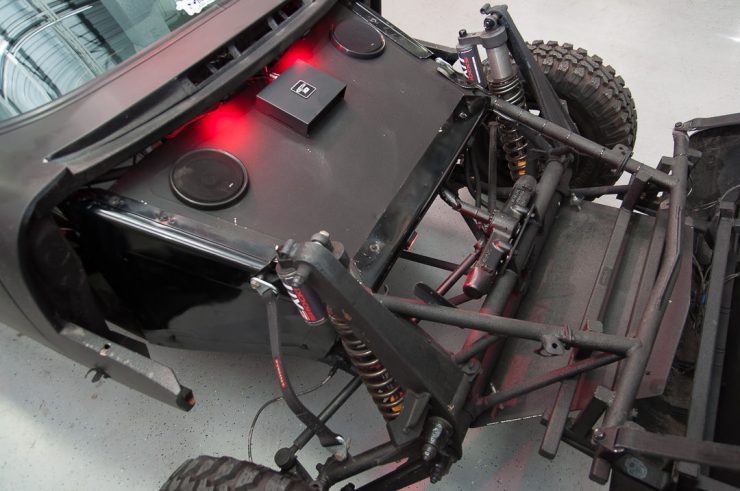 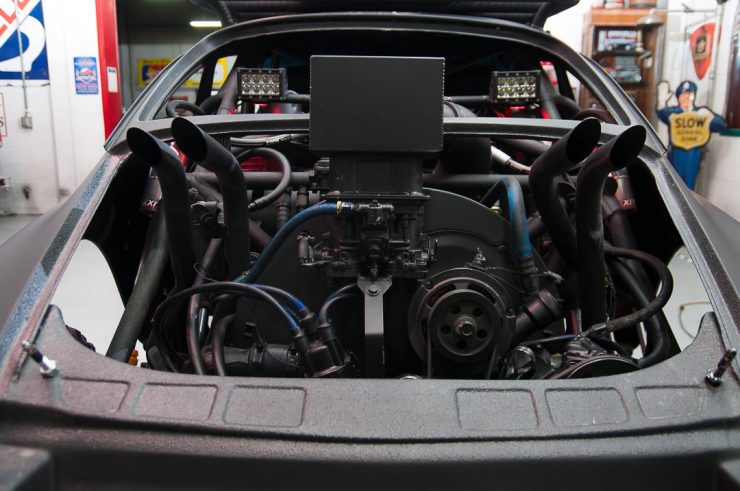