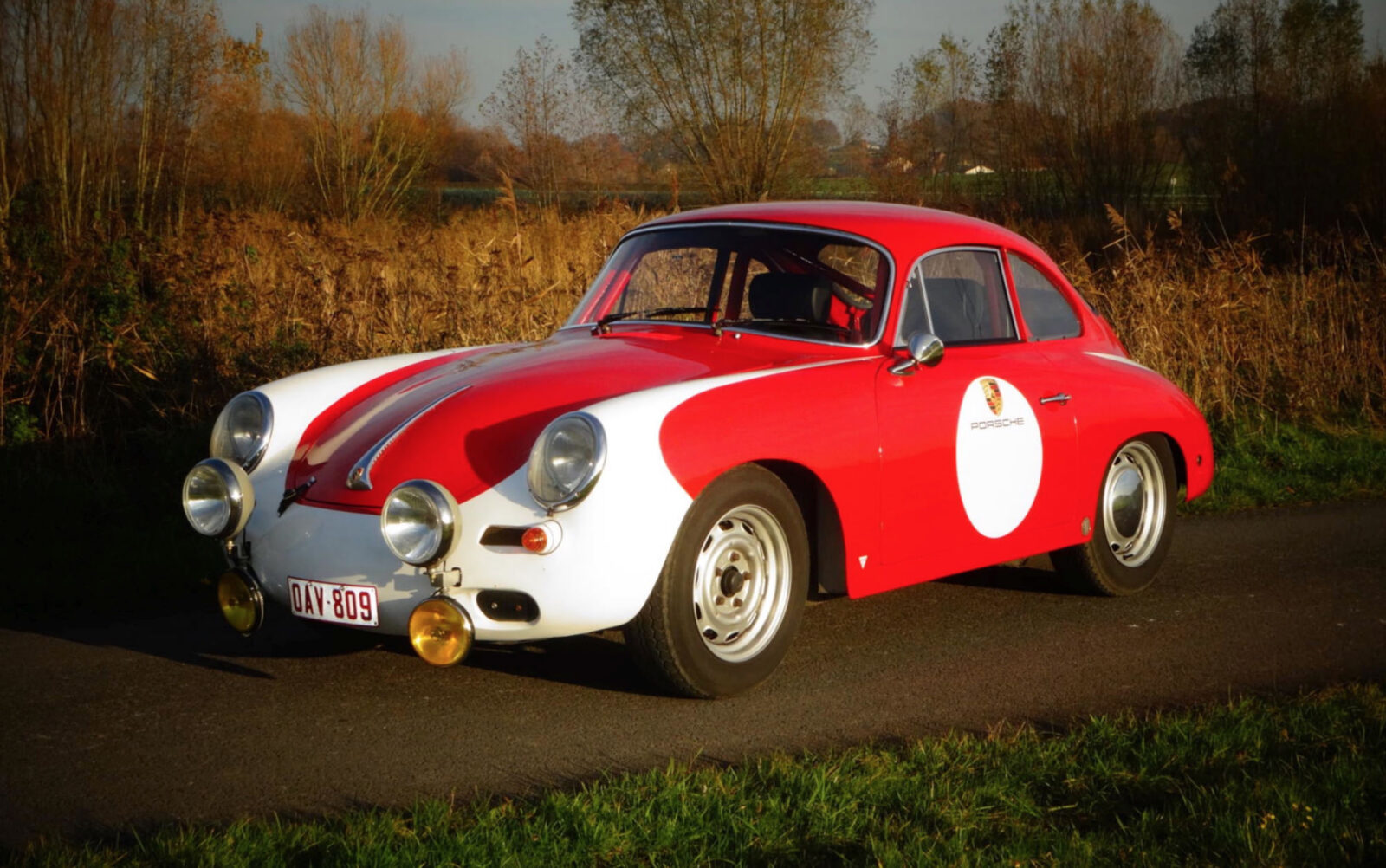 There’s little doubt that Porsche’s 356 is one of the more important sports cars of the mid-20th century, it was the first production car made by Porsche and only their second model after the 1939 Porsche 64.

The recipe that made the 356 great was a simple one – it had a rear mounted flat-4, a lightweight monocoque body and class-leading aerodynamics. Over the course of the 356s production run over 74,000 would be made, and it’s estimated that roughly half that number survives to the modern day.

The car you see here is a 356C 1600 SC, it was the last and most evolved of the 356 models with the SC designation indicating that it’s fitted with the most powerful pushrod engine Porsche ever produced. Production of the 356 peaked in 1964 – a year after the Porsche 911 was released, a car that was originally meant to be the replacement for the 356.

Due to the popularity of the now 15 year old design, Porsche kept it in production until 1965 when it was replaced with the similarly-engined Porsche 912.

Many 356s were modified for racing, this particular car is one of them. It started life as a factory stock 356C 1600 SC and spent the early years of its life in this configuration until it was sold from the USA to Belgium, where it was fitted with a roll cage, the carpeting was removed, the rear seats were taken out, the bumpers were taken off and the side windows were replaced with plexiglas. Two modern bucket seats were then fitted with 4-point safety harnesses, and a Tripmaster/chronometer were added to the dashboard.

Fresh from a recent engine rebuilt this 356 is being offered for sale in Paris on the 5th of February 2015 with an estimated hammer price of between €50,000 and €70,000 – making it quite an affordable entry into the often cost-prohibitive world of vintage automobile racing. 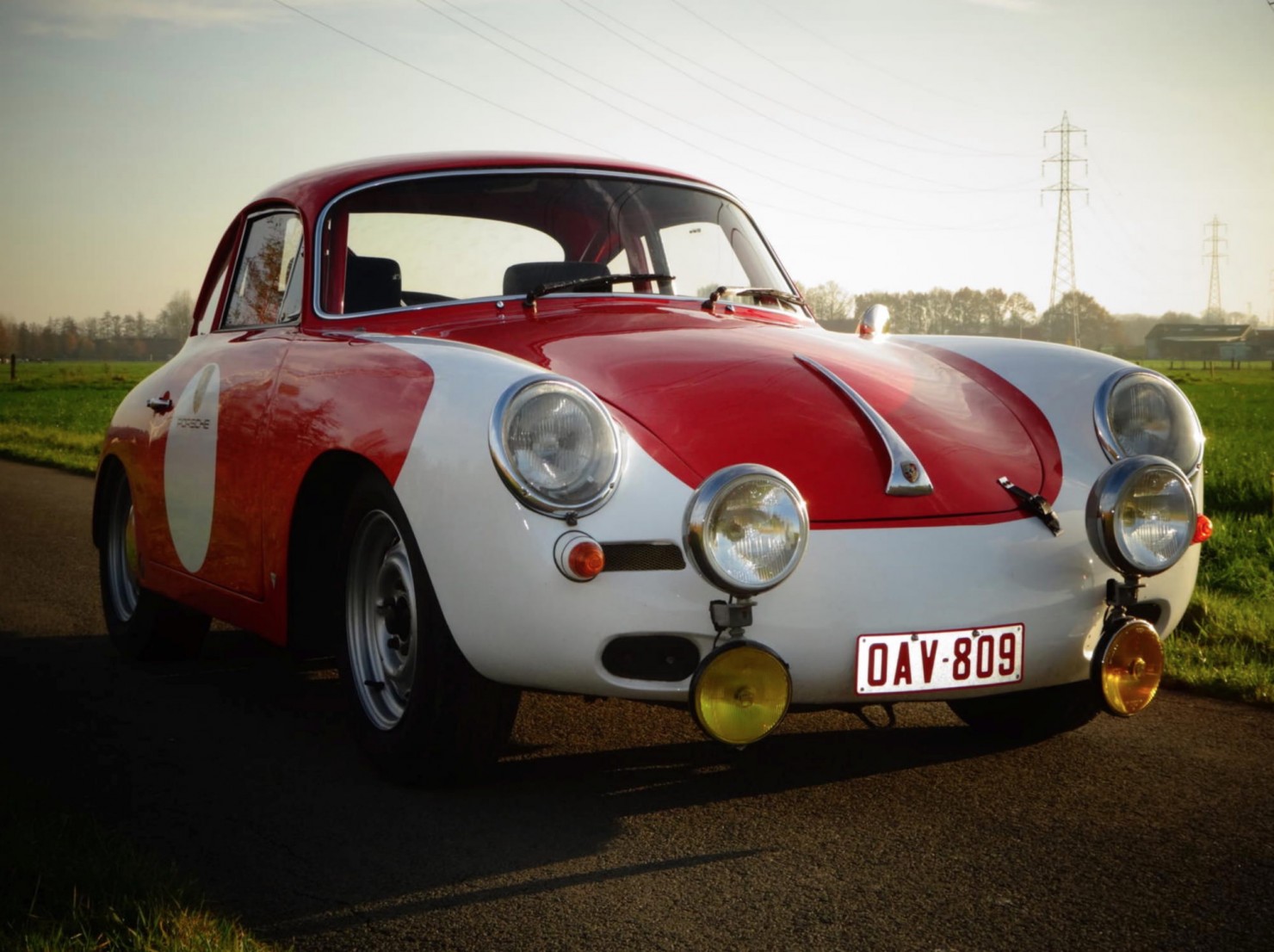 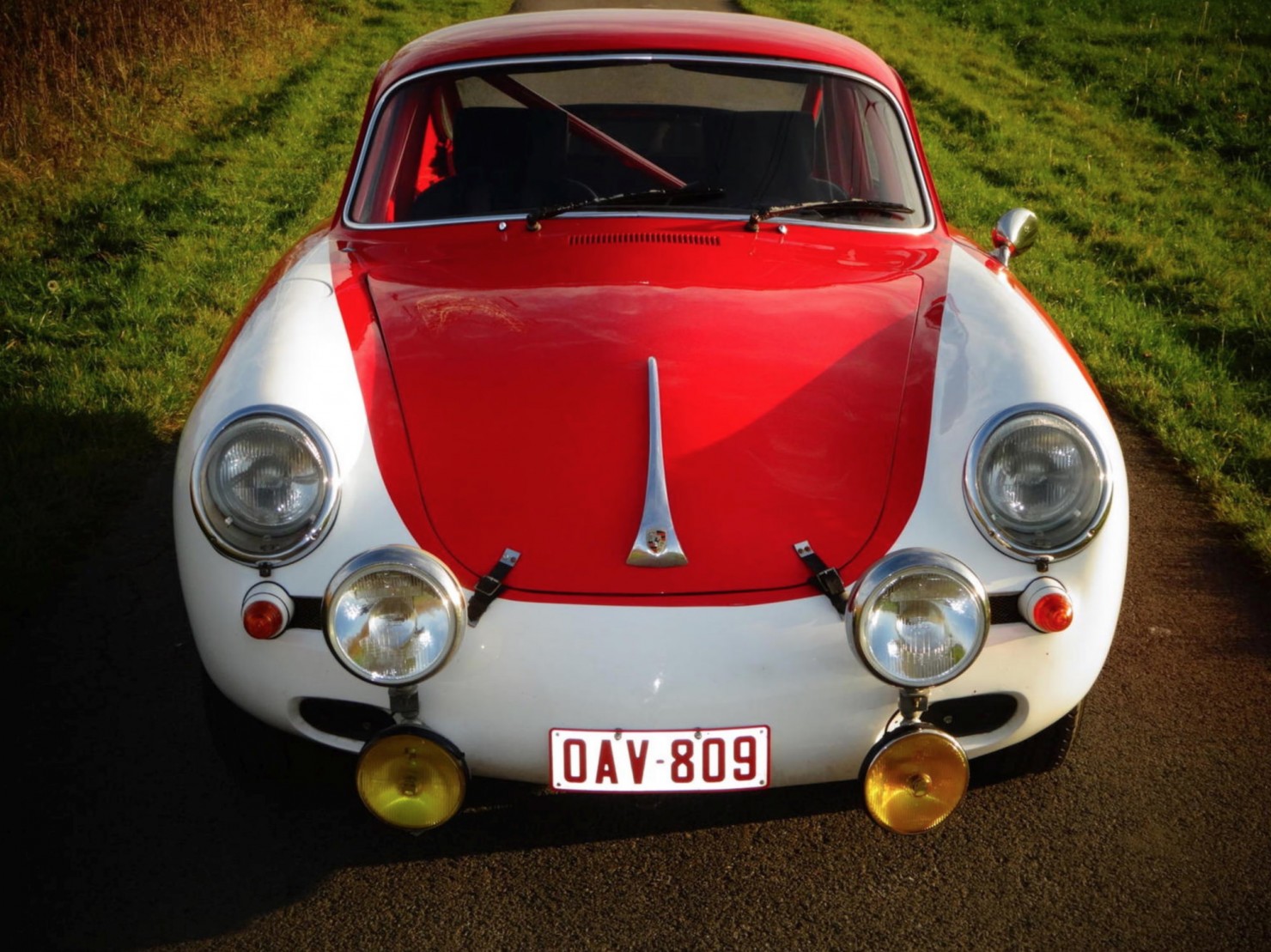 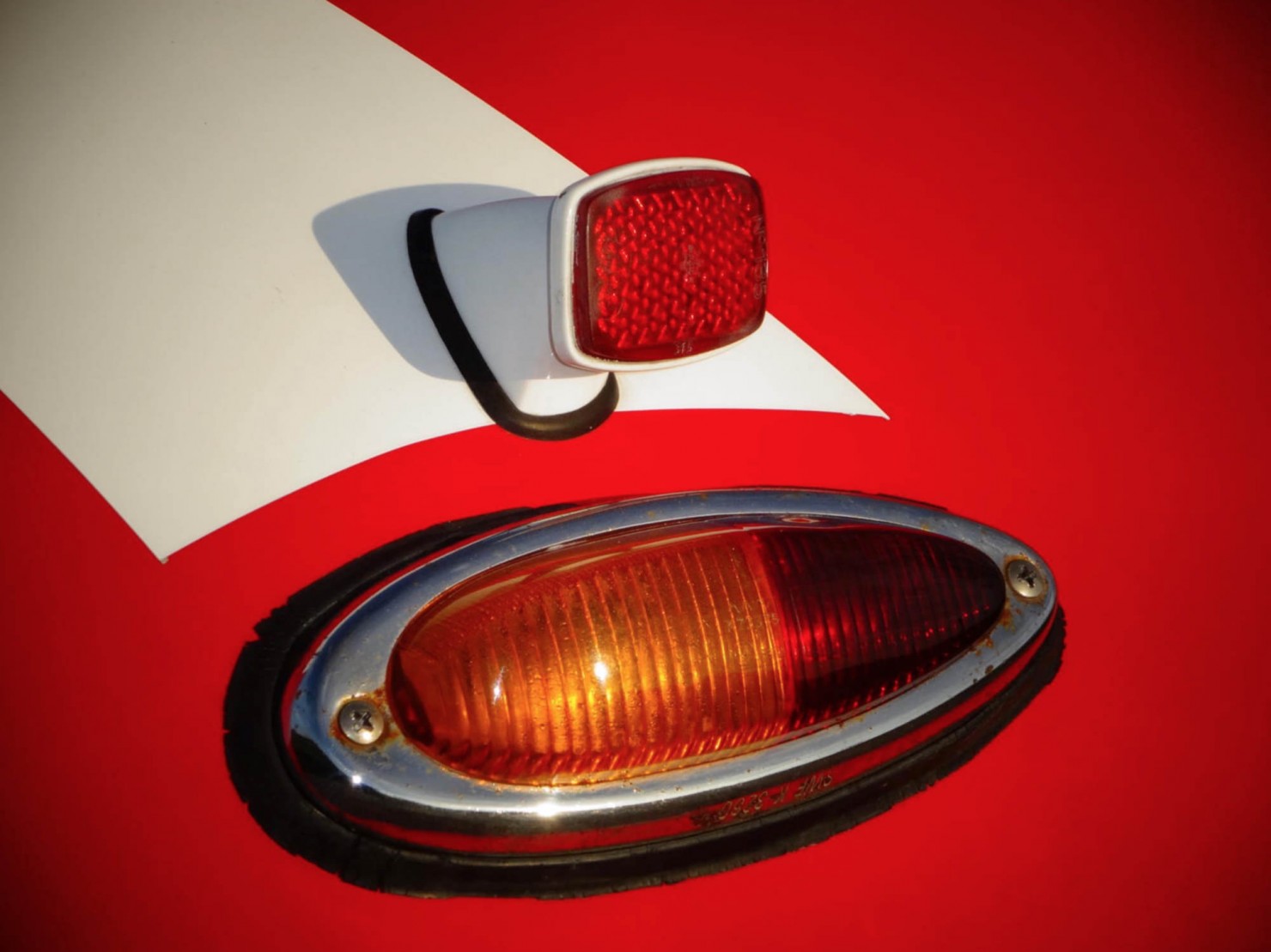 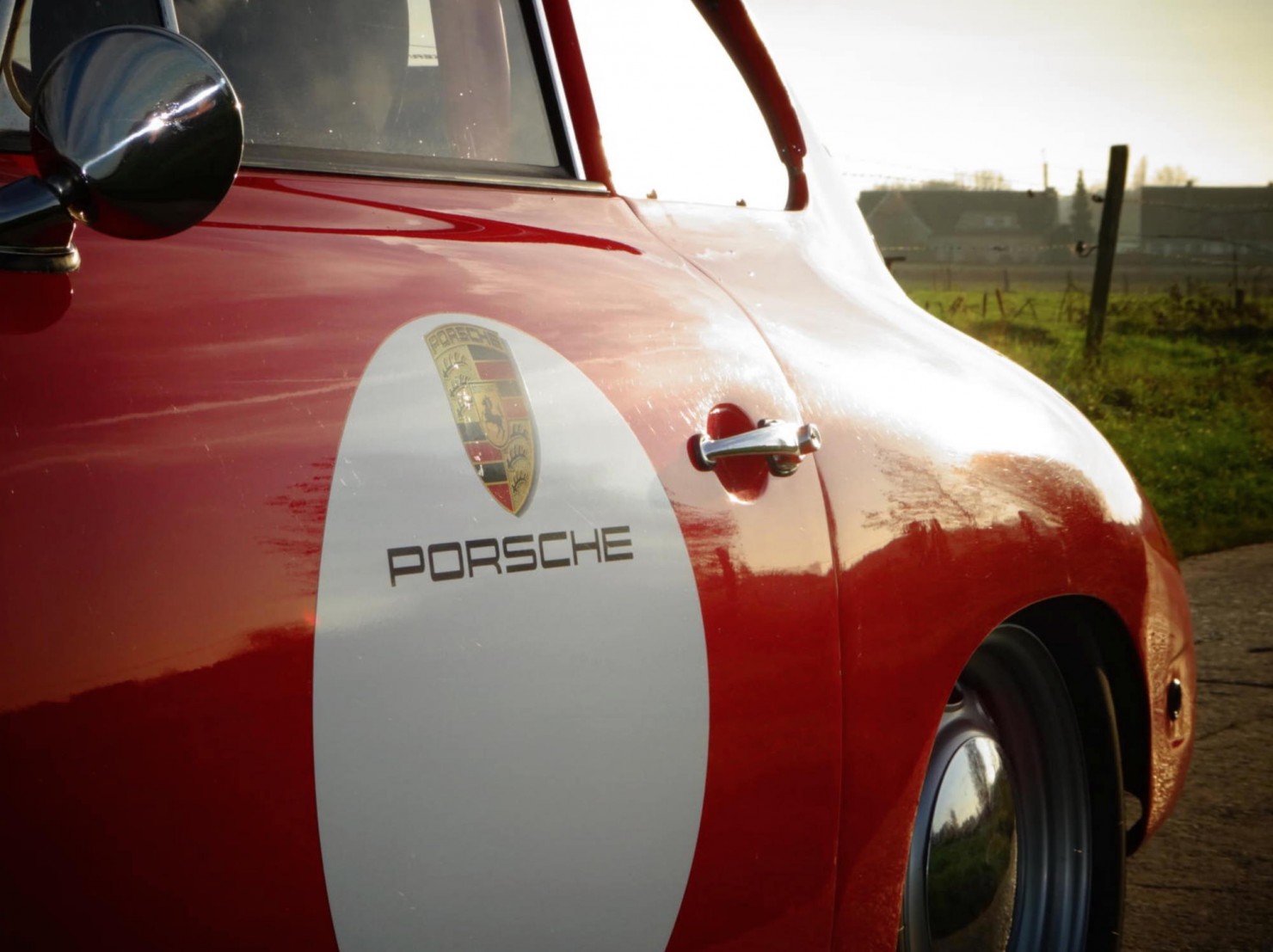 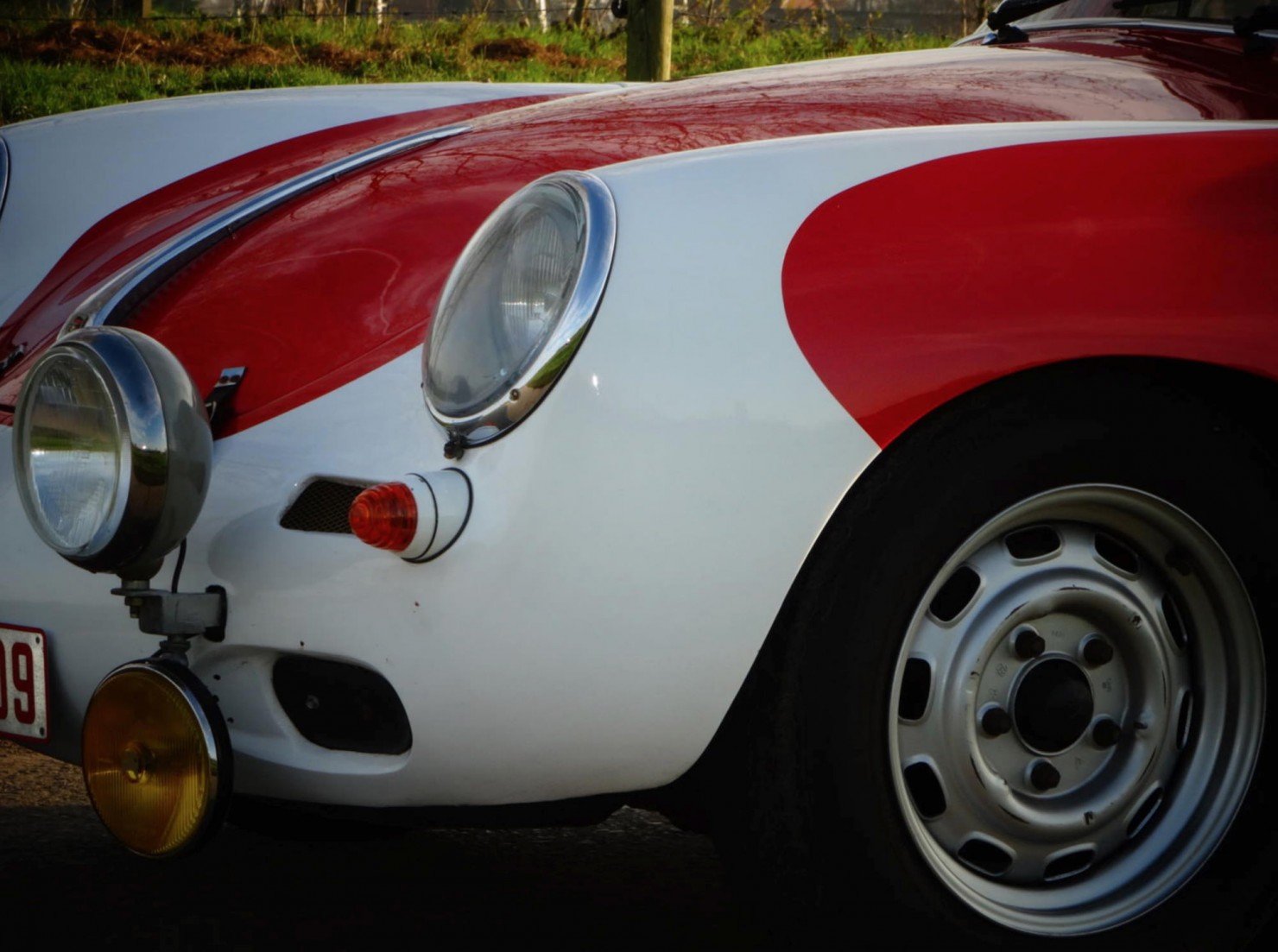 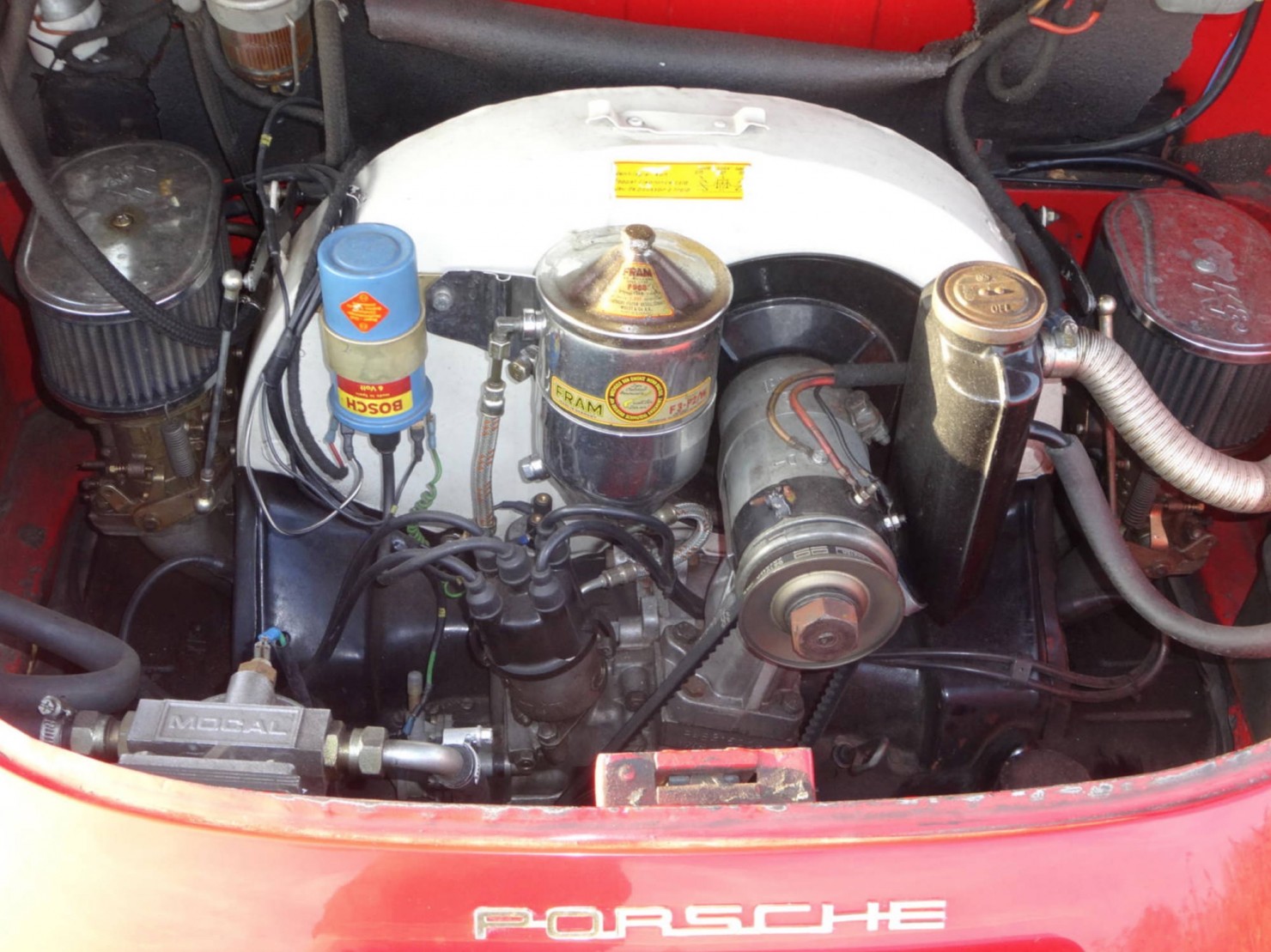 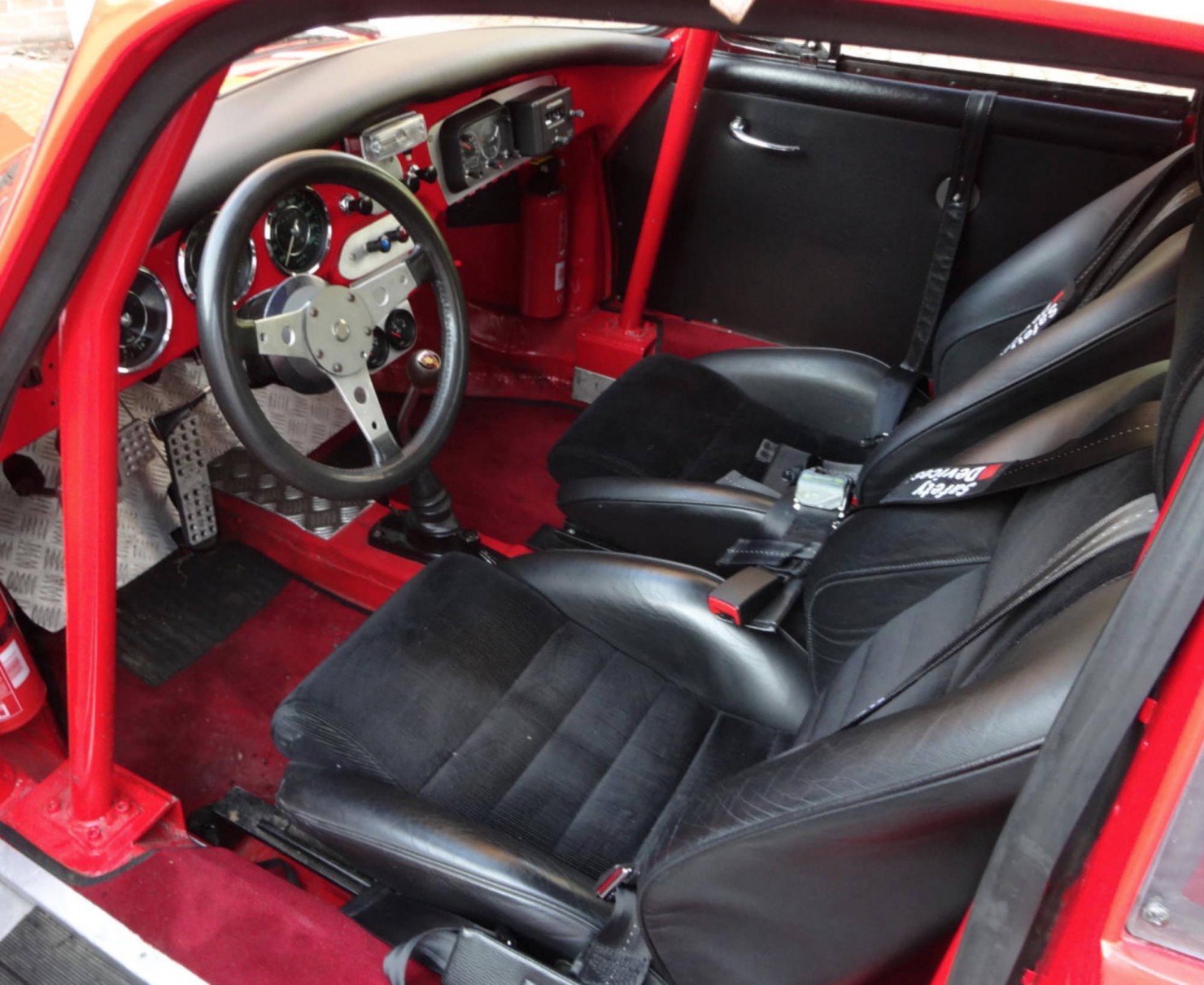 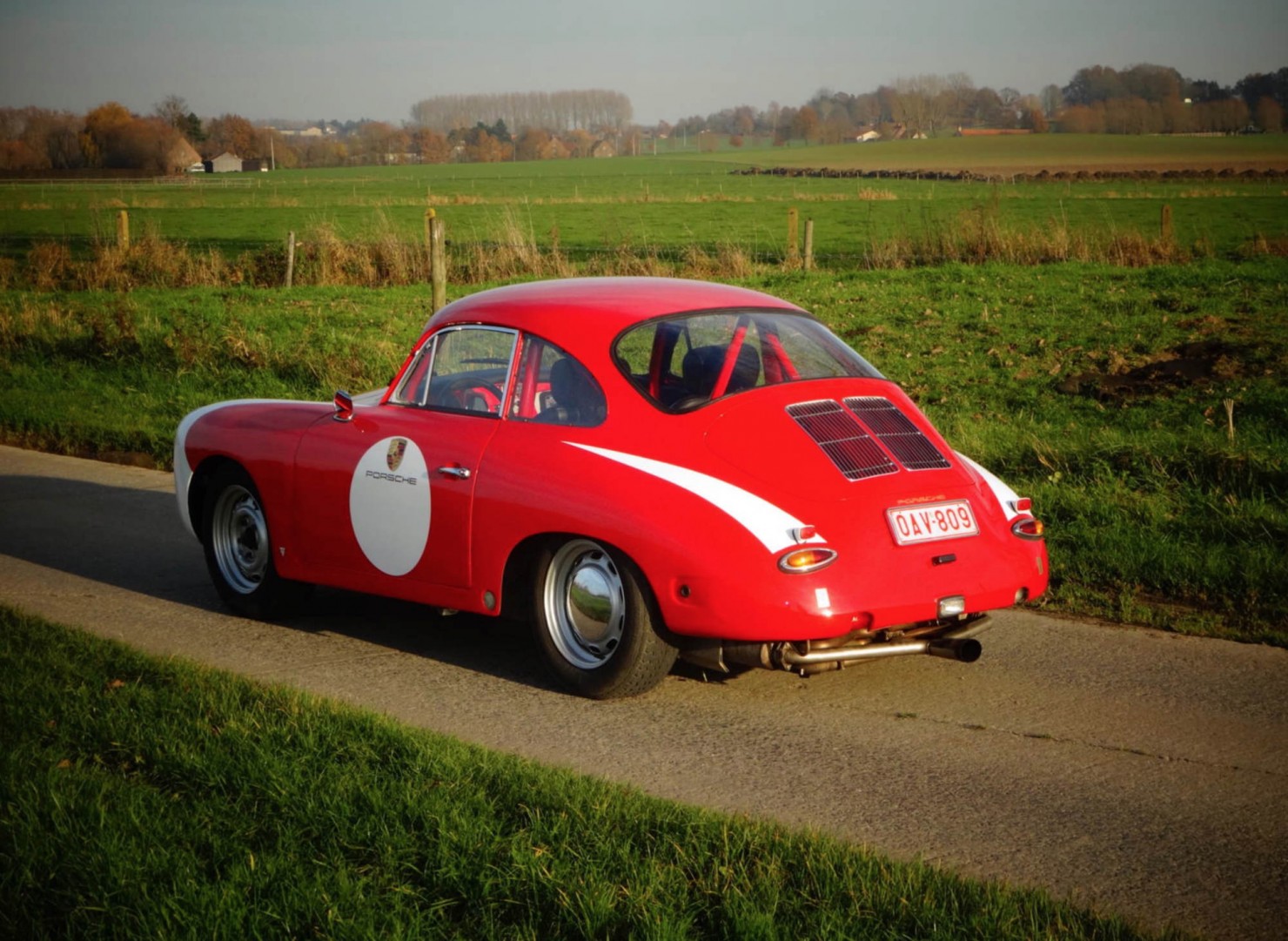 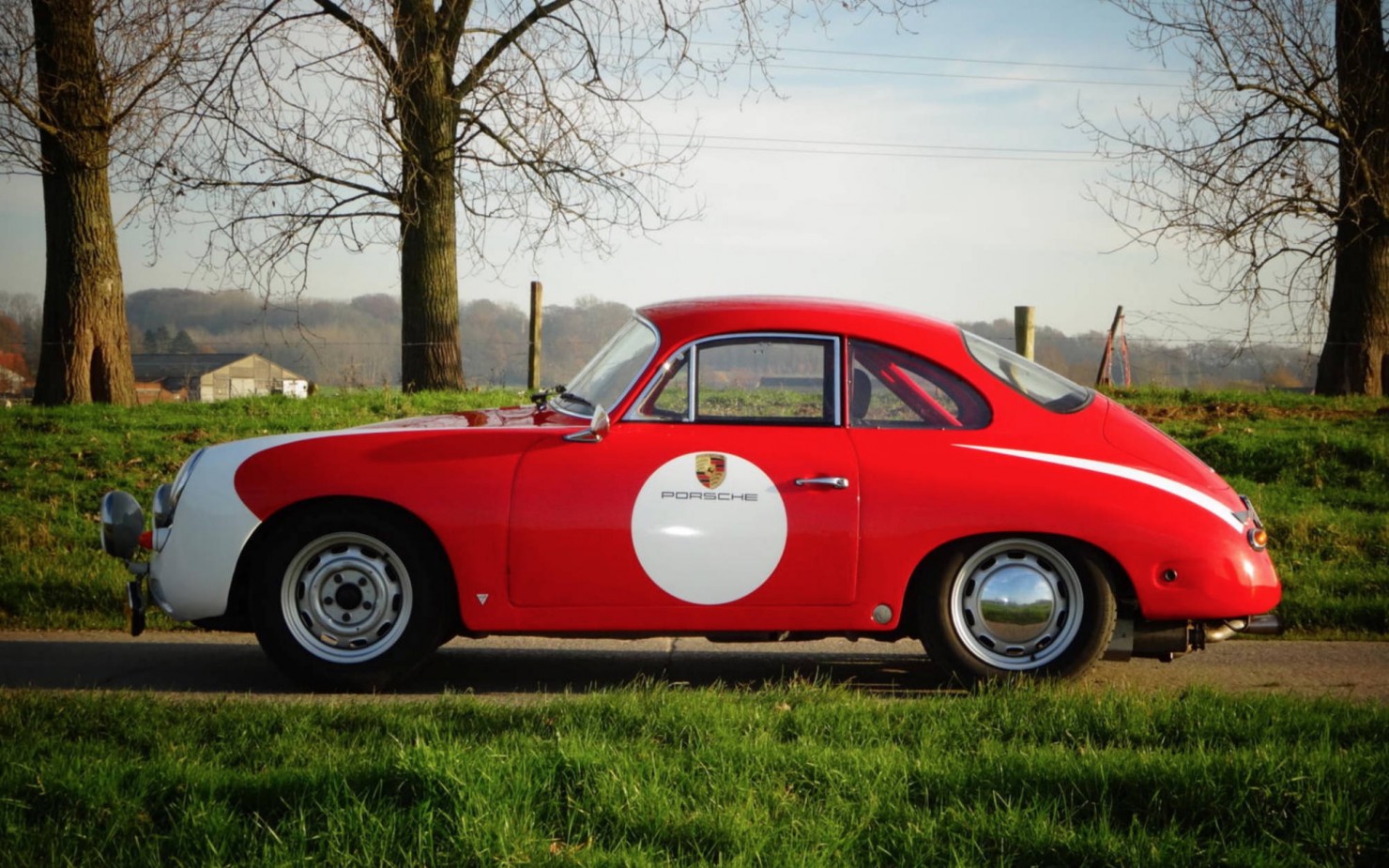 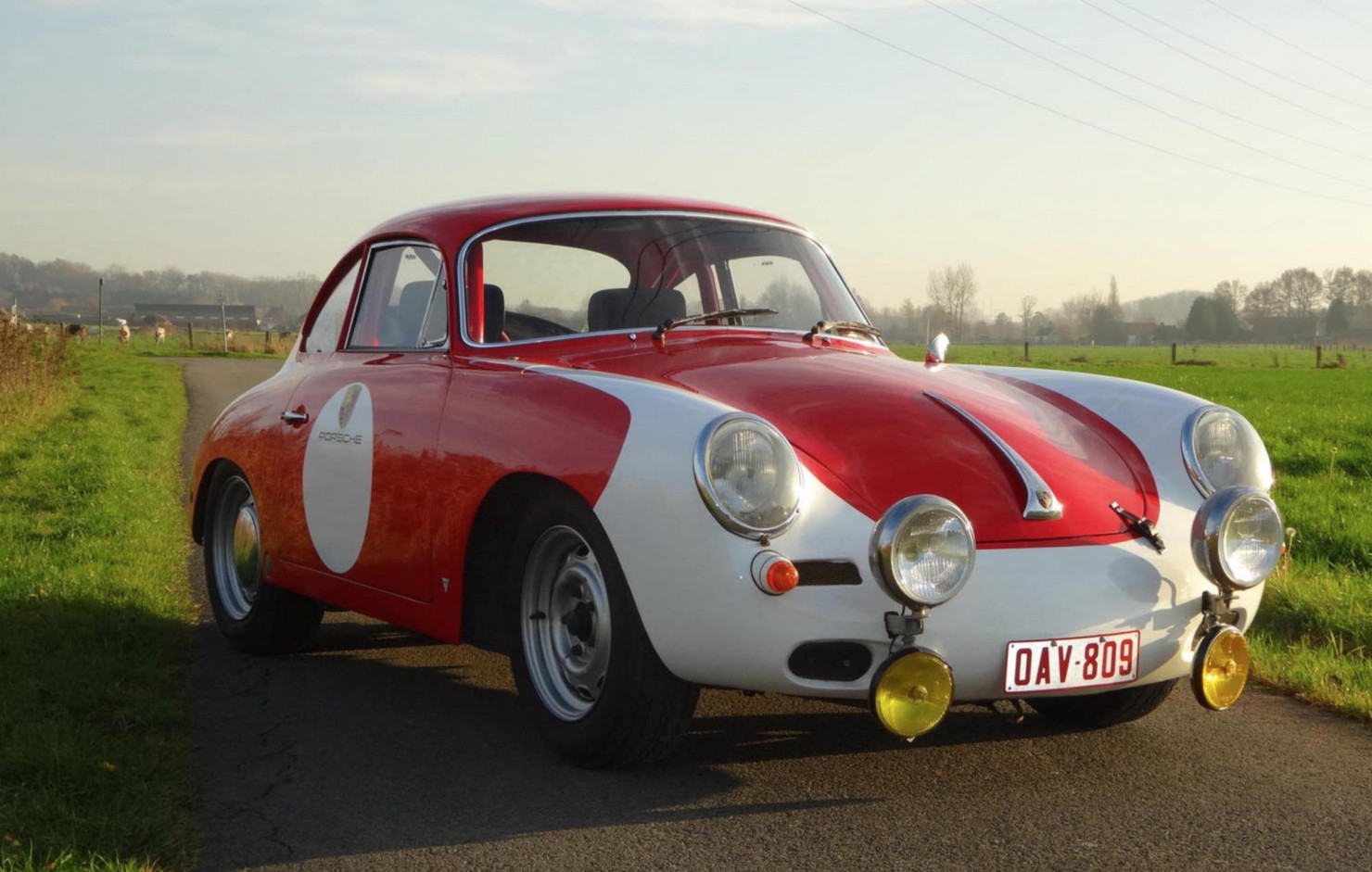 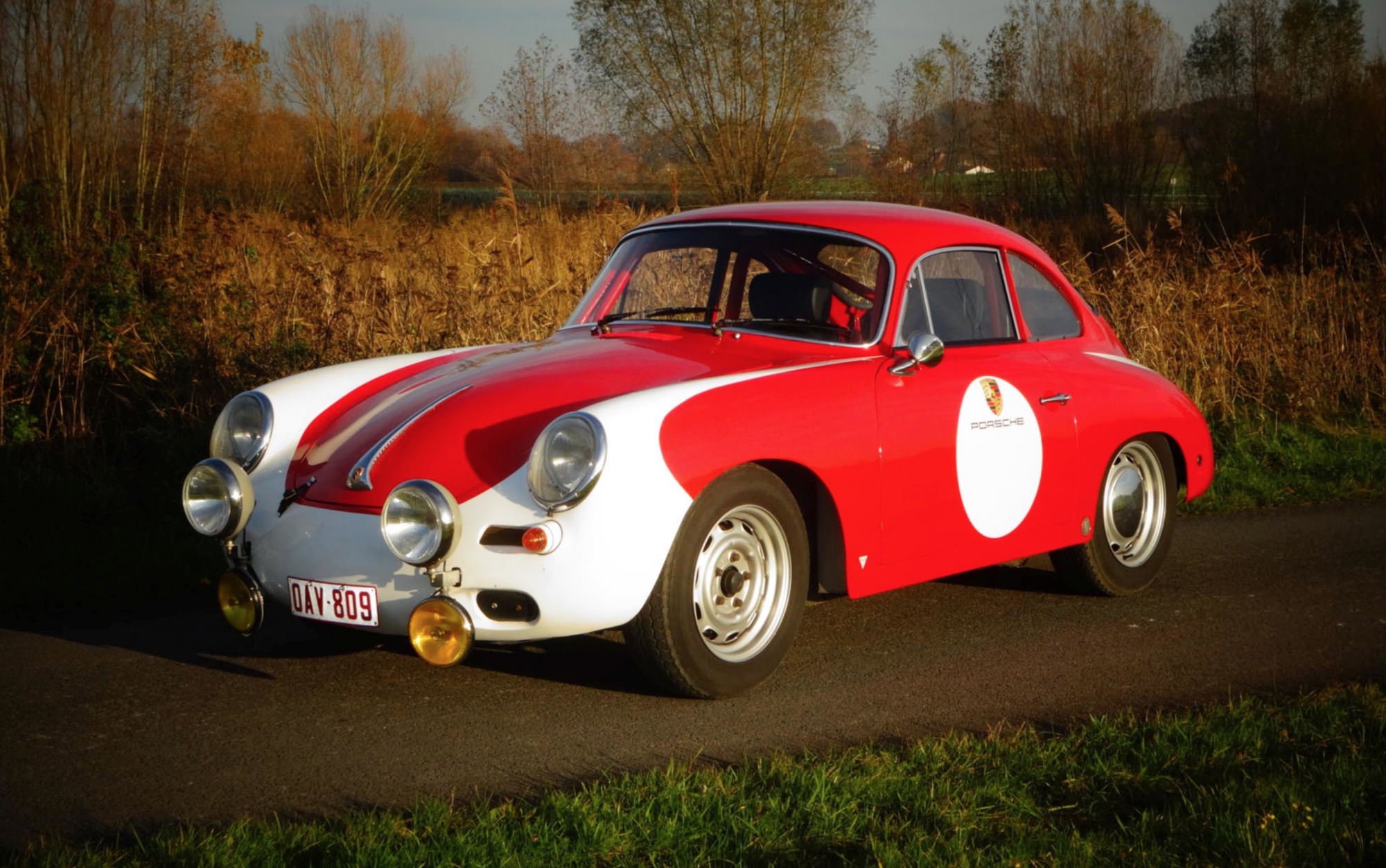