“27” is a wonderful 8 minute film about a unique Porsche 356 America coupe and its history with its first owners in 1953 – Gordon and Lois Sheldon.

The story of the Sheldons will sound familiar to many, shortly before adopting their first child Gordon Sheldon arrived home one afternoon with a gleaming new Porsche 356 America coupe.

Of course Lois had some reservations, a new child was going to require a large financial outlay setting up their room and catering to their needs, and she wasn’t sure a new sports car was really an important expense.

It’s not uncommon for men to buy themselves a car or motorcycle shortly before the arrival of a new baby – I’m sure psychologists could explain it but I think it probably has something to do with wanting to keep a firm grasp on the trappings of youth before starting that journey into middle age. 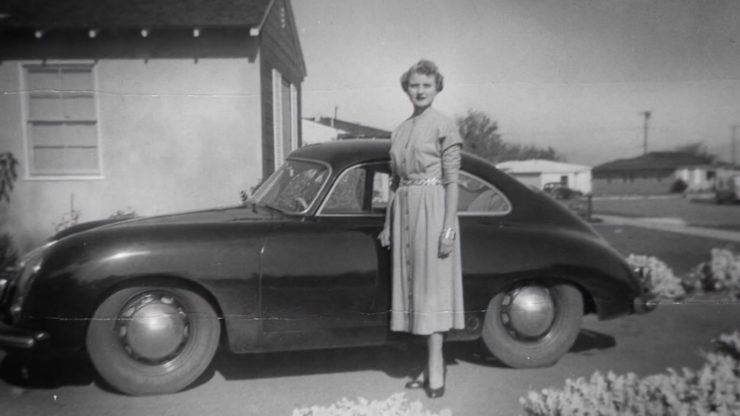 Above Image: Lois Sheldon with the car in the 1950s.

As it happens the 356 turned out to be a good buy, the small back seats provided ample space for their new child (after they put some cushioning in). This was many years before modern child restraint laws of course! It’s wonderful to see the now 93 year old Lois Sheldon being reunited with the car and the good news is that the car’s current owner isn’t going to restore it, rather he’s keeping it just as it is to preserve its history.

This film was made by the team at Red Guitar, it won “Best Documentary Short” at the Los Angeles Movie Awards, and it was directed by David Green, you can click here to subscribe to his channel on YouTube.

After decades collecting dust in a storage building in the California desert, a 1953 Porsche 356 America coupe is returned to the road and reunited with the 93-year-old original owner. 2018 Winner of the Los Angeles Movie Awards Best Documentary Short. A film by Red Guitar, redguitar.com. 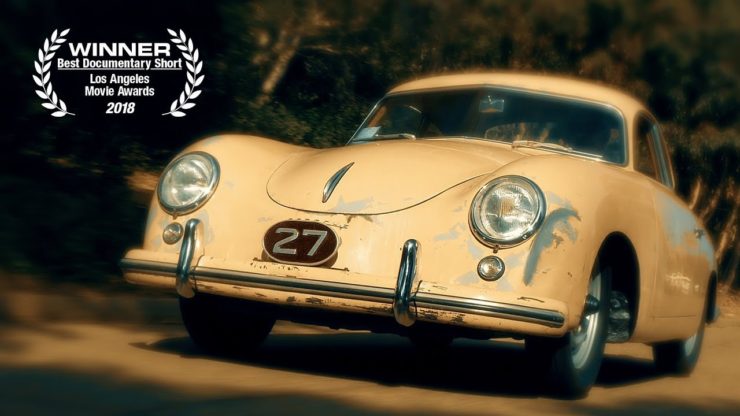