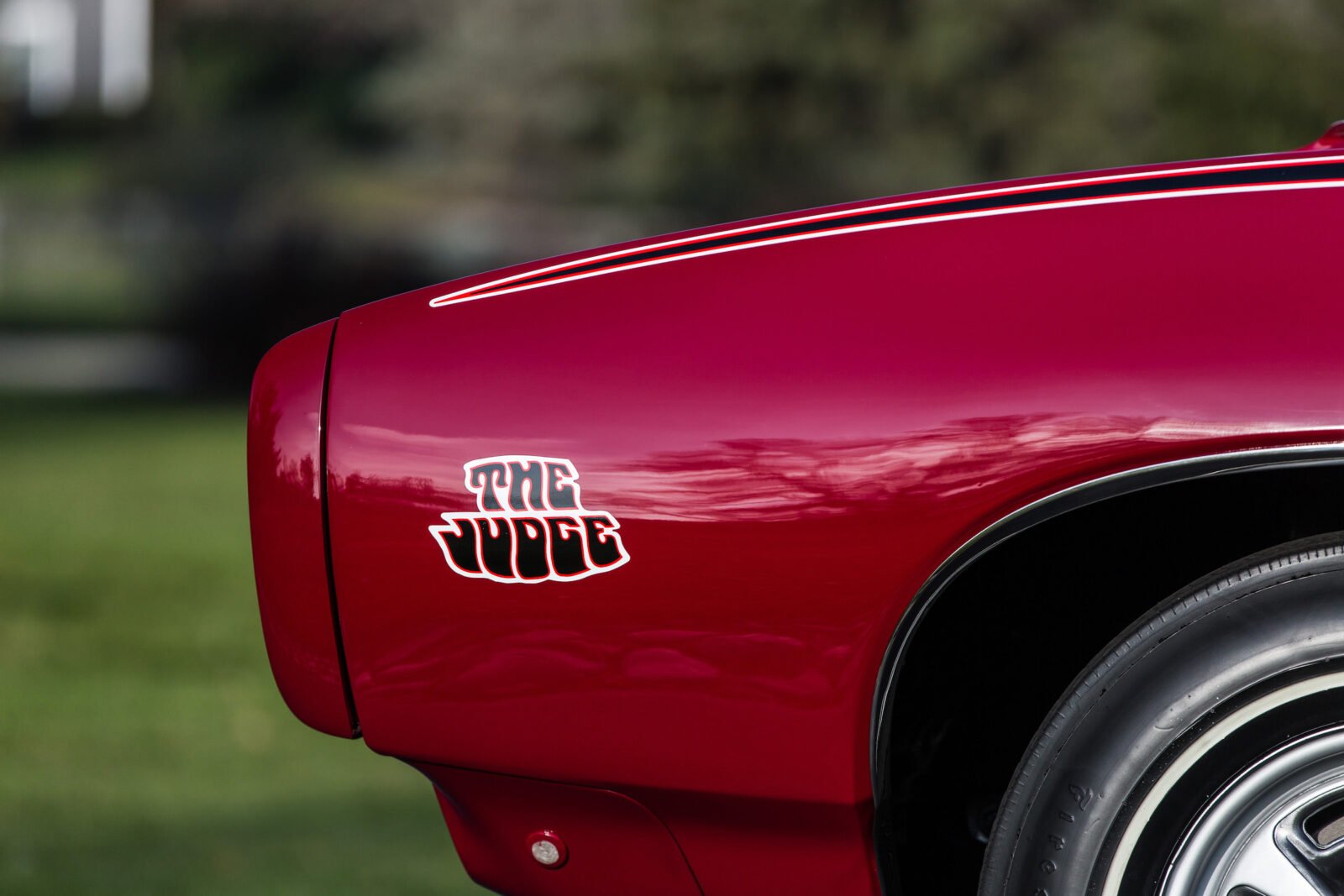 The Pontiac GTO Judge is a car that very nearly didn’t exist. It was originally intended as a cheaper, entry level version of the Pontiac GTO called the “E.T.” that would compete with the less expensive but no less popular Plymouth Road Runner, however this plan didn’t survive its presentation to Head of Pontiac Division John DeLorean.

On seeing the specifications of the proposed new Pontiac GTO E.T., DeLorean took immediate issue with both the name and the engine. The engineers had specified that the new E.T. would be fitted with the Pontiac 350 cubic inch V8 with a 4-barrel carburetor, a manual transmission, and twin exhausts.

DeLorean famously proclaimed “Over my dead body. Don’t you know this is a 400-cubic-inch world?”

The design team were sent back to the drawing board with clear instructions – come up with a better name, and fit a bigger engine. 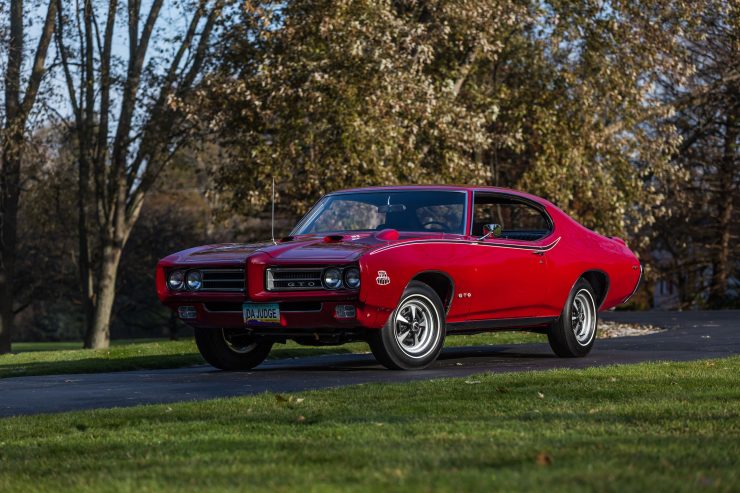 When the team returned they presented a new design, with a 10.75:1 compression-ratio Ram Air III 400 cubic inch 366 hp V8, a 4-speed Muncie transmission with a Hurst T-shifter, wider tires, a low-restriction twin exhaust, and a rear spoiler.

DeLorean personally named it the “Judge” after a popular sketch on Rowan & Martin’s Laugh-In, an American sketch comedy television program that aired from the late 1960s till the early 1970s. Perhaps the greatest benefit of this name was the marketing possibilities – these were fully utilized by the PR folks at Pontiac, with catchphrases like “All rise for the Judge” and “The Judge can be bought”.

The Public Reception of the Pontiac GTO Judge

Despite its original intention as a cheaper version of the original Pontiac GTO, the Pontiac GTO Judge would end up costing $322 USD more than the original when it was introduced in 1969.

Despite this additional cost, and $322 was no insignificant sum in 1969, the GTO Judge sold well – making up approximately 10% of all GTO sales and establishing itself as a viable, profitable, and popular sub-model.

Pontiac had originally intended the Judge to be a one year special, but they decided to keep it in production for three years – 1969, 1970 and 1971 – discontinuing it after its final year as GTO sales had shrunk to 10,532, with just 661 of these being Judges. 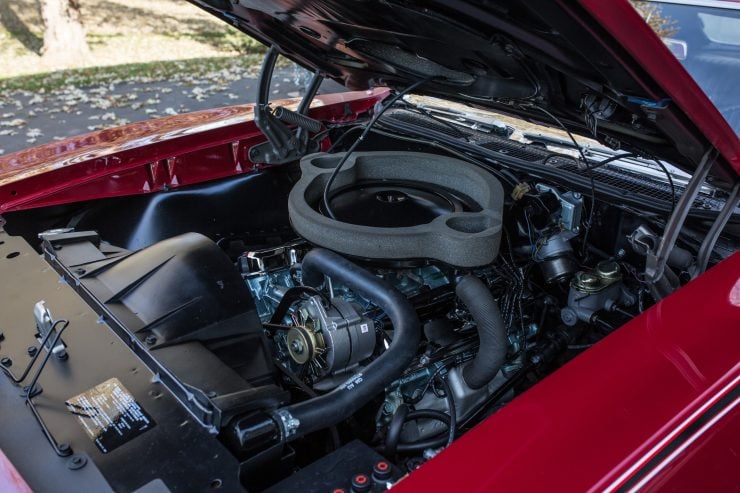 Being sold new at dealer Stony Brook Garage Inc. in York, Pennsylvania is a big part of this car’s story. This region was a mecca for performance cars of the Eastern Seaboard, and it’s an indication that if this car could talk, it would have some stories to tell.

In recent years the car has been sympathetically refreshed with a strong focus on maintaining its originality throughout – an important thing as original GTO Judges continue to skyrocket in value.

If you’d like to read more about this car or register to bid, you can click here to visit the listing on Mecum. It’s due to roll up onto the auction block in mid-May. 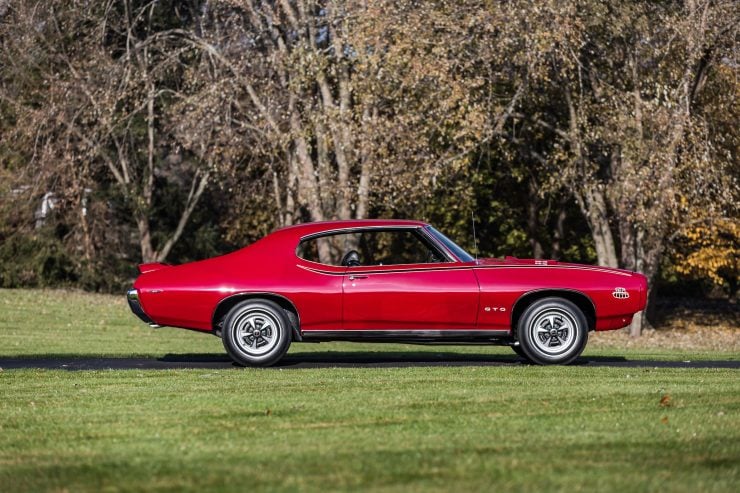 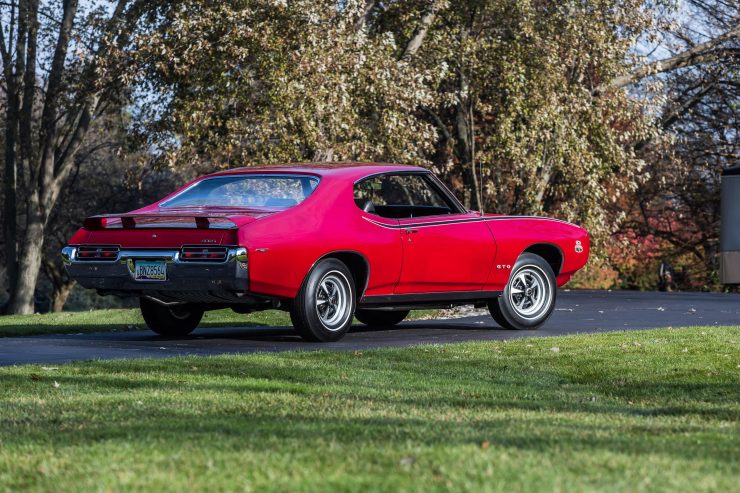 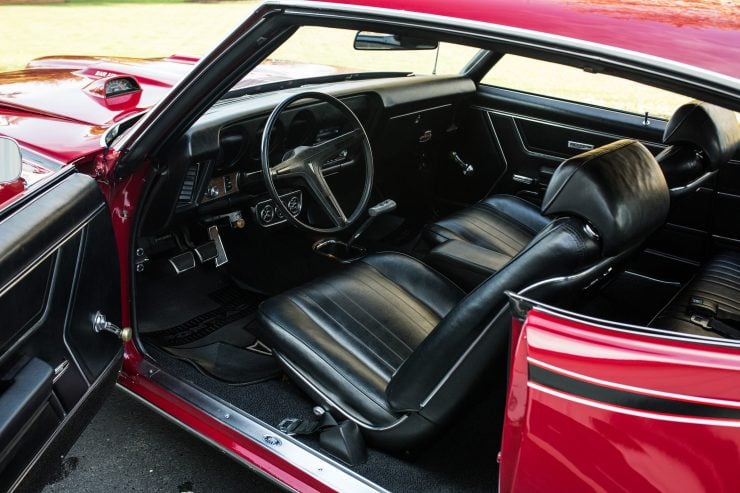 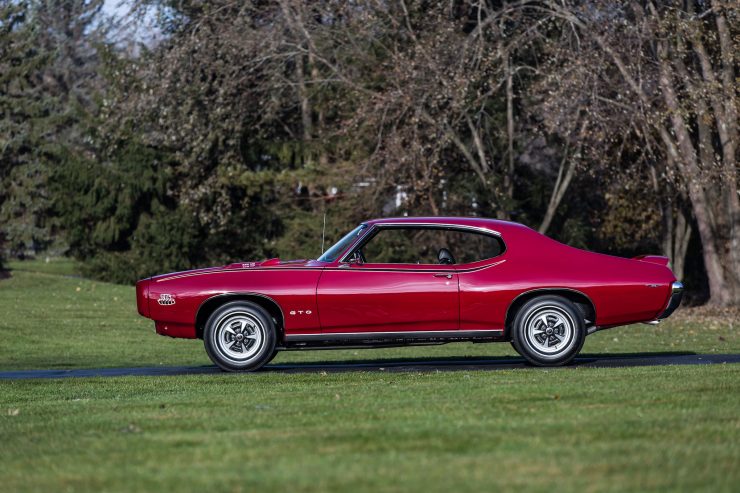 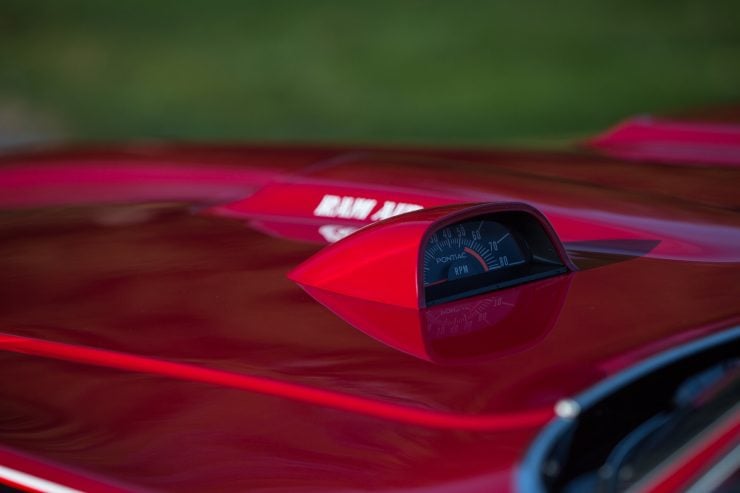 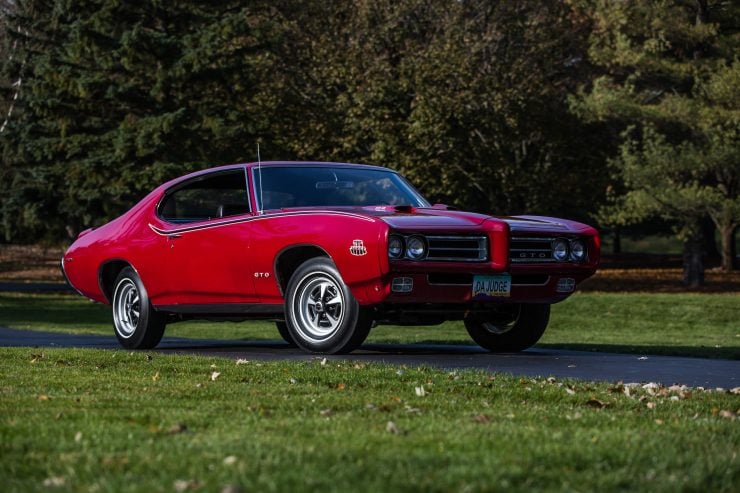 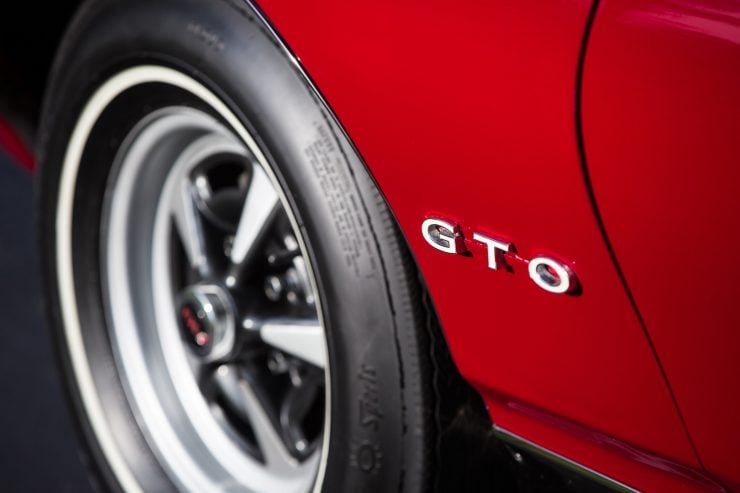 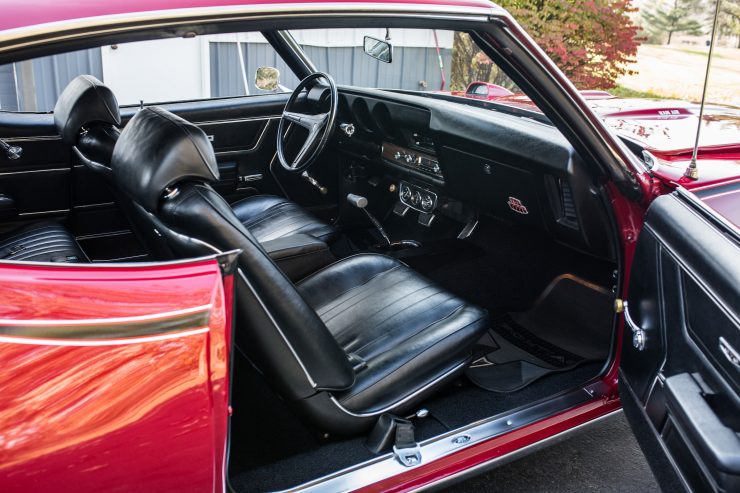 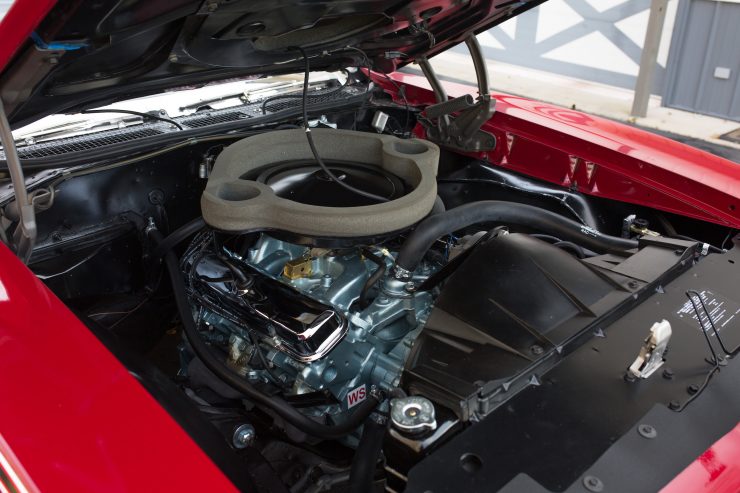 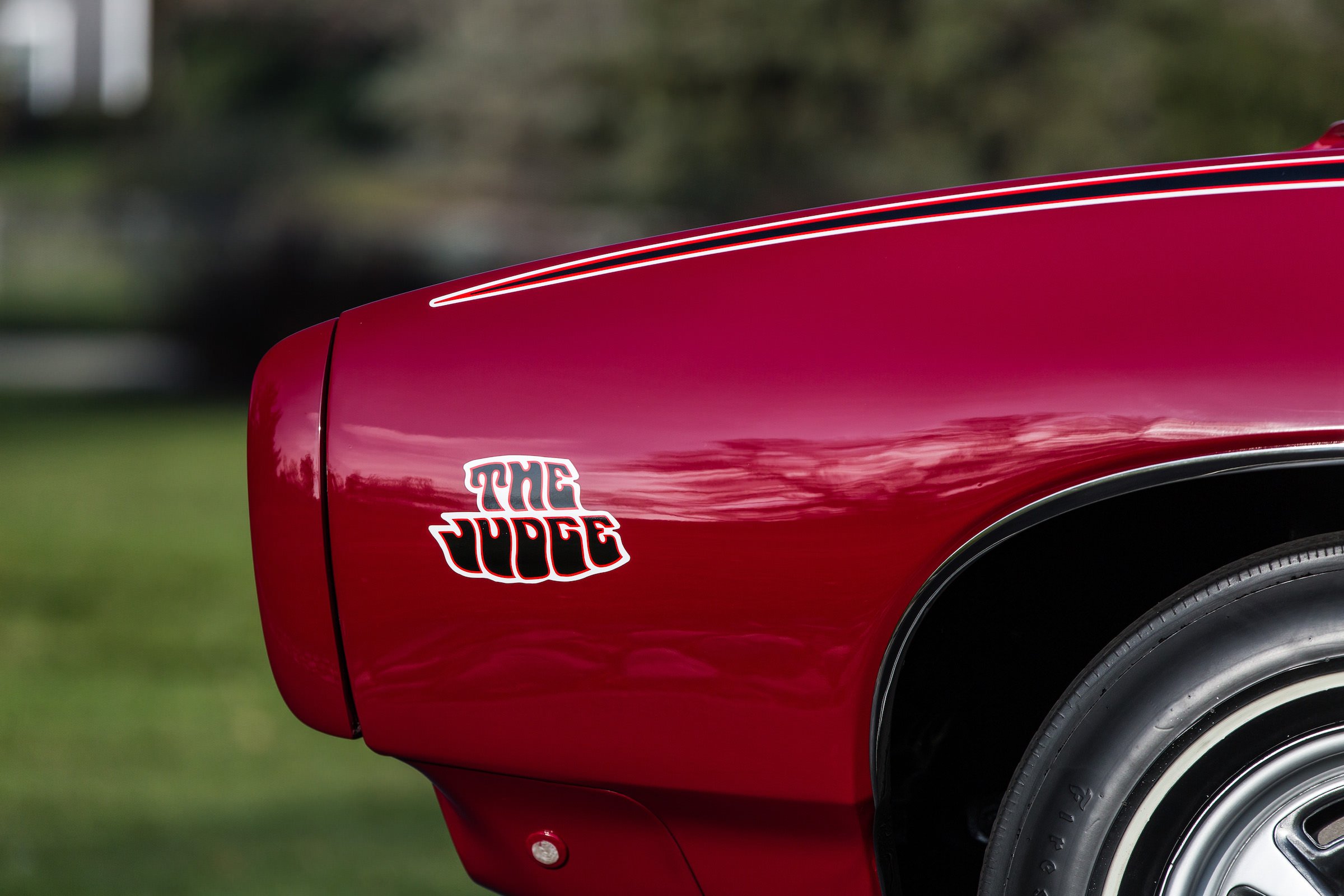