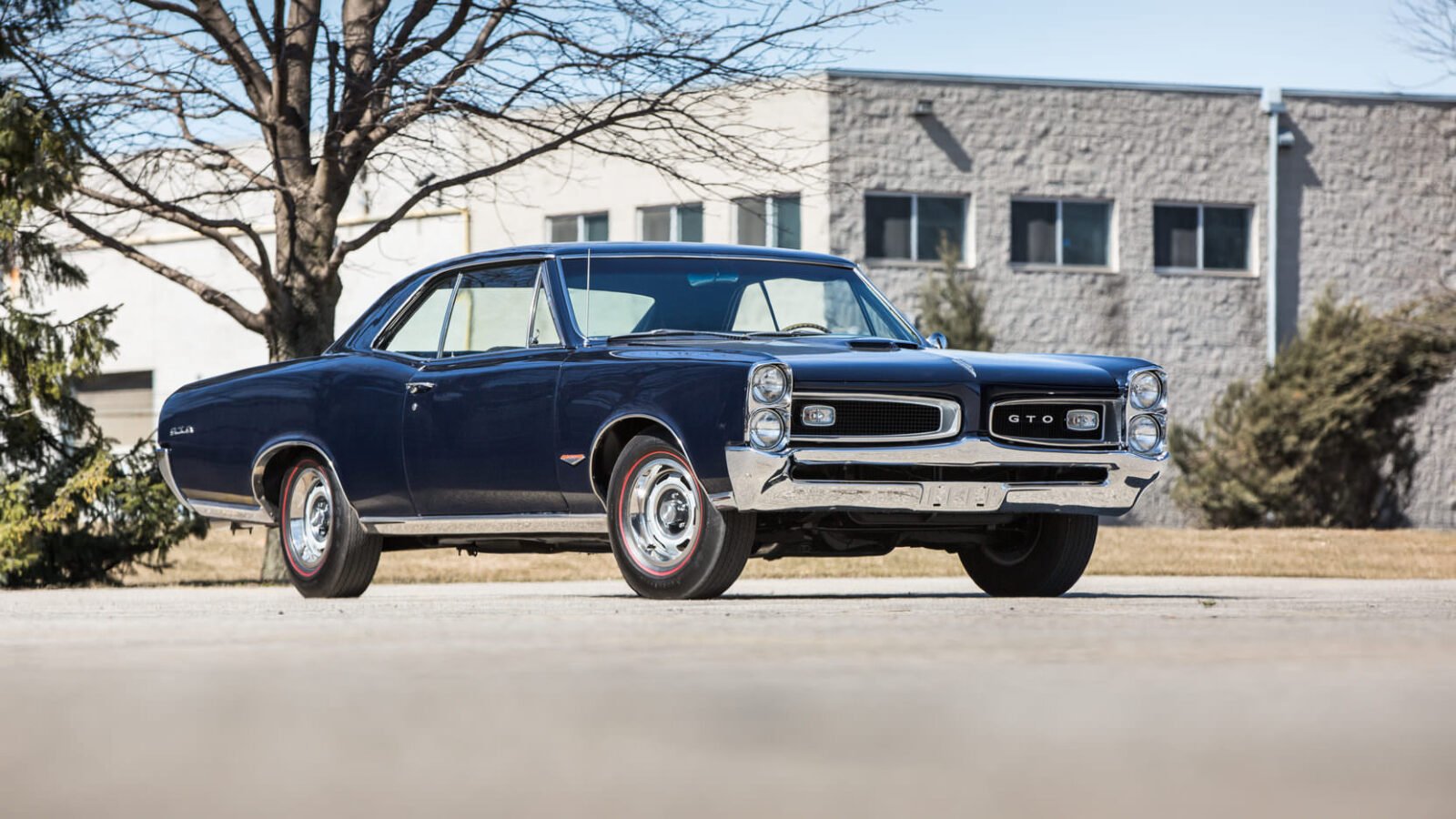 The Pontiac GTO is remembered fondly as John DeLorean’s second most famous achievement, after the DMC-12 of course, which although already famous was shot to solid platinum celebrity status thanks to its memorable appearances in the Back to the Future film series.

It’s difficult to imagine any to 10 list of American muscle cars without the GTO featuring in either the number #1 position or very close to it. It ticks literally every box on the muscle car must-have index, and some would argue that the GTO wrote the book on what a muscle car is in the first place.

A BRIEF HISTORY OF THE FIRST GENERATION PONTIAC GTO

General Motors had policies in place in the early 1960s to stop wild and wonderful vehicles like the GTO being built. There were a number of reasons for this – Pontiac wanted to avoid rocking the boat and compromising the appeal of the brand to older more mature buyers, and another more pressing reason was the risk the company was at of being divided up into smaller independent companies to end its market dominance.

Pontiac chief engineer John DeLorean and colleagues Bill Collins and Russ Gee developed a plan to build the car that GM had made impossible. They discovered that the 389 cubic inch V8 fit under the hood of the Pontiac Tempest LeMans, creating what was initially nicknamed the “389 Tempest”. This engine combined with a manual transmission could launch the Tempest down the 1/4 mile faster than anything else in the Pontiac model line, and the men concocted a plan to make it available to the general public. 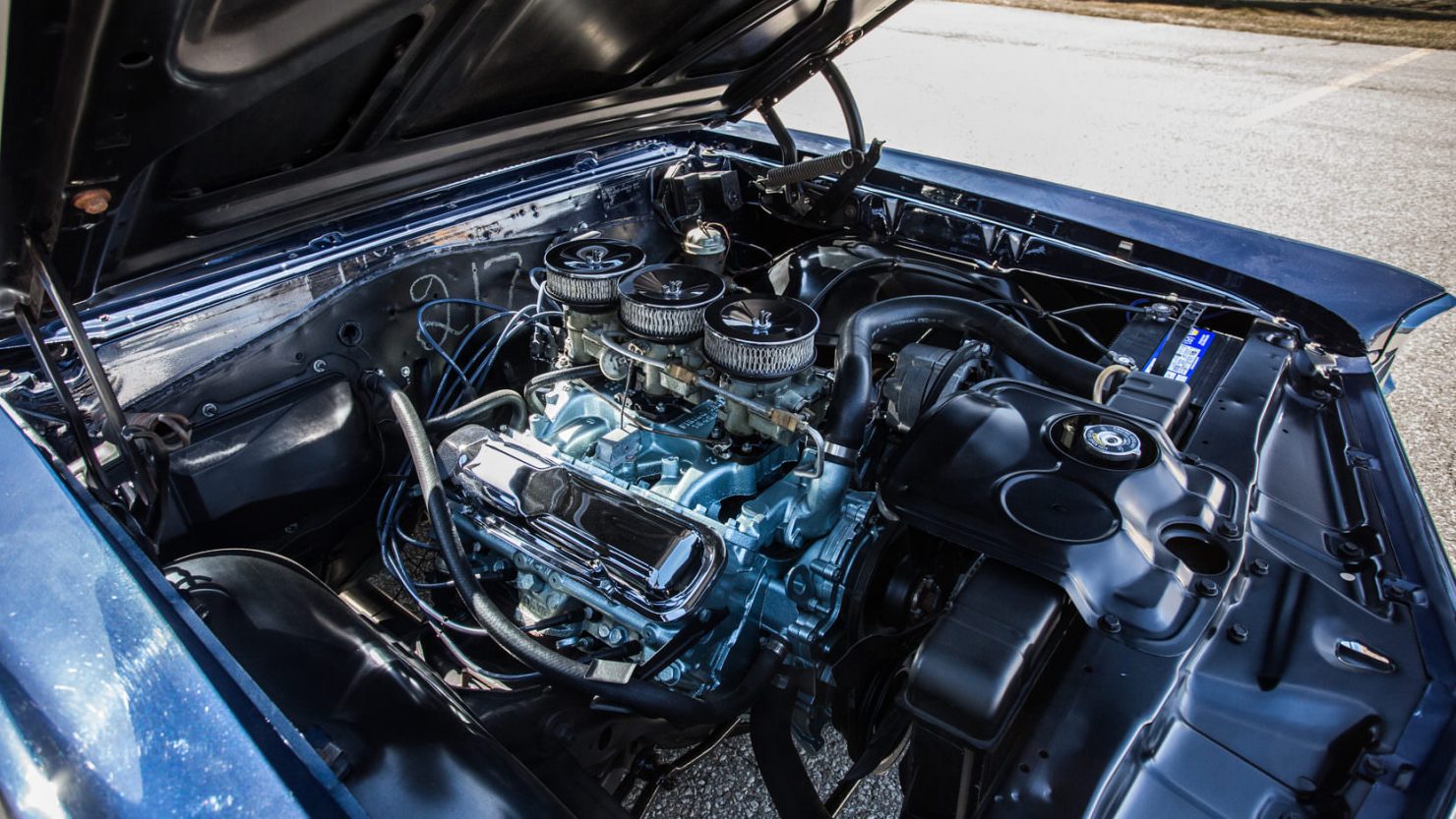 Rather than selling the GTO as its own model, it was sold as an option package on the Pontiac Tempest LeMans. If you ticked the GTO box when ordering your new Tempest in 1964 your car would come equipped with the 325 horsepower 389 cubic inch V8 (with a single Carter AFB four-barrel carburetor), dual exhausts, a chrome air cleaner and rocker covers, a 7 blade fan, stiffer suspension, a thicker front sway bar, hood scoops, wider wheels and tires, and a 3-speed manual transmission with a Hurst shifter.

General Motors conservatively estimated that they might sell 5,000 Tempest LeMans GTOs in 1964. By the end of the model year they had sold 32,450 units. They quickly realized just how big the market was for a car like the GTO, in 1965 with a new body style they sold 75,352 units – resulting in the GTO being sold as its own freestanding model from 1966 onwards.

The 1966 Pontiac GTO had slightly revised styling over the Tempest-option model from the year before, with a “Coke Bottle” side profile, and a revised backend. In just 2 years Pontiac had gone from not wanting to sell the GTO at all, to selling 96,946 units in the 1966 model year. This would be the highest production number ever for the model. 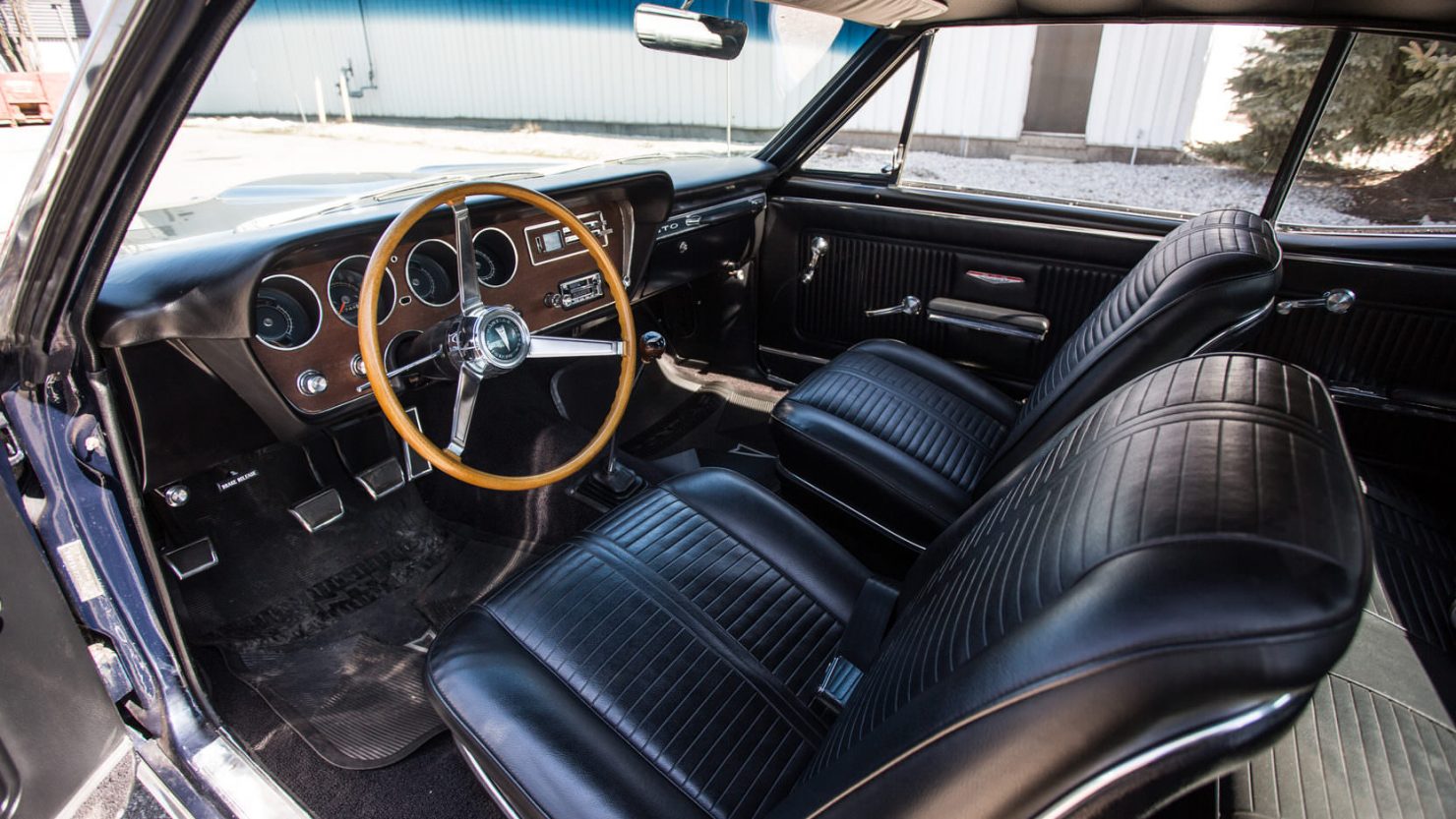 1967 was the final year for the first generation GTO, 81,722 were sold across the USA. There were a number of relatively minor changes to the model for ’67, more focus was applied to safety with an energy absorbing steering wheel, a padded instrument panel, 4-way emergency blinkers, and no more protruding control knobs. The Rochester Quadrajet four-barrel carburetor also became available, and the newly expanded engine size of 400 cubic inches could produce 360 hp in top trim, with the Rochester Quadrajets.

1968 would see the introduction of the second generation GTO, a completely redesigned car that would be built though till 1973.

The car you see here has the hugely desirable “Tri-Power” carburetion option fitted (three two-barrel Rochester 2G carburetors) giving it 360 bhp – up from the 335 bhp offered in the standard GTO. The car is also fitted with the 4-speed manual transmission, offering a far more entertaining driving experience than the alternative slush-box.

As you can probably tell, the car has been through a frame-off restoration which included a rebuild of both the engine and gearbox. It’s finished with a Nightwatch Blue exterior and a black interior, bucket seats, an AM-FM cassette radio, a 3.90:1 Positraction rear end, and new brakes, brake lines, fuel lines, shocks, shifter, clutch, gas tank, and an all-new wiring loom.

It’s due to roll across the auction block between the 21st and 23rd of September with Mecum Auctions. If you’d like to read more about it or register to bid you can click here to view the listing. 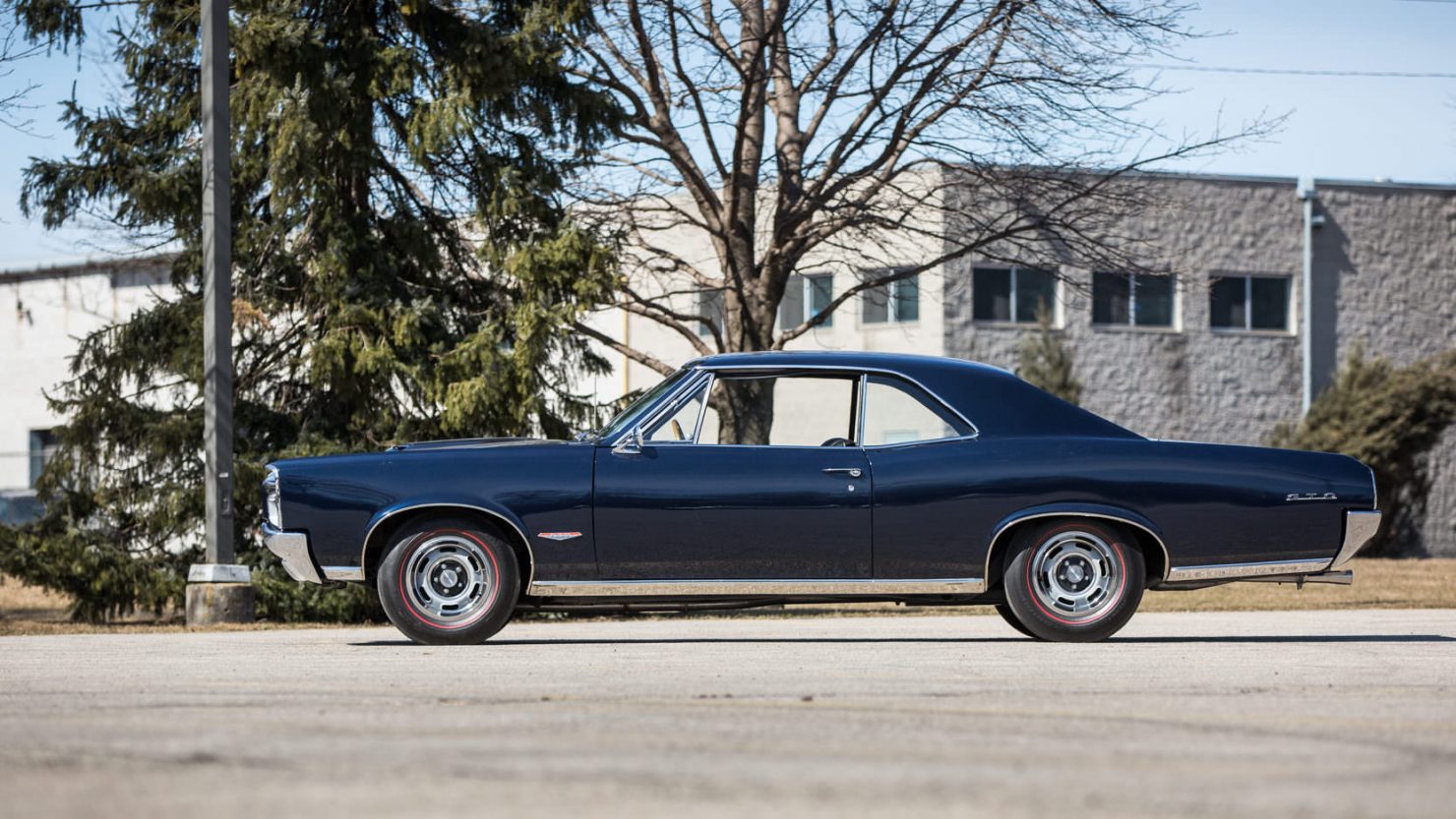 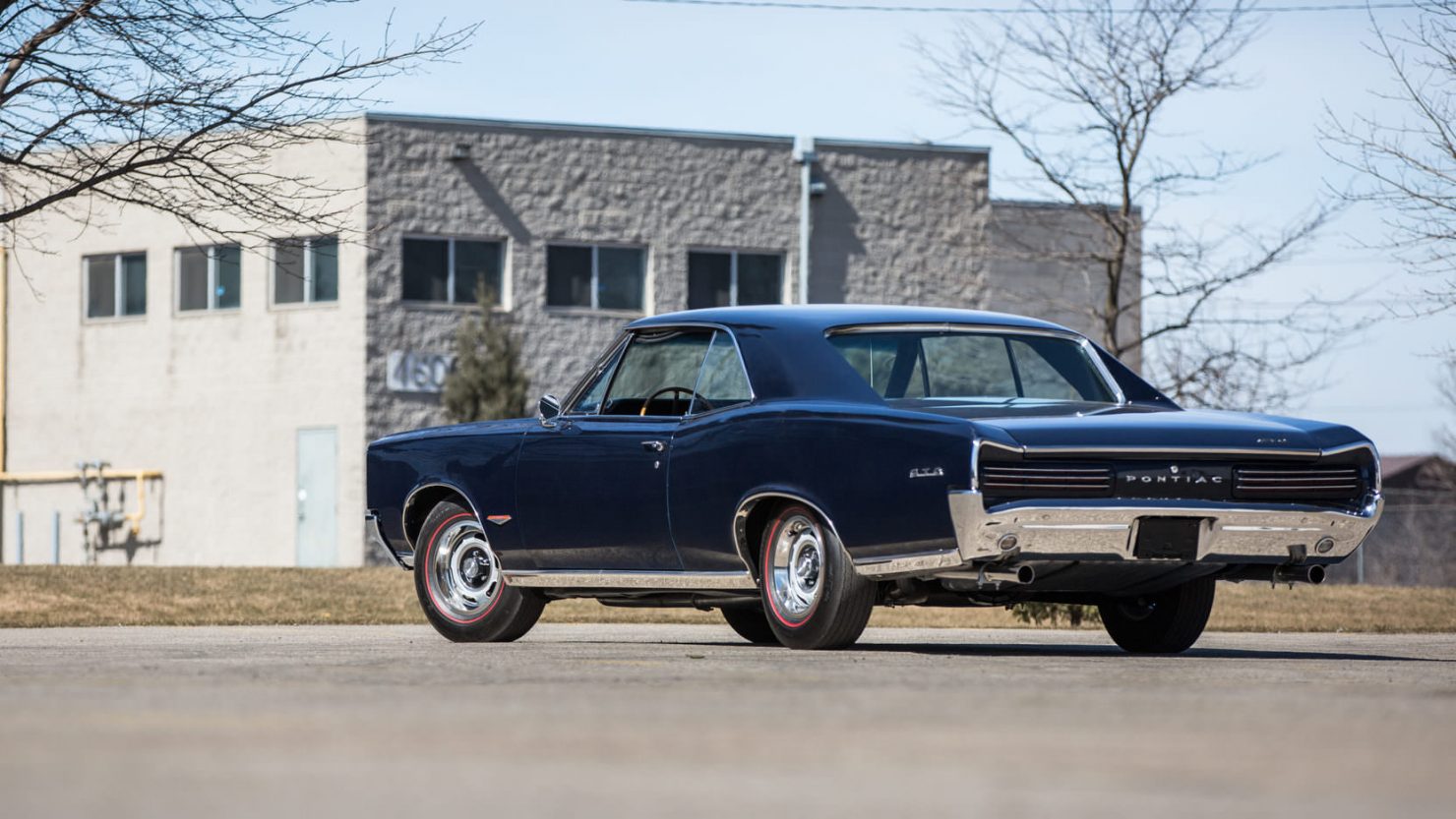 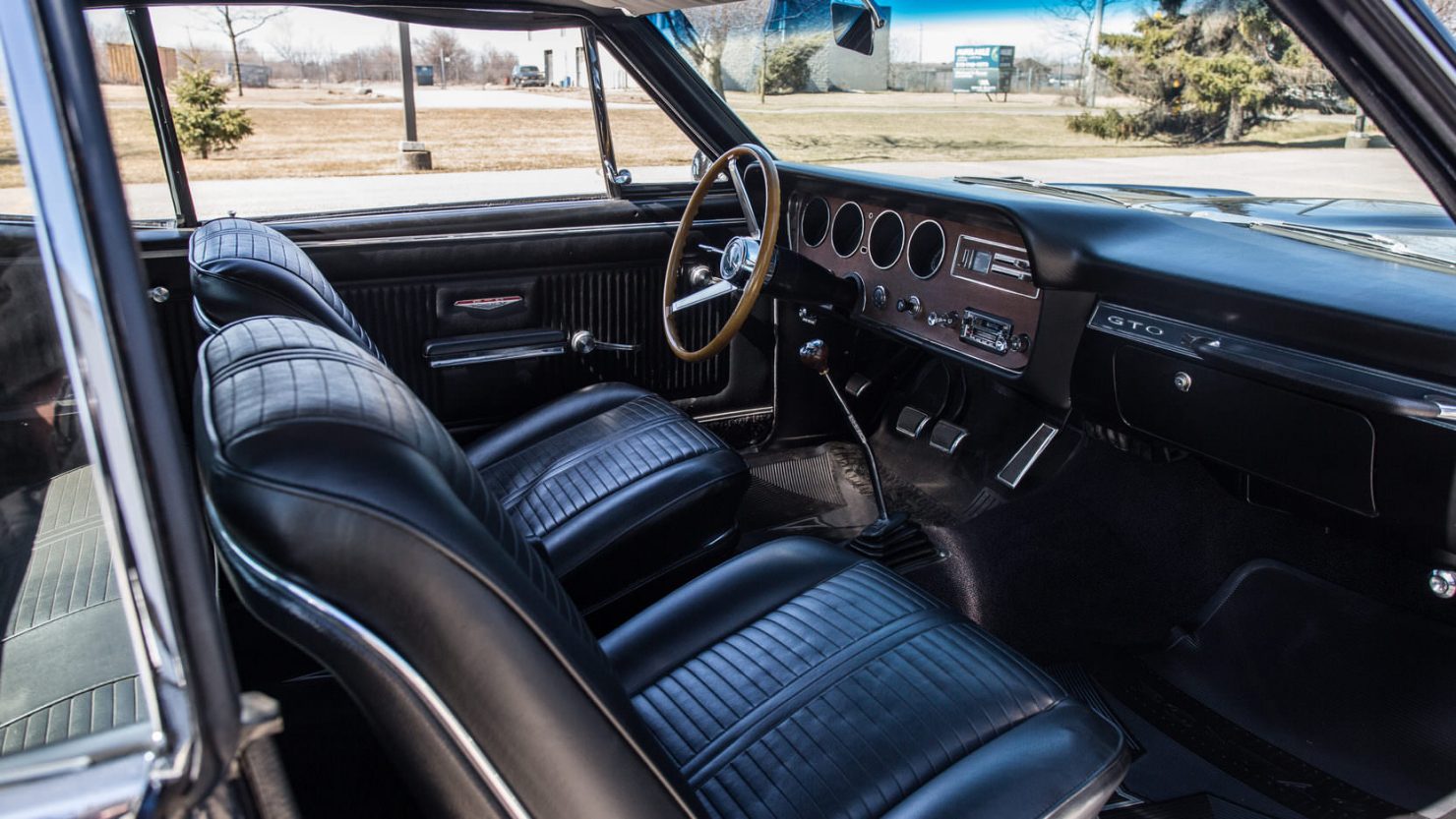 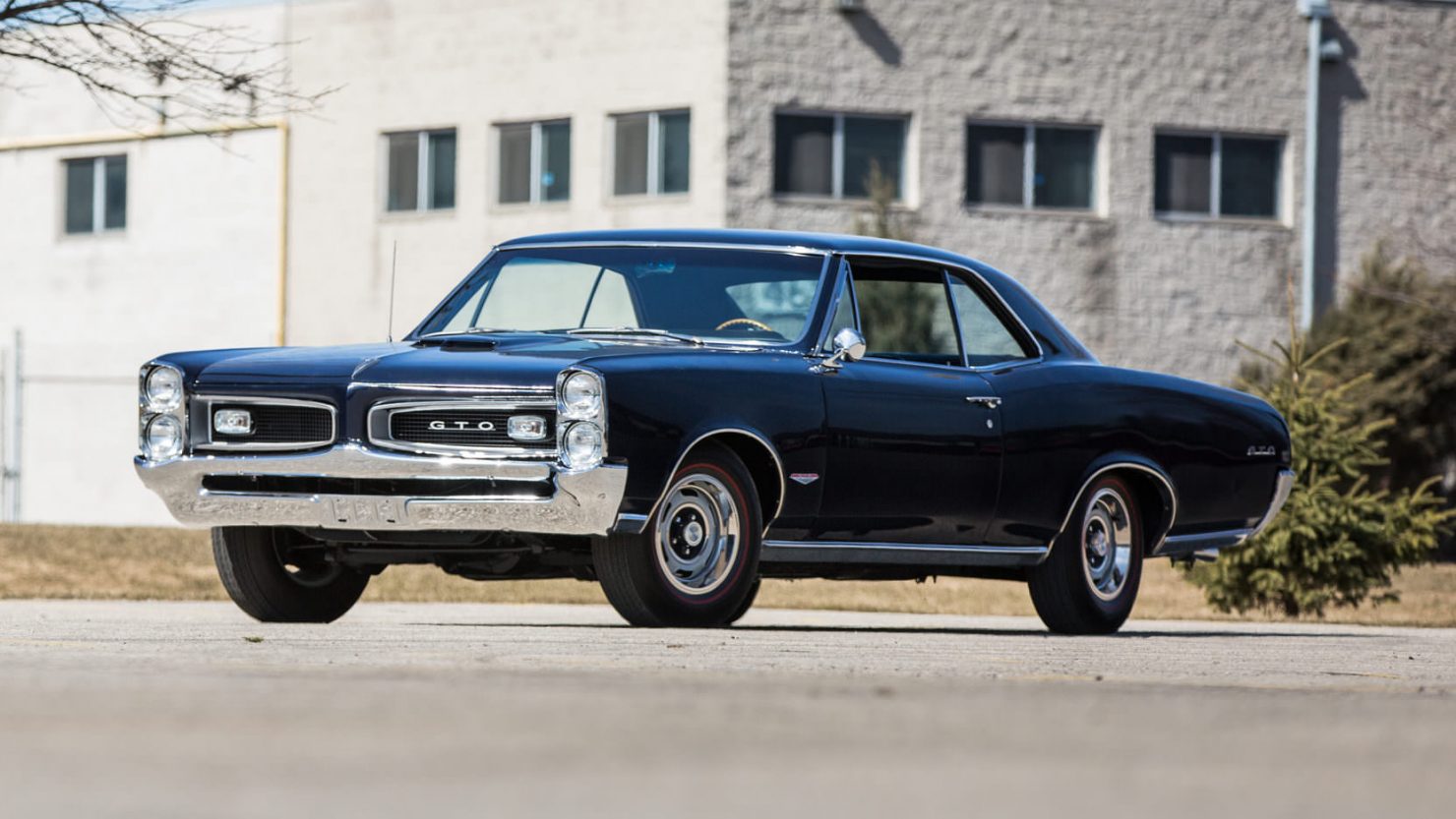 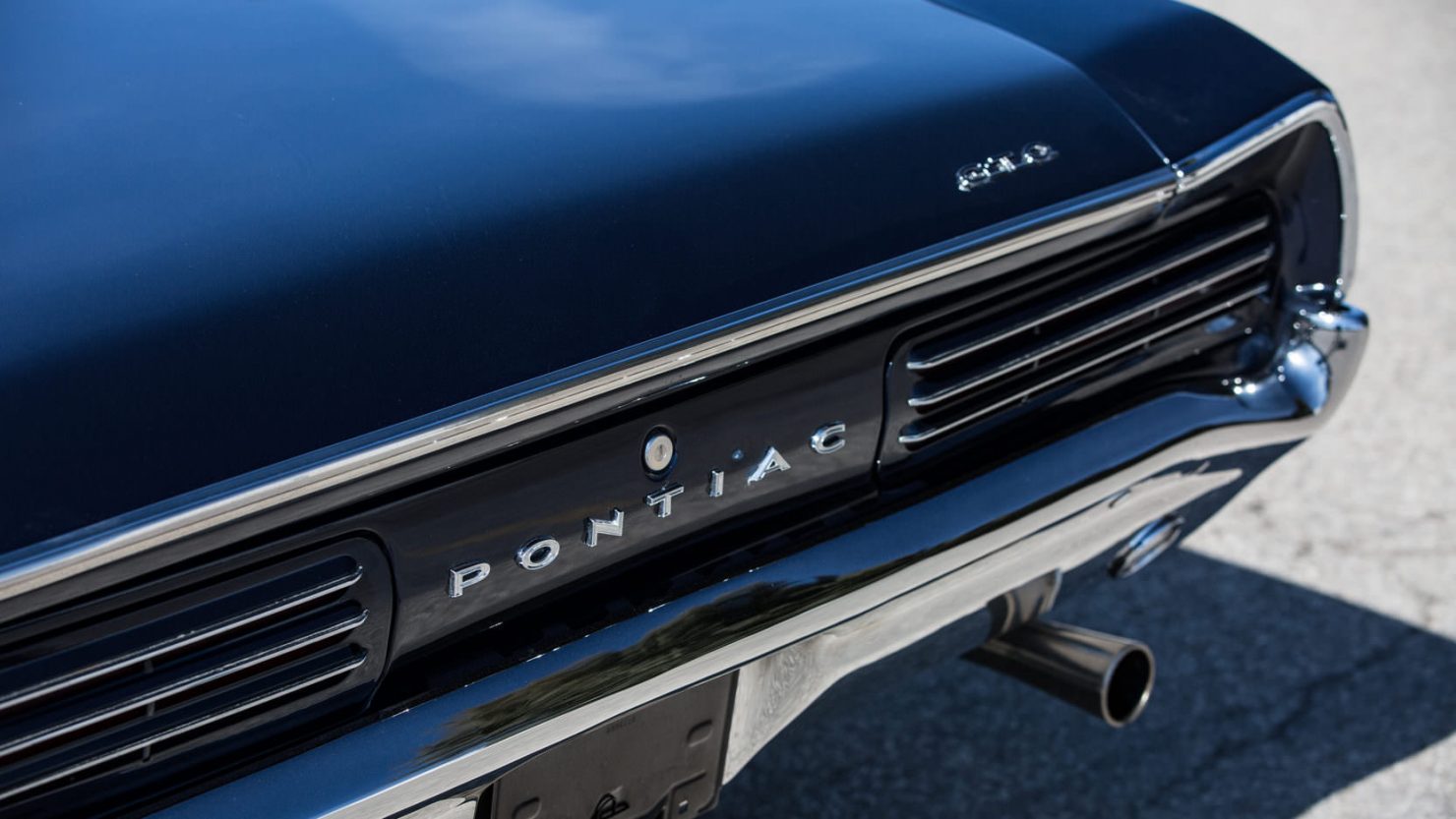 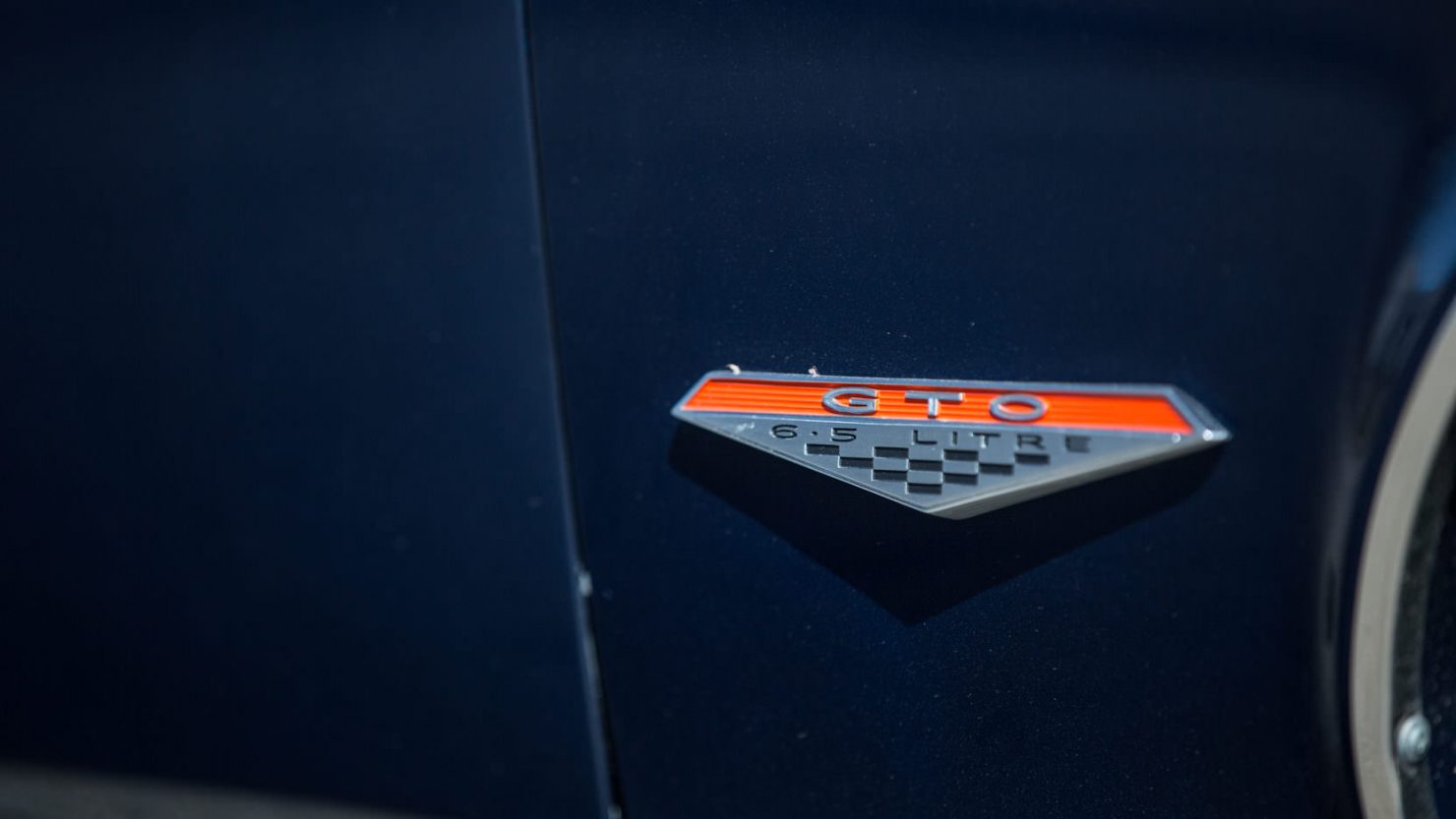 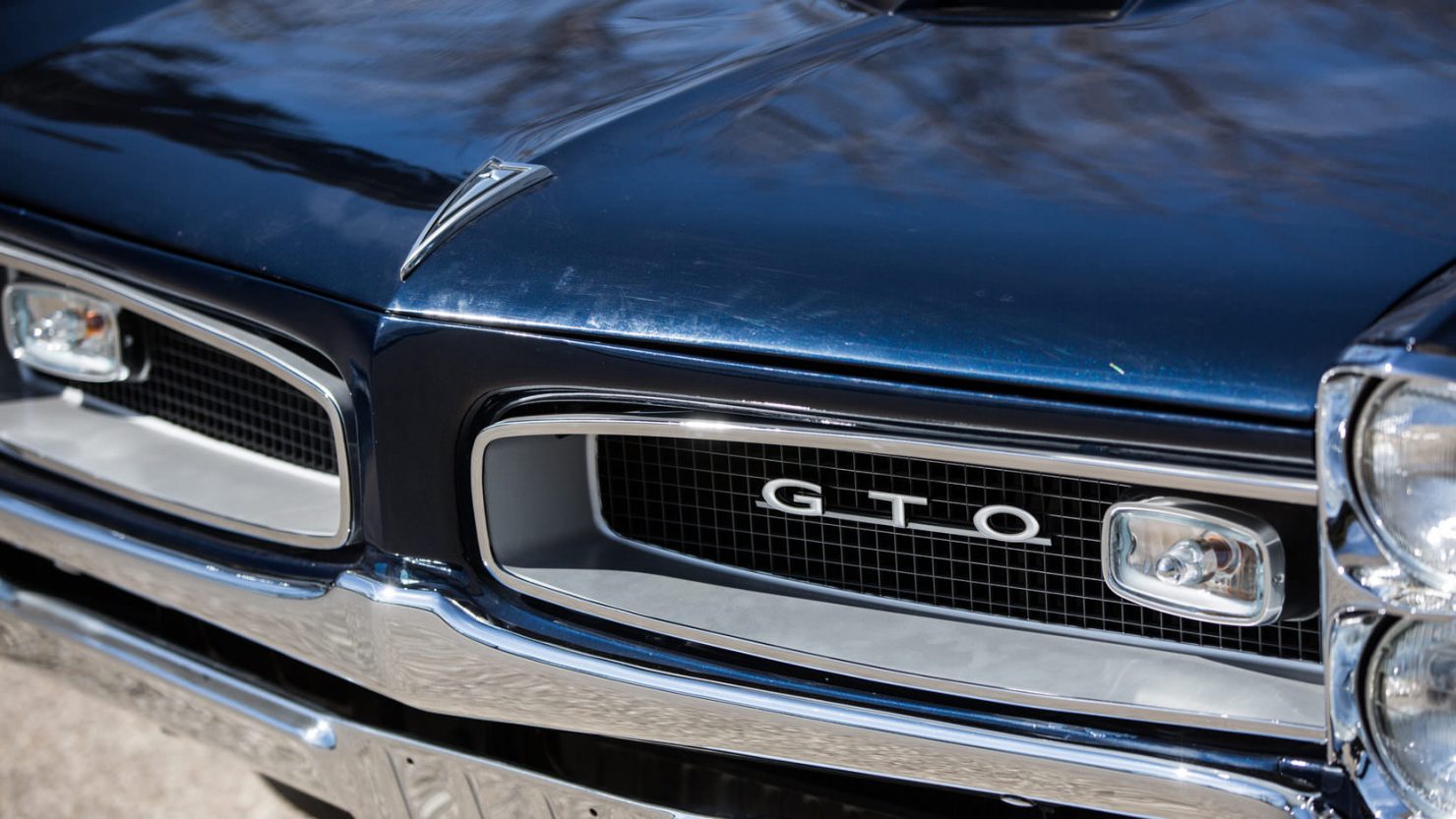 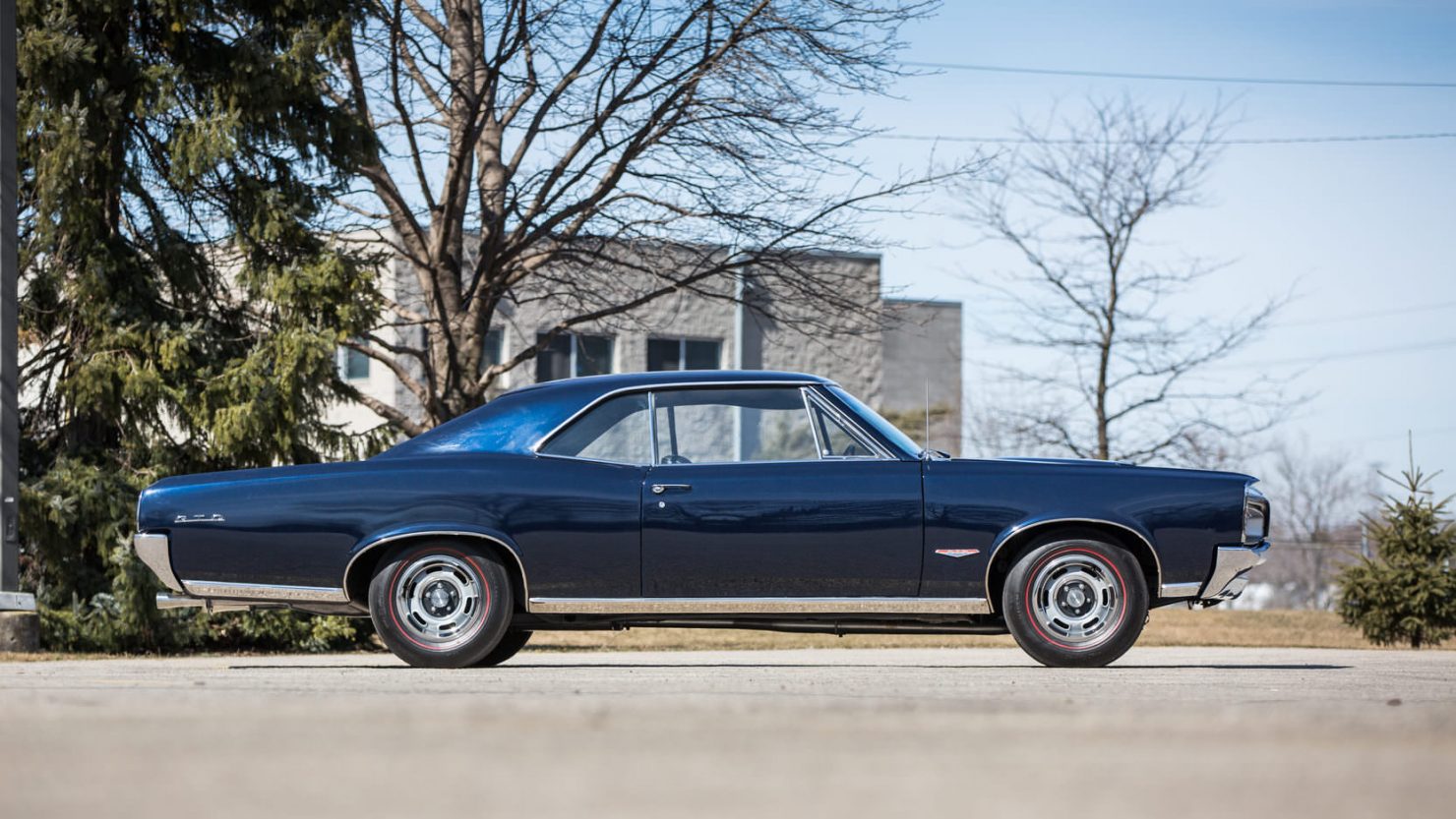 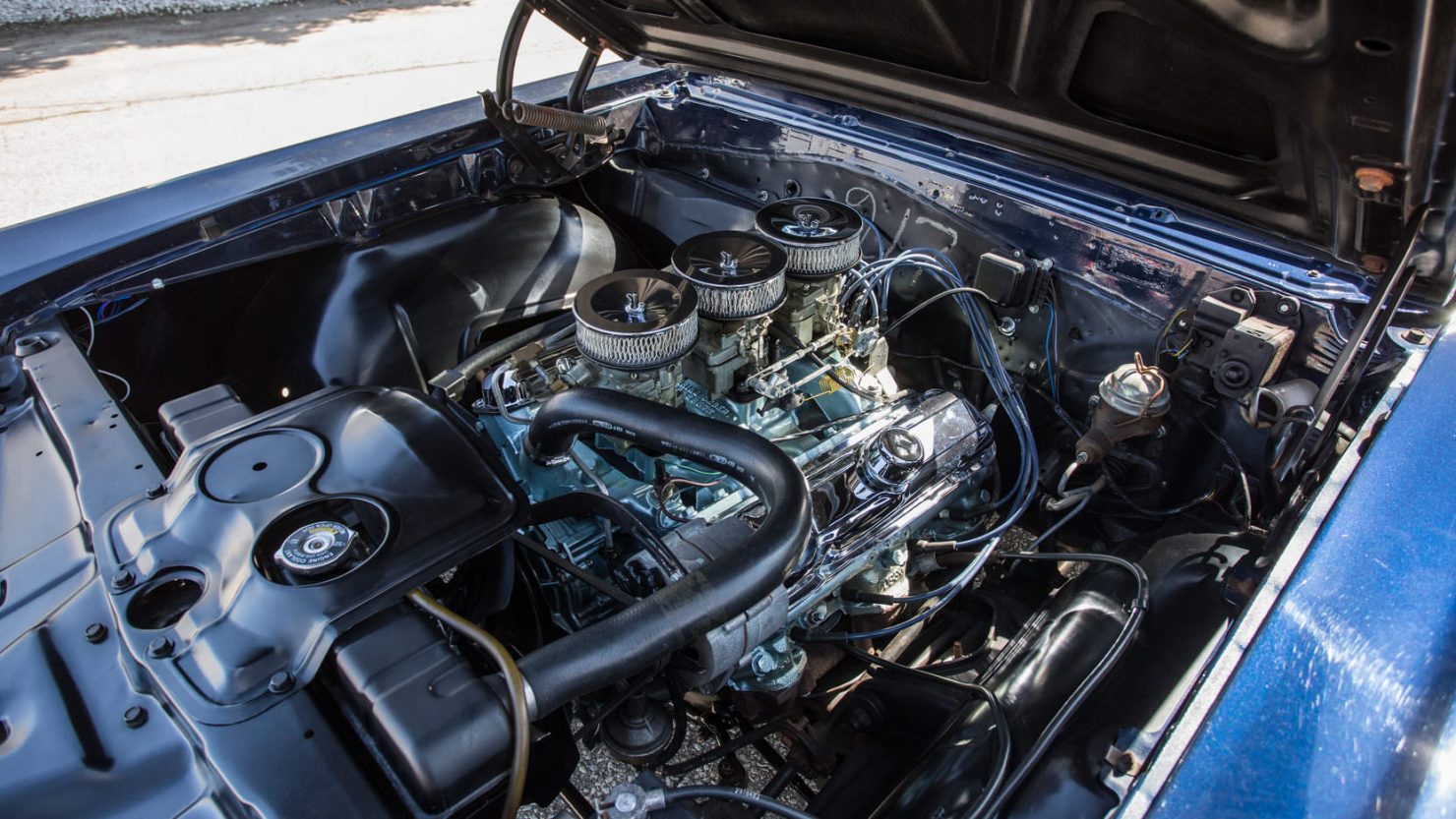 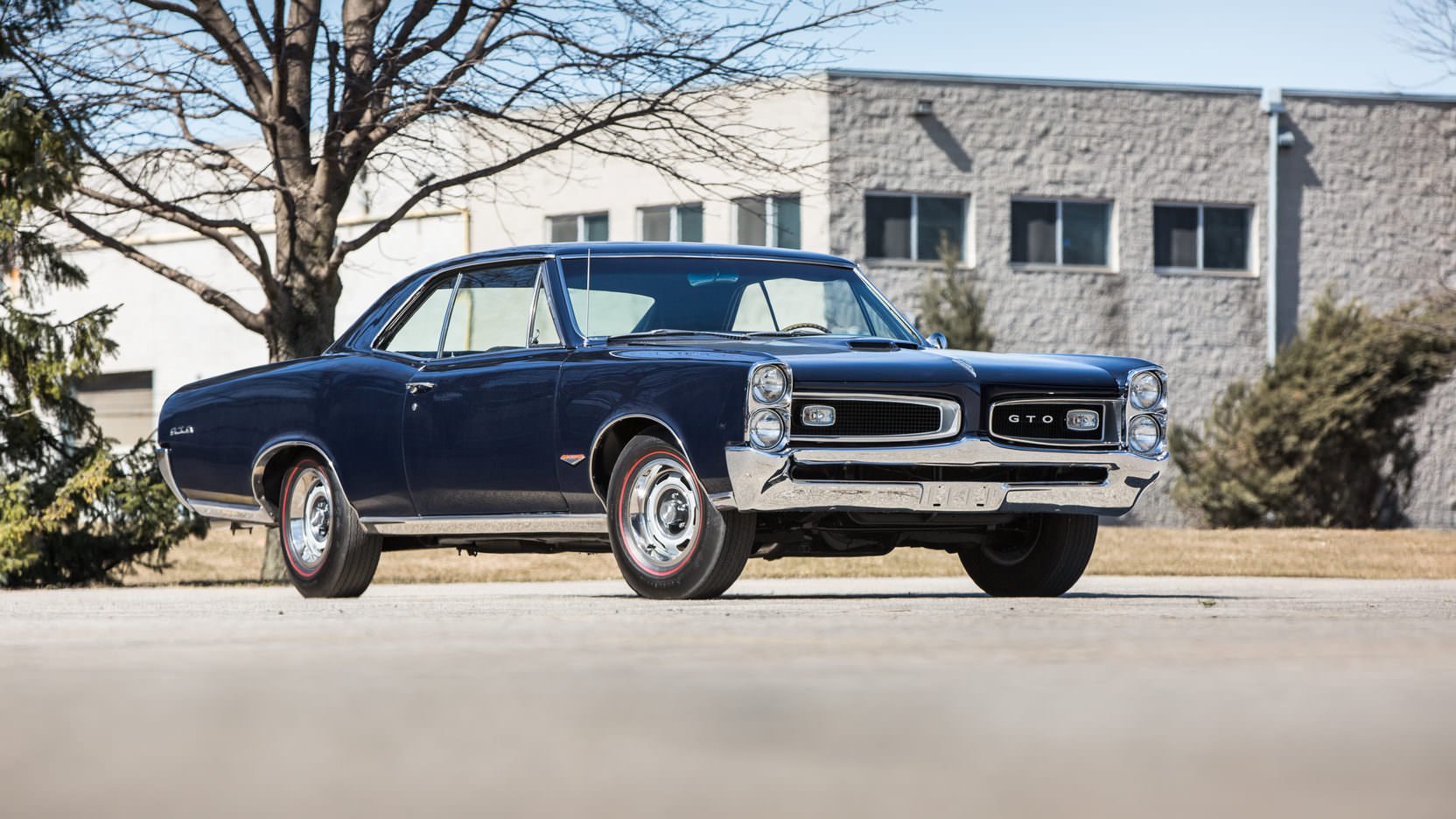